Ezra’s mother Anna is 30 years old and has been married for eight years now to her husband Denis. In their eight-year marriage they have given birth to five children but only three are living. Their first born died at two years of age and the sec… Read more

Ezra’s mother Anna is 30 years old and has been married for eight years now to her husband Denis. In their eight-year marriage they have given birth to five children but only three are living. Their first born died at two years of age and the second born died just after birth. God then blessed them with twins who are healthy and now with Denis who is two months old. Denis however developed hydrocephalus when he was just four days old. In her village, Anna had seen a child with hydrocephalus who had been treated at CURE Uganda and is now fine, so she approached the child’s parents who advised her to also bring Ezra to CURE. As she planned to bring him, her husband Denis developed a mental illness, so Anna and her family decided to put all their resources into his treatment. As she was taking care of her husband, she started taking Ezra to church and she shared about his condition with her prayer group who started fasting and praying with her for his healing. When her husband’s condition improved, Anna then got a bus to CURE Uganda and left the twins under the care of their grandmother, Anna’s mother-in-law. Ezra is now admitted at CURE Uganda and a plan is being made for his surgery. Please join the community of people praying for Ezra's healing!

“There is an improvement, his head has reduced in size and it is easier for me to carry him”, Anna told us with a giant smile on her face. Unfortunately, when our clinician Stewart reviewed him, he found that Ezra is quite underweight and classifies as malnourished. Stewart had a talk with Anna about the seriousness of the situation and referred them for nutritional rehabilitation at a nearby government hospital. Please remember Ezra in your prayers as he takes on yet another challenge. 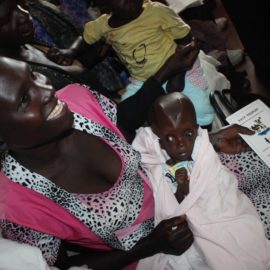 “Ezra’s head is now reducing. He is getting better but I'm worried because he looks very small," Anna shared. Ezra still has seizures despite being on anti-seizure therapy which is deeply worrying Anna. Our medical team has decided to change the anti-seizure medication and hopes that that will help Ezra’s situation. Please be praying for baby Ezra! 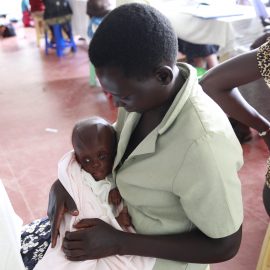 “Yesterday, he cried a lot when he was came back from surgery, but today he is fine and is breastfeeding well”, Anna told us. Ezra spent most of the morning feeding and sleeping. He is stable and will be transferred from the ICU back to the ward today! 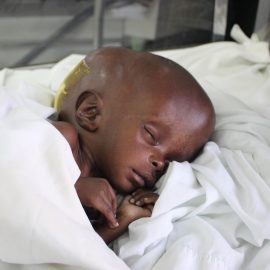 “The first day Ezra went to the OR, I was scared, but now I am used to it. When they told me yesterday that he would be going for another operation this morning, I didn’t get scared or worried, but I prayed and I think that is why I feel strong and confident”, Anna said. She communicated to her family back home in northern Uganda and they are praying for Ezra too. Dr. Justin decided to go straight for a shunt placement. The operation was successful and Ezra is now recovering in ICU! 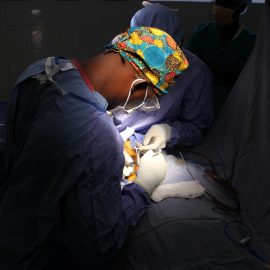 Currently Ezra is taking anticonvulsants, he has already had his CSF analyzed and a plan is being made for his surgery. “All I ask is for your prayers for healing,” Anna told us. She has settled in and has updated her family about what is going on about Ezra’s surgery. Please remember both of them in prayer. 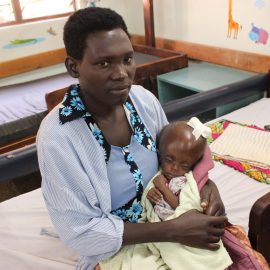 “Three days after we were discharged is when I noticed that his head had again started to increase in size. I am tired of traveling to and from the hospital and I know that Ezra is tired too but there is nothing to do about that because he has to get well eventually,” Anna said. She took him to the Pentecostal Assemblies of God Hospital and it is from there that the doctor referred Ezra back to CURE Uganda. “I had not yet even settled down at home because we were at CURE just ten days ago. We need serious prayers,” Anna lamented. Ezra is having a brain CT scan today and then a plan will be made for his surgery. We encouraged Anna not to give up and shared from the Bible 1 Thessalonians 5: 16-18 which says, "Rejoice always, pray without ceasing, give thanks in all circumstances; for this is the will of God in Christ Jesus for you." Please join us as we pray for baby Ezra and encourage Anna! 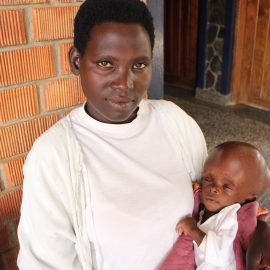 “Ezra slept well, and he is trying to feed,” Anna said and continued, "He had a calm night in ICU and all his vitals are stable. I have been chatting with nurse Engoru because he knows my language and he was updating me on how Ezra is doing. I haven’t been able to call my people at home yet, but I plan to do so later on today." Ezra has been removed from ICU today and has been transferred to the general ward. He is being monitored and he is doing well. Please be praying for him!

“I have surrendered the whole situation to God and I have been praying that God helps me,” Anna said. This morning Ezra went into the operating room for an ETV and feneration of membranes and the procedure was successful. He and his mom will spend the night in the ICU. Anna was having a little headache earlier on in the day, but our clinician Joshua handled the situation and she is now feeling much better. Please remember baby Ezra in your prayers!

"He is not well," Anna said of Ezra. Since last Saturday Ezra’s health has been poor. He isn’t feeding well and is having convulsions. There is also a swelling on the side of his head. He had previously had a ventriculoscopy and septostomy, but he has had another brain CT scan which our surgeons will be reviewing later on today and then a plan for his treatment will be made. He will also have his cerebrospinal fluid analyzed in addition to other blood tests. Ezra needs your prayers! 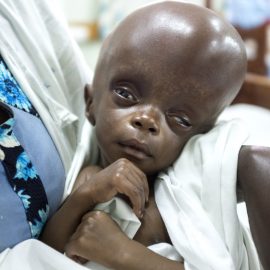 “Today we are going home,” said Anna with a large smile. This morning Dr. Peter and nurse Daisy told Anna they were being discharged. “I’m happy to go home plus I’m missing my other children (Gladys and Calvin),” said Anna. Please remember Ezra and Anna in your prayers. “I want them to pray for their illness, even the children I left at home - they are suffering from malaria,” said Anna. 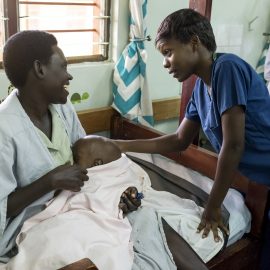 “I’m saying to Him (God), He should heal the child, make him whole and grow up well,” said Anna. Last night Ezra had a seizure so he has been put on anticonvulsant medication and being observed for seizures. Anna said, he has been crying a lot and thinks he is in pain. During the ward round she was told they were being moved out of the ICU and back to the ward which has made her happy. This morning, Winnie from the Spiritual Center prayed for Ezra and Anna before they left the ICU. Please remember Ezra and Anna in your prayers! 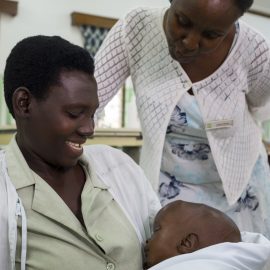 “My prayer is for him (Ezra) to recover after today’s operation,” Anna said. This morning Dr. Justin performed a ventriculostomy septostomy. Ezra is now waking up in the PACU and will soon be transferred to the ICU where he will be reunited with his mother. Please be praying for Ezra and Anna! 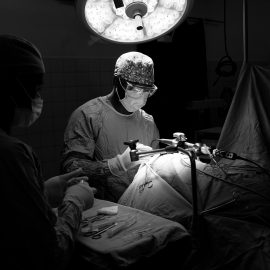 Send a Message to Ezra

We'll deliver your message to Ezra as soon as we see him. View get well messages

There are currently 182 different people who are a part of Ezra's support community. What about you?

This is Ezra's 1st procedure.

Ezra has had 1 procedure at CURE Uganda. Below are the before and after photos for each procedure.

Other Kids in Uganda 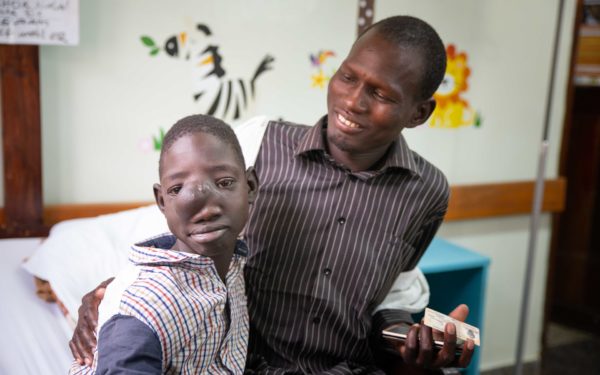 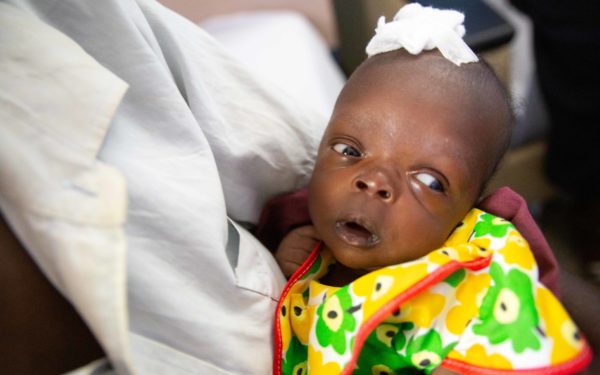 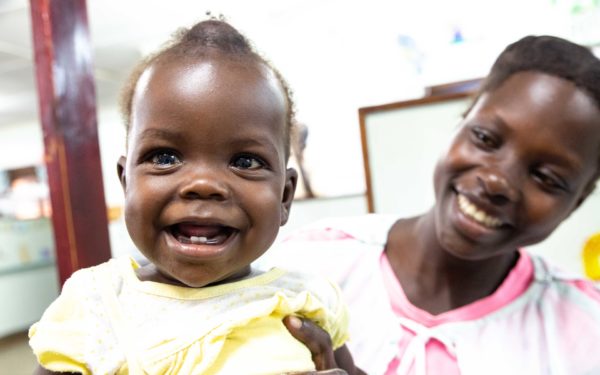 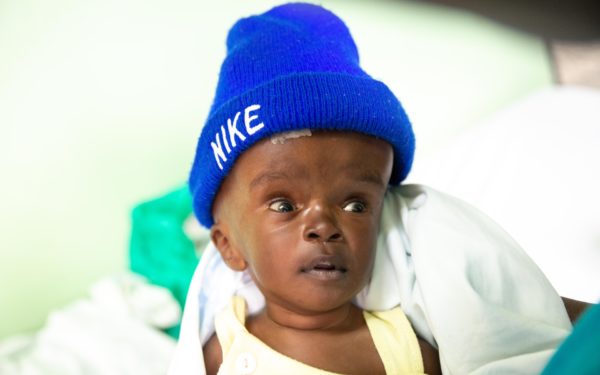 We're sending your message for Ezra to CURE Uganda.

Every month, be a Hero to a child at a CURE Hospital, beginning with Ezra. Real-time updates will let you see the impact of your giving monthly!

Your generosity will provide major underwriting for a surgery at CURE Uganda while you receive real-time updates on Ezra.