Kenneth Warren, who prefers to go simply by "Warren", was born with Amniotic Band Syndrome. ABS is a rare condition that causes prenatal defects ranging from amputated limbs to massive deformities. In Warren’s case, his right leg and foot are ov… Read more

Kenneth Warren, who prefers to go simply by "Warren", was born with Amniotic Band Syndrome. ABS is a rare condition that causes prenatal defects ranging from amputated limbs to massive deformities. In Warren’s case, his right leg and foot are oversized to the point that he cannot wear shoes or regular pants, and he has a lot of difficulty with mobility. If untreated, circulation problems can also arise. Due to the severity of Warren’s deformity, the only treatment is amputation of his lower leg. It’s hard to accept something so drastic and permanent, but this will allow Warren to be fitted with a prosthetic, and he will see a remarkable change in his quality of life!

Warren has gone through a lot in his short life. His dad was recently diagnosed with cancer, and is being cared for by other family members. The area they live in is extremely poor, with few job opportunities, so his mom is a domestic helper in another town. Warren and his two brothers are being raised by their Uncle Juphil, who is married with two kids of his own. We haven’t spent much time with him yet, but he has a very gentle spirit, and is eager to improve his nephew’s life. Warren is incredibly shy and timid, largely due to the bullying and teasing he experiences. It’s hard to admit, but it’s hard not to look at his leg, so even if no words are said, he feels constantly scrutinized and stared at.

We are excited to see the transformation that occurs not only in Warren’s physical being, but his mental being as he goes through this journey that will no doubt be emotional, but liberating in the end! Thanks for praying!

Warren was due back for his follow up the end of February, but that was contingent on him getting his prosthetic. It doesn’t sound like it’s quite ready, but we’re following the progress closely. Please pray for God’s timing, we hope to update you all soon, and show you pictures of him walking again!

We got to see Warren’s sweet face this afternoon, he had a follow up to check out how his amputation spot has healed. He's still quiet and shy, but he has a much happier spirit than when he first came to clinic months ago. He got a stamp of approval on his leg, everything looks fabulous, and he is ready for his prosthetic! Juphil told us that he’ll get it in the next 6 months, we know he’s looking forward to being on his feet again! And, we can’t wait to see it! 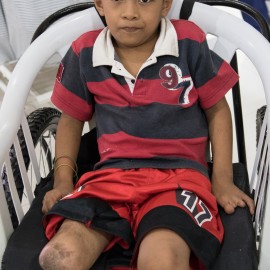 Warren’s “rub spot” is all healed up, and he’s just about ready for that prosthetic! He’s been referred to another clinic that specializes in them by the organization that’s sponsoring it. We’ll see him back in a while though, we’re excited to see him walking again! 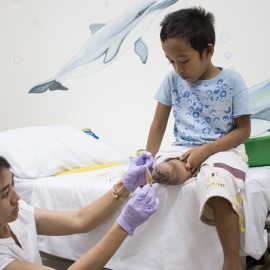 We were so happy to finally see Warren today! He missed his follow up a few weeks back and we hadn’t gotten ahold of the family. His amputation spot is healing well, with the exception of one small spot that was rubbing his dressing, which was the reason they came in today. He got a few stitches to seal it up so it can finish healing. He’s one step closer to his prosthetic, so exciting! 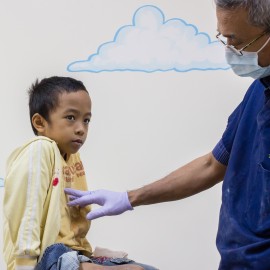 Warren was scheduled for a check up last week, and didn't show up. There has been a lot of rain in the last few weeks between Davao and where he lives, which can make transportation difficult. No freeways here! We will follow up and make sure everything's OK, we will hopefully see him soon! Thanks for all of your continued prayers for Warren!

Will it sound weird if we say that Warren has been one of our most surprising patients yet? The change in this kid, not just physically, but emotionally, is off the charts. He came in quiet, painfully shy, and told us kids called him “Popong.” Popong is short for “pongkol”, which means “missing limbs”, referring to his hand which is also deformed. Today he has a confidence that we never knew existed. Maybe he didn’t know either. Please keep Warren in your prayers as he heads home, we’re excited to keep following his progress! 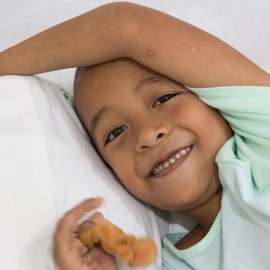 Warren’s day was just too awesome to capture in one picture! He was full on smiling and giving us high 5’s this morning, we were amazed! His attitude just gets better and better. He spent a bit of time in the Physical Therapy room learning how to use his crutches. He will get a prosthetic in the near future after he heals, but for now crutches will be his mode of transportation. Thanks for your continued prayers for Warren! 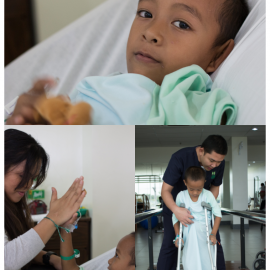 Warren told us this morning that he has “no pain”, wow! There is something lighter about his spirit, much different than when he arrived earlier this week. He’s more chatty and engaged, where before he barely acknowledged us or uttered a word. He’s still shy, but what a difference already. He hasn’t really verbalized how he’s feeling, maybe he really isn’t sure yet or can’t put it into words. But, we think he’s anxious to get moving into the next stage of life! 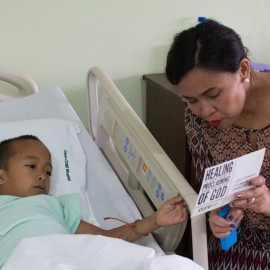 Warren finished surgery a bit ago, and when he woke up, he kept wiggling his left toes, we think it will take a bit of time for his brain to adjust to not having two feet. He really has had an amazing attitude through this whole process. He hasn’t cried once, and even after surgery he smiled and said he was happy. We know that having his leg removed is going to open opportunities for him, but there is a sad “finality” that comes with it, and that reality is bound to sink in at some point. Please keep Warren in your prayers as he begins to heal! 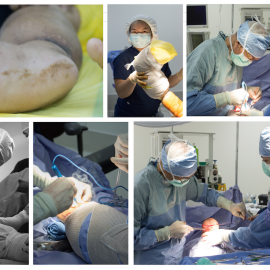 Warren is here, admitted, and chicken pox free! He’s actually quite excited about his surgery. He tells us that his leg is very heavy, and walking makes him very tired, we can only imagine. We’re praying that when he is able to trade his heavy oversized leg for a lightweight prosthetic that he will experience a new joy and freedom! He spent the afternoon playing in the playroom, please pray for him as he undergoes surgery tomorrow! 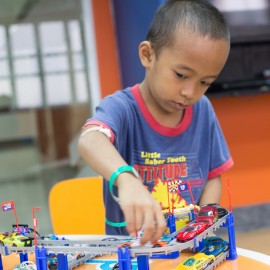 Warren came to CURE yesterday, and his surgery was scheduled for today. However, it was discovered when he arrived that he has chicken pox, not a great time to be in the hospital! So, he was sent back home for another few weeks to recover, and he will return when he is healthy. Please be praying for a quick, safe recovery for Warren! 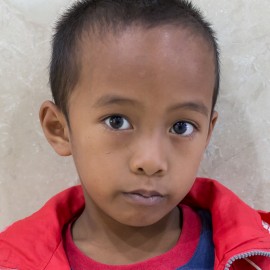 Send a Message to Kenneth Warren

We'll deliver your message to Kenneth Warren as soon as we see him. View get well messages

There are currently 67 different people who are a part of Kenneth Warren's support community. What about you?

This is Kenneth Warren's 1st procedure.

Kenneth Warren has had 1 procedure at CURE Philippines. Below are the before and after photos for each procedure. 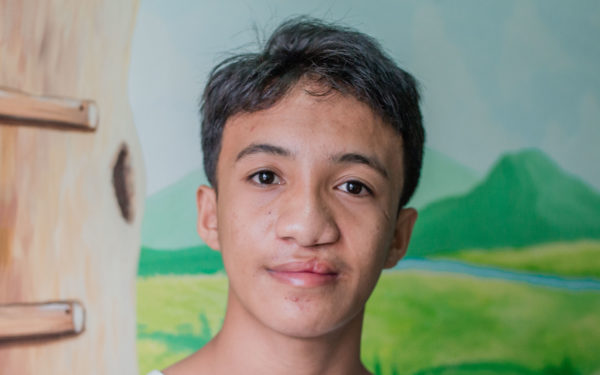 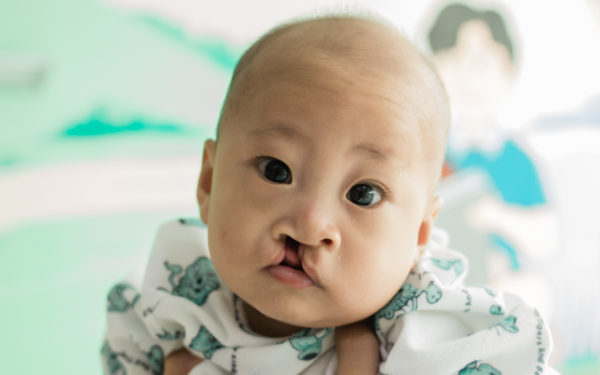 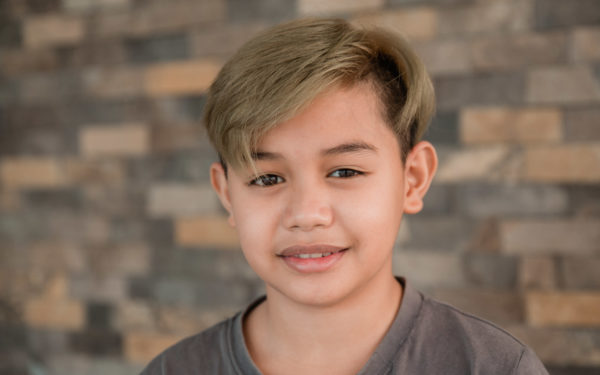 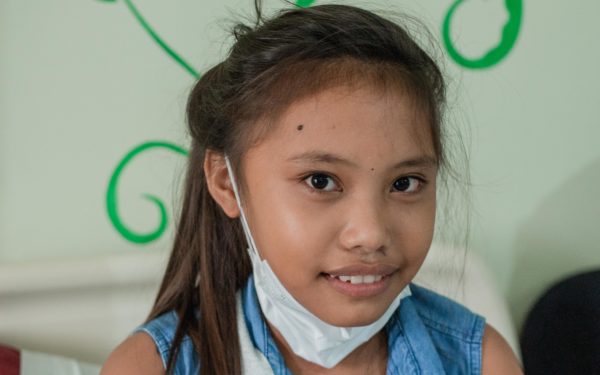 We're sending your message for Kenneth Warren to CURE Philippines.

Every month, be a Hero to a child at a CURE Hospital, beginning with Kenneth Warren. Real-time updates will let you see the impact of your giving monthly!

Your generosity will provide major underwriting for a surgery at CURE Philippines while you receive real-time updates on Kenneth Warren.