Recently, I had the pleasure of sitting down for a meal with my pastor. Mike and I have known one another for years now and I had come to him with a question regarding how I might become more deeply involved in the work of our church. The church had just announced a significant endever […]

Now that Black Friday and Cyber Monday are over…

Giving Tuesday was an idea started by New York’s 92nd Street Y some years ago as an answer to the retail surge heralding the start of the holiday season.  The philosophy was simple.  There are two days to get great deals on things for ourselves, why not have one day as a way to give […]

Rise Up and Walk

Just about two weeks ago, CURE had an amazing opportunity to share its mission of healing kids and proclaiming the Gospel to a crowd of over 10,000 at the Uprise festival in Shippensburg, PA.  We showed up with our now famous CURE booth and a simple goal:  help 15 kids rise up and walk.

Humbled by the Recognition

As many of you know, our CUREkids program has been up and running for over a year now. To date, over $725,000 has been raised, and, as a result and even more impressively, over 1,150 child have been healed through CUREkids. That in and of itself is amazing recognition of the hard work and effort […]

I’m excited to announce that as of January 23rd, we’ve reached our goal with the team at ToonUps and A Better World. It took merely a month for us to reach 1,000,000 positive expressions in the game. Each 100,000 expressions helped one child who likely would never have walked without the intervention of CURE. Take […]

Lemoyne, Penn., Dec. 13, 2011 – Today, ToonUps and CURE International announced a partnership to bring healing to children through the use of Facebook gaming. ToonUps, maker of the popular social good game, A Better World, recently introduced its first “Reach for the Stars” Community Goal. This feature invites players to do good deeds in […]

Something only He can take credit for…

One of the aspects I most appreciate about CURE is starting our meetings in prayer. It’s something we are very intentional about doing. We always ask God to do something that only He can take credit for doing. This past weekend we sponsored the Purple Door arts and music festival. This festival is unique in […]

We Need Your Vote! 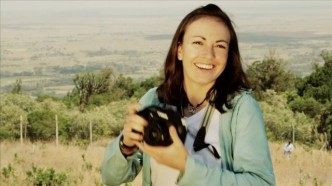 We just couldn’t wait any longer to tell you about this program! Hopefully you enjoyed the video tour of CURE Kenya from Jenny. Jenny, as you might have guessed, is our first CURE Correspondent! She’s stationed (obviously) in Kenya and is running our CUREkids program in the country. The CURE Correspondents program is designed to […]