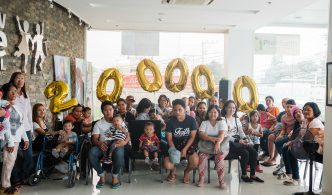 When they founded CURE in 1996, Dr. Scott Harrison and his wife, Sally, set forth a plan to bring God’s hope and healing to children living with correctable disabilities. Two years later, CURE opened a hospital in Kenya, which celebrated 20 years of service this past July. Since then, the CURE network has expanded significantly, […] 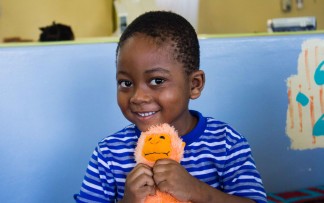 Letting God do His work

Photo above: Chisala in December of 2014 I’m particularly moved by the story of Chisala. He came to CURE Zambia for treatment for hydrocephalus when he was four, and we discovered a tumor in the process of assessing him. At first, it was thought he would need to be sent out of the country for […] 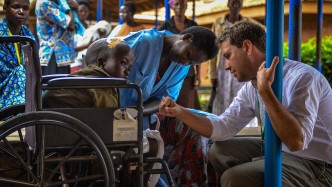 Not a minute more…

I first stepped foot on the African continent with CURE at the stroke of midnight on July 1, 2005. Over the past ten years, I’ve had the privilege to work in Egypt, Ethiopia, Afghanistan, Malawi, and Uganda, our home for the past eight years. I’m incredibly grateful for the opportunities CURE has given me to work in interesting and challenging parts of the world.

Earlier this year, we set out to expand the CURE Children’s Hospital of Uganda, to build another patient ward, expand our outpatients department, and add a third operating room.

The staff you support in Uganda

It’s often easy to focus our attention on the surgeries we’re providing for these little babies, or on the ministry we’re offering to their mothers. It’s the “fun” part of our job, and I suspect it’s a large part of the fulfillment we get when we support ministries like CURE. However, it takes a solid […]

Picture of the Week: Short-term missions at CURE Uganda

We’re hosting 14 different visitors, from six different countries, this week at CURE Uganda. All are from different backgrounds, ages, and walks of life but are here for a common purpose and mission. CURE is not only a global organization, but a host for short-term missions and volunteers from around the world. Front row, L […]

As many of you know, my wife recently completed her doctorate in physical therapy and joined our team at the CURE Children’s Hospital of Uganda. This week, we had the privilege to watch her and her colleague Lucy, also a physical therapist on staff, conduct training sessions with the mothers of patients who are presently […]

For the past ten years, the CURE Children’s Hospital of Uganda has grown and evolved. I’m certain that Dr. Scott Harrison and Dr. Ben Warf shared a vision for where this hospital might be in 2012, but I’m also confident the success of the mission in Uganda has surpassed everyone’s expectations. The statistics for the last […]

I’ve written before about our ministry to the mothers and parents of the children we treat at the CURE Children’s Hospital of Uganda. It occurred to me this morning, as I watched our staff and about 20 of our parents dance, praise, and worship together, that the uniqueness and importance of the spiritual center of […]

It has been an extraordinary year thus far. As our fiscal year ends June 30, we take a look back at the past twelve months and gauge our performance and accomplishments. All over the world, the rising cost of living has taken a toll on many businesses and organizations, as customers’ wallets shrink more and […]