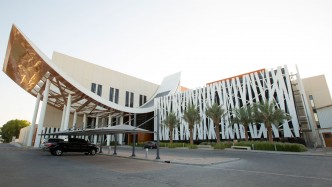 FOR IMMEDIATE RELEASE Al Ain, UAE – January 21, 2013 – Oasis Hospital has reached yet another historic milestone since we began providing healthcare to the Al Ain region in 1960.  On January 14, 2013, we delivered our 100,000th baby to the delight of very proud parents and hospital staff alike.  The honor of being […]

Greetings from the Desert!!! Happy New Year! We are enjoying the week between Christmas and New Year’s Day. Often this can be a time of busyness as stores deal with gift exchanges, people rush to finish the last projects for 2012, and businesses close their books for this year. As another year passes, I find […]

Good morning from Al Ain!! Today I created a blend of Ethiopian, Honduran, and Kenyan coffee. The Honduran was a lighter roast. The Kenyan beans were roasted to a very dark espresso. The Ethiopian beans added a bold, moderate roast. Together, each of the differences joined to form a very nice blend. Coffee junkies often […]

Greetings from the desert!!! I had a great walk around the neighborhood this morning. A gentle breeze shifted the warm around, giving a cooling effect. The sun was rising beyond the rocky peak. A few other men were out leisurely strolling to unknown destinations. An occasional bird announced its presence. Cars rumbled along the border […]

Mead Minutes: An Afghan in the UAE

Good morning from the Desert. The sun continues to shine and the temperatures rise. Summer is coming. June is here; July is coming. Air-conditioning chases away the stuffy air in our front room, allowing me to enjoy the morning quiet with a cup of coffee. Outside, as the sun raises the temperatures, I find less […]

Good morning from the desert! I awoke early to wander out to my ‘man cave’ for coffee. Even though the sun was not up, the temperatures had not cooled down dramatically overnight. A gentle breeze stirred the air as I sipped and thought. Summer is approaching. Daytime hot winds stir up the air but fail […]

Greetings from the desert! Early morning is still a little cool, but the sun warms the air quickly. Spring passed by quickly as the trees dropped their leaves. Our first summer in Al Ain looms ahead. Stories of blistering heat are shared with us ‘newbies’ — I can hardly wait. I already think it is […]

Good morning!!  I made my coffee, opened the door, and went to descend the steps into my ‘Man Cave’ when I had second thoughts.  Yesterday the winds built to a fury force, lifting up the loose sand and turning the sky a dull brown.  Sand storm.  Although I was safely hidden in my small exam […]