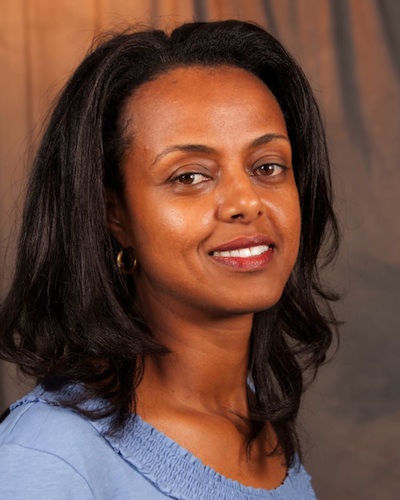 Adey Abate serves as the Executive Director at CURE Ethiopia. She was integral in opening the hospital and has been overseeing its operations since the facility’s first surgery in January 2009.

Adey holds a Master’s degree from Seattle University. Before joining CURE and returning to Ethiopia, she was a Cost Management Analyst at Boeing Commercial Airplane, and a subcontract manager on the Missile Defense Program at Boeing Space and Defense, managing several subcontractors.  She then went on to work with Booz Allen Hamilton, one of the largest US federal government contractors, as a Senior Consultant.

Adey is originally from Ethiopia but has lived in the United States in high school, throughout college, and most of her professional life.  She moved back to Ethiopia to serve with CURE in 2007.

Adey enjoys traveling and experiencing different cultures. She also enjoys the outdoors and sports. She is an avid tennis player and played competitively both in high school and college.  Adey is very grateful for the opportunity to give back to Ethiopia and be part of CURE’s mission to heal the sick and proclaim the kingdom of God.