"I thought there is nothing that will be done, it has not been an easy journey also to accept what happened to me was not been easy, but now I am hopeful,” shared Kalaluka.

The last couple of years haven’t been easy for Kalaluka, he has … Read more

"I thought there is nothing that will be done, it has not been an easy journey also to accept what happened to me was not been easy, but now I am hopeful,” shared Kalaluka.

The last couple of years haven’t been easy for Kalaluka, he has had to adjust to living with a leg which has developed into a disability. The past two years has been characterized with long hospital admissions for the 11 year old boy. The problem started in 2018 when he fell out of a tree and broke a bone on his right leg, they rushed him to a local clinic, however the fracture was so severe that they could not attend to him at the local clinic, instead they referred him to a bigger hospital in the district. At the district hospital an x-ray was done and a procedure was done to correct his fracture. Kalaluka was admitted in the hospital for 3 months, thereafter he was discharged and went home. However Kaingu, his father, says that he noticed that the wound on his leg was not healing. Weeks later he decided to take him back to the hospital, Kalaluka was admitted again and another surgery was done and he was discharged after some weeks. When they got back home Kalaluka’s condition started deteriorating and a wound developed and infection. His father was skeptical about taking him back to the hospital.

This was a difficult period emotionally for Kaingu, because his son was not well and he was scared of taking him back to the hospital. Some family members advised Kaingu to take Kalaluka to a local NGO that looks after children with disabilities. Kalaluka was taken to the local NGO were he was admitted and has been staying there ever since. When our surgeon Dr. Latroni visited that area on a medical mission, he passed through the organization to screen kids with orthopaedic conditions, Kalaluka was among the kids that were booked to go to a local hospital where Dr. Lastroni was conducting some surgeries. However, he couldn’t do surgery on Kalaluka because the wound on his leg still had an infection so he instructed the local health personnel on how to take care of the wound until the infection cleared up months later. Thereafter arrangements were made for Kalaluka to come to CURE Zambia for surgery. Kaingu says he now has a sense relief that his son will finally be receiving treatment, “When his condition started deteriorating I was worried, but when I went to the NGO, they started working on the infection his condition started improving, my faith was restored and now that he is about to have surgery, I feel relieved.”

Our young man got discharged and we are confident that the external fixator which was put on his leg will be taken good care of. Please pray with us that when he comes back for the follow up doctor's visit early next year his leg would have attained the desired length increase. Pray for Kalaluka's continued healing as he goes back home! 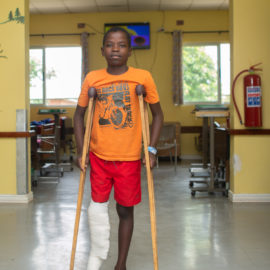 Kalaluka is recovering well post-op. For now, he is on bed rest with his leg elevated to avoid anyone swelling. In the meantime, we are teaching his father Kaingu how to maintain the external fixation when they go back home. Keep praying for more comfort for Kalaluka! 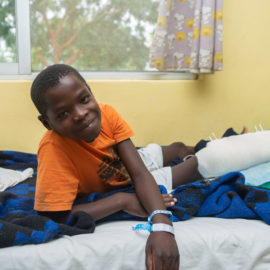 This young man had his surgery! To make straight and lengthen Kalaluka's leg, Dr. Lastroni approached Kalaluka's surgery in two steps which were to correct the bones which were fractured and to find a way of lengthening the leg. The bones have been straightened during surgery and, to address the shortness of the leg, a device called an external fixation has been put on his leg. In the coming weeks, we will be turning the external fixation which will slowly lengthen Kalaluka's leg. It may take a bit of time for our young man's healing to be completely done. Kindly remember to be praying for Kalaluka and his dad as they walk through this process! 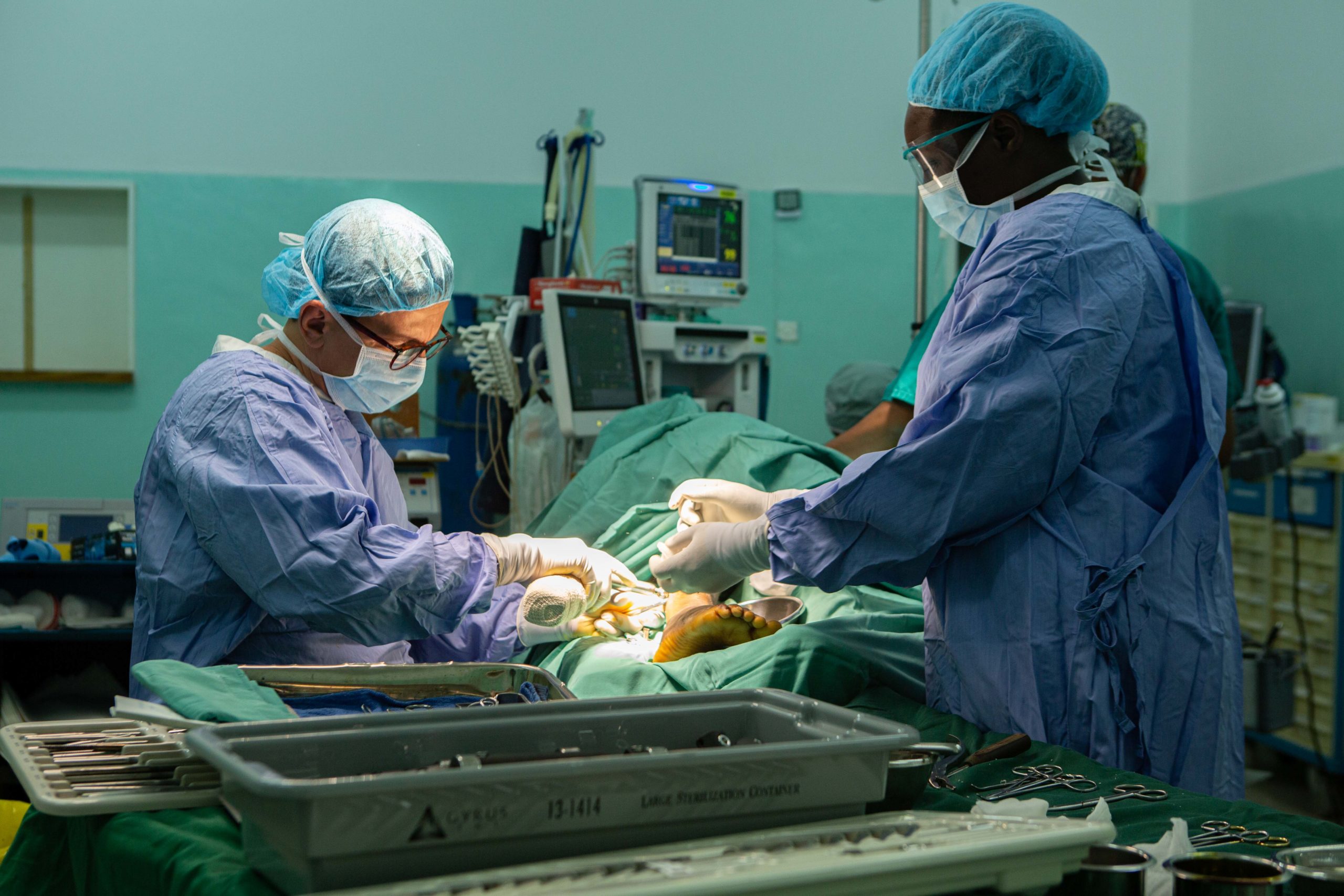 Meet Kalaluka and his father Kaingu! Kalaluka had a fracture in 2018 and has caused a disability in his right leg. Thankfully he has he has made it to CURE Zambia where he will have treatment for his leg. Keep him in your prayers! 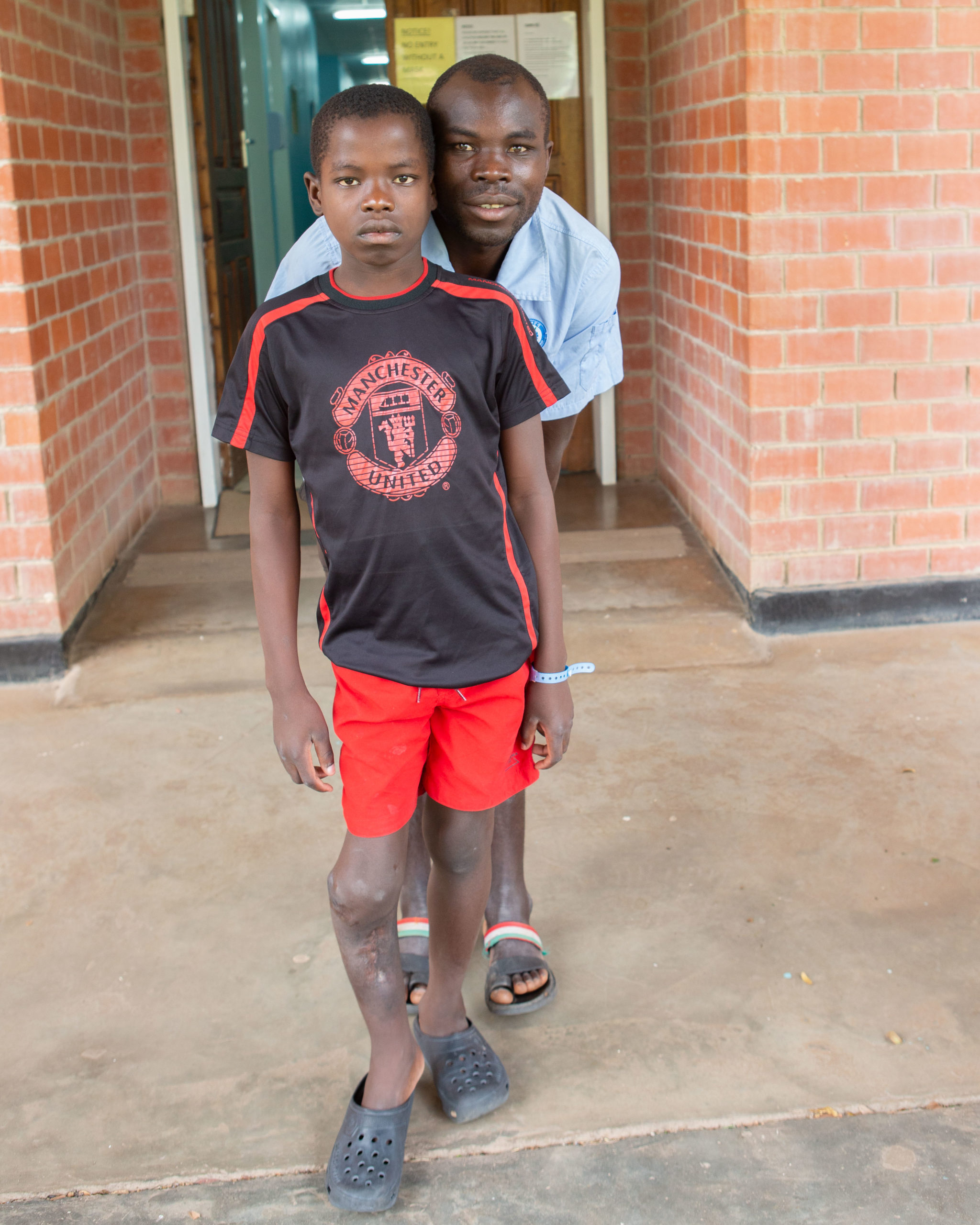 Send a Message to Kalaluka

We'll deliver your message to Kalaluka as soon as we see him. View get well messages

There are currently 227 different people who are a part of Kalaluka's support community. What about you?

This is Kalaluka's 1st procedure.

Kalaluka has had 1 procedure at CURE Zambia. Below are the before and after photos for each procedure. 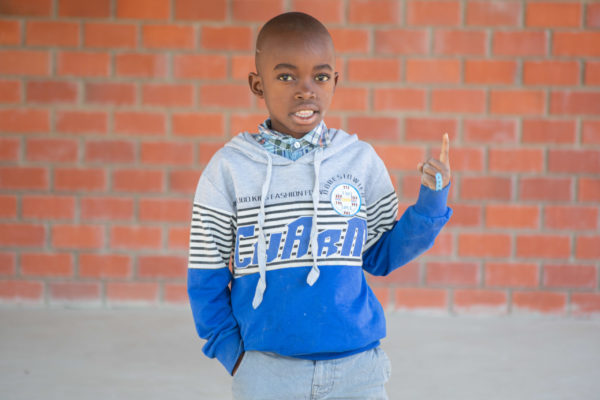 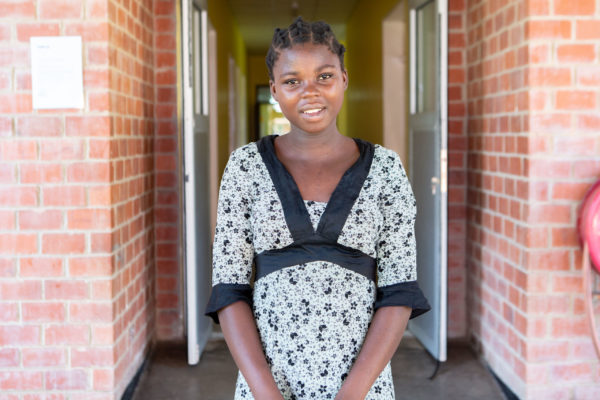 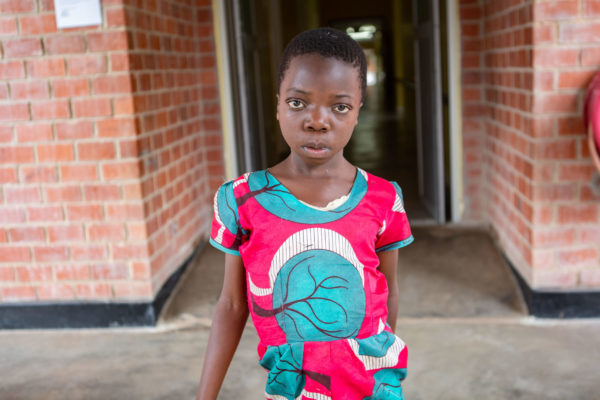 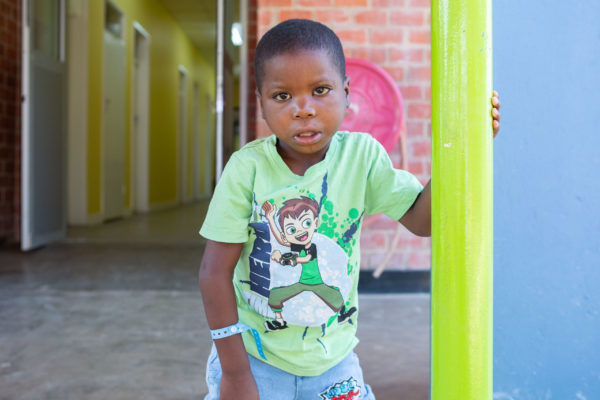 We're sending your message for Kalaluka to CURE Zambia.

Every month, be a Hero to a child at a CURE Hospital, beginning with Kalaluka. Real-time updates will let you see the impact of your giving monthly!

Your generosity will provide major underwriting for a surgery at CURE Zambia while you receive real-time updates on Kalaluka.