Janet was born with bilateral clubfoot but her parents did not notice until when she started crawling and then the bending of her feet became very visible. They became concerned when her … Read more

Janet was born with bilateral clubfoot but her parents did not notice until when she started crawling and then the bending of her feet became very visible. They became concerned when her walking was delayed, she only started walking when she was around three years old. In an effort to help the now seven year old girl, when she was still young the parents attempted to take her to a local clinic. At the local clinic, they started compressing her legs, however her parents were not patient enough to run through the processes which began at the clinic. They started incorporating traditional methods and at home tried compressing her legs with herbs.

After trying all the available options, her parents gave up. She has not been able to enroll in school because the nearest school is distant and she can't manage walking to school daily. Without getting treatment the possibilities of Janet getting an education are slim. The young girl hasn’t had it easy, she is treated differently by her peers and her mother does not allow her to participate in some of the things her friends do for fear of her getting hurt so everyday she is reminded of her disability.

Her grandmother Evalyne who lives in Lusaka happened to travel to the village late last year and upon seeing Janet, she was concerned because of her disability and she was moved to do something. She remembered a video she had seen of CURE Zambia and had an idea that maybe Janet could be treated at a hospital. When she returned to Lusaka, she asked where the hospital was and made arrangements for Janet to come. As Evalyne was making the arrangements, she was worried about the cost of her surgery, but she is thankful to God that she was told that her granddaughter will receive surgery at no cost. Thank you to all of you that make that possible!

Our executive director took time to interact with Janet and her Grandmother Everlyne during the ward round. When asked if Janet is in school, her grandmother said that she is currently not because of her legs. She could not walk to school. However, they hope to enroll her back once the healing process is done. Janet is now discharged and she will come back after a few weeks for the doctors' review! 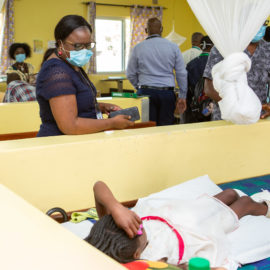 Janet is back for a dressing change in the OR! But just before that, she got to spend some time with her friends as they gathered around her bed to play games on the phone. This helps take away Janet's anxiety as she gets ready to go in the OR again. 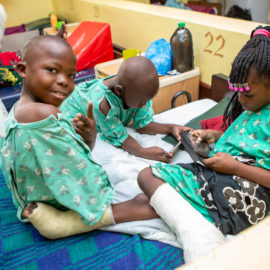 Since Janet's dressing change isn't happening until next week, they decided to wait at her grandmother Evalyne's, who lives in Lusaka. Though we're going to miss her, we are happy that she gets to be surrounded with family members in between her treatments. We are sorry that we missed to capture a photo of her before she left, but we will make it up to you as we see her again next week!

During the ward rounds today, we have learned that our beautiful girl still needs another dressing in a week, which means she will most likely stay with us up until next week. The good thing is that we have more time with her and she is no longer experiencing any discomfort! And another good this about it is that she will be joining our other CUREkids in the playroom daily! 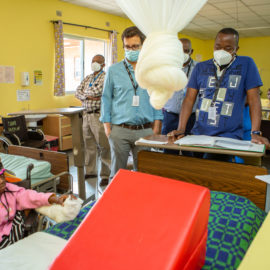 We hit another milestone in Janet's healing journey today! She went for another dressing change in the OR. She is healing very well and is already super active even if she just came back from the OR. In the meantime, we are waiting to hear what the doctors will say during ward rounds tomorrow! Please keep praying for Janet! 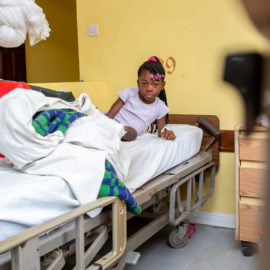 We now gather for Friday staff devotion outside, near the children's ward. Today, Janet joined in together with other patients and parents. We dedicate our Friday devotions to pray for requests shared by our co-workers. It's so exciting to see that our staff are now praying and worshiping God together with our CUREkids and their guardians! 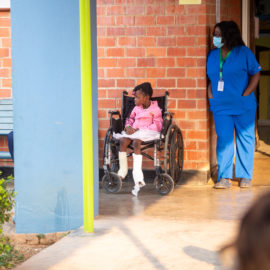 Thank you so much to you all for the Get Well Messages and prayers that you sent to Janet! When we read all the messages to her, she was very happy! She even gathered strength to join the rest of our CUREkids in playroom! Please continue showing your love to our beautiful young girl! 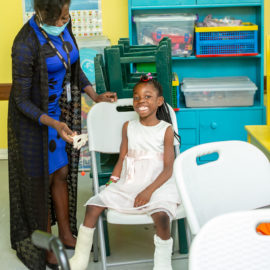 Janet is coping relatively well as she is recovery post-op! She is confined to her bed because she has to keep her leg elevated to avoid too much swelling. Let's work together to make her feel better. Here is the plan, kindly send your get well messages and prayers to Janet. We will show her and we are certain that this will make her happy! You in? 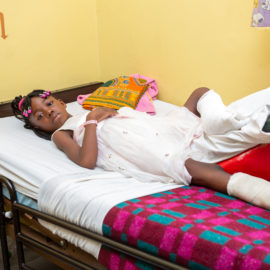 Janet had her surgery today! Dr. Moyo who was assisted by Dr. Shawa, a postgraduate intern from Zambia's biggest university, performed a procedure called a talectomy on Janet's foot to help straighten it out. The surgery wasn't long and it went very well! This young lady is recovering from her operation back in the ward. Please be praying for her comfort as she recovers post-op! 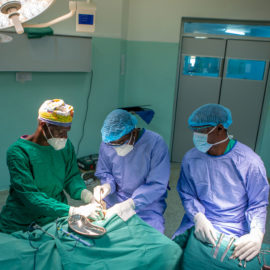 The second surgery for Janet which was scheduled for last week has been pushed to this week. While her face may not show it here, she is in high spirits waiting for the surgery. Excitingly, her foot which was already operated on has healed significantly and she is able to walk on it despite it being in a cast! This will make healing up a whole lot easier after this upcoming second surgery! 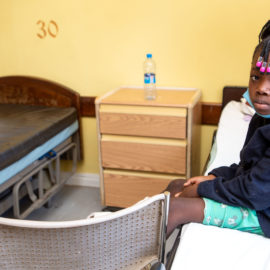 Janet has a new friend Grace. They have become walking partners doing laps around the hospital! They're getting along so well and easily demonstrate one of CURE's Core Values "Intentional Relationships." These friendships make time in the hospital so much easier! 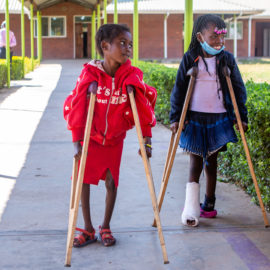 Today we granted Janet's request of taking a photo of her foot before surgery. It is always exciting to join our patients in celebrating with them during every step of their healing journey! We also reminded Janet to be thanking God for her healing and to look to Him for everything! 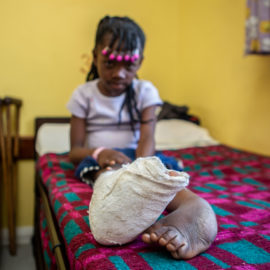 "Take a photo of my leg now because I will be going for surgery this week and it will not be like this anymore," Janet commanded us! Janet officially learned she will be having surgery this week. We are taking some precautionary COVID-19 steps meaning Janet will have her surgery later in the week rather than earlier unfortunately. In the meantime though, she gets to join other kids in playroom! 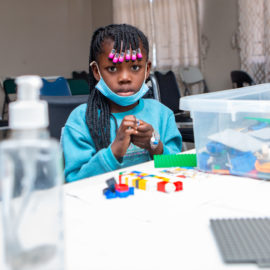 We are happy to have Janet back! This young girl has been has been admitted to get ready for two procedures as she continues on her healing journey. She will have a cast change on her right foot and she will have surgery on her left foot next week. The tremendous progress she has made so far is amazing and we are excited about the future! 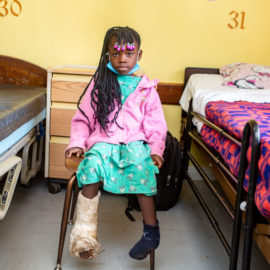 As we had hoped, Janet has been cleared to go home by our doctors! She will indeed be staying with at her grandmother's house near CURE Zambia. She'll be coming back next week for a cast change so we will see her again soon! 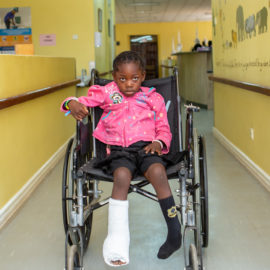 This beautiful girl is doing great after her surgery! The doctors want to keep an eye on Janet for at least today, but since her grandmother lives kind of close to CURE Zambia, Janet could go stay with her as early as tomorrow! Whether she stays with us or goes to her Grandmother's, she's scheduled to be having a cast change in the OR next week. There's still work to do! Please be praying for her as she gets used to having a big cast on her foot. 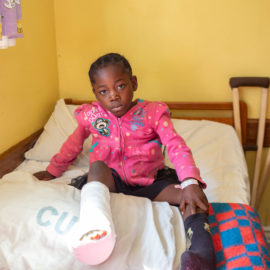 Janet has taken her first step into her bright future by having her first surgery! The surgeons started with her right foot and they'll move on to her left once her right is healed. It was a big and successful surgery and she is currently recovering in the ward. Please pray for her strength and comfort! 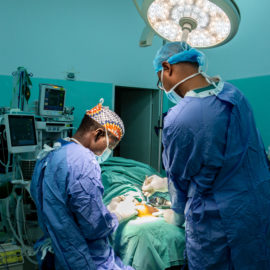 Janet was born with bilateral clubfoot and has delayed in getting treatment because her parents did not have knowledge that her condition could be treated. She is about to start her treatment and the plan is to do one leg at a time. Please pray for Janet as she begins her treatment! 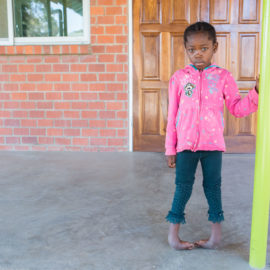 Send a Message to Janet

We'll deliver your message to Janet at her hospital bed. View get well messages

There are currently 448 different people who are a part of Janet's support community. What about you?

This is Janet's 1st procedure.

Janet has had 1 procedure at CURE Zambia. Below are the before and after photos for each procedure. 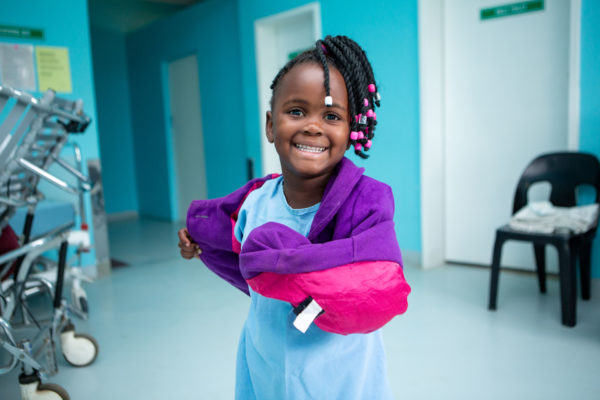 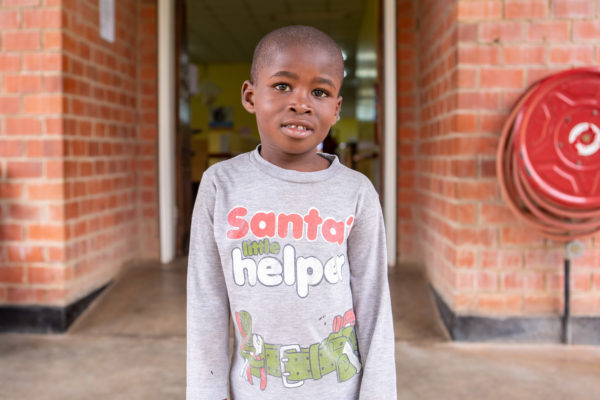 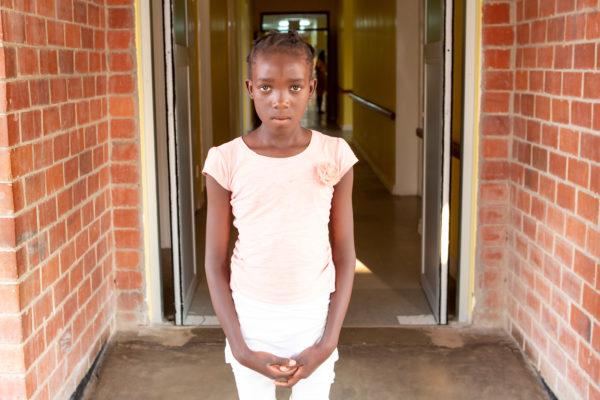 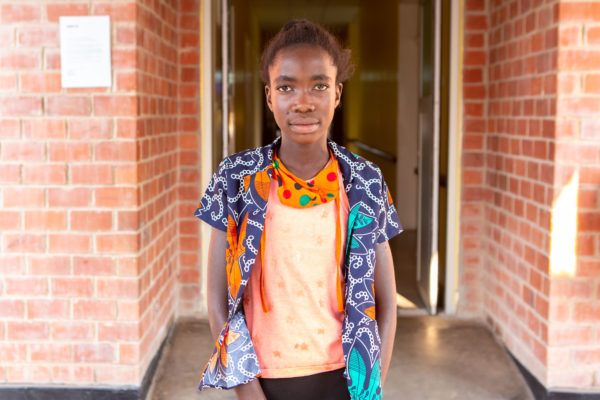 We're sending your message for Janet to CURE Zambia.

Every month, be a Hero to a child at a CURE Hospital, beginning with Janet. Real-time updates will let you see the impact of your giving monthly!

Your generosity will provide major underwriting for a surgery at CURE Zambia while you receive real-time updates on Janet.