Sometimes he tries to put on shoes but he fails,'' shares Rodrick's father who is also named Rodrick.

Rodrick the son is the last born in a family of six. The four year old boy was born with clubfoot. Rodrick the father tells us that his son… Read more

Sometimes he tries to put on shoes but he fails,'' shares Rodrick's father who is also named Rodrick.

Rodrick the son is the last born in a family of six. The four year old boy was born with clubfoot. Rodrick the father tells us that his son's condition was the first of its kind in the family and he never imagined that one day he will have a child born with a disability. Both Rodrick the father and his wife were disturbed by the son's disability, but they eventually accepted the situation, thanking God for giving them a baby boy.

Both parents continued to be bothered by the son's disability so when Rodrick was about two months old, they made the trek to the nearest hospital. There he was put in casts which were removed after a week and did nothing to change his condition. Rodrick's grandmother suggested they start compressing his legs with warm water, but after this too failed to bring about any change, they kind of gave up.

Even at his age, Rodrick the son wants to do what he sees his friends do, but cannot because of his feet. The other kids sometimes laugh at him. Calling him the disabled boy and mocking the way he walks. Even though Rodrick is young, these taunts still cut deep.

This boy went to the OT for an a cast change which he wasn't too happy about, but shortly after he came back he was smiling again! This can only mean his correction and healing is on course as the doctors didn't need to do too much repositioning of his foot. Since we've finally got to the desired level of correction, there is no reason to continue keeping Rodrick around and he has been discharged! He will be leaving tomorrow, then he will come back after two months for a follow up review! 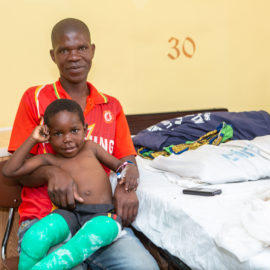 It always gives us much joy to see fathers taking on the role of raising their kids and taking care of them while they're here at CURE Zambia for treatment. Thankfully, Rodrick's father is not the only male parent taking care of his kid here and we've seen this group of dads begin to bond. They encourage each other to continue taking care of their children because their children are at different stages of treatment. As for Rodrick, his treatment stage is that he will be having another cast change soon! 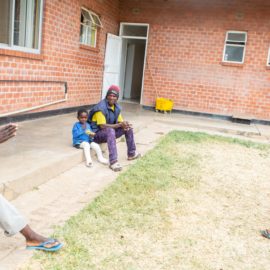 We caught up with Rodrick in playroom! Despite having two above knee casts on both legs, he still finds ways to move around the hospital mainly using our wheel chairs in the ward. Because of this Rodrick, managed to get to the playroom where he sung different songs and was taught about the love of God. After that, they were let play with wide selection toys in our playroom! 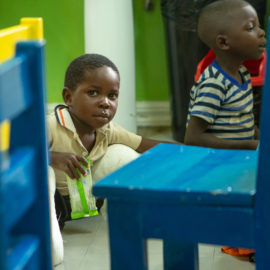 Rodrick seems not to be bothered with the fact that he went for a cast change in the operating room today! It's a routine procedure, but he still needed to go to sleep for it. Seeing that this was his second time in the OR, it was a piece of cake! We are thrilled that we will be with him for a couple of days as he needs yet another cast change in the course of next week. Please continue praying for Rodrick's healing! 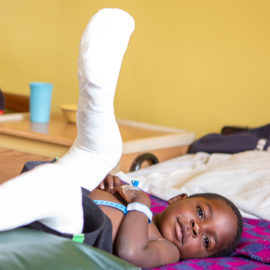 Rodrick has fully recovered and his post-op discomfort has passed. Rodrick will be hanging out with us as he waits for a cast change next week. It is exciting that he is staying with us as he lives a long way away and it would have been very difficult for him to go home only to come back in one week! 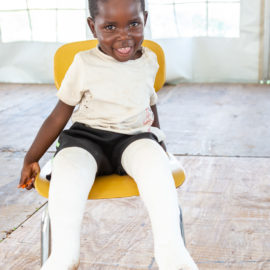 Rodrick had his surgery today! The good thing about today's surgery is that Dr. Lastroni worked on both Rodrick's feet at once. This will make his healing process faster as he won't have to do it once for one foot and then again for the second. The surgery was successful and both feet are currently resting safely in casts. Kindly be praying for Rodrick's comfort as he is recovering from today's surgery!

Meet Rodrick! His friends back home like to call him junior because he shares the same name as his father, who has brought him here at CURE Zambia. He has clubfoot and we are excited that they made it here and his surgery will happen soon. Pray for a smooth healing process as Rodrick begins his healing journey! 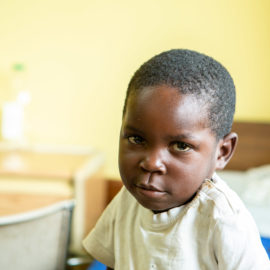 Send a Message to Rodrick

We'll deliver your message to Rodrick as soon as we see him. View get well messages

There are currently 326 different people who are a part of Rodrick's support community. What about you?

This is Rodrick's 1st procedure.

Rodrick has had 1 procedure at CURE Zambia. Below are the before and after photos for each procedure. 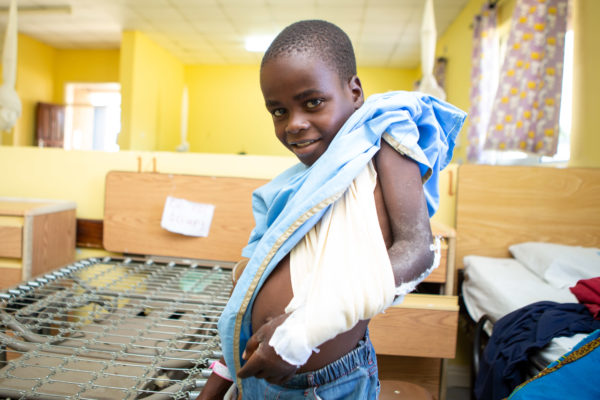 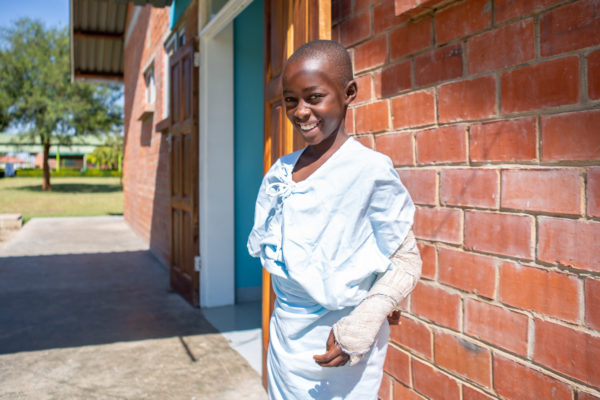 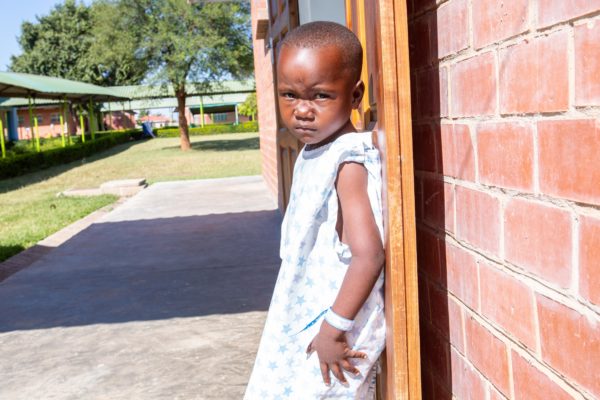 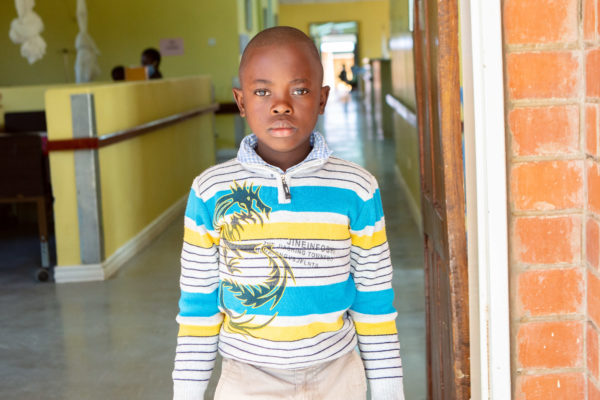 We're sending your message for Rodrick to CURE Zambia.

Every month, be a Hero to a child at a CURE Hospital, beginning with Rodrick. Real-time updates will let you see the impact of your giving monthly!

Your generosity will provide major underwriting for a surgery at CURE Zambia while you receive real-time updates on Rodrick.