“What God has given me I have to accept. I don’t know what He has prepared for his future, maybe he will be a counsellor or member of parliament,” shares Robert, father to Prince.

Prince comes from the central part of Zambia, he was bo… Read more

“What God has given me I have to accept. I don’t know what He has prepared for his future, maybe he will be a counsellor or member of parliament,” shares Robert, father to Prince.

Prince comes from the central part of Zambia, he was born with a deformity where his hands and legs are abnormally bend inside. After going to physiotherapy sessions at a local hospital for about six years, his hands healed into proper position but his legs weren’t able to be adjusted any further. He struggles to walk which led to having a fracture in his leg when he was younger after he fall down due to lack of balance.

After noticing that his legs were not getting any better they were referred to the biggest hospital in the country, the University Teaching Hospital (UTH), but due to lack of knowledge and skepticism they were scared to take him because according to Prince's father, “He was first referred to UTH, we did not go, I was scared to take him because it's a teaching hospital. I thought he will be handled by students and make his condition worse.”

Robert bemoans the bitter stigma and segregation he has faced because of Prince’s condition, “There is massive stigma associated with a child with a disability, there was a time I managed to raise a few resources to build a house. I am tailor, I do business, and people in the community were saying that I am able to build because I bewitched my son and that’s my source of money. My family abandoned me, no one was willing to offer any form of assistance towards his condition. Because of the constant ridicule, condemnation and mocking it pained me that I moved to a different town with my wife and kids away from my family members.”

Prince walks on his toes making him unstable therefore prone to falling down any time he misses a step. He is in grade one, and school comes with challenges to cope with because his friends at school tease him sometimes and want to make him do things he can’t manage to do. He has been robbed of simple childhood joys due to lack of ability to play just like other kids.

Prince’s condition has created distance between his father and his family, but in return it has drawn him closer to God, “I use to go to church for formality but because of his case I finally believed that people can run away from you, but God will never leave you and He has been there for me and my family,” Robert shares with us.

Being the first born in the family of three, Robert assures us that he will continue keeping his family together, “I have never had thoughts of divorcing my wife because I love her so much and it's not her fault that it happened this way. I decided to come with him so that I can walk through his treatment experience. The pain I have been through, I want to be physically there when he is being treated. My wife remained home because our youngest child is only one year old.”

They learned about CURE Zambia through a local television program which was documenting some of the great works CURE Zambia does to the people we serve, some years back. However, they delayed in coming because they thought there some cost attached to the treatment we offer to children. But after inquiring further, they got the information that we don’t charge for our services and that’s how they mobilized transport money to come. The other thing that caused their delay was that some people in the community were saying there is nothing that can be done to him since he is seven years old. Upon arrival, Robert was very pleased with the service. “Someone can be healed just by the reception because of the care the hospital has given!”

Prince and Robert are in the right place for healing - your support enables not only physical healing but the opportunity for spiritual healing too. Thank you for being a part of making that happen!

Prince came through for his follow up review in the new year and it's all good news! He is capable of wearing shoes on both feet with ease and he is walking with only a slight limp as his healing is still on course. Robert, his father, is excited about his boy's progress. We shall see Prince again after eight months when comes back for his follow up appointment! Thank you for your continued prayers for him! 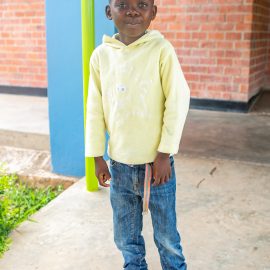 Prince got discharged last Friday! He will be back after a couple of months for his follow up review. Kindly be praying for the continued healing of his right leg!

Prince had his surgery today! Dr. Latroni did an achilles z-lengthening on his right leg, about 20 degrees of correction has been achieved so he will get to go home tomorrow and be back for his for his check after some weeks. Please pray for healing and also for a safe trip back home tomorrow! 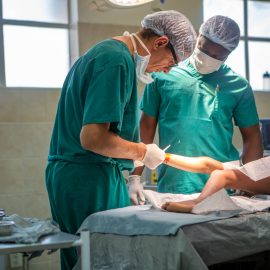 Prince is back for surgery on his right leg! His left leg which has already been operated on has healed and his right is now due for surgery. He is likely to have his surgery tomorrow. "His left has improved, he able to step properly on his leg," shared his father Robert with excitement. Pray for the success of his operation tomorrow! 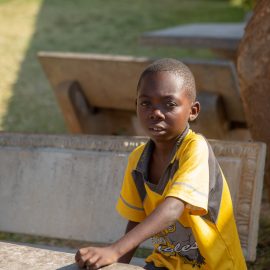 Ian, our physiotherapist, is getting measurements for crutches for Prince under the watchful eye of his caring father Robert. His recovery continues to be good and he has been discharged but we will see him soon! Robert is very appreciative, “I am happy that my son has gotten the medical attention he needs, may God bless all the people at CURE, I wish all the hospitals in the country were operating like this.” Prince got his crutches and they will be back in the next couple of weeks. We thank you for helping put a smile on their faces and giving hope to them! Pray for their safe trip back home and that Prince recovers quickly! 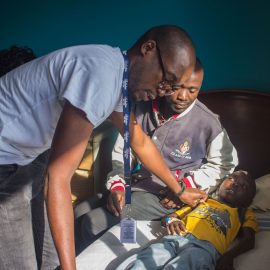 Prince had his left leg operated on! When we were in the operating room we thought it would be long procedure, but to our surprise, it was shorter than we expected! About two cuts were made at the back of his leg to release the tendon and then his leg was straightened by putting on a cast. Because of the nature of the procedure, Prince did not complain of excessive pain after the operation. It's awesome to note that a procedure which was done in such short time will change Prince and his family's life! We are happy that it went well for him and for your prayers and support that made it possible! 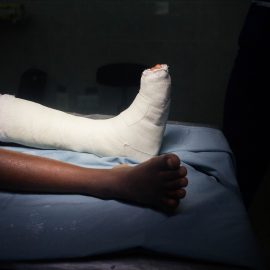 Meet Prince! he is here with us with his father Robert. He is expected to go for his first operation tomorrow to straighten his legs by our Dr. Lastroni. Prince needs your prayers and encouragement! 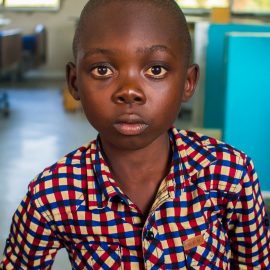 Send a Message to Prince

We'll deliver your message to Prince as soon as we see him. View get well messages

There are currently 73 different people who are a part of Prince's support community. What about you?

This is Prince's 1st procedure.

Prince has had 1 procedure at CURE Zambia. Below are the before and after photos for each procedure. 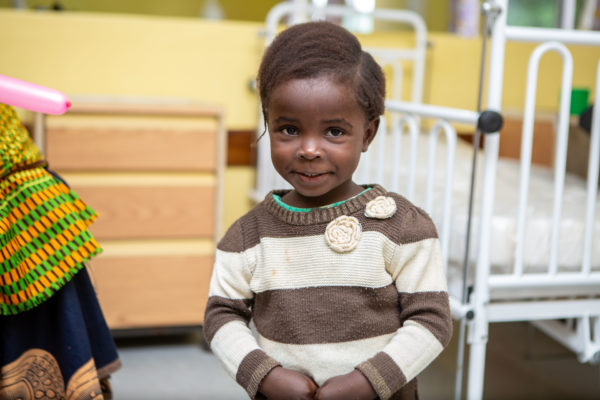 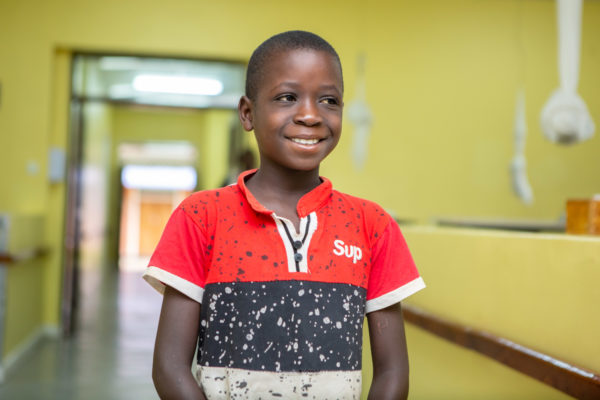 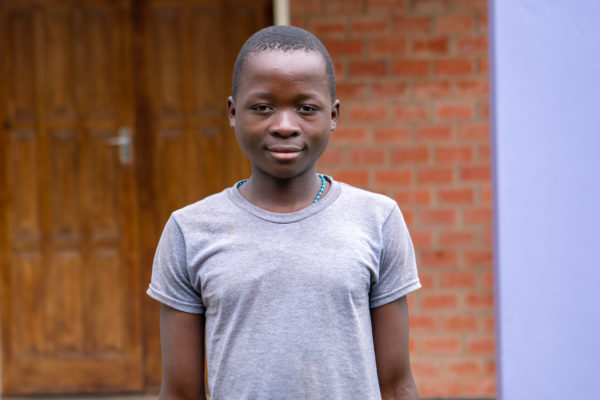 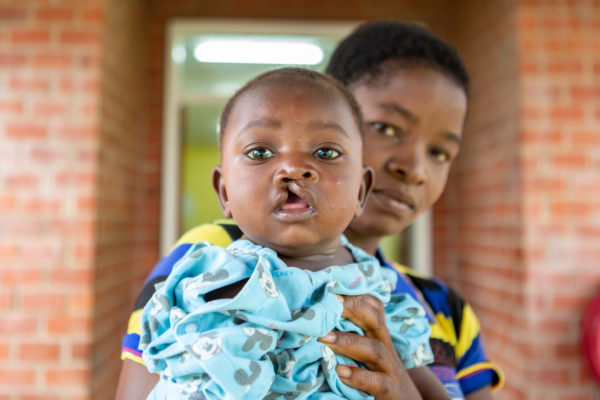 We're sending your message for Prince to CURE Zambia.

Every month, be a Hero to a child at a CURE Hospital, beginning with Prince. Real-time updates will let you see the impact of your giving monthly!

Your generosity will provide major underwriting for a surgery at CURE Zambia while you receive real-time updates on Prince.