“I look forward to being treated so I can finally go back to shooting hoops,” says AJ.

AJ is a sixteen-year-old boy who recently underwent several transitions. He just moved here in Davao City last September, along with Daddy Antonio and… Read more

“I look forward to being treated so I can finally go back to shooting hoops,” says AJ.

AJ is a sixteen-year-old boy who recently underwent several transitions. He just moved here in Davao City last September, along with Daddy Antonio and big brother (Kuya) TJ, when the company Antonio works for stopped its operations and closed due to the pandemic. From living in the northern part of the Philippines, his family chose to relocate to Daddy Antonio’s hometown, where they had other family members who could support and help them financially. “I am supposed to finishing my eighth-grade studies this year, but I am currently out of school since we moved in the middle of the school year. I haven’t made a lot of new friends yet since I spend most of the time at home. My only pastime is playing Mobile Legends on my phone,” he shares. Not only is AJ dealing with these transitions, but his normalcy was also disrupted when he broke his arm last December. “Kuya TJ taught me how to ride a motorcycle when my aunt bought one. Just two weeks into learning how to ride, I got into an accident and hurt my arm. I lost the brake, as I drove around the neighborhood, and headed straight to a slippery part of the road,” he recounts.

AJ was brought to the city’s public hospital where his arm was wrapped in a cast. The initial plan was to have the cast stay on for a month and check if the broken bones grew back and fused together. However, when AJ had another x-ray last January, the results showed that the fracture was severe and he needed surgery. “Being recently laid off at work and relying on a family member who helps us with our day-to-day living, this news worried me since surgery costs a fortune. Thankfully, someone from the x-ray lab told us about Tebow CURE (CURE Philippines). I searched it online, and I was impressed with the services they offer and their mission. This prompted us to pay a visit to the hospital for AJ’s assessment. I was relieved to know that they could provide the treatment my son needs. Rarely do we see a hospital whose main purpose isn’t just to generate income but to help people like us,” Antonio shares.

Now that AJ is here at Tebow CURE, he will finally get to make new friends and go back to his normal routine in no time!

AJ bounced back so quickly that he was already cleared to go home! “I thank God that everything went well with my surgery. I might not ride the motorcycle again but I’ll probably ride the bicycle instead,” he told us. Although this won’t happen anytime soon as he recovers from surgery at home, he cannot wait to get back to using his right arm again. We will see him again in two weeks to check on his healing progress! 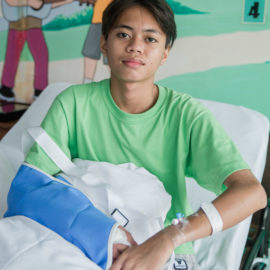 After two months of waiting, AJ finally had his surgery! Before starting with the procedure, Anesthesiologist Martha informed him that they will be giving him medications that would put him to sleep and numb his arm so he wouldn’t feel the pain as the doctors would operate on him. Since he broke the two bones in his forearm, the medical team had to put the bone fragments back together and secure them with the use of surgical plates. The plates will hold the broken bones in place and help them heal in proper alignment! AJ’s surgery was successful, and he was back in the ward in no time. Thank you for your prayers! 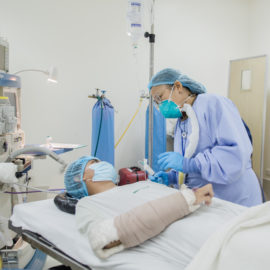 Meet AJ! He was first seen in the clinic last week, and thankfully, he was admitted today after having gone through a COVID-19 swab test and chest x-ray to make sure he’s fit and healthy for surgery. “My prayer to God is that my surgery will go well and be successful tomorrow,” he told us. Would you please join us in prayer as they prepare to go in for surgery? 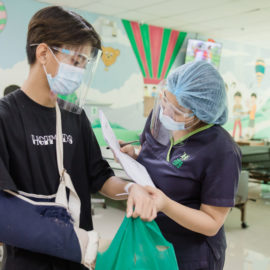 Send a Message to AJ

We'll deliver your message to AJ as soon as we see him. View get well messages

There are currently 143 different people who are a part of AJ's support community. What about you?

This is AJ's 1st procedure.

AJ has had 1 procedure at CURE Philippines. Below are the before and after photos for each procedure. 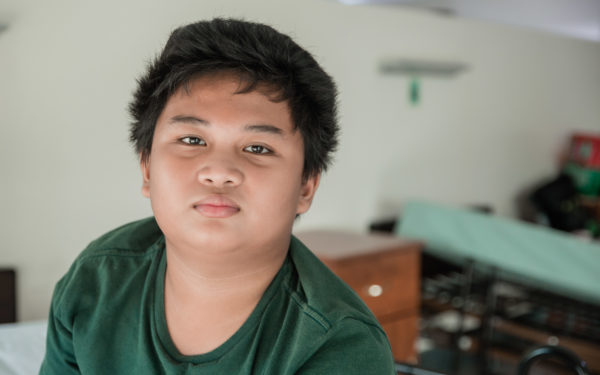 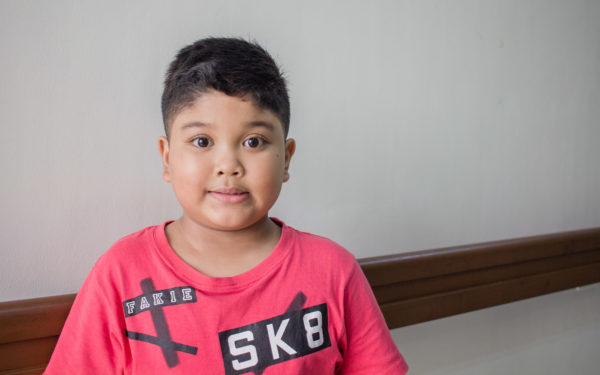 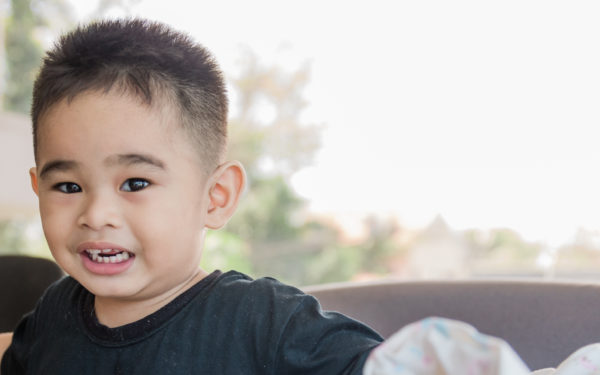 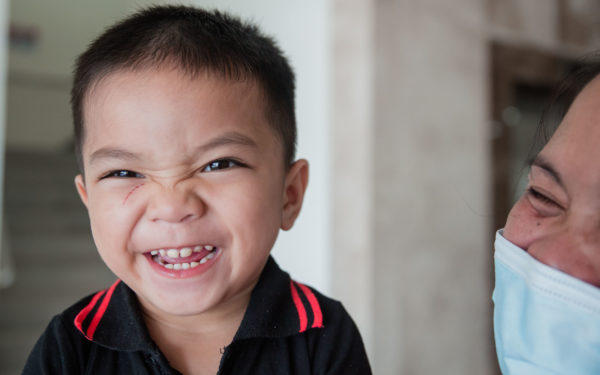 We're sending your message for AJ to CURE Philippines.

Every month, be a Hero to a child at a CURE Hospital, beginning with AJ. Real-time updates will let you see the impact of your giving monthly!

Your generosity will provide major underwriting for a surgery at CURE Philippines while you receive real-time updates on AJ.