“I’m not angry at what happened, because I feel powerless. Being angry doesn’t change anything.” - Kimberly.

Five years ago, Kimberly was an average young teenager. She was in school, had a lot of friends, and loved to play volleybal… Read more

“I’m not angry at what happened, because I feel powerless. Being angry doesn’t change anything.” - Kimberly.

Five years ago, Kimberly was an average young teenager. She was in school, had a lot of friends, and loved to play volleyball. She had dreams of being a singer when she grew up. Then one day in February 2010, her entire world was turned upside down, simply because of where her family lived.

Rebels in western Mindanao entered her village, burned eight houses down, and sprayed the area with bullets, killing 13 people. Two of those killed were Kimberly’s younger siblings. She was trapped inside her house and hid, but couldn’t escape severe burns to her face, hand, and legs, which were later amputated. She spent 6 months in the hospital in Davao.

Kimberly, and her younger cousin Kristian who was also severely burned in another house, heard about CURE through the Jubilee Foundation, an organization that helps families in need. Kimberly will have skin releases on her left hand and elbow. Her right amputated stump will be prepared for a prosthetic, so she can walk again, maybe even play volleyball again! She is very self conscious about her leg, and covers it as much as she can. She will possibly have more procedures in the future, so we will get to spend time with this sweet girl over the next coming months.

Kimberly is back in school, finishing her last year of high school, and still wants to be a singer. She has an amazing, upbeat attitude, especially with all she’s been through. We’re excited to walk with this family through their journey of healing!

Kimberly never fails to amaze us as we see how God has continually been working in her life! This year, we had the chance to be reunited with her again as she attended the Night to Shine event, a prom held for our patients and kids with special needs. Not only was she a guest this time, but she made the program extra special by serenading us with a worship song! Aside from all the glitz and glam of the event, Kim shared her favorite part of the program when the speaker reminded her of God’s love and her identity! She also thanks the people that God used as instruments to help her and give her hope and joy and that includes each and everyone of you! She will be back at the hospital anytime soon for another stump revision! 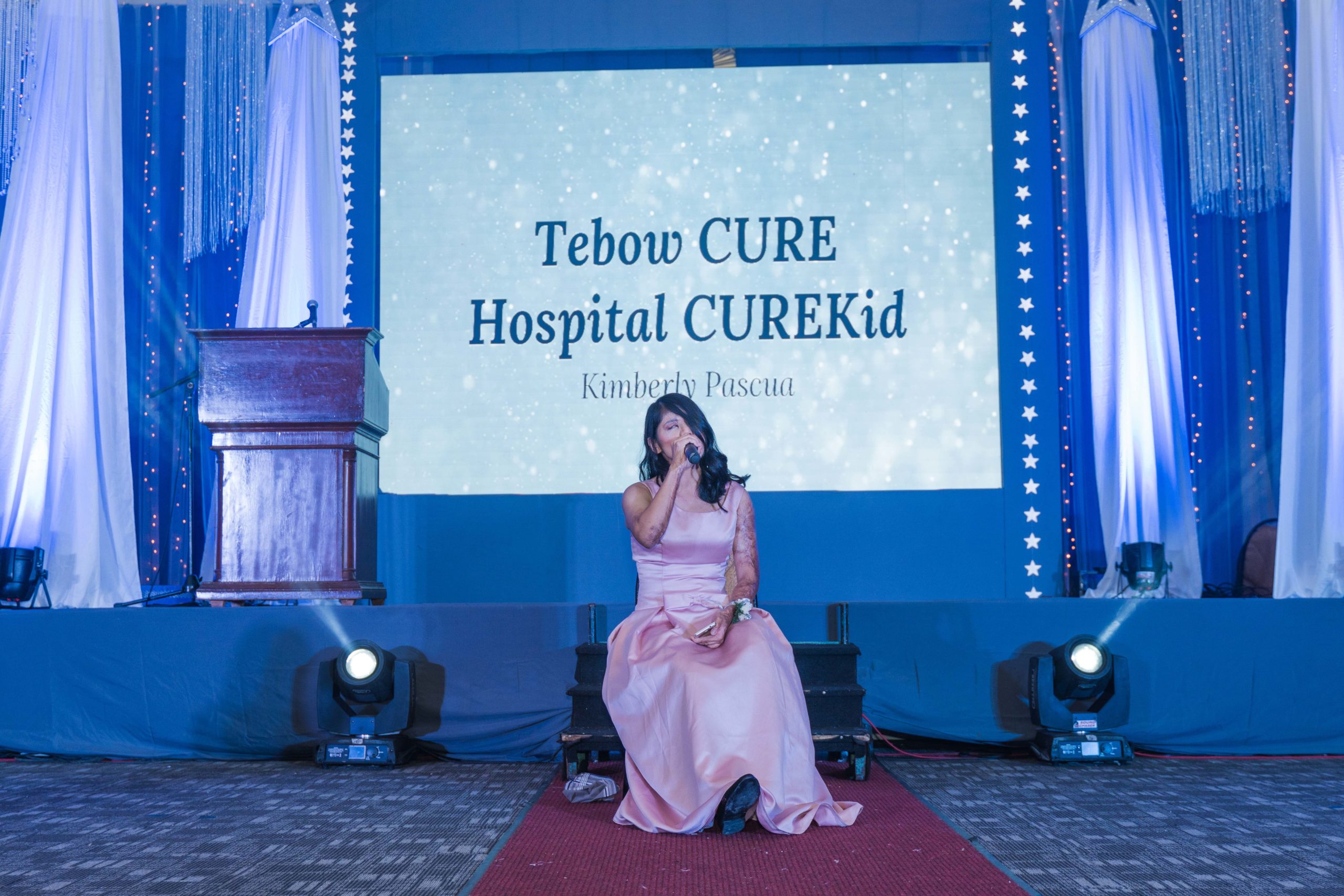 We have to admit that we got teary-eyed seeing one of our special guests at Night to Shine this weekend! We found out that Kimberly now stays within the city to continue going to school, so it wasn’t hard to send an invite her way. Through our partners from the Seeds of Dignity, Kimberly was able to wear a beautiful ball gown and walked down the red carpet, embracing her identity as a child of the King! We are so honored to be partnering with the Tim Tebow Foundation for this event and even humbled to see our patients back as they give us lots of hugs and thanks! We are sending those hugs to you as well! You have been a huge part of Kimberly’s healing! 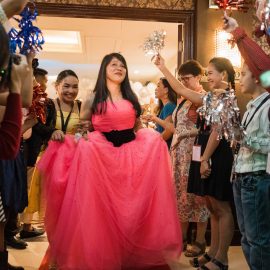 Kimberly is back with her new legs! This is such an exciting day for all of us seeing her up and walking! She came by the hospital with her Aunt Jessica after her last day of physical therapy to show how great she’s adjusting with her prostheses! It’s been a huge blessing to serve Kim and her family and it was so sweet to see what God has done in their lives. Our prayers are answered and we are full of joy knowing that God is going to use her story to inspire others. We are thankful that you’re a part of Kim’s healing! 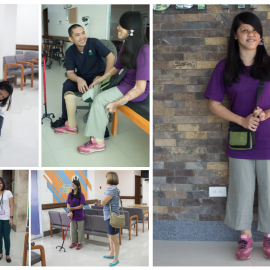 OK, we promised you all a video of Kimberly's incredible singing, we just never promised...when! You'll be happy to know that we finally completed it, and even though Kimberly won't be back for a follow up for another month or so, we didn't want you to have to wait any longer! Here's a link to her talented performance, and a little bit of fun! https://youtu.be/gMCYtcq7hEg

Kimberly and the rest of the family head home next week, but had one more follow up before leaving. Everything is looking awesome, healed, and healthy! She’ll be getting her prosthetics very soon, and we’ll get to see her again when that happens. She spent a bit more time in the playroom singing earlier, we’ll certainly miss hearing her sweet voice. 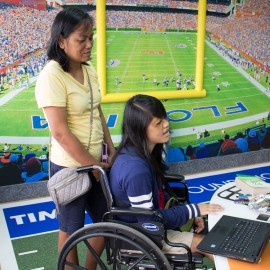 Well, we joked that Kimberly must be getting better, because she went from several “ouches” last week during her dressing change to just one small “ouch” this week! She’s looking great, and started some physical therapy today to build her hand strength. As she examined her hand, all she could say was “wow” over and over, the change is already amazing. Her leg stump is also healing beautifully, and before too long, she’ll be ready for prosthetics! We’ll see her in a few weeks for another follow up, we’re so excited to be part of this sweet young lady’s journey! 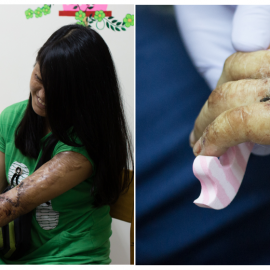 Kimberly was already back today for a dressing change, and it’s amazing what’s happened in just over a week! It may look rough, but her arm is healing nicely. There was some pain when the old dressings came off, but she was so happy with how things were looking, that she quickly forgot about it. She’s able to wiggle her fingers already, which is awesome! We will see her back next week again for another follow up, thanks for your prayers! 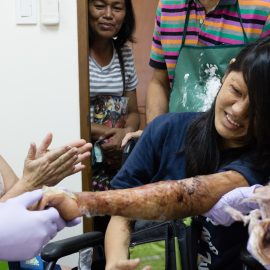 Kimberly was playing board games with the other girls earlier, having a great, giggly time! She sang a bit more for us, and we videoed it, so stay tuned. After a couple silly outtakes, everyone was laughing so hard we weren’t sure we’d get it done. We got it though, outtakes and all! Kimberly, Jessica and cousin Kiko will stay at a guesthouse near Davao for the next bit so they don’t have to travel far for follow ups. She will be discharged tomorrow and will return in a few weeks, thanks for all your prayers! 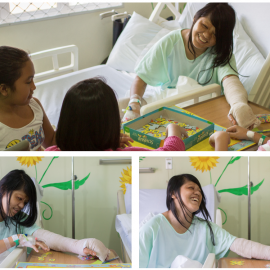 Kimberly is pretty darned sore today, but it’s not a surprise to her, she’s been there before. Hopefully she is almost done with surgeries, so she can move on to the next, exciting phase of her life! She was resting most of the day, very quiet, but with Jessica by her side. Jessica has been alternating between Kimberly’s and Kiko’s rooms, trying to care for both. Please keep this entire family in your prayers, for continued strength and endurance to finish this race! 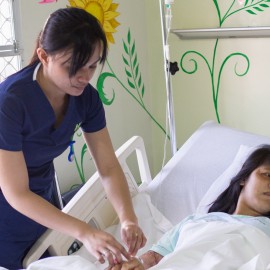 Kimberly was the final surgery of the day, and it was by far the most challenging of the day. Our team was up for the challenge though, and now Kimberly’s right leg will also be ready for a prosthetic, her arm will gain more mobility, and her right hand has four distinct fingers! One of her fingers was previously amputated, but the other four were fused together. Not bad for a day’s work! She will most likely be pretty sore tomorrow though, that’s a lot of upgrades in one day. Thanks for your prayers for Kimberly! 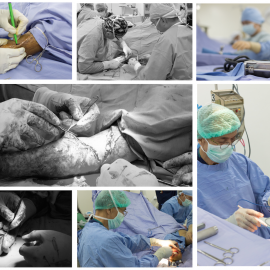 Kimberly is here at CURE, along with her cousin Kristian. Their Aunt Jessica, who is raising Kristian, has endured two long days on a public bus to bring them to CURE. We were asking Kimberly about her budding singing career, and she told us her favorite song is “That’s the Way It Is” by Celine Dion. She proceeded to sing the first verse and chorus, and the buzzing, chatty girl's ward fell silent. This girl can sing. No matter what has happened to Kimberly, nothing has stolen her spirit. We had a chance to pray with her, and prepare for surgery tomorrow. Please keep Kimberly in your prayers, we’re excited to see what her future holds! 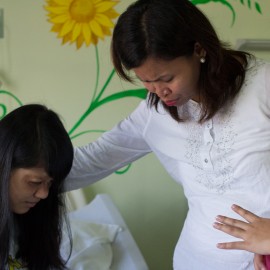 Send a Message to Kimberly

We'll deliver your message to Kimberly as soon as we see her. View get well messages

There are currently 45 different people who are a part of Kimberly's support community. What about you?

This is Kimberly's 1st procedure.

Kimberly has had 1 procedure at CURE Philippines. Below are the before and after photos for each procedure. 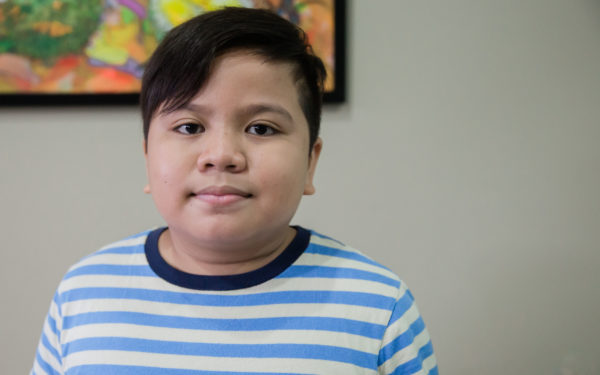 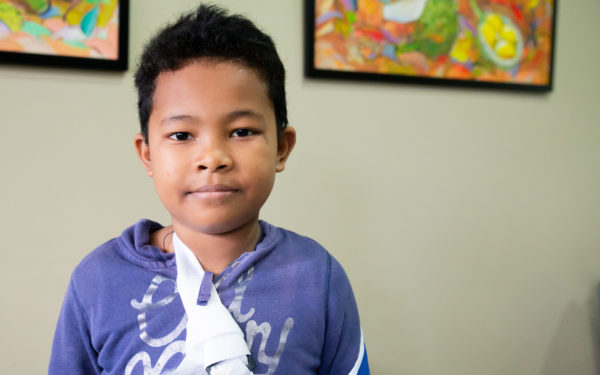 We're sending your message for Kimberly to CURE Philippines.

Every month, be a Hero to a child at a CURE Hospital, beginning with Kimberly. Real-time updates will let you see the impact of your giving monthly!

Your generosity will provide major underwriting for a surgery at CURE Philippines while you receive real-time updates on Kimberly.