“I’m so excited to get surgery,” says Oussey. “I’m so excited because then I can go back to school.” This eight-year-old has a sweet and shy smile - one which she seems hesitant to share with the world. It was three years ago that Ousse… Read more

“I’m so excited to get surgery,” says Oussey. “I’m so excited because then I can go back to school.” This eight-year-old has a sweet and shy smile - one which she seems hesitant to share with the world. It was three years ago that Oussey left school, when she was just five. “The other kids would make fun of her,” said her mom, “Plus, at that time someone from the village gave us some medication and swore it would help - but to actually just made her foot swell up more and more.”

Oussey was born with left foot that is turned inward and down - she cannot really walk on it, since her ankle is locked in place and the only part that touches the ground is the outside edge of her foot - instead she hops along, putting as little pressure on it as she can.

For a while, this worked - “She could still do chores, and basically get around,” her mom, Haoua, told us - but after the failed medication and Oussey’s forced absence from school, things got harder. “Someone in our village told us there was a hospital that can cure many types of ailments,” Haoua told us, “And that’s when we decided to come to CURE Niger.” Oussey and her mother made the hours-long trip, and now with a simple operation, casting, recuperation and physical therapy, her foot should be healed!

It’s amazing what a simple fix can do to transform Oussey’s life - after this, she’ll be able to walk normally, she’ll be able to go to school again without fear of the other kids, and she’ll be able to live the rest of her life doing the basic and essential thing that most of us take for granted - getting around on our own two feet. God works miracles in the small and in the great, and we’re so grateful for the miracle of Oussey’s clubfoot surgery here at CURE Niger.

Oussey is out! This morning, she and a dozen-or-so other longterm patients and caregivers all boarded a van and set off for home. "We thought it was important we pay for them and arrange this," Hannatou, our Spiritual Director said. "Most of them cannot afford it, and they are missing their families during this time of celebration." Oussey is so excited to go home to celebrate Eid (one of the biggest Muslim holidays) - pray for a great time with family and plenty of patience and perseverance to continue doing her ankle-strengthening exercises. 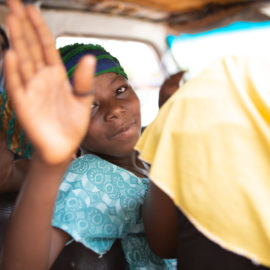 This morning we caught Oussey and a bunch of the other longterm patients waiting to see the doctor. It was only 11am but Oussey had already been to the Red Cross to pick up a special brace to hold her foot in the correct position as it heals - "It feels much easier to walk now," she said, showing it off to us. Now that Oussey's all set with her new 'shoe' she's ready to go home until her next appointment in six weeks. Travel arrangements are always fluid around here, but she's hoping to leave with some other patients tomorrow morning! 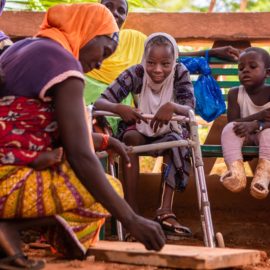 Oussey is now well-rested and has just finished eating lunch. She seems happy to be staying at our patient guesthouse with her old friend Zali - when the two are together they're even more talkative and goofy than normal. We're glad she's having a good time while she and her mom work out transportation home. 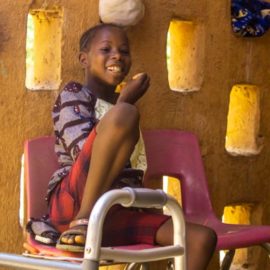 After almost two months away, Oussey is back! Today she got her cast off, saw our doctor, and started physical therapy. She's not quite to the point of walking, but she's doing well and has been given exercises to strengthen her tendon. She's spending a little while in our guesthouse until she and her mom head home. Once they do, we won't see them for another three months! Pray that her few days here with us would be blessed. 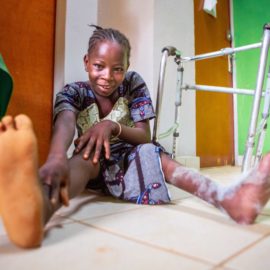 Because Oussey's operation was minor, our surgeons gave the go ahead for her to be discharged! Here she is just a few minutes before she got to leave the ward - her foot will be in a cast for awhile until her tendon is more fully healed - pray for a speedy recovery. 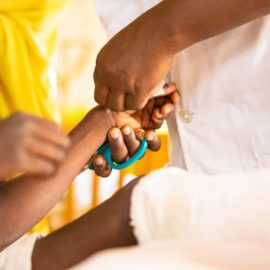 Oussey's achilles tendon could be compared to a two-sizes-too-small rubber band forcing her foot into a tip-toe position. Since birth, it locked her foot into an odd angle, not allowing her to walk like normal - if caught early enough, clubfoot can be easily treated without surgery, but since Oussey is older, our team needed to perform a simple procedure to release and lengthen her tendon. She then had a cast put on to hold her foot straight. With time, Oussey's tendon will heal, but to the right size this time - then, with physical therapy and practice, Oussey will be able to walk like normal! 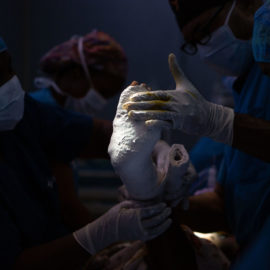 "I'm not afraid," Oussey tells Biba, a member of our spiritual team. Biba's been walking Oussey through our CURE Niger surgery photo book to help her know what to expect before, during and after her operation - she's also here to assuage any fears the young girl might have. But for Oussey, surgery is only a positive thing - it means her clubfoot will be healed and she'll be able to go to school again without being tormented by other kids! 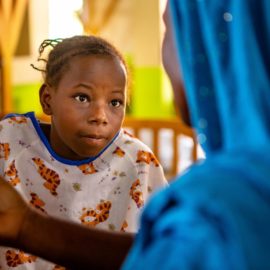 Send a Message to Oussey

We'll deliver your message to Oussey as soon as we see her. View get well messages

There are currently 142 different people who are a part of Oussey's support community. What about you?

This is Oussey's 1st procedure.

Oussey has had 1 procedure at CURE Niger. Below are the before and after photos for each procedure. 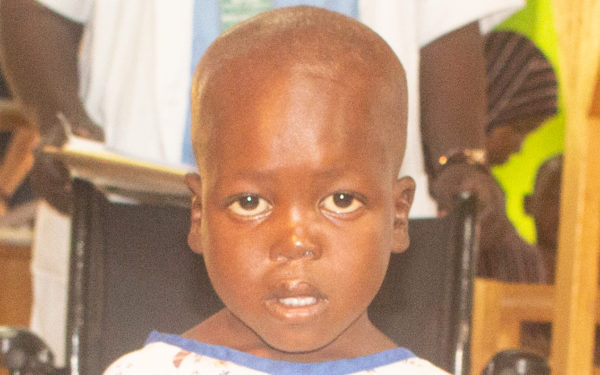 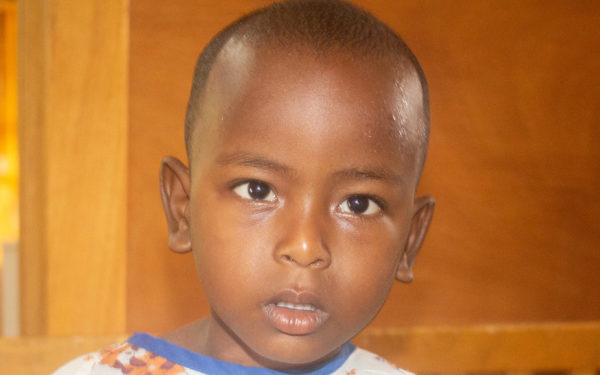 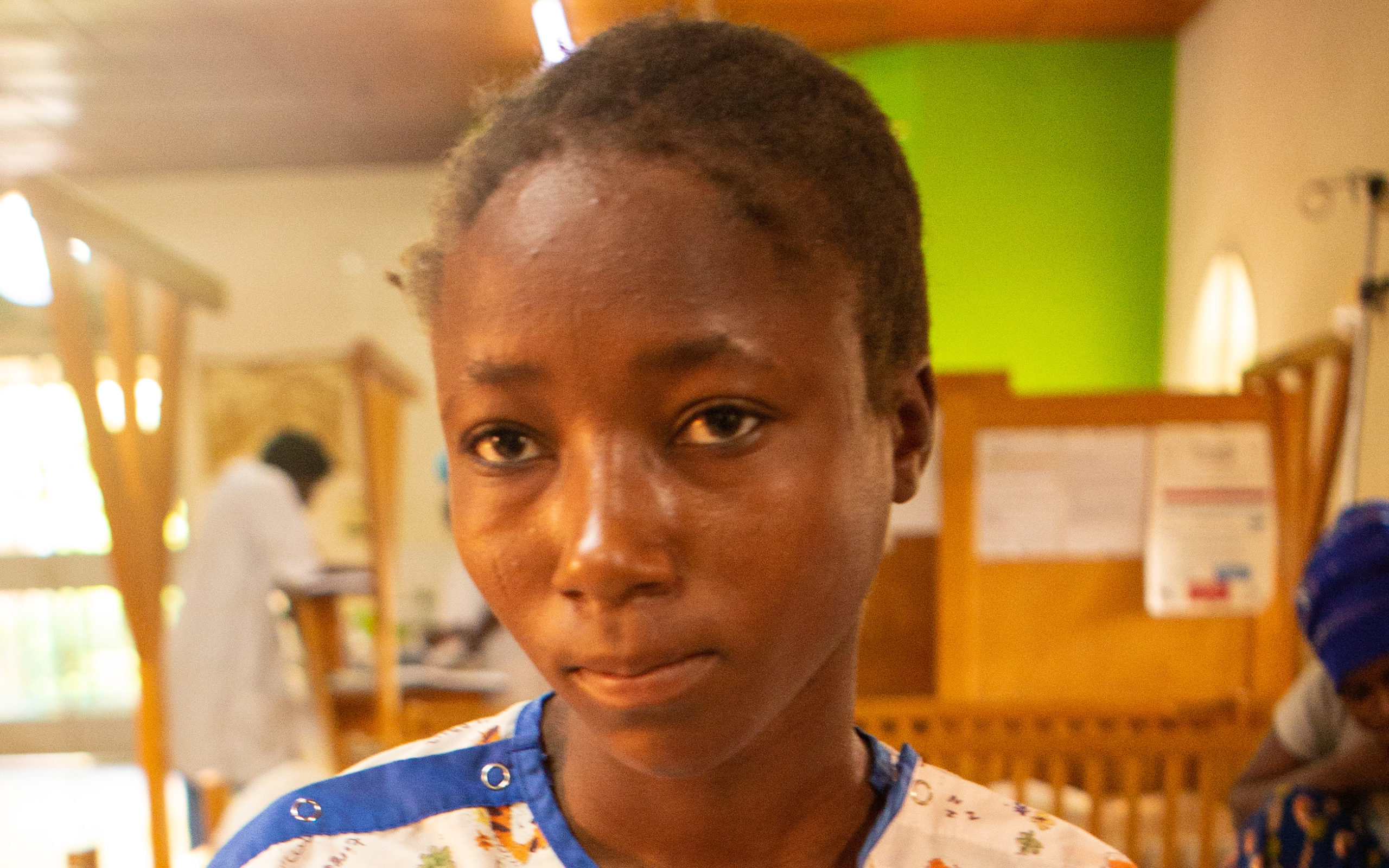 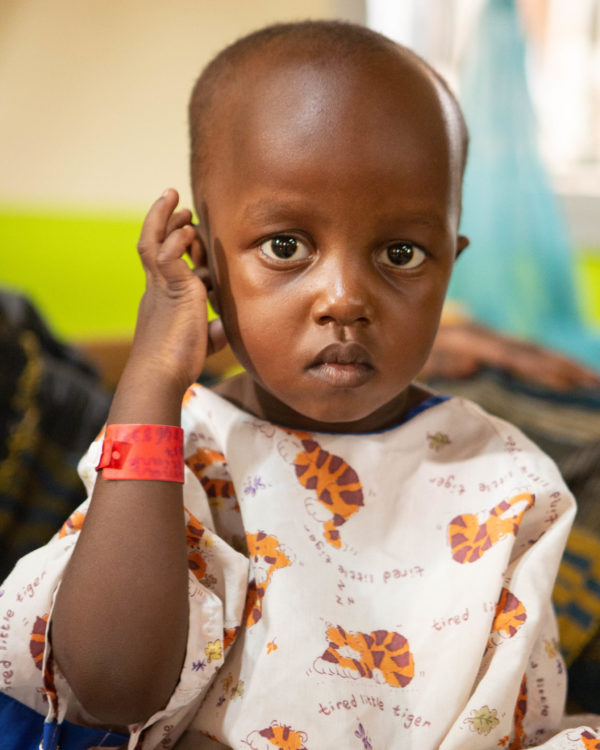 We're sending your message for Oussey to CURE Niger.

Every month, be a Hero to a child at a CURE Hospital, beginning with Oussey. Real-time updates will let you see the impact of your giving monthly!

Your generosity will provide major underwriting for a surgery at CURE Niger while you receive real-time updates on Oussey.