This is Michael, one of the twins who God blessed Eunice with 16 years ago. The two fraternal twins were born normally. However, the dad notes that Michael was born with a condition that nobody told them about. When the two boys turned 6 months old… Read more

This is Michael, one of the twins who God blessed Eunice with 16 years ago. The two fraternal twins were born normally. However, the dad notes that Michael was born with a condition that nobody told them about. When the two boys turned 6 months old, Michael’s brother started sitting but Michael couldn’t. Their parents started being concerned and they noticed a very telling difference.
Michael had a problem around his knees. He couldn’t move or bend them the normal way. Michael was taken hospital so the doctors could tell his parents exactly what the problem was. They couldn’t. Michael’s parents went back home disappointed. When Michael turned two years old, physiotherapy was suggested to his parents. So they started physiotherapy and some form of casting. This was done for one year and the parents were pleased with the results because Michael was able to start walking.

The physiotherapist advised them to stop at that and be contented with the fact that Michael could at least walk. So they stopped and Michael continued to grow. As he grew older the condition became worse and his legs started bending further back. Michael’s dad looked everywhere for solutions but he didn’t get any. Some doctors told him that they couldn’t perform surgery on Michael.

Now a frustrated father, Francis went to the internet to try and find a solution. He came across a picture of a child who according to him had a condition worse than Michael’s. He did a little research and discovered that this child had been treated at the CURE hospital in Kenya. He immediately started looking for contact information and details of where this hospital is located.

Francis was able to get in touch with CURE and was told about a mobile clinic near his home. Since he lives approximately 10 hours from CURE, the mobile clinic which was only 2 hours away sounded like a really good alternative. Michael and his parents made it to the clinic and were told about surgery and were booked to come to the hospital. They are here now and they are very certain that God will do a miracle and Michael will be healed.

Michael is healing well. He is scheduled to have surgery on his other leg next week. “We hope that by having both surgeries done around the same time, it will save time in the long run. When he is healed, he’ll be able to go to high school without fear of stigma from his peers,” his father, Francis told us.

Michael had his operation! You can see that his leg has already starting to bend normally even before leaving the operating room. The doctors were able to operate around the knee area and make some changes that will allow Michael to bend his knee the right way. Please thank God for a successful procedure and keep Michael in your prayers!

Michael had some more time to move around and see the hospital yesterday because his operation was canceled. So, Michael has a little more time to explore the hospital grounds before his surgery date. Meanwhile, please keep praying for Michael and his family as they wait.

Please welcome, Michael! He has a very big desire to explore and find out new things. We found him outside speaking with Peter, a guard at our CURE Kenya. He was asking him questions about different structures he could see at the hospital. Peter was kind enough to answer all his questions. 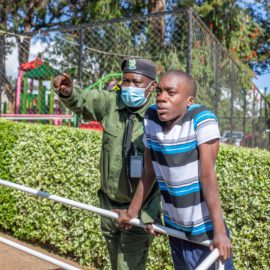 Send a Message to Michael

We'll deliver your message to Michael as soon as we see him. View get well messages

There are currently 178 different people who are a part of Michael's support community. What about you?

This is Michael's 2nd procedure.

Michael has had 2 procedures at CURE Kenya. Below are the before and after photos for each procedure. 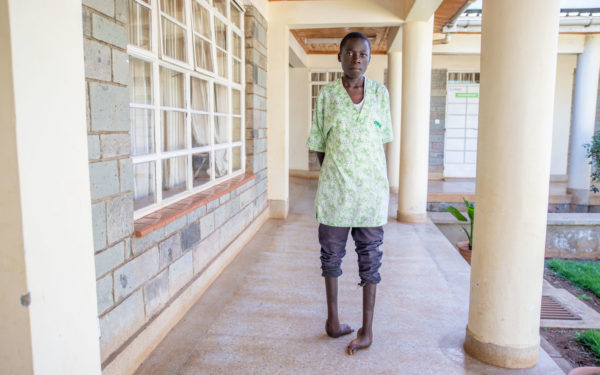 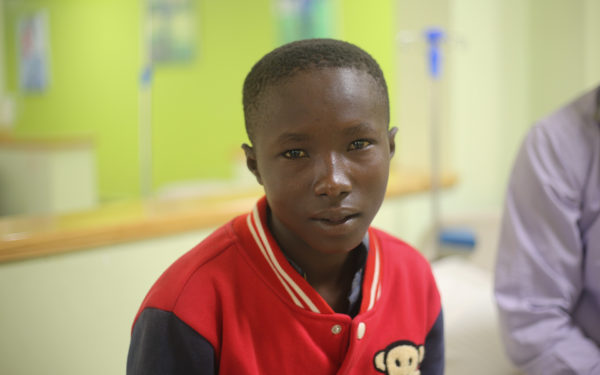 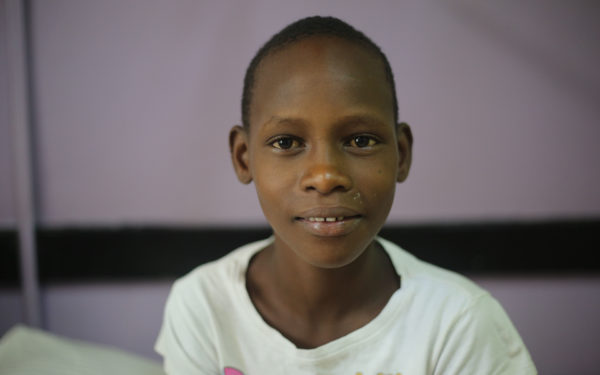 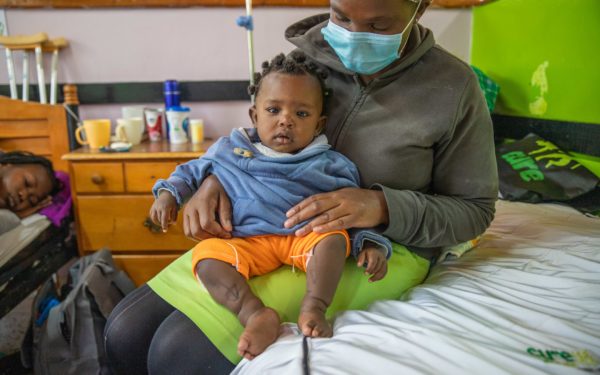 We're sending your message for Michael to CURE Kenya.

Every month, be a Hero to a child at a CURE Hospital, beginning with Michael. Real-time updates will let you see the impact of your giving monthly!

Your generosity will provide major underwriting for a surgery at CURE Kenya while you receive real-time updates on Michael.