"I was so angry and confused after seeing my first child's feet like that." Ryan's mother told us.

Vivian is a young mother with two children, Ryan as the baby who made her a proud mother. However, the joy of being a mother was halted the m… Read more

"I was so angry and confused after seeing my first child's feet like that." Ryan's mother told us.

Vivian is a young mother with two children, Ryan as the baby who made her a proud mother. However, the joy of being a mother was halted the moment she held Ryan on her arms. Vivian had had her delivery at home since her water broke earlier than expected in the middle of the night.

The confusion and anger of having a child feet curving inside (clubfoot) made her question why she was being 'punished'. Her mother told her to accept the condition and find a way of living with it. She was advised by her in-laws to hide the child. Vivian cried every time Ryan asked her why he couldn't go outside to play. Ryan couldn't be kept in for long and would severally sneak out to play. That came with a consequence; being laughed at and not only did he pay for that but so did her mother as well.

Vivian tried local herbalists but nothing came of it. She finally decide to take a shot at a local hospital but shock on her! It was expensive to buy cast every now and then since there wasn't much that the hospital could do. She threw in the towel, took Ryan home and entirely stopped going to the hospital.

Ryan's playful nature brought him his shot at specialized treatment when a neighbor who had come back home from the city. He saw Ryan's condition and immediately sought Vivian and her husband. He introduced them to CURE Kenya and their service and Ryan's condition was the core reason why the hospital was started in the first place. He informed them of our clinics around the area but the COVID-19 pandemic hindered them from attending one. Luckily, CURE Kenya had heard about Ryan's travel concerns and they made sure that they went to Ryan's home and brought him to Kijabe for his surgery. Now, Vivian can have a smile again as she hopes for a complete transformation of her first born.

We caught up with Ryan in the ward doing some coloring. Ryan had his final cast change and he is being discharged to continue with the recovery at home! We're organizing their transport home together with a few other patients since the virus has made public transit both difficult and expensive these days. We pray Ryan will continue with his transformation in between now and when we see him next! 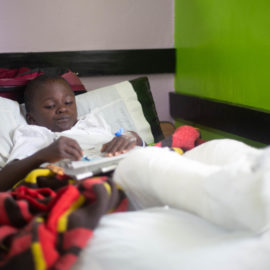 CURE Kenya's Dr. Fasto, Dr. Nderitu and Peter, a nurse, were helping give Ryan a cast change since the one he had yesterday was split apart and a bit uncomfortable. He will still be under observation due to this being his first procedure. Let's continue praying for a smooth recovery process. 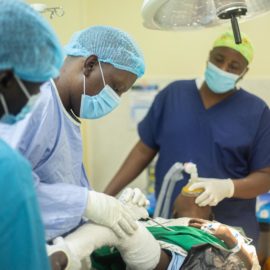 Ryan is finally out of the OR and had a successful surgery. The doctors are amazed by his attitude despite the discomfort that comes with having a cast. Ryan was assured that the casts will help him heal and he says he'll put up with them. We thank the Lord for his progress this far! 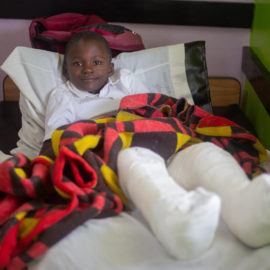 Phylis, our anesthetist encouraged Ryan's mother Vivian to be strong for her son and later on prayed for Ryan as he went in for surgery. Ryan was ready and seemed determined to start his transformation journey. Join us as well in prayer and support for a smooth surgery for Ryan. 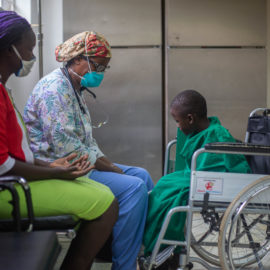 "When I told Ryan that we'll be going to hospital for his treatment, he couldn't hide his joy. Finally he'll be able to confidently go out to play and I will always be grateful for this miracle" Vivian shared with us. Ryan was looking out the window as he got settled in here at CURE Kenya. He is a quiet boy but with a great attitude! We ask you to join us in prayer for Ryan as he gets his first surgery that will enable him to play and run! 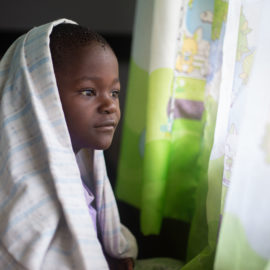 Send a Message to Ryan

We'll deliver your message to Ryan as soon as we see him. View get well messages

There are currently 139 different people who are a part of Ryan's support community. What about you?

This is Ryan's 1st procedure.

Ryan's first procedure photos are not yet available. 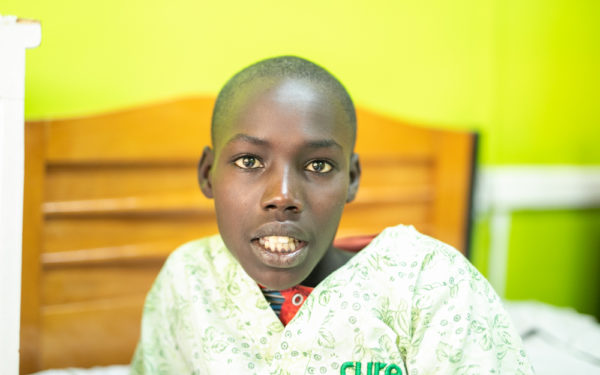 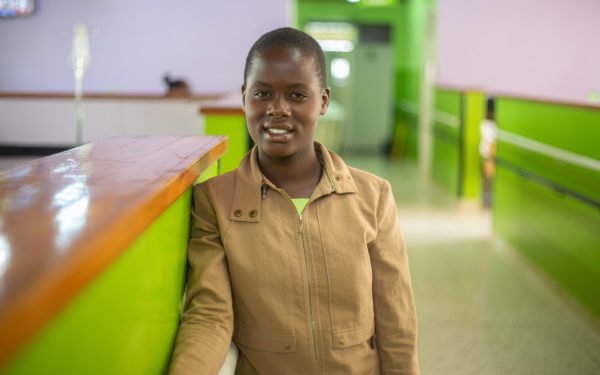 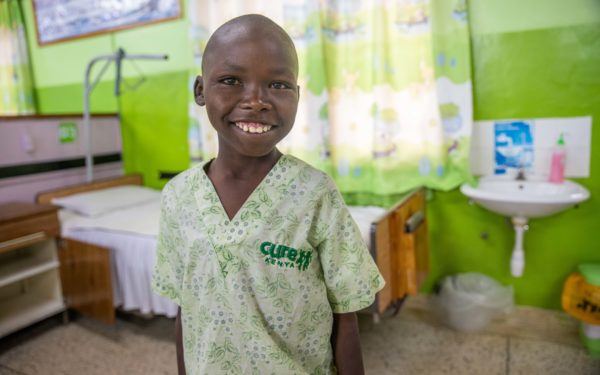 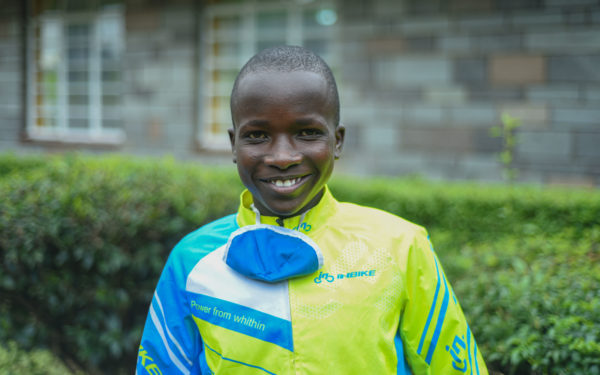 We're sending your message for Ryan to CURE Kenya.

Every month, be a Hero to a child at a CURE Hospital, beginning with Ryan. Real-time updates will let you see the impact of your giving monthly!

Your generosity will provide major underwriting for a surgery at CURE Kenya while you receive real-time updates on Ryan.