“Kids in his school make fun of his arm and he doesn’t want to go to school because of that,” Tamirat’s father Addisu told us and continued, “I hope all that stops for him and he goes to school just like other children.”

“Kids in his school make fun of his arm and he doesn’t want to go to school because of that,” Tamirat’s father Addisu told us and continued, “I hope all that stops for him and he goes to school just like other children.”

Tamirat and his father Addisu came to CURE Ethiopia seeking help for Tamirat’s arm problem. When he was three years old, while playing, he fell and hurt his arm. His grandparents took him to a traditional healer but his arm healed in a way that left his right forearm shortened because the bone is a little bent. Since it didn’t heal properly, Tamirat has pain from time to time. Tamirat’s father is a solider and he was on duty while the accident happened but once he came back home, he started looking for help for his son. After going to different hospitals, he finally heard about CURE in one of the hospitals and brought Tamirat here. Now Tamirat is here and ready to start his healing journey!

Right before going to the operation room, Tamirat was outside running around and playing. Today he had an examination under anesthesia to see the healing progress of his wrist and a frame adjustment. While not a big procedure, it would have been too painful were he awake for it. Tamirat is healing well and now he is back in the ward resting. Please keep on praying for him! 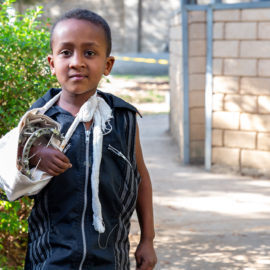 As usual, Tamirat was outside playing and having fun! He is still having his frame turning to gradually straighten his arm and the nurses clean the frame area for him to keep him from any infections. He is doing wonderfully and continuing his healing, please keep on praying for him as he recovers! 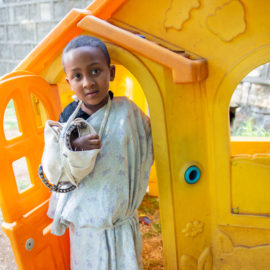 In the morning, Tamirat was outside running around and playing, but he stopped his game to see one of our porters clean the ground! Tamirat is doing wonderfully and continuing his healing! Please keep on praying for him! 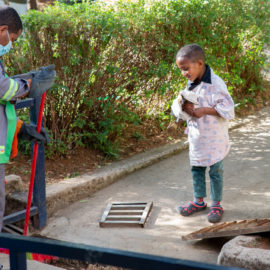 Tamirat is continuing to heal! He started his frame turning to help gradually straighten his arm. He spent the rest of his time running around and playing on a swing. Please continue praying for him as he recovers! 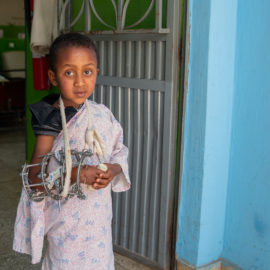 We found Tamirat in bed reenergizing after spending most of his day running around and playing! He is having his frame cleaned every day to prevent infections. Soon, he will go through frame turning to help straighten his bone step by step. He is doing great! Please pray for his upcoming frame turning and his continued healing. 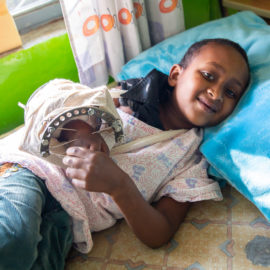 Tamirat is doing wonderfully! He is healing well from his operation, and he is out of bed running around and playing. Since he has a frame on his arm, he will stay with us for a few weeks and can continue having fun while healing! Please continue praying for him as he recovers! 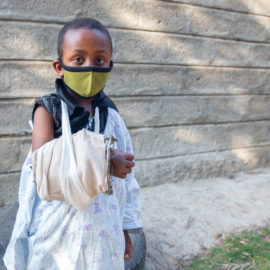 Thank you all for your prayers! Tamirat's first surgery went well! Dr. Laurence put on a frame that will help straighten his hand and lengthen his arm. Tamirat is back in the ward resting, and the nurses are taking good care of him. Please pray for his recovery.

“I love playing with the wheelchairs here,” Tamirat told us after spending a day in the ward. Today, he is going to the operating room for his surgery, and he is getting ready for that. Please keep him in your prayers for a successful surgery and speedy recovery! 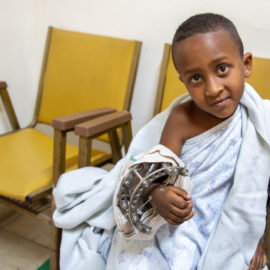 Send a Message to Tamirat

We'll deliver your message to Tamirat at his hospital bed. View get well messages

There are currently 226 different people who are a part of Tamirat's support community. What about you?

This is Tamirat's 1st procedure.

Tamirat has had 1 procedure at CURE Ethiopia. Below are the before and after photos for each procedure.

Other Kids in Ethiopia 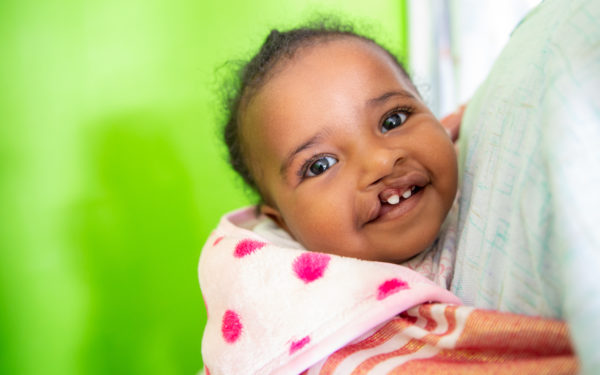 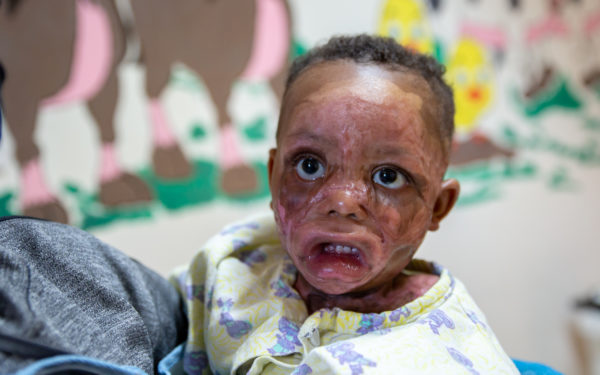 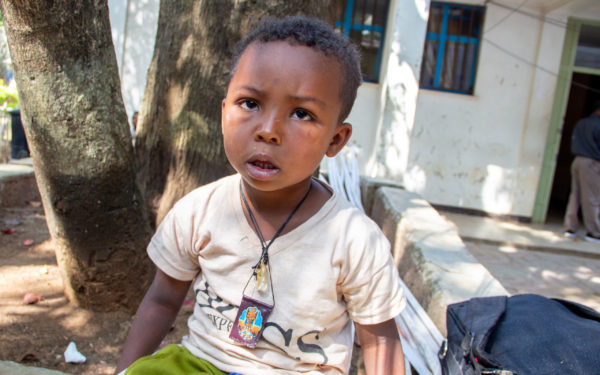 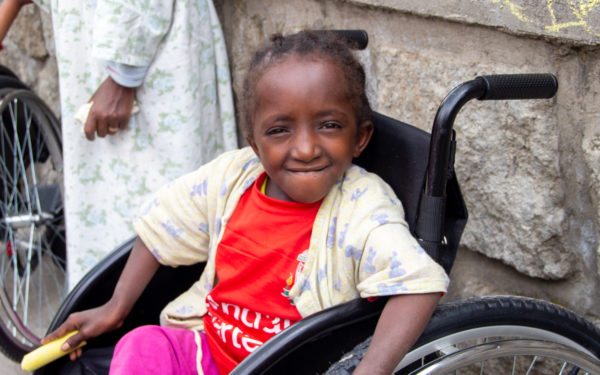 We're sending your message for Tamirat to CURE Ethiopia.

Every month, be a Hero to a child at a CURE Hospital, beginning with Tamirat. Real-time updates will let you see the impact of your giving monthly!

Your generosity will provide major underwriting for a surgery at CURE Ethiopia while you receive real-time updates on Tamirat.