“I want to be a soccer player when I grow-up!” proclaims Mohammed.

Two years ago Mohammed was involved in a car accident where he badly hurt his foot. It makes walking hard and still hurts him to this day. His family took him to several … Read more

“I want to be a soccer player when I grow-up!” proclaims Mohammed.

Two years ago Mohammed was involved in a car accident where he badly hurt his foot. It makes walking hard and still hurts him to this day. His family took him to several different hospitals for treatment and while they tried a few different options, nothing really worked. “The last hospital told me they have to amputate his foot but I said no and started asking around to find other options”. Kasew, Mohammed’s father shared. Thankfully, they heard about CURE Ethiopia from another hospital and we met them at one of our mobile clinics near their village.

Mohammed is the youngest of six and has two brothers and three sisters. His mother stays home taking care of the children and his father is a daily laborer. He is in grade one and loves playing soccer with his friends! Please join us in welcoming the family while they start their healing journey!

As part of Mohammed's last operation he had a procedure called a "flap" which is kind of like a skin graft, but instead of just transferring skin from one location on the body to another, the doctors are transferring skin and tissue to essentially rebuild Mohammed's foot. To do this, they had to sew his right foot to the tissue donor site on his left leg. This is allowing the tissue to grow onto his foot while still being kept alive from his leg. It's a complicated procedure with the possibility of infection which is why he's going back into the OR so often for bandage changes and cleanings. The doctors estimate Mohammed will need another week before we can release the flap and his foot can be free again! 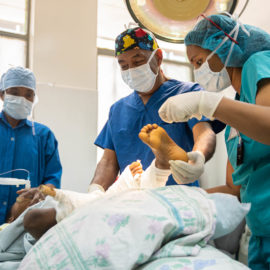 One of our nurses, Hanna, was doing her afternoon rounds checking on all the kids. Mohammed was one and he's an old pro at this process now. He knows just how to help out Hanna in order to make the process as quick and easy as possible. After getting his temperature and checking his blood pressure, Hanna confirmed Mohammed is doing great! 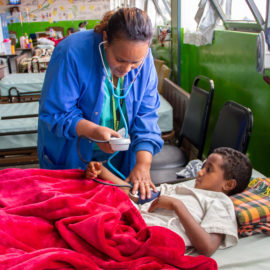 Mohammed is such an energetic boy! This is him after his bandage change today, his second for the week. Dr. Tesfaye took off Mohammed's bandages, cleaned all the surgical wounds, and put on another bandage to help his foot continue its healing. Mohammed is doing well and enjoying licking his nose in the ward ... ? 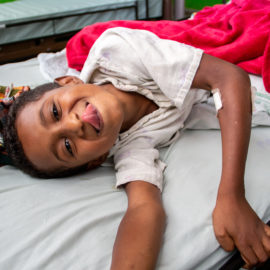 Another week, another trip to the OR and Mohammed's face says it all! Thankfully, today's visit is just for a bandage change and for the doctors to check how his foot is healing. 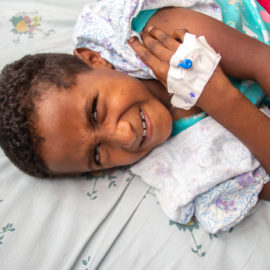 We're continually impressed with this little man's attitude. He's one day out from surgery and having a hard time keeping food down, but he's just as playful and silly as ever! The nurses are keeping a close watch on him and he's been instructed to stay in bed so we have no doubt he'll be back to 100% in no time. 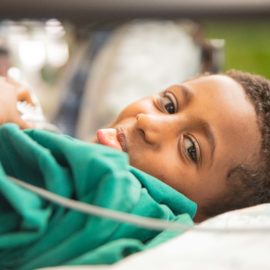 Mohammed has had his second operation! He had a contracture release on the bottom part of his right foot, the surgery will help him to walk more comfortably. It all went well and he is recovering and resting in the ward. 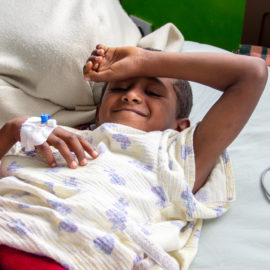 On our walk around CURE Ethiopia, we found Mohammed with his friend Habtemariam, playing on their wheelchairs and enjoying the beautiful morning. Mohammed is doing wonderful and is still recovering well from his operation! 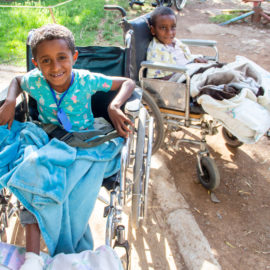 Dr. Tesfaye was on his ward rounds checking on the children there, and Mohammed was one of them. He is doing well and his foot is healing from his operation! Please continue praying for him! 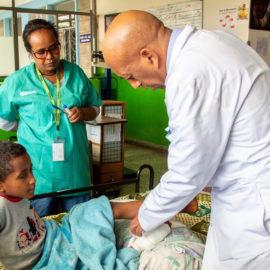 We found Mohammed in bed playing with his toys and resting. He was thankfully in a good mood this soon after his surgery which tends to be a sign he's recovering well! Keep this young boy in your prayers for a speedy recovery! Mohammed's operation went well! He had the little toe on his right foot amputated since it was mangled in a way where it caused him intense pain when he walked. Now, once he heals from his surgery, he will be able to walk pain free! He is doing well and resting in the ward. Please keep this young man in your prayers for a speedy recovery! 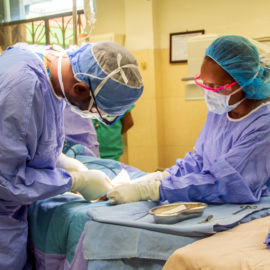 Mohammed had a good weekend hanging out with the kids and mentally preparing himself to go to the OR. Turns out today is the day and Mohammed was all smiles as he waited his turn. Please keep this young man in your prayers! 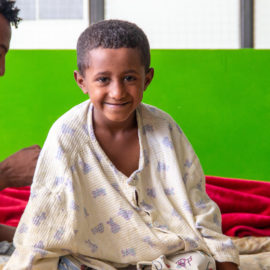 “Most of the time my foot is numb and I always have to limp when I walk, I want everything to change and to walk without problems” Mohammed told us. Well the good news is he is on his way to walking easily now that he is here at CURE Ethiopia with his father Kasew getting ready for his operation! 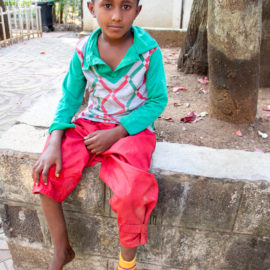 Send a Message to Mohammed

We'll deliver your message to Mohammed at his hospital bed. View get well messages

There are currently 184 different people who are a part of Mohammed's support community. What about you?

This is Mohammed's 1st procedure.

Mohammed has had 1 procedure at CURE Ethiopia. Below are the before and after photos for each procedure.

Other Kids in Ethiopia 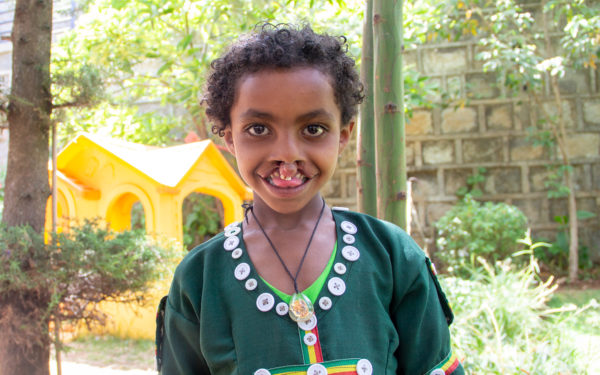 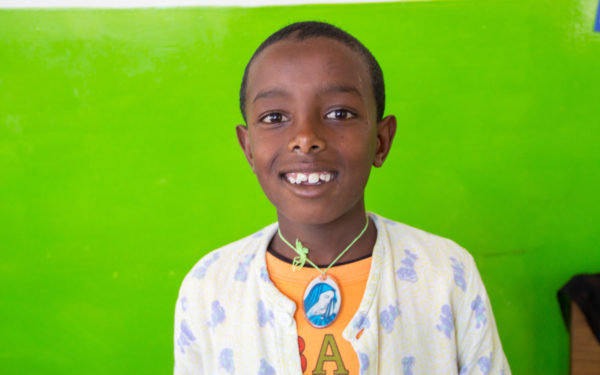 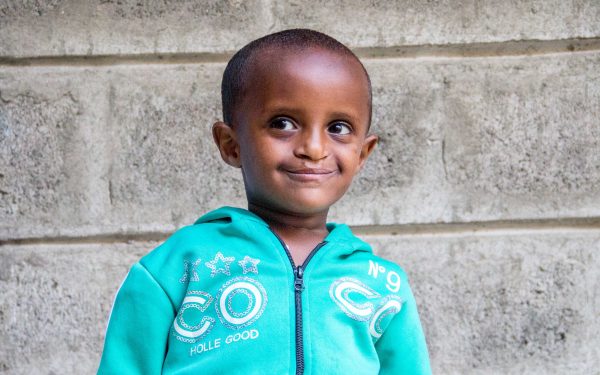 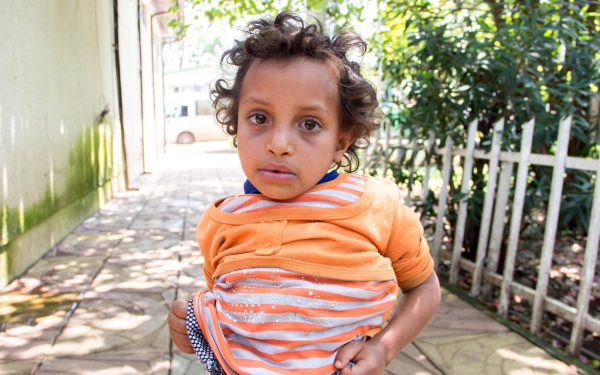 We're sending your message for Mohammed to CURE Ethiopia.

Every month, be a Hero to a child at a CURE Hospital, beginning with Mohammed. Real-time updates will let you see the impact of your giving monthly!

Your generosity will provide major underwriting for a surgery at CURE Ethiopia while you receive real-time updates on Mohammed.