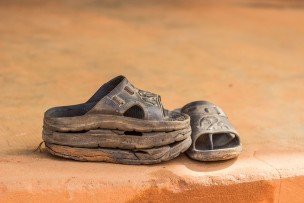 Keeping the gospel central in all life

“But when I saw that they walked not uprightly according to the truth of the gospel…” Galatians 2:11-19 No one except Paul had his eyes open at this, and so it was his duty to reprove Peter and his followers for swerving from the truth of the Gospel. Both Paul and Peter need to be […]

I don’t usually lose control of my emotions to the point of shedding tears, but I did the day I met Birtukan Kassew. Her mother had brought her to the CURE hospital in Addis Ababa, Ethiopia. Birtukan had lived with clubfoot for over a decade. When she was little, her mother had tried to get help from the local hospital, but she was told they could not do anything about her deformity. Without anywhere else to turn, she had accepted this situation as God-given.

Working together to cure clubfoot in Rwanda

Rwanda has come so far in just the past few decades. It is here that CCW (CURE Clubfoot Worldwide) has come alongside the Ministry of Health, the church, and other NGOs to make healing children born with clubfoot a reality.