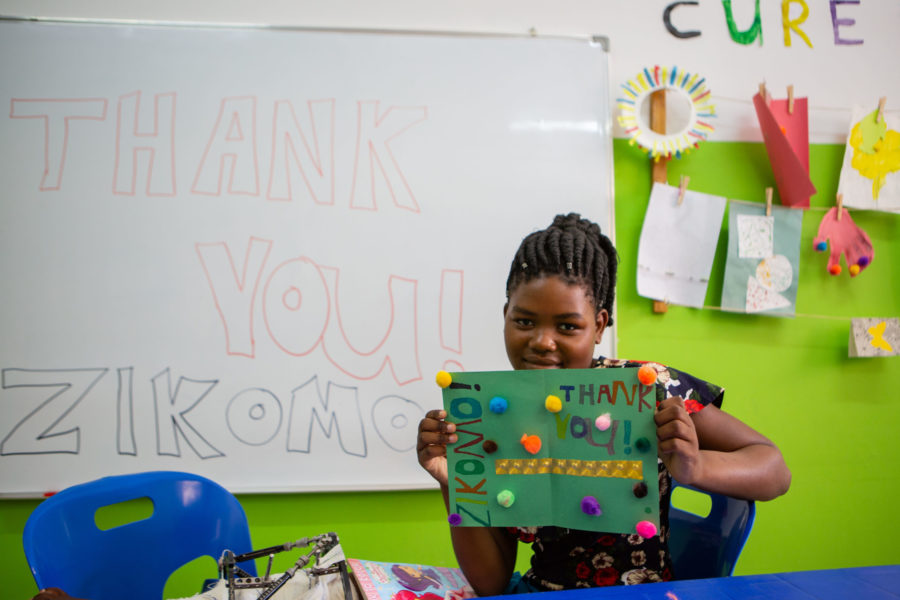 Colossians 3:15 – Let the peace of Christ rule in your hearts, since as members of one body you were called to peace. And be thankful.

In the United States, you may show your gratitude with a home-cooked meal or a thank you card. It’s a bit different in the countries where CURE hospitals are located. To show their sincere gratitude, families of patients have been known to give live animals to our staff. In Malawi, the most common gift you see is a chicken. This gift may seem strange to someone from the States, but it is a big gesture of thanks to someone from Malawi. “They want to give you their best,” CURE Malawi Storyteller Alexis Gilmore explains. “Malawians will tell you how much they love gifts – it’s the culture’s love language.”

One of our patients was so grateful to his Physical Therapist Diana at CURE Malawi for teaching him to walk that he came to a therapy session with a live chicken that he carried on a bus from his village. Diana was not prepared to store a chicken at that moment and tied it up until she could take care of it at the end of the day. Fortunately for the kids, but unfortunately for the staff, the chicken untied itself, and the staff had to chase it around the physical therapy building. You can imagine the laughter that ensued as the kids watched a chicken run around during their therapy sessions. CUREkids and their families sure had some belly laughs that day and a funny story to tell.

Animals, such as chickens and goats, are also commonly given as a way to say thank you in Kenya, as well as sacks of fruits and vegetables. During a trip to follow-up with patients at their homes, our CURE Kenya Storyteller Elvis Lemaiyan recalls, “We had to create space in the CURE vehicle just to accommodate all the farm produce we had received. We were even given a goat!”

In Zambia and the Philippines, gratitude is also shown through the gift of produce. Bananas and pomelos or rice cakes (kakanin) are commonly given in the Philippines, and CURE staff has been blessed with an abundance of farm-fresh produce when visiting patients in Zambia. During a recent follow-up home visit with two patients in the northern province, CURE Zambia Storyteller Chaanga Mungalu recalls, “As we were still chatting, the family started organizing fresh produce for the team. By the time we were ready to leave, we had a sack full of fresh cassava and groundnuts as a way to show their gratitude to the hospital for helping their daughter.” At another patient’s home during the same trip, Chaanga told us, “We were welcomed by a group of family members and neighbors, they all took turns sharing their gratitude and how the young girl’s life has changed after she had surgery. A few minutes later, we saw a container full of a locally brewed drink called ‘Munkoyo’ being given to us as a way to show their gratitude.”

Gift-giving is also a popular way to show gratitude in Ethiopia. At our hospital there, we had an instance where a father was so thankful for what CURE had done for his child that he returned to the hospital with a beautiful set of traditional Ethiopian clothes for the child’s doctor, which was unique and much appreciated. Even though gift-giving is also a popular way to show gratitude in Niger, the biggest way we have seen gratitude displayed at our hospital there is through relationship building. It’s common for patients that have long since finished their treatment to stop back by the hospital just to greet everyone and check in on how they are doing. They are so thankful for what has been done for them that they want to continue the relationship and make sure everyone involved is healthy and doing well.

Whether it be gifts or words, thankfulness is expressed in many ways around the world. At CURE, we are thankful to be able to serve children and families in need every day. This would not be possible without your support, and we are so thankful for you!

“If it was by myself, my daughters would never get this chance [for treatment]. It would cost millions [birr] which I cannot afford. But, this is what God has done for us. If I could see [the CURE supporters], I would give them a hug, thank them, and say God bless them. They have covered my everything,” Hajo, mother of patients at CURE Ethiopia, told us.

Hijo’s daughter, Fatuma, has this message for you, “Thank you very much. I love you all, and won’t forget what you have done for me.”

From CURE hospitals, patients, and families to you… 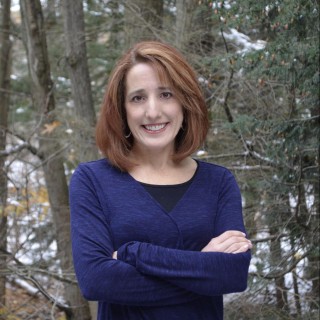 About the Author: Stacey Korecki

Stacey is a copywriter for CURE International and spends her time writing and editing stories about CUREkids and events from CURE hospitals. She obtained her Marketing and Literature degree from Indiana University and has a background in Product Marketing and Fund Development. She is excited to be at CURE and feels that it is a privilege and blessing to be writing about the holistic healing being done every day for children and families in CURE hospitals.