A string of hospitals trace the border of Pakistan and Afghanistan—a remnant from the days of British colonialism in the area. For decades, Afghanistan was a forbidden buffer state between the aggressive British and Russian empires, off limits to foreigners. But British missionaries, undeterred by the advice of their secular contemporaries, were determined to reach Afghanistan and share the revolutionary love of Christ. To access an inaccessible area, they established the aforementioned net of mission hospitals along the border to provide much-needed medical care while also sharing the motivations behind what they do. They were intent on healing the sick and proclaiming the kingdom of God. 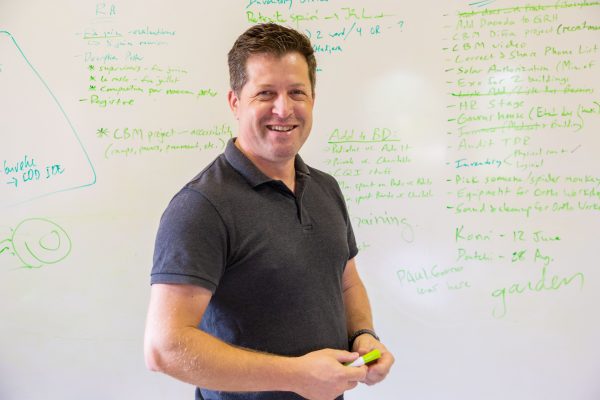 George Găvruș, the new Executive Director of CURE Niger (and previously the executive director of CURE Afghanistan), is a part of this legacy left behind by these brave Christians who literally poured their blood and sweat while reaching the Afghan people. George lived in Afghanistan for a cumulative nine years, moving there years after the country had opened up to foreigners, but before 9/11 and all the changes that it brought to the nation. His introduction to Afghan life occurred while the country lived under Taliban control. He remembers driving through Kabul and seeing the bombed ruins of the site where CURE Afghanistan would one day stand. The ruins were of a long-abandoned Christian eye hospital that last functioned in the 1970s. He never imagined he would manage another Christian hospital, rebuilt from the ruins, on this same site.

For years, George worked for various non-profits throughout Afghanistan. He learned the language. He learned the culture, and he inserted himself into the community there. It was through these community connections that George met Kelly DaSilva, CURE Afghanistan’s director of social work. Kelly was the first to suggest that George apply for the CURE Afghanistan executive director position. It took some time, but George eventually fell in love with the organization and their mission: to heal the sick and proclaim the Kingdom.

Unfortunately, George’s time at CURE Afghanistan was tumultuous. On the first day of George’s new role, the hospital was attacked, which took three lives, including that of Dr. Jerry Umanos’, CURE Afghanistan’s medical director. The attack shook the CURE network worldwide.

Soon after the attack, George and his family took a previously scheduled trip back to their home country of Romania. During this time, security in Kabul continued to deteriorate. George, along with the CURE senior management team, made the difficult decision for George’s family to remain in Romania while George commuted to Afghanistan, repeating a rotation of three weeks at the hospital followed by two weeks working remotely from Romania. Throughout 2015, George flew back and forth 80 times. “It was brutal,” he recalls, shaking his head slightly at the recollection of the hectic lifestyle now long behind him.

George’s work at CURE Afghanistan was remarkable; unfortunately, it was brief (20 months) as CURE made the difficult decision to extract all expatriates after a direct threat against foreign staff was made. Afghanistan held the hearts of George and his family, but poor security conditions made it necessary to move on. George soon found work as the executive director of a Romanian mission agency, where he served for the next two years. While there, however, he felt a sense of frustration as his heart longed to be in the field rather than an office.

In a set of circumstances that sound suspectly God-ordained, George and his family soon found themselves exploring serving again with CURE. “Somebody invited us to visit a children’s hospital in our city for Christmas time,” George recounts. “We took some gifts, sang some carols, and spent some time with the kids and their parents. As we came out, I felt this was the best time spent during the whole Christmas season. I had been involved in church, lots of activities, lots of busy things, but those few hours were the most precious.” That hospital experience, coupled with the constant longing to be involved internationally, led George to do some tentative searching into open positions at CURE.

“Around the same time, we received [CURE’s documentary] Modern Day Miracles. The advice was to watch it during Christmas time with your family.” George remembers. “I started to play it with my wife, and I stopped. ‘Let’s get the kids and do this properly,’ I said.” So that is what they did. The Găvruș’ sat down and watched Modern Day Miracles, which follows the stories of three CURE hospital patients as they find healing in the Dominican Republic, the Philippines, and Niger. At the end of the film, “We were very impressed, very moved. We were talking with kids, asking, what if we moved to Niger?”

After that, things moved fast for the Găvruș family. An email to CURE’s human resources director quickly turned into an interview process, a visit to CURE Niger, and an invitation to serve as the next Executive Director of CURE Hôpital des Enfants au Niger. Ten months after seeing Modern Day Miracles, George and his family had packed their bags and were on a plane to Niamey. 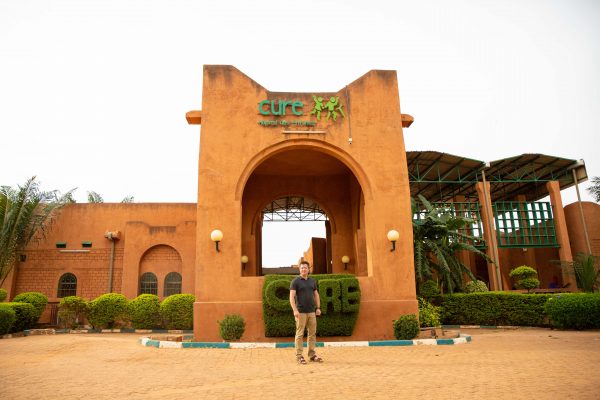 CURE Niger welcomes George Găvruș and family. Back in the field!

George and his family have now been in Niger for several weeks, and are slowly getting settled into their new home, school, job, and life here. “We are excited about the opportunity of learning about a new place,” George says. As with any new position in any new country, there is plenty to learn. Thankfully, CURE Niger’s previous executive director, Josh Korn, will be remaining with CURE and will work with George in Niger for a little bit as the transition between the two happens.

George concludes, “We want to be a good testimony in this place and develop the work of CURE. We want to contribute to God’s work in this Niger and play our small part in it all.”