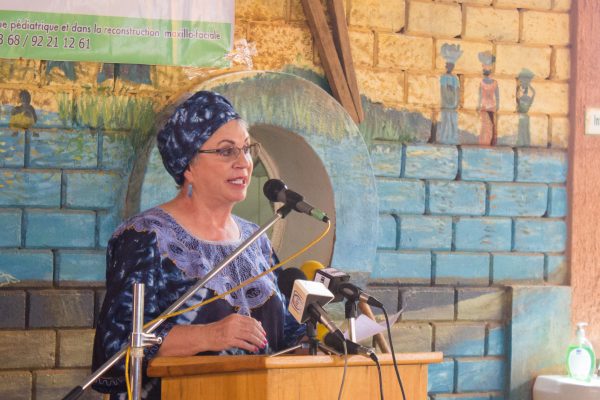 CURE board member and CURE Niger benefactor, Marcia Lanoha, shares some reflections during the ceremony.

“CURE Niger is among the best NGOs that work in the Nigerien health sector!” stated Minister of Community Development Abdou Amani within his speech. He went on to give three awards to CURE Niger staff members, and the first went to Joshua Korn, CURE Niger’s outgoing Executive Director, for being an understanding director who is easy to work with. The second award went to Dr. Diane Nahimana for, as he put it, “being the best anesthetist in Niger.” The final award went to Hassan Hamani, who is in charge of logistics and public relations for CURE Niger. Hassan received an award for being an exemplary intermediary between the Nigerien government and CURE Niger. 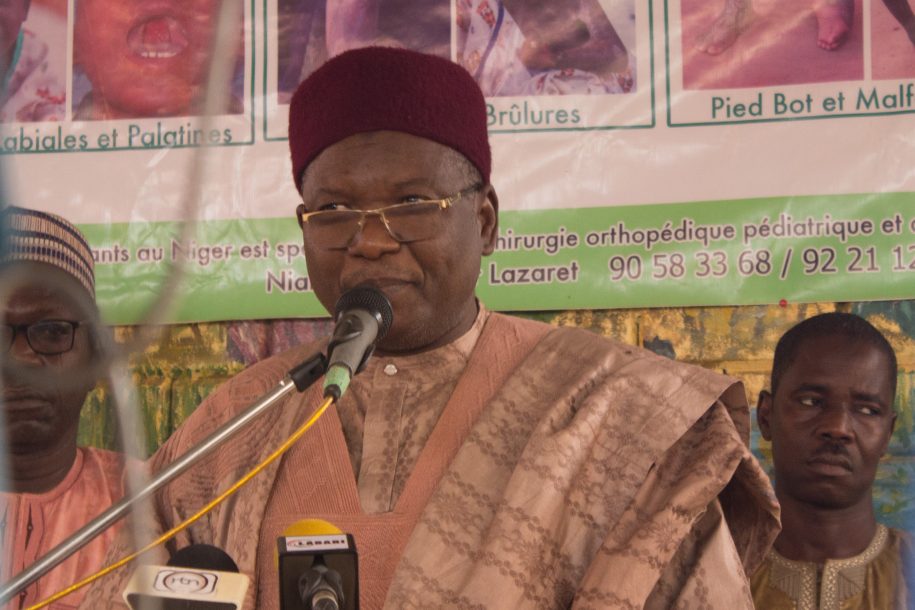 Niger’s Minister of Community Development Abdou Amani shares about both his personal and the government’s relationship with CURE.

We also had heard from one of CURE’s Board members, Marcia Lanoha. She reminded us that CURE is here to heal the sick and proclaim the kingdom of God, and iterated that, “We are here not only to celebrate what we have accomplished in the past but are also to celebrate the future.”

As we celebrated together, we felt happy that CURE Niger had reached a milestone, but we also felt sad as we are losing a co-worker. During the celebration gathering, we took the opportunity to publicly hand over the Executive Director position from Joshua Korn to George Găvrus. Josh has served CURE Niger for seven years, and he has left an indelible mark during his stay. In his speech, Josh said, “When I leave, yes, I would like for people to say, ‘Josh was a good leader, and he did everything he could to make CURE Niger a better place,’ but above all I would like people to say, ‘Josh was a simple servant. He did what the Lord asked of him faithfully.’ ” 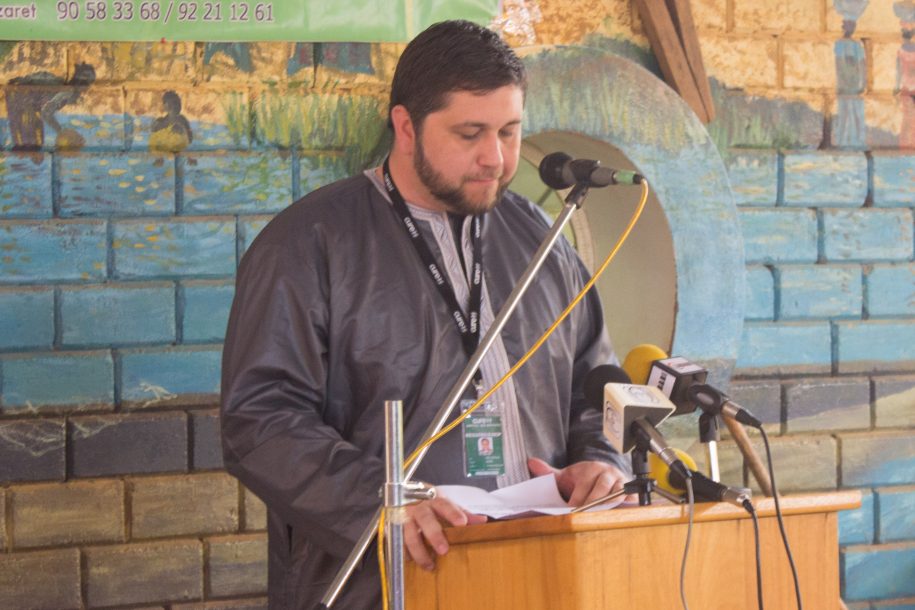 After Josh said goodbye, we heard from our new Executive Director, George Găvrus. He told us that moving to Niger has been a humbling experience, and he expressed his desire that his time here will be a blessing to everyone. 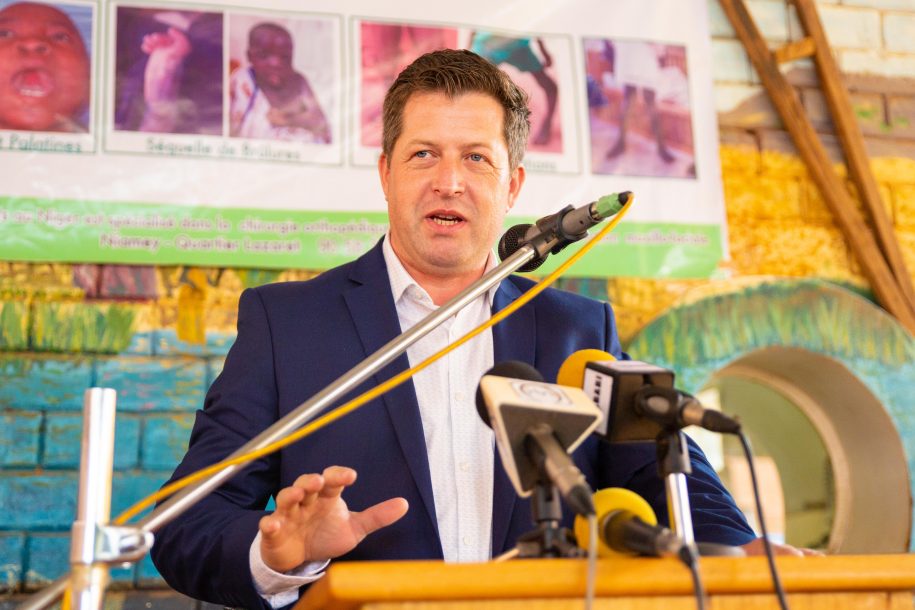 Incoming Executive Director George Găvrus shares initial thoughts and impressions as well as his hopes for the future of CURE Niger.

The ceremony concluded with the testimony of Kabirou, CURE Niger’s very first patient, who was treated for a neglected clubfoot. “CURE Niger saved my life!” he told the crowd emphatically. “I was too ashamed to come out of my house, too ashamed to go to school. I started school late because I did not want people to see me the way I was. When CURE Niger first opened in 2010, I was the very first patient to be operated on. The surgery lasted 7 hours, but it was all worth it because that was my first step towards healing. I am now in my first year of college studying for a degree in sociology. I can play soccer, and I can be out with my friends without feeling like I don’t belong,” said Kabirou, with tears in his eyes. 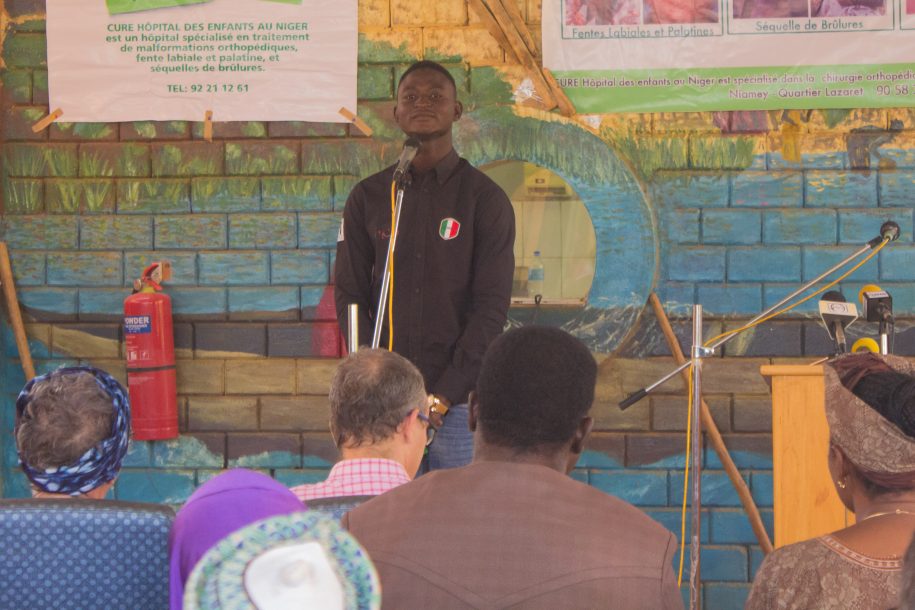 After the speeches, we fellowshipped together with food and drinks, and we thought about how CURE has come and about how much more we will be able to accomplish in the years to come. CURE Niger has completed roughly 5,000 surgeries throughout the eight years we have been in operation. These numbers are more than just mere statistics: they are a representation of lives changed not only here in Niger, but all over the West African region.

Some more photos from this special day: 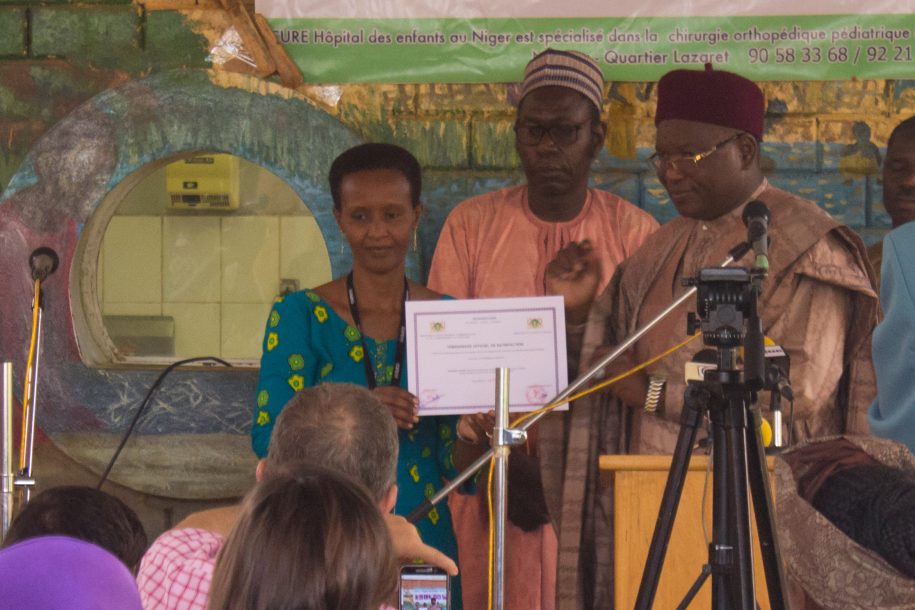 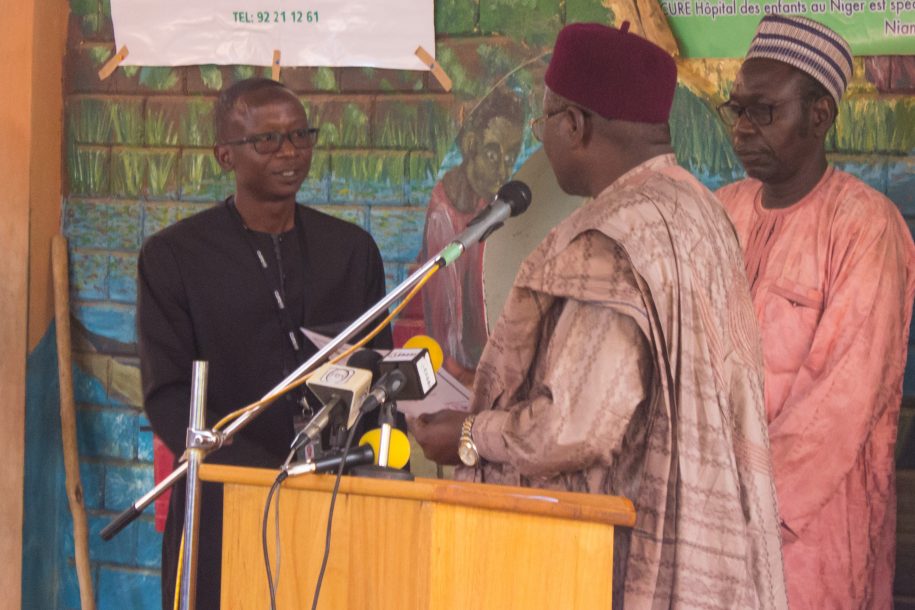 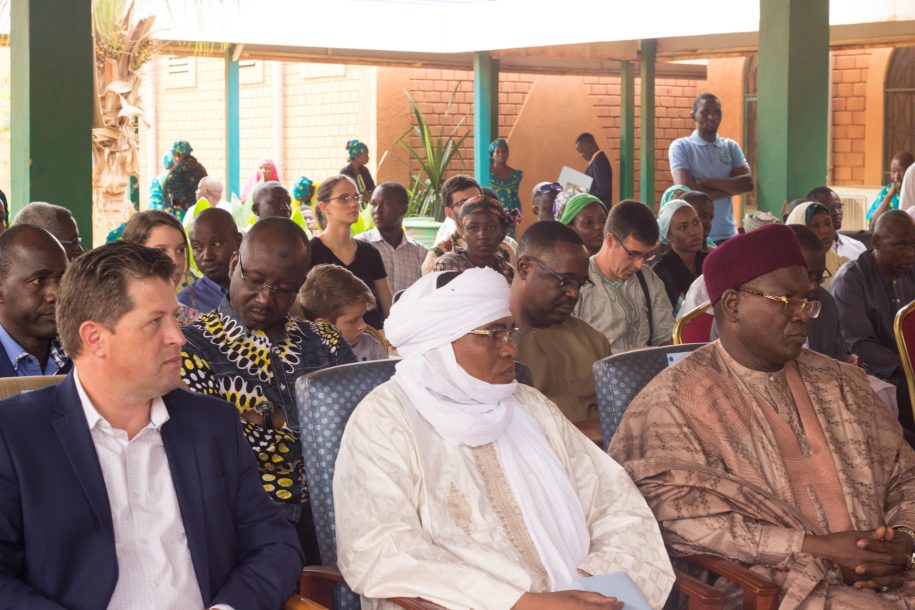 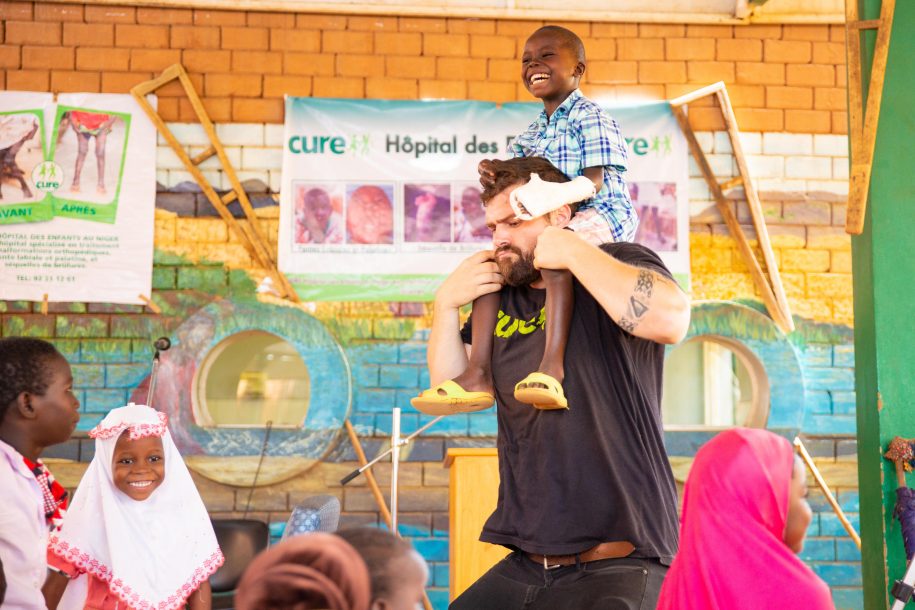 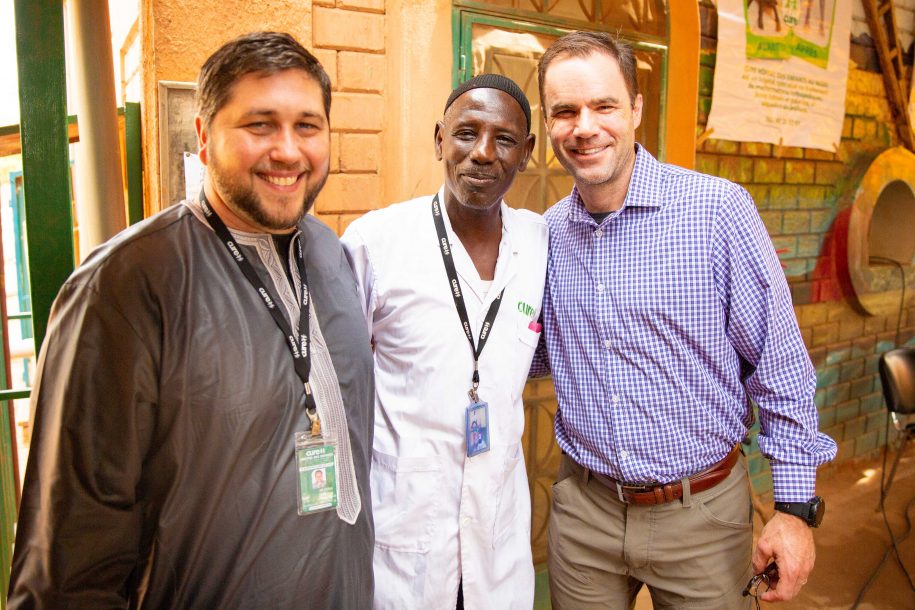 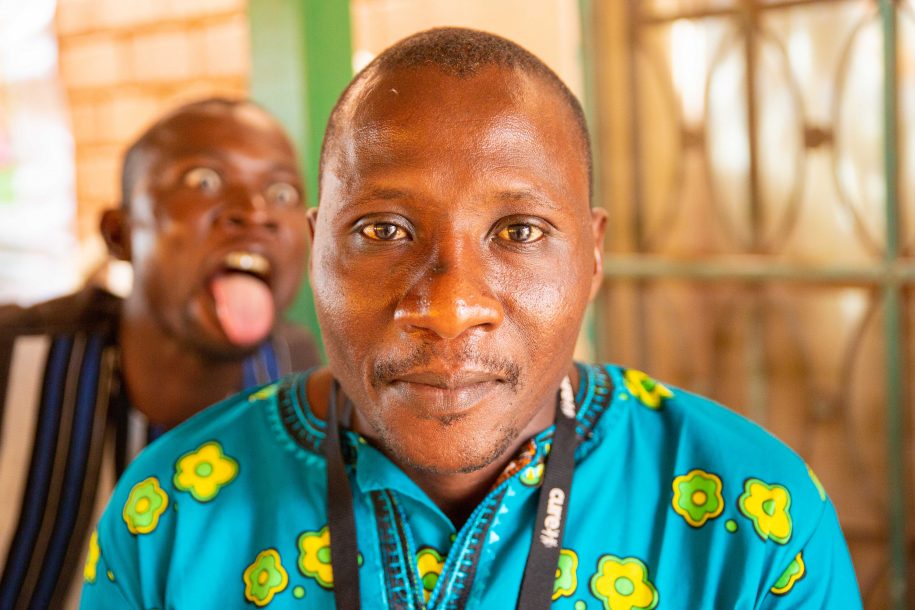 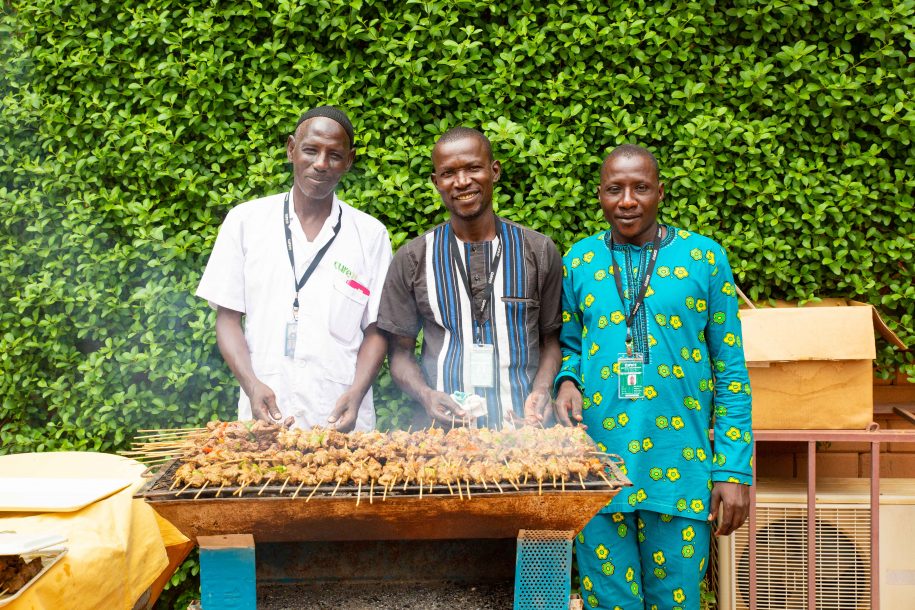 Djiallo, Youssoufou, and Agali cook brochettes (kebabs) for the meal after the ceremony.