News & Stories What’s in a Name?

What’s in a Name? There’s a village here in Niger named Kallon Mota, which means “where people go to look at cars.” Back in the 70s and 80s, most everyone relied on either animal or human transport to get around. Many had heard of cars, but few had ever seen one. Kallon Mota was nothing but a sandy flat spot on the side of the newly built road. It soon became the meeting spot for curious villagers to gather and watch these seemingly mythical machines fly by. A village ended up growing out of this meeting spot, but the name stayed in place.

In this part of the world, names are often derived from circumstance. And not just the names of places, but the names of people as well. It’s common to see names like Habib (“beloved” in Arabic) or Nafissa (“invaluable”), and even Hadjara (“bitterness”) if the child is born during a tense time of the family. Then there are children like Youssoufa (ee-sue-fa) whose community rejected his given name and dubbed him Masaqui, which means “the boy who can’t use his hand.” Names carry meaning and influence in Niger.

Youssoufa was born like most children, with two wonderful and functional hands. It wasn’t until he turned three years old that things changed. While toddling around his homestead, he tripped and fell hand-first into a boiling pot of beans. The water splashed everywhere, burning Youssoufa badly, and his hand received the brunt of the trauma. With no medical facilities in their village, Youssoufa’s family treated his burns with a traditional salve made from local trees. In time, most of his wounds healed, but his hand fared poorly and began to contract into a clawlike position. His family tried to manually straighten his fingers with a homemade splint, which caused Youssoufa a lot of pain, but they were ultimately unsuccessful. 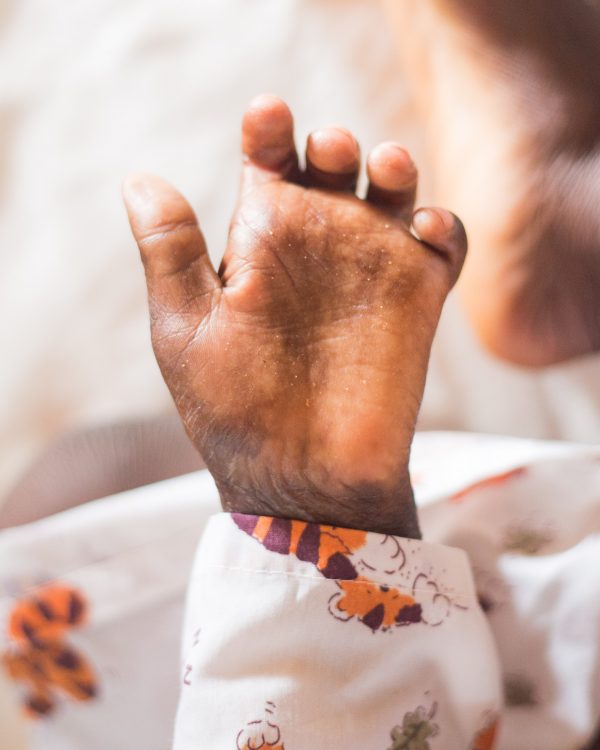 Word of Youssoufa’s deformity spread quickly, and it wasn’t long before the whispers of “Masaqui” began. He was deemed worthless and a burden to others. The whispers slowly grew in their volume and frequency until many in his village knew him by no other name.

While Youssoufa’s deformity hinders his ability to help around the house and work in the fields with his father, it’s the emotional pain that cuts deepest. At times, the chants of “Masaqui” follow him like a sinister shadow of shame, reducing him to tears.

By the grace of God, earlier this year, several guests visited Youssafa’s village, sharing the news about us here at CURE Niger. An outreach clinic had taken place in their village, and though Youssoufa’s family hadn’t been able to go, the flyers about the event provided enough information for the family to determine that help was available. It didn’t take them much time at all to decide to make the long journey to our hospital here at CURE Niger. Upon arrival, doctors promptly admitted Youssoufa for surgery. 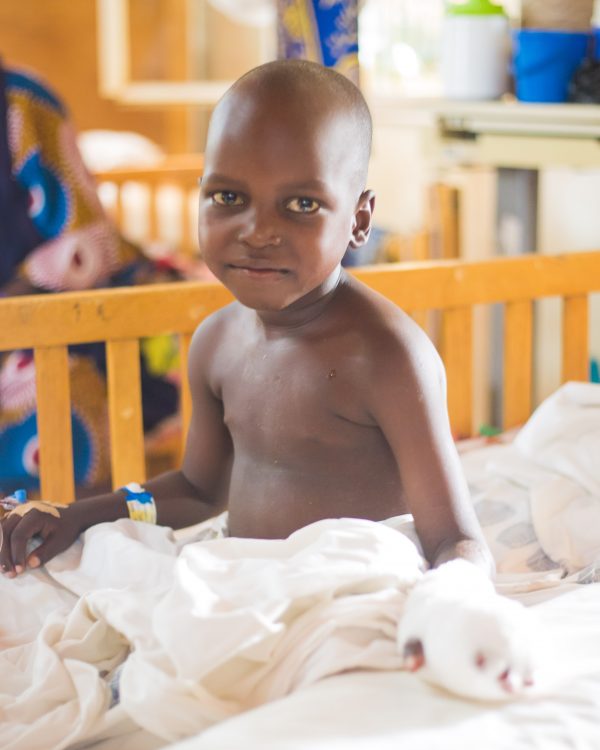 At the time of this writing, Youssoufa is living in the CURE Niger patient guesthouse. Almost daily, nurses change his bandage and clean his wound. He stays occupied with crafts, games, and Bible stories presented by our spiritual staff, but everyone wonders: Who is Youssoufa now? For as long as he can remember, he has been Masaqui. Who is Youssoufa without his deformed hand? 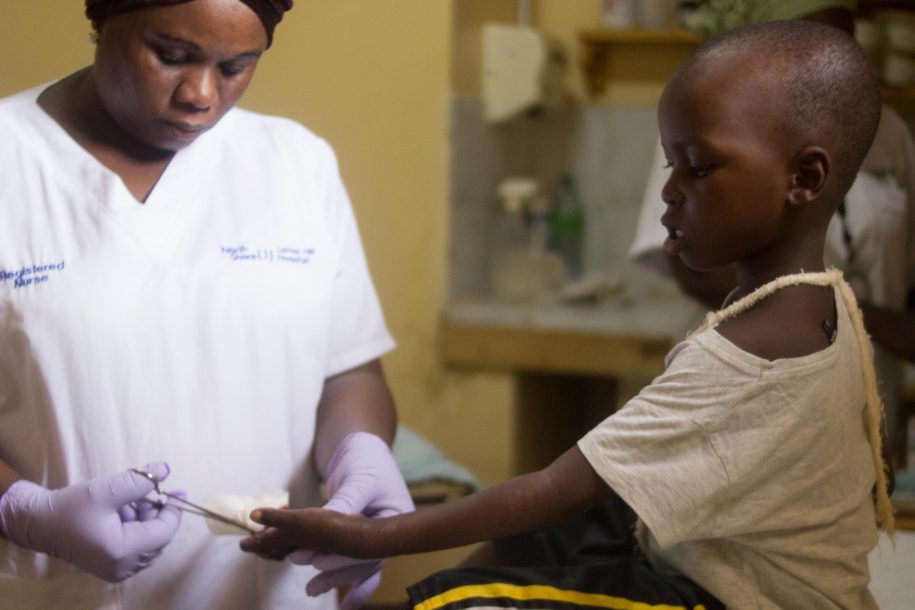 When Youssoufa leaves our hospital, he will go with both a new name and a new identity. In a way, God does with us when we come to know him. We were once sinners, defined by our separation from God. But when we encounter God and begin to follow Him, our identity changes. We are no longer who we once were. This occurs over and over again in the Bible. Abram and Sarai became Abraham and Sarah after having a particularly intense encounter with God. Jesus renamed His apostle Simon as Peter. And Saul took on the name of Paul after his blinding encounter with God on the road to Damascus.

It is not uncommon to hear of Nigeriens who, after converting to Christianity, change their names to Christian ones to reflect their new priorities in life. Once again, names have meaning and influence in Niger.

Christ offers each and every one of us the ability to start fresh. Our pasts are forgiven, and we can look expectantly into the future. We are no longer ourselves but children of God.

When Youssoufa returns home, he will be known as Youssoufa, which is the Nigerien iteration of the Hebrew name Yosef (Joseph). Yosef means “God will add or increase.” Youssoufa carries only good connotations and implies that God increases the blessings in a person’s life. 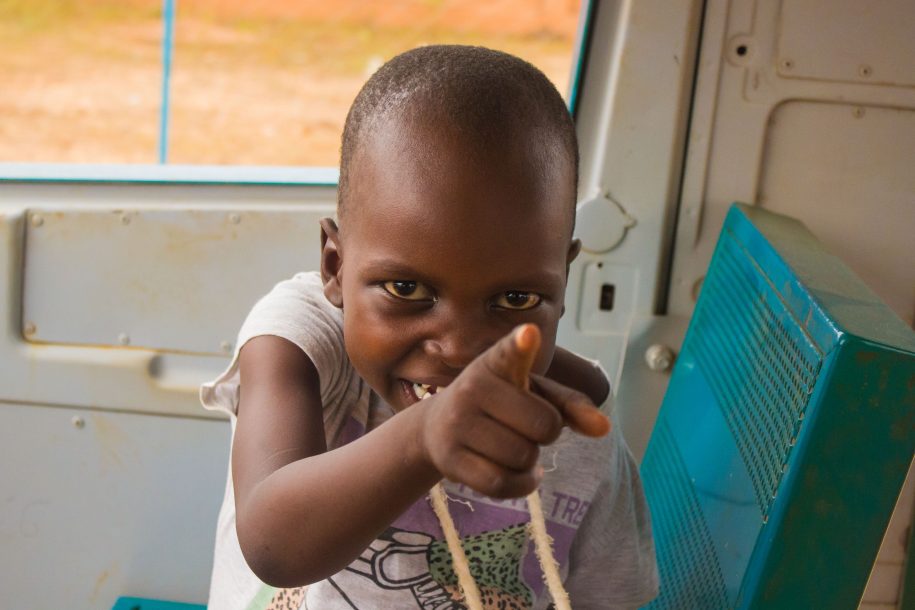 “I see you!” Play keeps Youssoufa occupied during his stay at the patient guest house.

Our prayer for Youssoufa as he prepares to leave is that, as his name says, God will continually bless Youssoufa, draw him close to Himself, and that Youssoufa will come to know and love Christ. We also pray that as receives his blessings from God, he becomes a blessing to his community. We pray that the one who was shunned will become a shining light of hope, mercy, and love in his village.