Paul walked through our doors in June of 2017 with a condition known as genu valgum, commonly called as “knock-knee.” Genu valgum is a condition that causes the knees to angle in and touch each other even when the legs are straight. Paul developed this condition suddenly; his right leg knee started bending abnormally, and the deformity became worse as the year progressed.

Paul’s condition not only impacted his ability to walk, but it also came with excessive pain which began to stall Paul’s academic progress. The discomfort forced him to miss class occasionally, and if the pain started while in school, he was forced to leave. Paul’s sporadic attendance caused his classmates to mock and laugh at him. “They used to call me different types of provocative names, and it used to pain me,” says Paul. His concentration in class suffered due to the pain in his leg and the negativity from his peers. His dream of someday becoming a teacher grew dim. Paul’s condition affected him academically, psychologically, and emotionally. 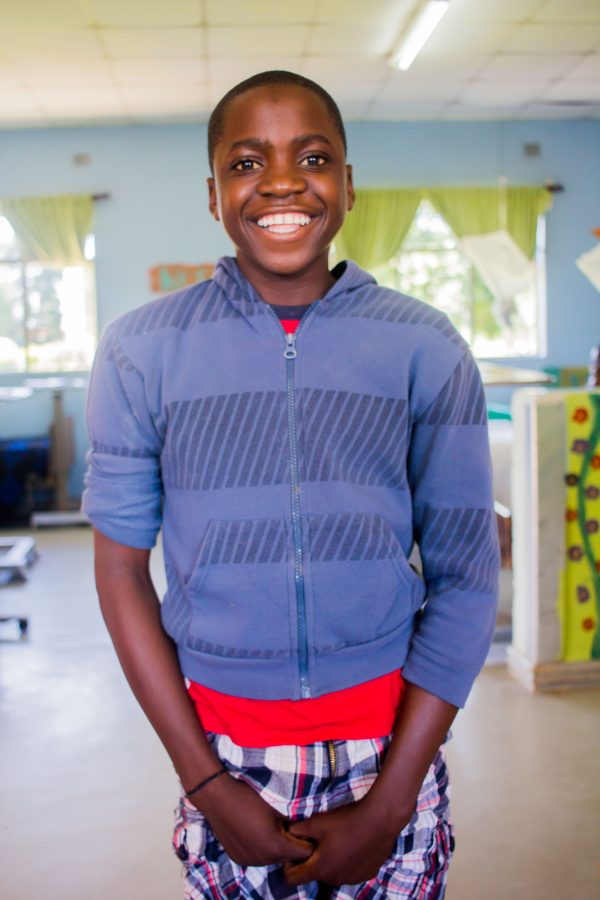 Paul, 12, enjoys learning and playing football with his friends.

Paul’s condition also affected him socially. Paul is the youngest of four—the baby of his family. His father died when he was eight, and his mother is a farmer. Paul’s condition was foreign to his mother, and it left her perplexed. She imposed numerous restrictions on her son, limiting his play with friends for fear he might injure himself. Paul felt like an outsider as he longingly watched his friends play football.

In her quest to find a solution to his persisting problem, Paul’s mother took him to a local hospital. Despite several visits, Paul’s condition did not improve and was, in fact, devolving into a worrying disability. Thankfully, Cheshire Homes Society, a charitable organization that helps kids with disabilities, took Paul into their care. The staff at Cheshire brought him to CURE Zambia for treatment.

Paul walked through our doors mid-2017. Initially, his condition was unclear, and there were fears that he might have a tumor. However, Dr. Moyo was determined to correct his leg, and so he conducted an exploratory operation and discovered that the bend could be fixed. Today Paul walks majestically and can even run and play football with his peers. 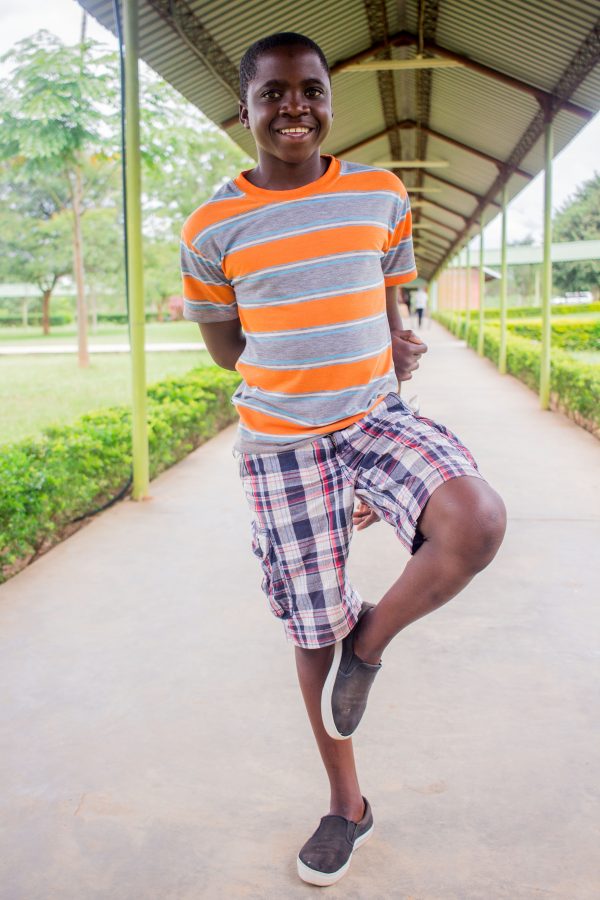 Paul shows off his balancing act, made possible by his newly straightened leg!

As a result of his healing, this 12-year old boy has been reintegrated back into his former school and is currently in grade seven. His dream of becoming a teacher is stronger than ever, and we believe that one day he will stand, confident and tall, in front of a classroom.

Healing has brought Paul newfound joy: “My life is now nice. I am able to walk properly, I stay in class all the time, I am able to play football, all those who use to laugh at me are now ashamed. I am thankful to God for healing me, and He provides me with food.”

Paul’s story is truly a testimony of good news, and because of his healing journey, he has the desire to encourage others. “I would like I encourage someone out there with a condition like the one I had not to complain. Help is here at CURE Zambia.”

You can help bring healing to kids like Paul every month by becoming a CURE Hero! Learn more at cure.org/hero.