CURE Uganda is blessed to have several married couples among our population of co-workers.

“Working with my husband here at CURE Uganda has made me act more respectfully because I do not want to shame or disgrace him, and I feel more secure,” Gertrude says.

Gertrude and John met while they were working at Botanical Hotel in Entebbe. In 1999, John heard about CURE and applied for a security guard role and he got it. Gertrude followed him in 2000 and received a job as a cook. On December 17, 2004, John and Gertrude married. They have been blessed with four children.

“Because I work close to my husband, it has built our trust in each other. I can know his whereabouts and he can know mine,” says Gertrude. “Apart from my duty of cooking, I also counsel the mothers. Some come in crying because of the state that their children are in, so I sit them down, comfort and encourage them, and pray with them. Some don’t want to eat, so I encourage them to eat.” 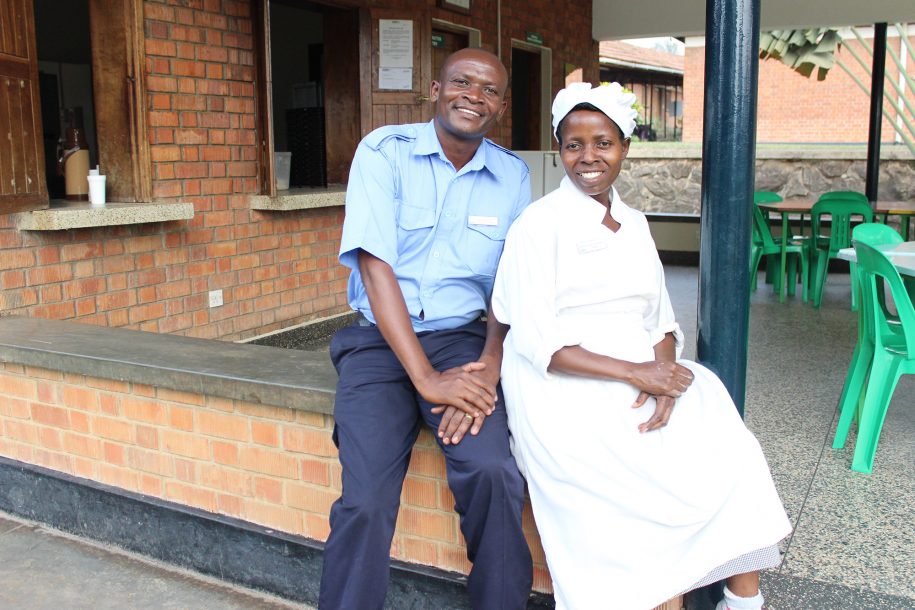 “As the security personnel, we have the opportunity of being the first people that the mothers meet when they bring their children to CURE, and I have used that opportunity to share the gospel with them and also to encourage them because they feel alone when they come in, but they usually leave with smiling faces. Working at CURE has been a blessing to my family because my wife and I have medical coverage. All my children have been born while me and Gertrude are working at CURE and they were all born through C-section and all the costs of those C-Sections were paid for by CURE hospital.”

“It is very good working near Justine because I get to see her anytime I want,” says Martin.

This year, Martin and Justine celebrate 20 years of marriage. For 16 of those years, they have been working together at CURE Uganda.

“I have been in the security business from the time I was in my youth and am now 50 years in the same business. I love it so much. I heard about CURE hospital just after I had retired from the police. When I came and applied, I didn’t get the job immediately, until after two months. After I had worked for a year, I told my wife Justine to apply, too, and she got the job as a cook,” says Martin. 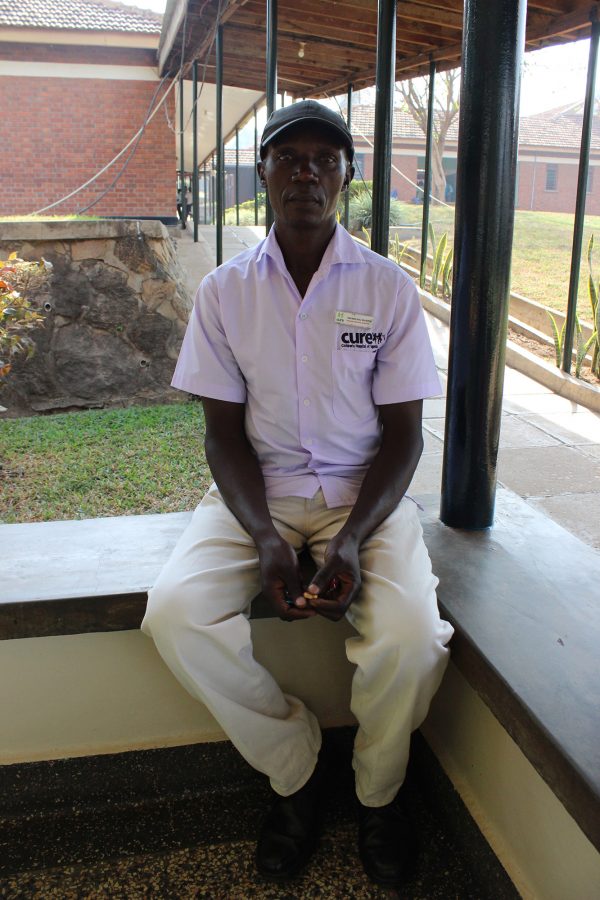 “As for me, I have grown spiritually in this job. I was already a born-again Christian when I got the job and I have grown to know God more. I get the opportunity to speak with mothers who have been sent to me when their children have nutritional problems. I talk to them and share the gospel with them, too,” says Justine. 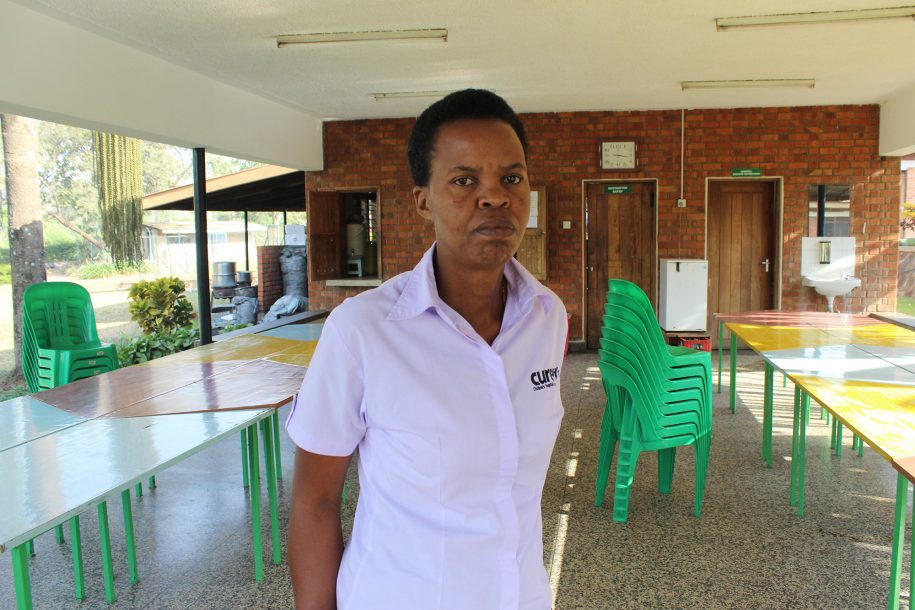 Because of their work at CURE Uganda, Martin and Justine have been able to develop their family. They had two children when he joined, but now they have three and they are able to educate them. Their first daughter is in college studying Laboratory Technology. The second has finished high school and the third has completed primary seven.

Beatrice works in the autoclave room at CURE Uganda. She is married to Johnson.

“I think I have a ton of reasons why I love working with my husband at CURE. First of all, I don’t buy any snacks. I make sure he takes care of that plus my transport is also covered,” says Beatrice while laughing. She also tells us that her marriage is stronger because they are more secure. Since their children are in school, the family gets together in the evening.

“Working at CURE with my wife has made me more secure. I check on my wife all the time, so I don’t have to worry about how she is doing because she is close,” says Johnson. He met his wife Beatrice while they were in school; they later married and have been blessed with three children. Johnson and Beatrice are celebrating their tenth anniversary this year. Since 2007, Johnson has been working with CURE, but his wife joined him in 2011. He has been able to upgrade his education to degree level while at CURE and has made friends that he describes as “lasting.” 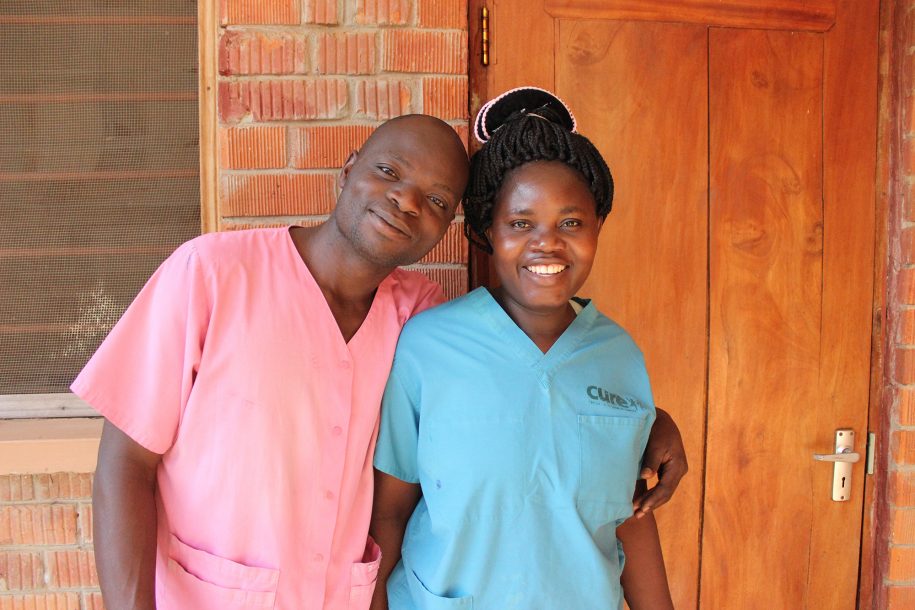