“I’d like to thank God for being there for me. When I first started at CURE, I had a certificate as a Rehabilitation Assistant. When you’ve just graduated, you don’t know that much, but staying at CURE has helped me to learn a lot of things. When you look at CURE, we work more as a team than other hospitals. We talk to the doctors and to the Spiritual Team; everyone takes a part. I’ve worked with different people with different professions, and all of them have had an impact on my life because I was able to learn from them. Coming here has challenged me. It has helped me to say, ‘I can’t stay on this level; I need to learn more.’ That’s what’s kept me going back to school. It has helped me to grow academically. It inspired me to look ahead.” 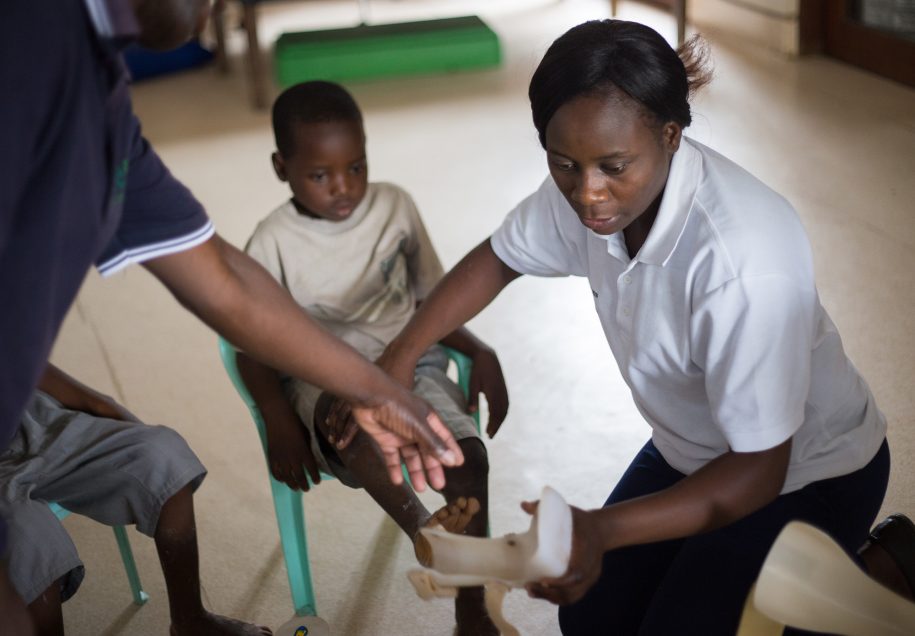 Janet tries to find AFOs that will fit Rahim, a post-clubfoot patient.

Janet is one of our Physiotherapists at CURE Malawi and has been with our hospital since it opened in 2003. That’s almost 15 years! Her story and CURE’s story are quite intertwined. So, we asked her to tell us how she has achieved her goals while working at the hospital—moving from rehab assistant to a fully qualified physiotherapist!

“CURE has been so supportive all the way. When I was a Rehabilitation Assistant, I had to go back for training to be a Rehabilitation Technician. So, they paid for my fees, and I went for one year and graduated. Then I came back in 2007. After working for a while as a Rehab Tech, I decided that it was too broad. A Rehab Tech does physiotherapy, but then also a bit of occupational therapy and speech therapy. So, I wanted to focus in one direction: physiotherapy.” 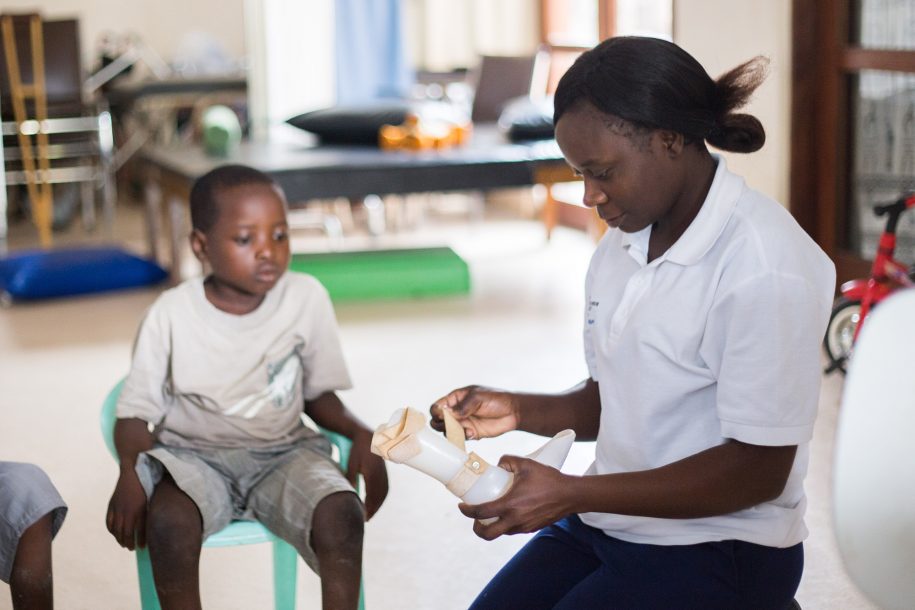 Unfortunately, the facility that usually makes AFOs is out of supplies, so for now Rahim will wear and old pair until they get back in stock.

“I interviewed for a position at College of Medicine and, fortunately, I was picked and government-sponsored for the physiotherapy course! Despite being sponsored, we were supposed to pay fees. When we started, I spoke with Stuart Palmer, CURE [Malawi’s] Executive Director at the time. He said, ‘Janet, we can’t send you now. We don’t have the funds, and if we replace you, we’ll need to pay that person. Let us find the funds first, then you go, or you can go another year.” But I said, ‘Ah, the fees now are cheap.’ Then the challenge was I had to support  my family. If I go to school, it’s my family that’s eventually going to suffer.” 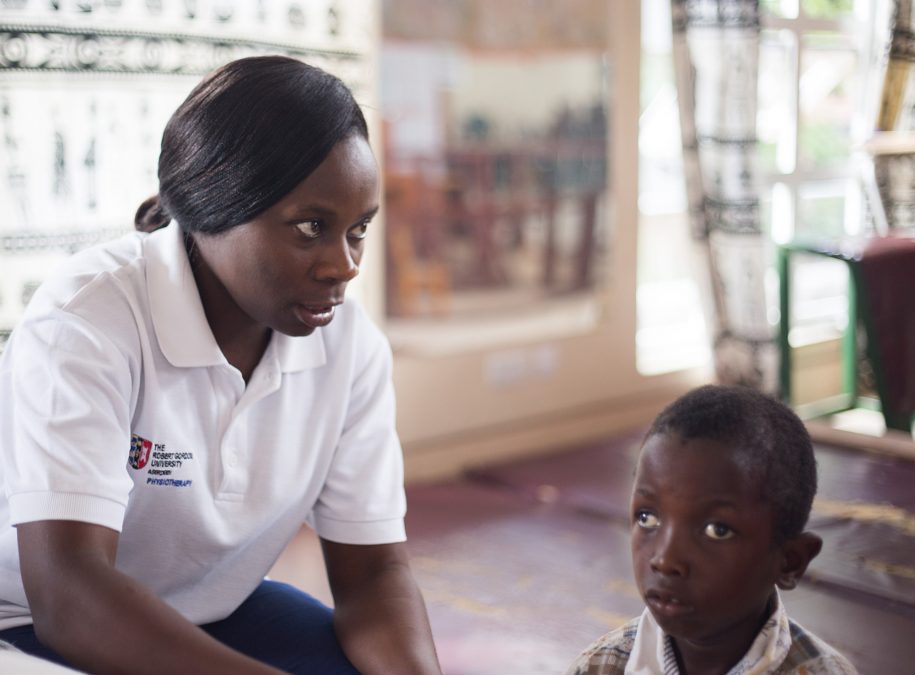 Janet speaks to a parent while examining her child.

“I started the course and after two months, Stuart said, ‘Okay, we can support you.’ So, CURE gave me my basic salary. The fees were doubled after that first year, but if I wasn’t government-sponsored, then it would have been much more expensive. I was there for five years from 2011 – 2016. So, our agreement was that during school holidays, I had to come to CURE and work during the weekends. CURE has been very supportive. If they didn’t pay me my basic salary, it means my kids, my family, and people who depend on me would have suffered. They would have gone through a tough time, but because CURE supported me that was easy to manage.” 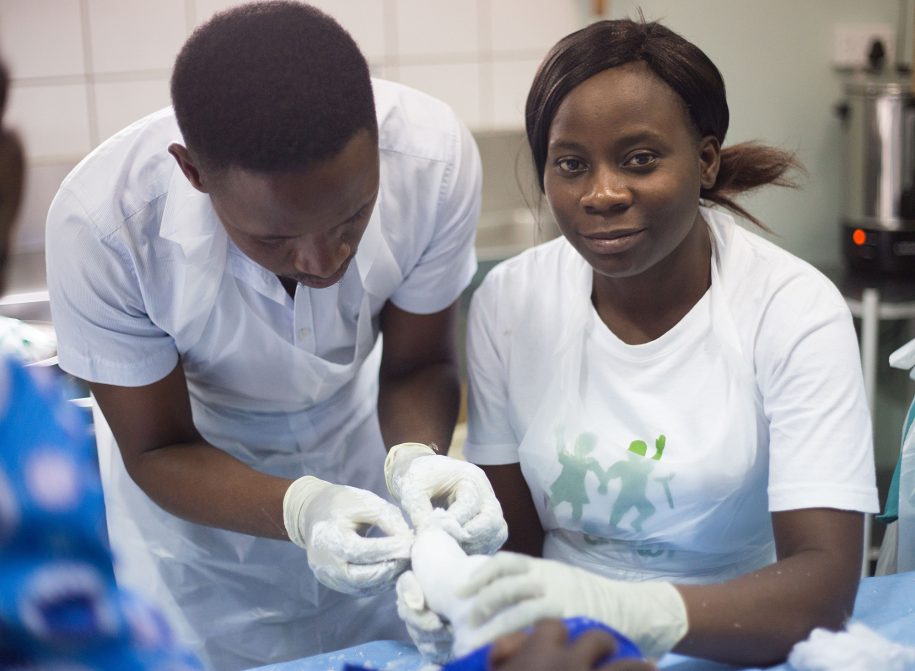 “When I have been in school, I feel that I’m missing something… Here at CURE, we start every day with prayers from 7:30 – 8:00. If  you take it as routine, you won’t grow. If you say, “God, I want to learn something new from you today,’ then every day as you do devotions, it keeps replenishing your soul. You hunger more and more for God.” 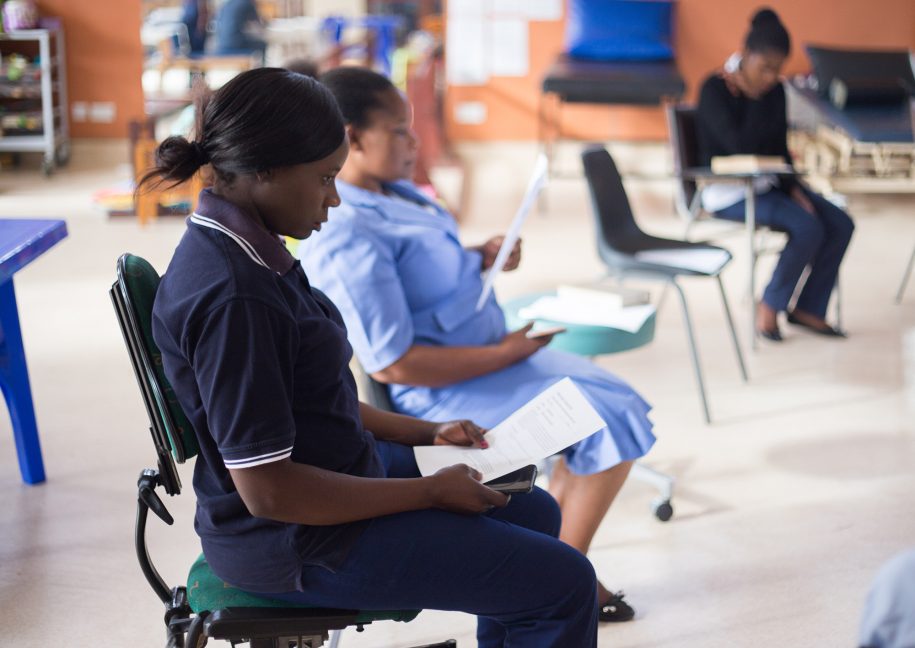 Janet listens during a morning Bible Study for her devotional group.

“Working with kids is very fun and kids improve a lot faster than adults. For example, take a child with clubfoot. You see a newborn baby that has just been born with clubfoot, but by the end of three or four months, it will have changed. You can see the feet coming out straight and that gives you satisfaction. This is nice. You can see it spiritually with parents moving from one level to another because sometimes when they first come in, they think their child has been bewitched. But when they see their child walking, both the parent the and medical practitioner, all of you are satisfied to say, ‘Ah this is good.’ 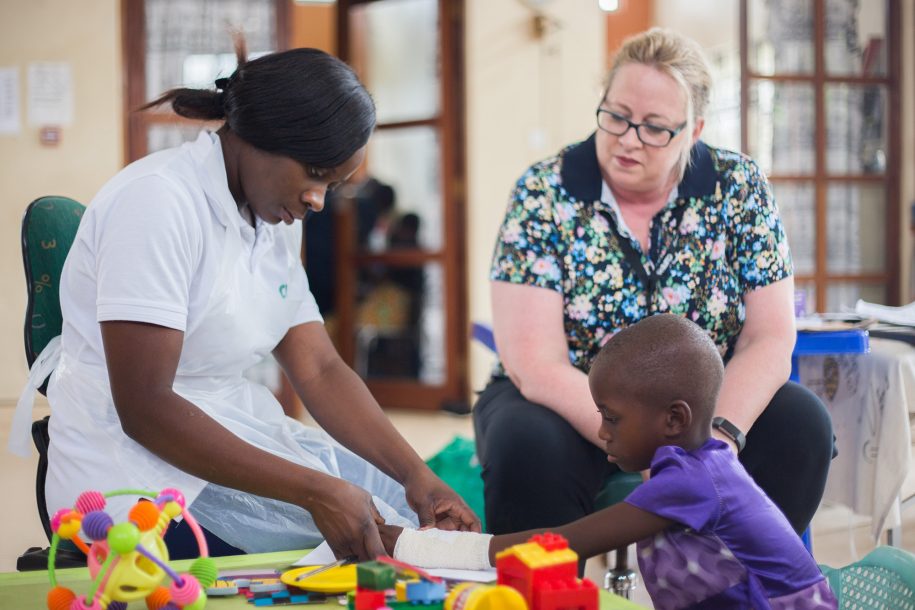 “Looking back, I’m happy because I’m not on the same level. I’m happy because God has seen me through this. I’ve moved up and so I’m so thankful to God and to CURE for supporting me. CURE could have said, “We’re not supporting you. We’re not interested. We’ll hire someone else.’ That could have happened, but God allowed for them to be supportive.”

We’re so thankful for Janet and admire all the hard work that she has put into both her job at CURE and her education. Our Physiotherapist team at CURE Malawi does such a wonderful job of helping our kids and we’re so grateful for all they do! 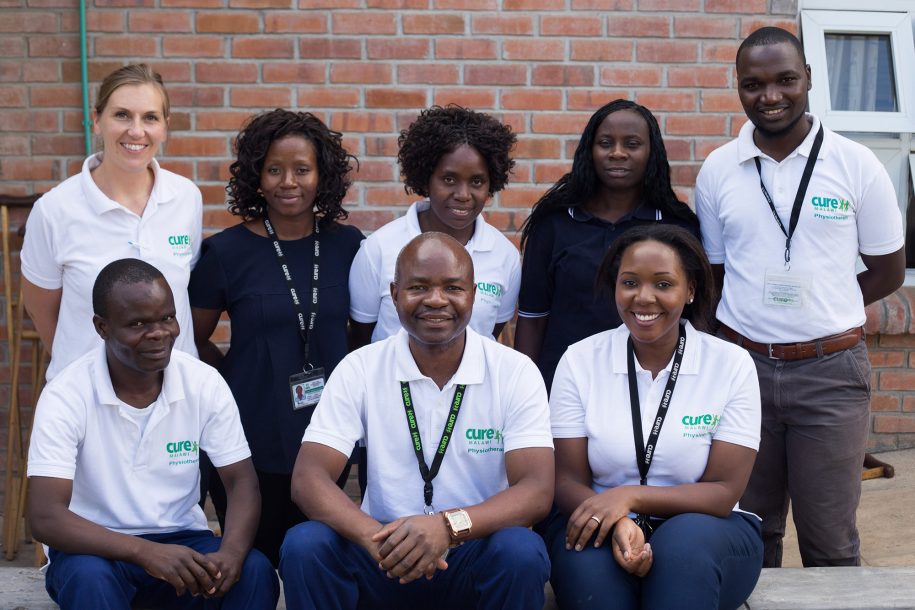