Many times when we travel for our satellite clinics, we keep our hopes up that while we are reviewing our former patients, they will be doing better than they were when they left the hospital. Recently, we had a trip to Northern Uganda where we met several of our old patients. 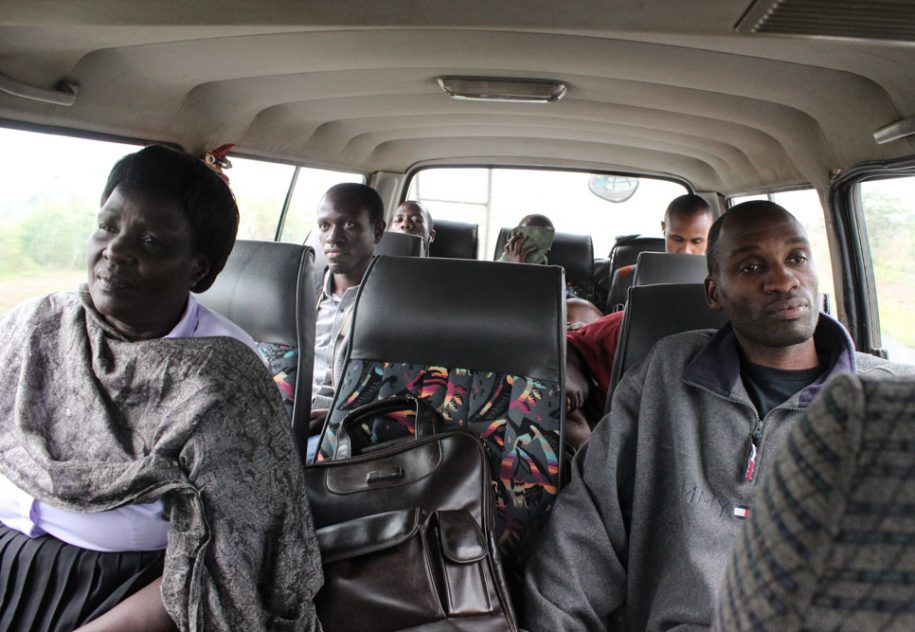 Meet Oscar: He had surgery, an ETV procedure, at CURE Uganda in 2004 when he was just a few months old. It was successful, and he is now in primary four. On this clinic day, he studied and played with his buddies. Just before lunch, his mom had to bring him to be reviewed by the doctors.

“Mummy called me out before my football game had even ended,” said Oscar, who was clearly missing his game. 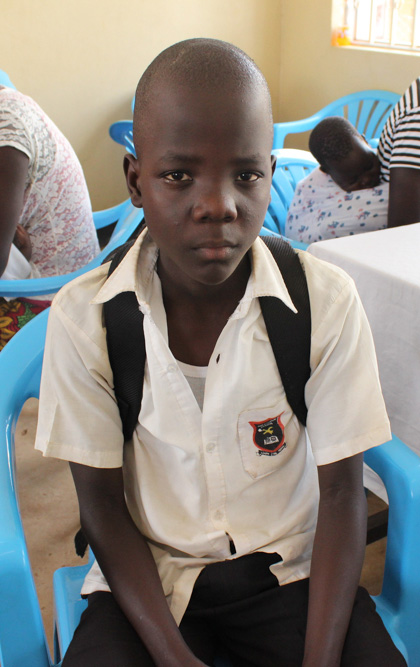 Edmond was healed from hydrocephalus. He had a shunt placement in 2015 when he was just six months old. Now, he is three years and eight months old. Edmond can walk, talk, and loves playing soccer. His mother Sandra plans to take him to school next year. 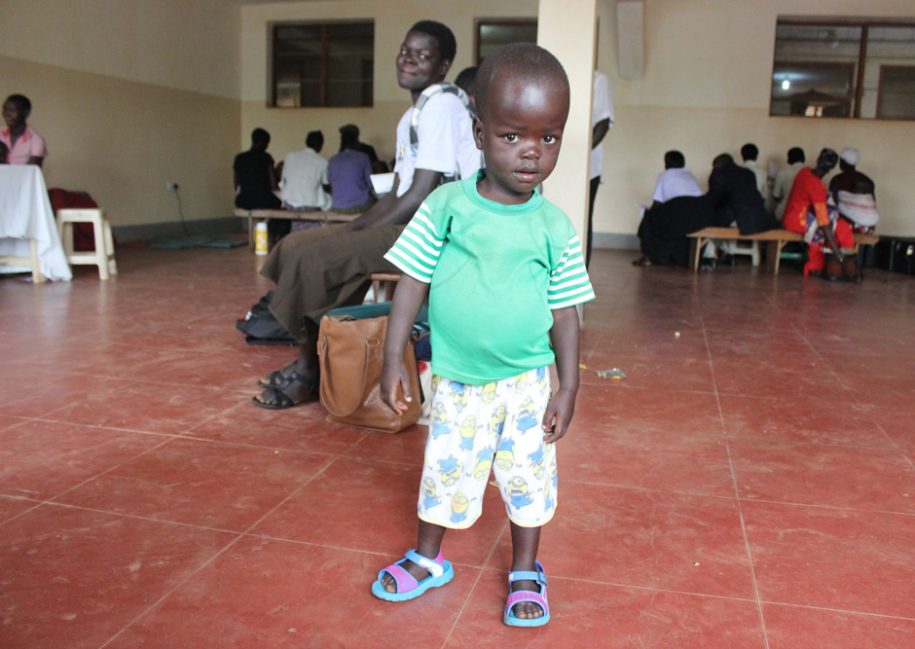 Julius preferred to play with my phone. He had an encephalocele, which was removed, and an ETV to treat his hydrocephalus. Both procedures were successful. He will be enrolled in school next year. 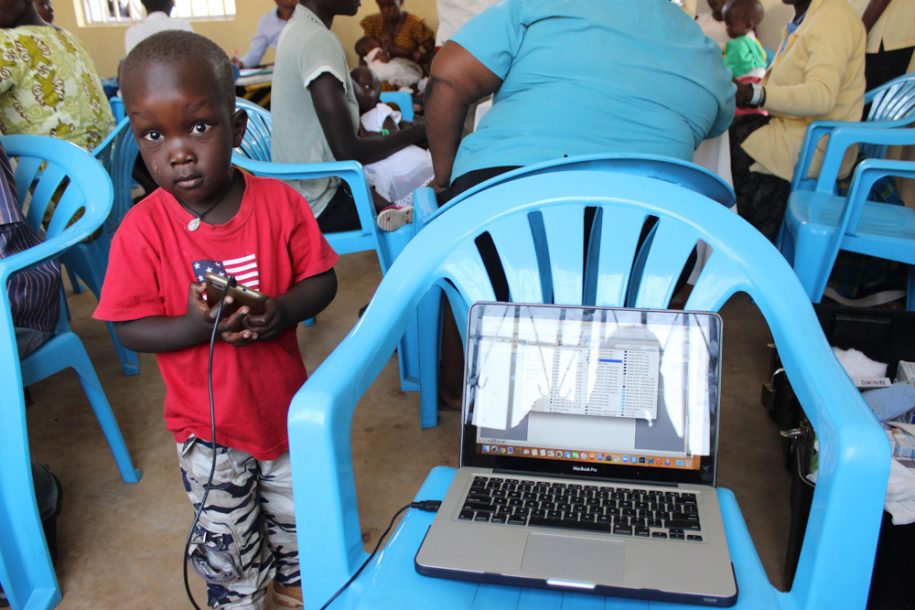 “Mom told me that we have to first see the doctor before I go to school. She will explain to my teacher why am late,” Nathan said. He is in primary five, but has a seizure disorder, which our doctors are treating. 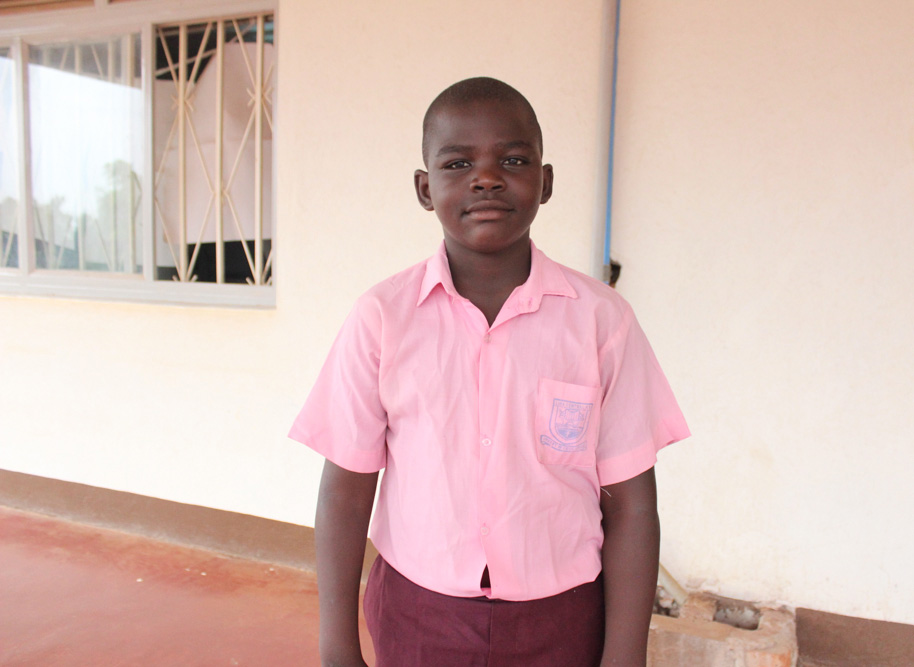 When the doctor asked his mother what new things Madut can do she said, “He can smile. These days he smiles.”

They traveled from South Sudan to Gulu Town in Uganda where we met and reviewed Madut. 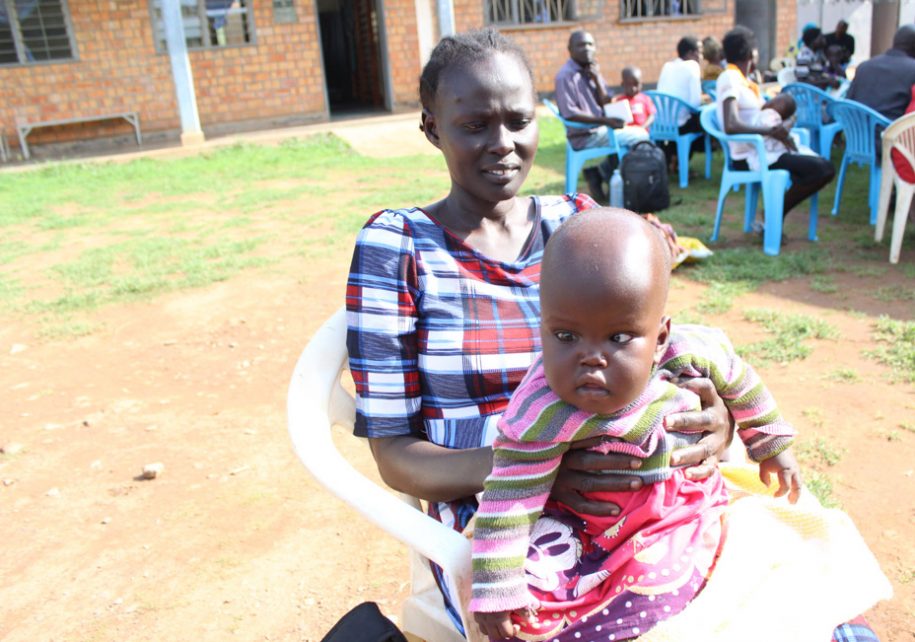 Dr. Michael spent his first hour reviewing the patients who had traveled all the way from South Sudan. They had to be seen first because they had to go back to their homes the same day.

Brivian had been okay, but developed a fever. So mama Amanio brought him to meet our doctors. It was malaria, but he has been healed of hydrocephalus. 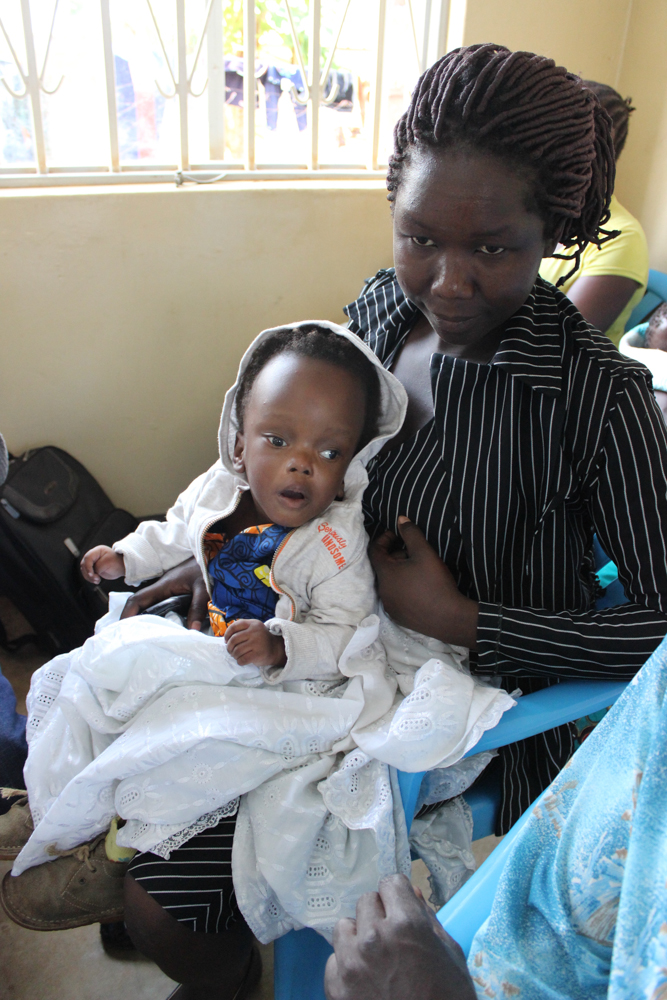 Oliver was smart enough to have her breakfast before she went in to meet the doctor for review. 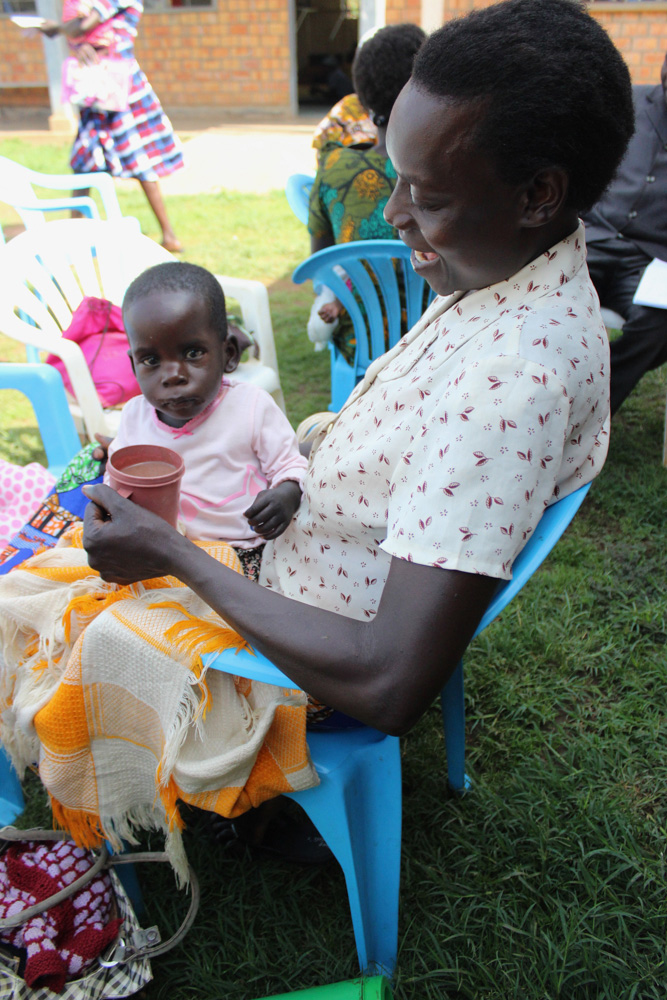 Former CURE Uganda employee Pastor Nelson was at the clinic, too. He came to minister to the patients and their caretakers. 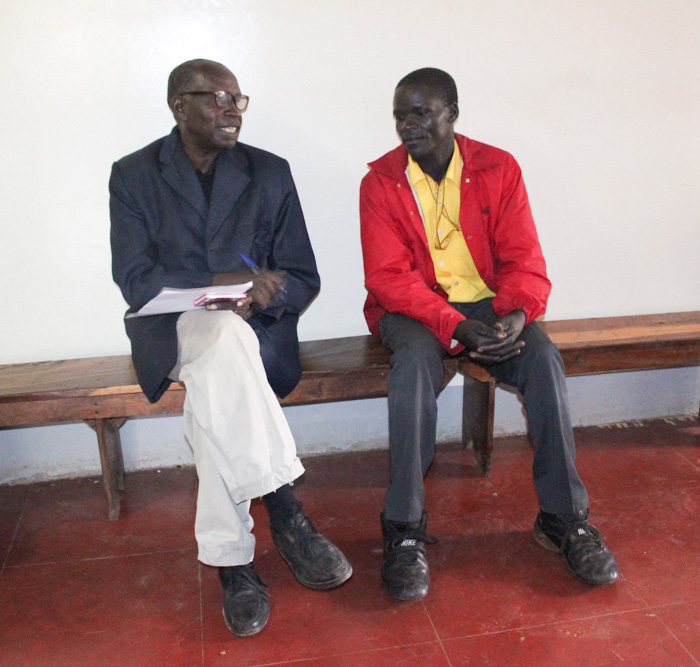 “Here is your child; hope I am doing a good job,” Lucy joked as she arrived for the clinic. Juliana and Lucy showed up for the Lira Clinic at approximately 11:30 a.m. She is now four years old and completely healthy. She had run out of supplies, so she needed more catheters and oxybutynin, which she uses for clean intermittent catheterization. She was reviewed and found to be healthy, but the doctor recommended continued physiotherapy. 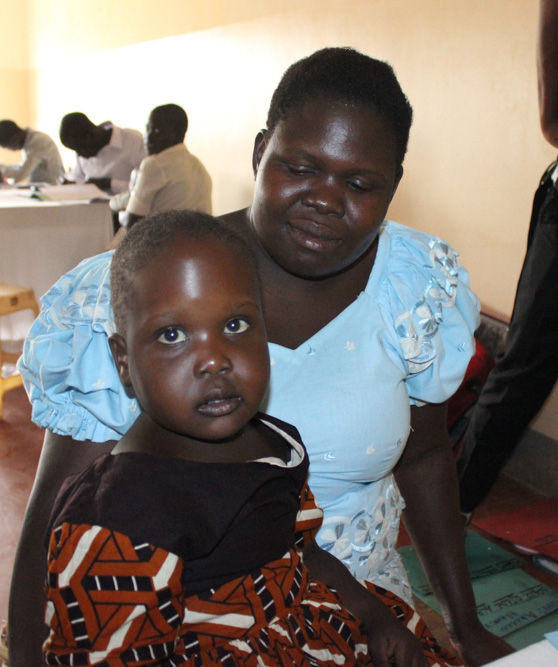 Solomon had a shunt placement in 2015. Now, he can sit and crawl. His shunt is functioning well. 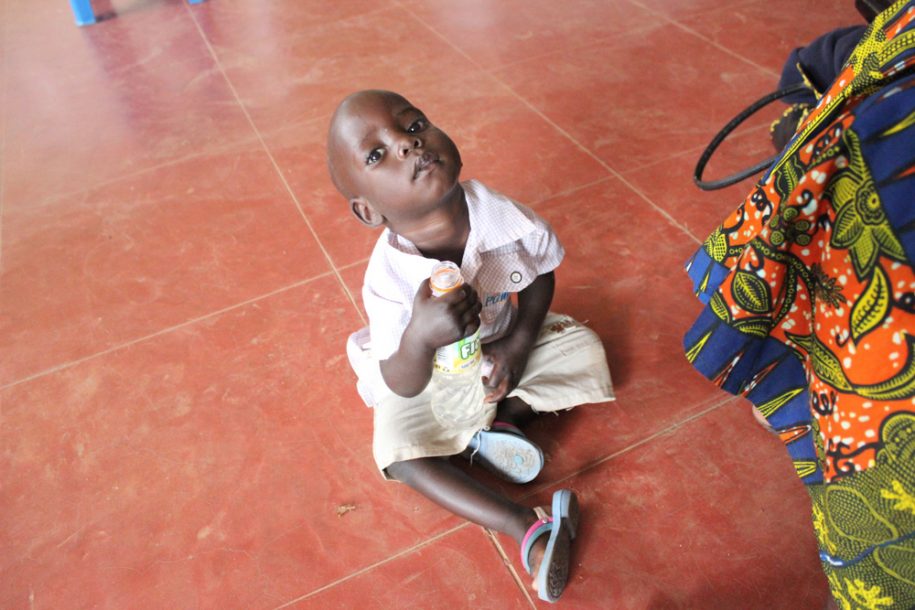 Bradley loves to smile for the camera. 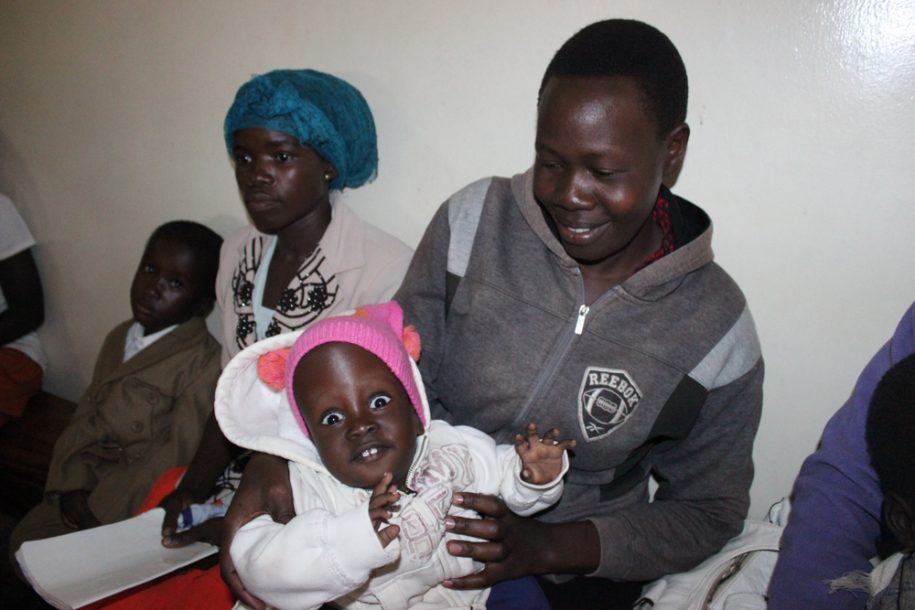 We were all exhausted from reviewing 159 children, but satisfied with how well they are all doing! We give God the Glory.