This post was written by Mary Diane Deysher, the wife of Mark Deysher. Mark is the Executive Director at CURE Malawi.

The Bible says humble yourself. Life has a way of doing that wherever you are.

In humility, I have started getting out the door to run again. There has been a hurdle of self-consciousness standing in the way because it’s a little tough to blend in here. I have had to get past the fact that most eyes turn toward that white woman running by. I simply embrace the glances and return them with a smile and a greeting, which invariably results in a warm response. This is my opportunity to turn my heart to pray for the people around me. 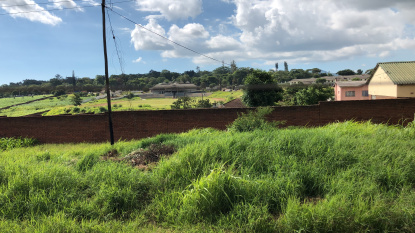 When I stepped outside our gate, I was met by a Malawian man who was running to work in his work clothes. We kept in step (with me skipping any sort of warm-up and instead attempting a bit of conversation) until my turn-off at CURE (about ¼ mile). As usual, I passed by dozens of people walking during the rest of my run and I greeted most of them. 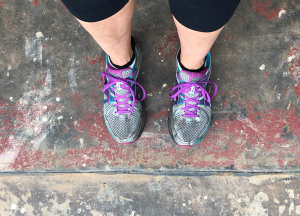 But there is a layer of conflict that churns inside of me every time I get out to run. I notice people looking at my Brooks shoes. They are dirty, but still pretty nice. I perceive their judgement that going for a run is a curiosity and a luxury. Most Malawians are, or at least appear to be, quite fit. Their diets are simple and limited and largely from the ground. Since their primary mode of transport is their feet, they put in many miles during the course of a day or a week. For many, making planned exercise part of their routine is a foreign concept. It’s just part of the survival equation. So, I press on and make the most of the opportunity to just be who I am in this place, trying to bless one at a time. 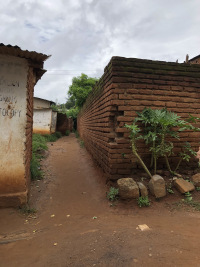 On my return the same day, I saw a man carrying a heaping basket of bananas on his head. It must have been about 10 cubic feet. He was headed to his stand at the market up the road. No need for creativity in cross-training here. I don’t carry my phone with me when I run, or I would have asked him for a picture, or maybe not. I was struck by another ever-present conflict. I don’t knowingly set myself apart, and I often feel like an outsider here, which I am. Yet, I am confronted repeatedly with what it looks like to really love, to really respect, to really relate simply because we are all image-bearers of God and share in this humanity. I pause and question whether taking a picture like that would be out of novelty, or would it be truly honoring this man’s deep value and humanity. I’m not sure if there will be answers to any of these questions while we are here, but I have a sense that the questions will keep coming. 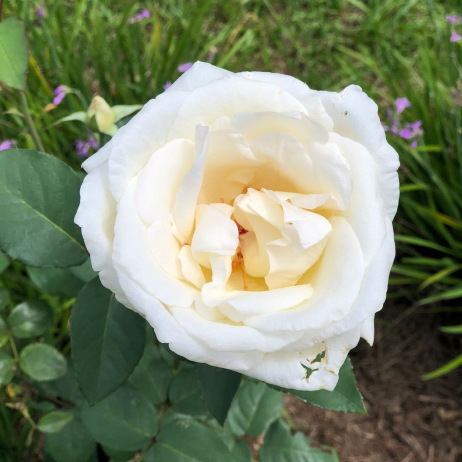 Sometimes the heaviness of life—pain, loss, love—point out our common ground of humanity and frailty. We need one another and the grace of God wherever we are.

A few weeks ago, we experienced death in our CURE community when the wife of one of our maintenance co-workers died suddenly early on a Sunday morning. A young dad with five children, the youngest four months old, was left behind.

As I sat on the ground with some of the women who gathered to grieve outside the home of this man, the men, including Mark, sat together in another area. In this very new situation among people I barely knew, the raw stuff of life resonated around me from the weeping husband who fell into the arms of his supervisor from CURE to the sound of villagers singing and crying inside this small home to those gathered in silent sympathy just outside. In humility, I acknowledge our common humanity and that in the heaviness of life, we need to bear one another’s burdens. We also lean in to the One who provides healing and peace.