It was an ordinary summer morning at CURE Niger. Staff members had gathered for daily chapel service. As usual, several patients and caretakers slowly trickled in, attracted to the music. A few unknown faces, new arrivals for that day’s clinic, were sprinkled among the mix. This wasn’t a strange occurrence as Christians make up less than one percent of the population in Niger.

Chapel progressed with a time of preaching following singing. As usual, the floor was opened up for praises and prayer requests to end the service. An awkward silence filled the room as everyone waited for someone else to speak. The sniffles of sick children blared louder than the speaker who had just finished. Finally, a chair scraped the floor as one of the visitors stood up. Heads turned his way as he began. 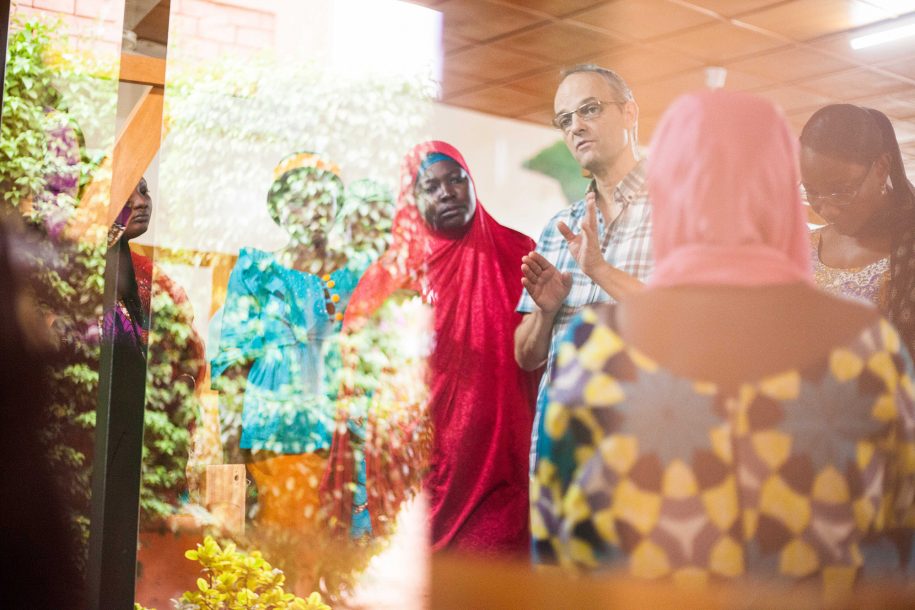 Prayer and fellowship are an important part of the ministry at CURE Niger.

“My name is Pastor Yandi,” he stated both clearly and proudly, launching into his tale. Pastor Yandi had come from a remote region of Niger with a child, Jean, from his community. They had first come to CURE Niger several months before when Jean received surgery to treat one of his two knock knees. Pastor Yandi and Jean had now returned for Jean’s follow up appointment, but in the few months they had been gone, everything had changed. 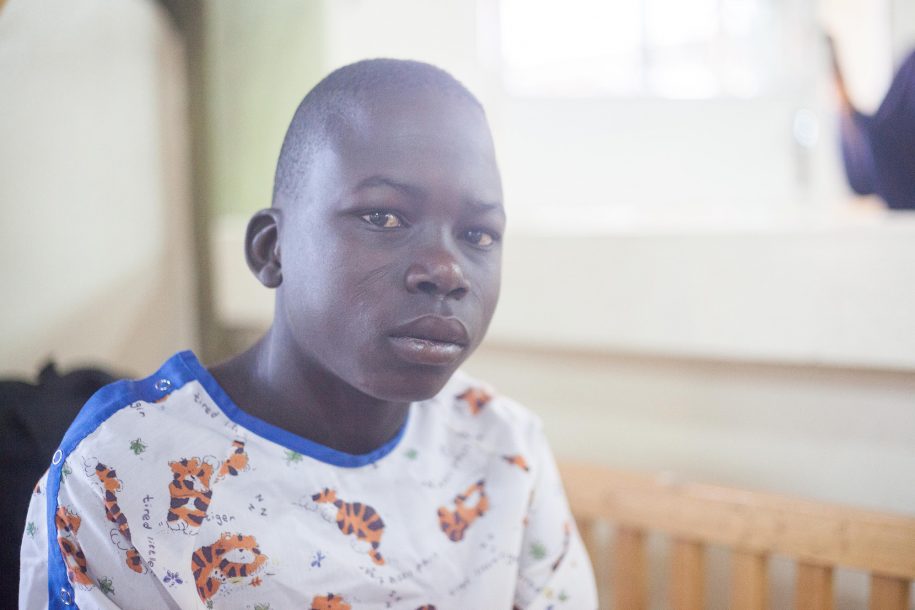 Pastor Yandi led two small churches in his region and Jean’s family attended neither. They allowed Pastor Yandi to accompany Jean to CURE Niger for the simple fact that he was the one who had brought them news of CURE. Jean’s father couldn’t leave his family without an income while his mother had an entire brood to care for. When Jean’s father had expressed doubts about whether healing was even possible, let alone how they could pay for it, Pastor Yandi simply replied, “Trust in Jesus Christ.” This was a bold statement. 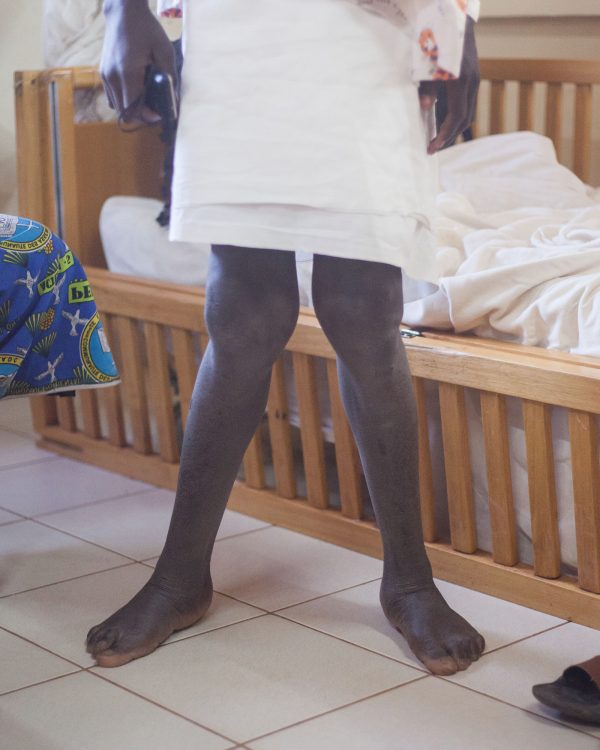 The initial visit to CURE had gone smoothly. Jean was cleared to have his surgery funded and received the surgery he needed to straighten his first leg. He was then sent home, and this is where things began to get interesting. Jean’s father was skeptically pleased even though he questioned if CURE would be able to finish the job. In contrast, Jean’s mother was overjoyed! She attributed Jean’s healing to the God of the Christians and became one herself, integrating herself into one of Pastor Yandi’s churches.

Luke 15:10 tells us that heaven was rejoicing over her decision, but the reaction here on earth was different. Jean’s maternal grandfather was infuriated over his daughter’s decision. He forbade her from attending Pastor Yandi’s church and promised to kill her if she disobeyed. Jean was also forbidden from returning to CURE Niger. The grandfather believed that CURE must have coerced a conversion out of Jean’s mother in order to receive the surgery for free. 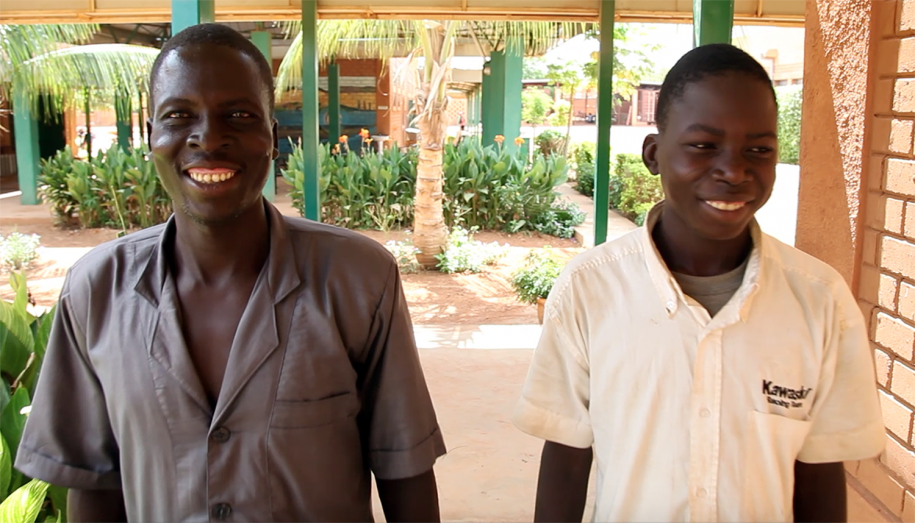 Rightfully troubled, Pastor Yandi set out to confront the grandfather. Pastor Yandi explained that while CURE Niger is indeed a Christian organization, they help people of all religions.

“CURE is here for everyone,” he told the grandfather. “They do not force you to be a Christian or follow Jesus Christ.” Still skeptical, the grandfather instructed Jean be brought to him.

Through conversation with Pastor Yandi, the testimony of Jean, the results of the surgery, and the persuasion of the Holy Spirit, not only did the grandfather allow his daughter to attend Pastor Yandi’s church and Jean to return to CURE Niger, but two women from the grandfather’s house also gave their lives to Christ!

Pastor Yandi finished his story and sat down as the room burst into clapping at how God works. Our mission here at CURE Niger is “to heal the sick and proclaim the Kingdom.” The second half of that mission can get discouraging while working in a country staunchly opposed to the message of Christ. Stories like the one Pastor Yandi shared  are a reminder and reinvigorater to keep loving our patients and sharing the gospel. We are blessed to see some of the fruit of our work, but we are even more blessed to be a small part in God’s bigger plan, a plan far outside what we could accomplish ourselves. 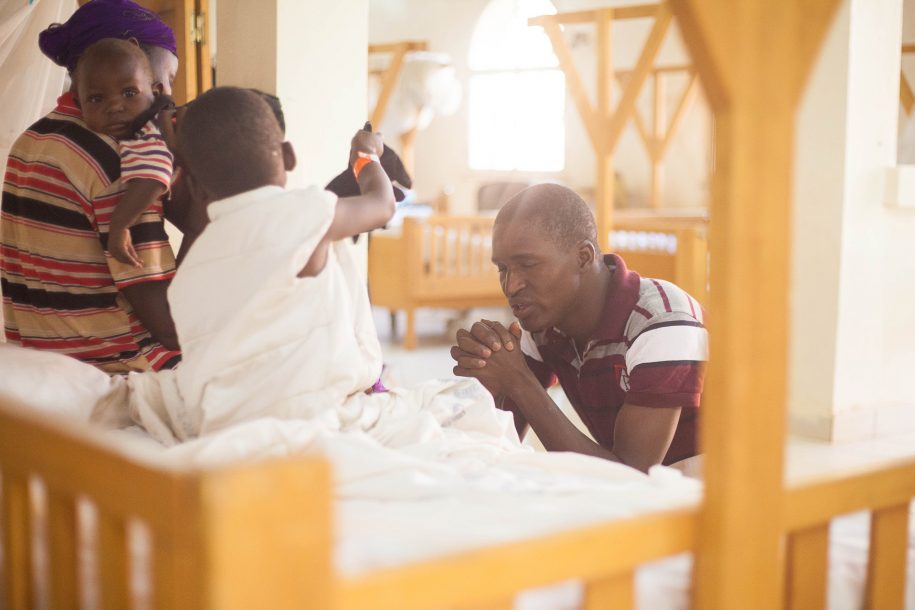 Our Spiritual team prays over all our patients.