Hello from the Philippines! I have left the midwest cold just as I was getting used to it. I am back in the heat and high humidity of Tebow CURE Hospital once again.

We are seeing some amazing children with wild deformities here at the Tebow CURE Hospital. Yesterday, we had a 14-year-old boy with an advanced scoliosis spinal curve. The curve was large, a nearly 90 degree angle, but that only part of the challenge. We arrived at the operating theaters to find the air conditioning was not working. No, you cannot just open a window. There are sterility issues and the operating rooms are in the basement.

We donned our lead aprons for surgery, took a deep breaths, and off we went. Surgery was difficult, but in the end, all looked improved. The circulating nurse had additional duties wiping my face to keep sweat from falling into the wound. At the end of the case, I was thrilled to see the alignment of his body much improved and both lower extremities moving well. I was soaked from my head to my toes. My mouth felt like a desert and I went first for water, a lot of water. 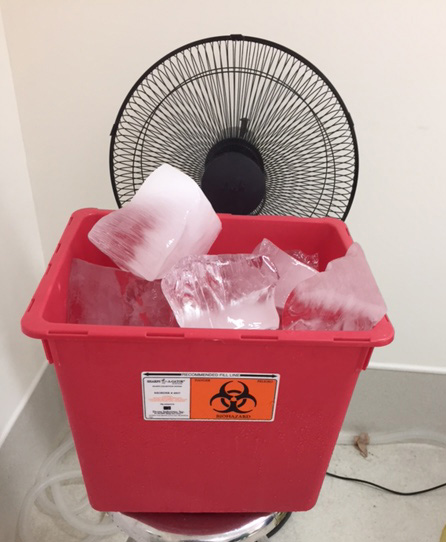 Cooling down the OR.

Repair people came to fix the air conditioning Tuesday night, but we arrived to find no working air.  Yikes! Ralp, our OR Head Nurse, made some calls for a stop-gap improvement. Ralp brought in blocks of ice and found some fans to blow across the cool ice. The rooms were not perfect, but soooo much better. It was a “one for all” day. We started with one patient, a young boy named Aldrin, and all the surgeons, Drs. Jun, Nesti, and me. We would then divide forces to follow with the rest of the schedule.

What sort of problem could warrant such mass assault? Aldrin has a problem called congenital knee dislocation. Essentially, Aldrin’s knee bends the wrong way like a flamingo. Look at his picture and be amazed he could even get around at all. When we see children with knees like this early, we can often cast the knees and improve them. If they fail to correct, then surgery will help. When young, the surgery is much less involved. At age 14, surgery is a true challenge. 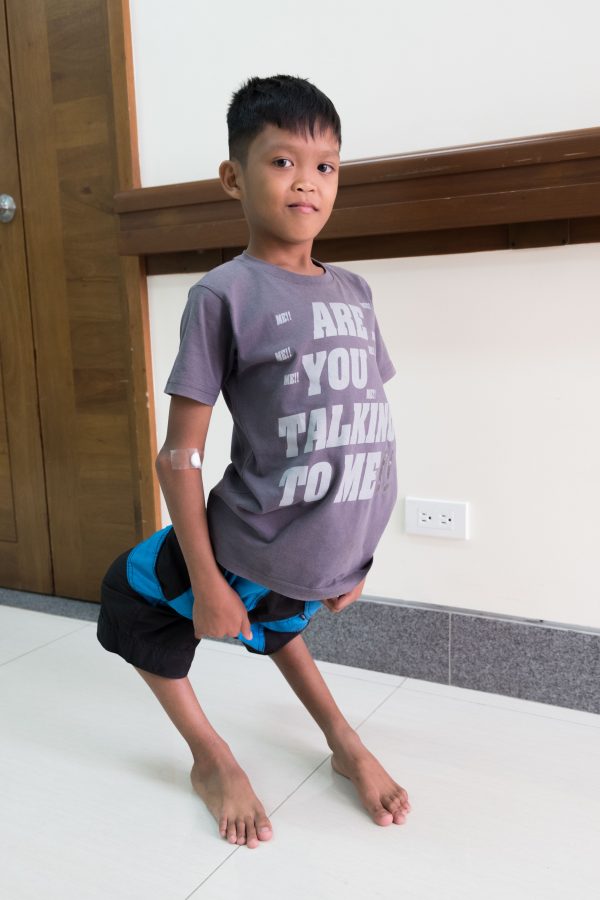 We face four big hurdles: contracted skin on the front of the knee, a dislocated joint, a shortened quadriceps tendon, and a twisted distal femur (thigh bone at knee). All must be corrected on both sides.  Good thing we got the ice!

So, in case you want to tackle a problem like Aldrin’s, here we go (I have done this operation several times and recommend running from such problems or sending the kids elsewhere!). Start with a long anterior incision and elevate your skin flaps. Make a long “Z-type” incision in the quadriceps tendon to divide it. You will find a lot of scarring and fibrosis.

Now, release the joint capsule from front to back. Bend the knee and see what happens. With a somewhat noisy journey, the femur returns to sit on the tibia. Hoorah! 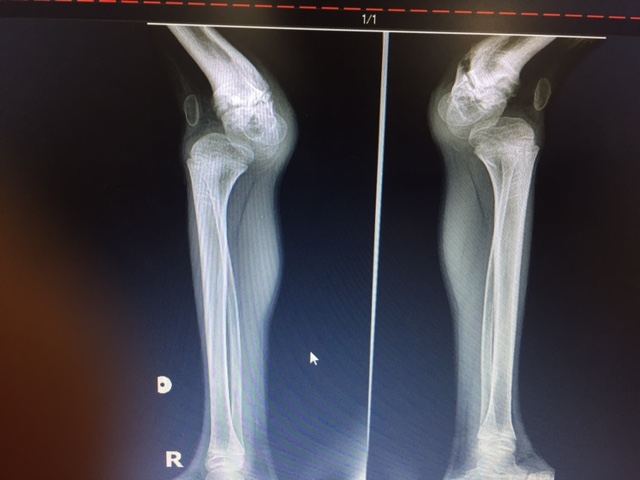 Side view look at knee cap

Think you’re good? Look again. The alignment due to the malrotation and valgus of the femur is way off. Okay, now take a saw and cut the femur right where the femur starts narrowing above the knee. Open up the canals; both up and also into the knee. We have a special nail called the “Sign Fin nail” (Thank you Lew Zirkle: signfracturecare.org.). From inside, the joint up through the osteotomy and into the shaft the rod is driven. Two screws into the distal femur lock the rod in the bone placed after we correct angles and rotation. Much better! Getting tired?

Repair the posterior medial and lateral joint capsules. Repair the lengthened quadriceps tendon. Now, there seems to be a paucity of skin to close over the front of the knee. Hmmm. Well, we can use fasciocutaneous (skin, fat, and fascia) flaps to cover posterior defects, so might as well use one on the front. A flap was measured using a proximally-based flap and elevated. This tissue was rotated across giving some relief. A pie-crusting, multiple skin incision relieved more tension. Closure was accomplished! The knee was reduced, the quadriceps lengthened, the femur corrected and fixed, and finally the wound closed. Oh yes, the foot was nice and pink as well, but you are not done. 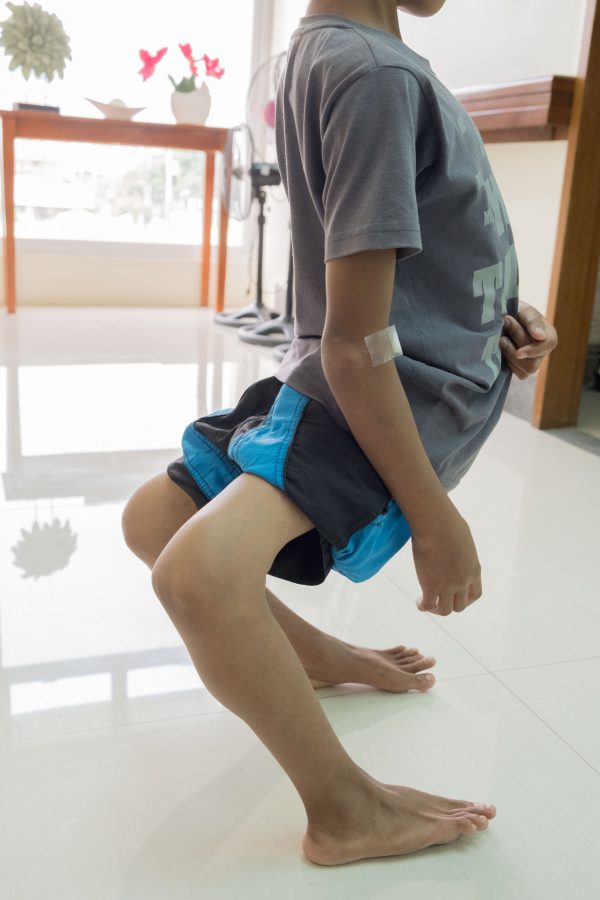 Side view of Aldrin’s knees.

While part of the team closed, the others started the other side. Having done one side, the second went a bit faster. All four problems were addressed and corrected. At the end, long leg casts were applied to protect our soft tissue and tendon repairs. Later comes the really hard part: rehab exercises. With hard work and God’s grace, Aldrin will be able to walk tall without people staring.

Tomorrow is clinic day. Who knows who waits for the love and support of the Tebow CURE staff?  Hopefully, we will not see another young guy with such severe deformities. If we do, that is okay. We will take a deep breath, say a prayer, and venture forward in His grip.