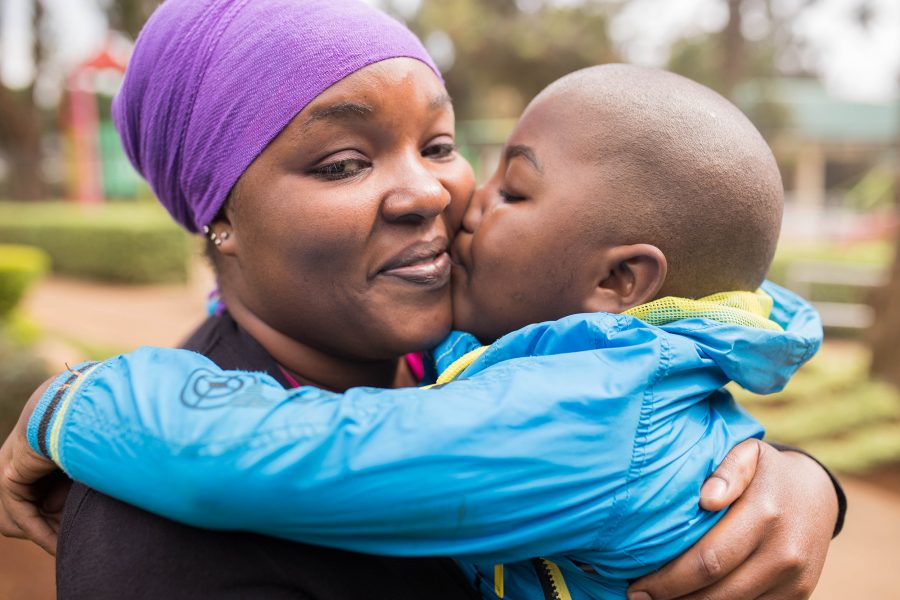 Her God sustains her

By Naphtali Foster on Wednesday, February 7, 2018

“I’ve had a long journey. Since he was two years up until now,” said Brenda, Nivan’s mom.

Nivan is seven and has spent a lot of time in hospitals. He was casted and given a tenotomy to treat his clubfoot as a baby. He had a surgery to correct his eye. Recently, he had clubfoot surgery (since casting didn’t work for him) and knee surgery at CURE. Brenda told us that he will have a total of seven surgeries by the time it’s all over.

Some months back, Nivan was admitted to CURE with a wound infection, a complication from his last knee surgery. He spent several weeks with us, and then more time when he was readmitted to treat his wound again. 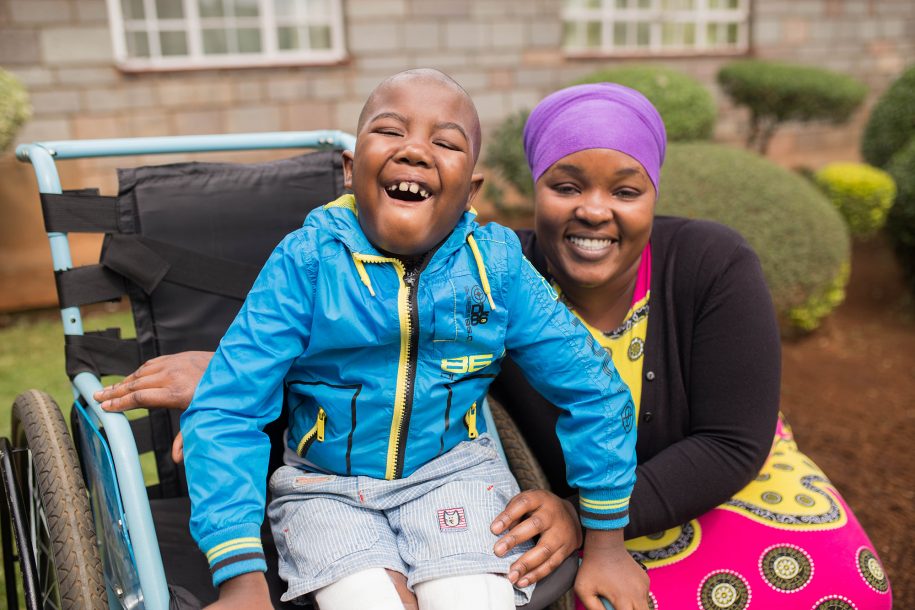 It was during this time that we really got to know them. Brenda is a single mom raising a son who has more than his share of health problems. No mom wants to spend weeks at a time in the hospital with her child, and no mom wants to watch her child struggle to heal from a wound infection.

In spite of this, we watched Brenda exude such gratefulness by depending on Jesus and remaining strong for Nivan. We asked her if she ever gets discouraged.

“No,” she said. “I see Nivan is doing well (having joy and strength). It has been a long journey, but now, at least, I thank God because I see there’s something new going on with my son. I see a lot of improvement. I cannot compare his life back then and now. At least now, he’s improved so much.” 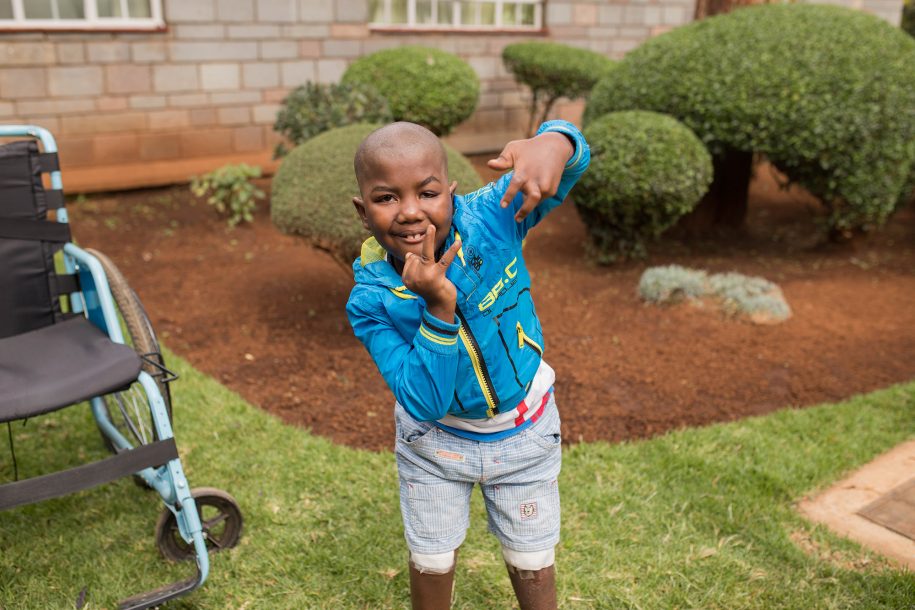 During Nivan and Brenda’s time at CURE, we caught Brenda with her Bible open on several occasions. One day, we found Brenda and her son reading the story of Samuel. She also said that Psalm 139 is her favorite. And the books of the Bible that she loves?

“Psalms, Jeremiah, Isaiah, Proverbs. I love stories,” she told us. Around this time, she had her Bible open, and we were greeted with the rustling of pages as she looked up a passage.

We asked her where her joy comes from.

“I just talk to God to give me courage so that even when people are talking, I don’t care,” she said. “I just want all the best for my son so that when he grows up, he won’t blame me. At least, I can tell him that I tried my best.”

We asked her where her hope comes from.

“I just want God to help me so that all surgeries can go well. So Nivan can get well and he can walk like other children and he can play.

One day while in the hospital, Brenda saw Nivan’s wound during a dressing change.

“I shouldn’t have looked at it,” she said, but she didn’t let that get her down. 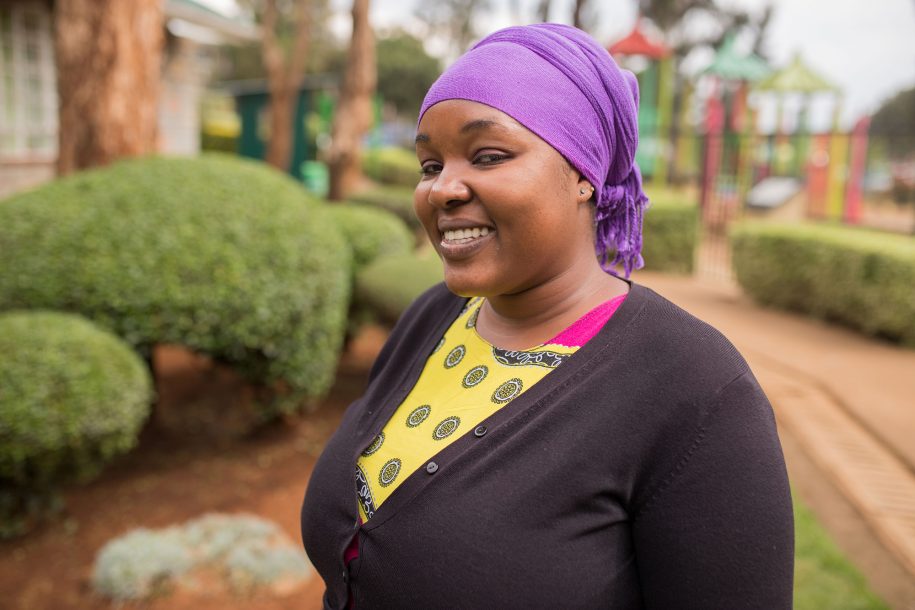 We asked her where her faith comes from.

“You know the story from Ezekiel? When God told him to speak to the bones,” she said. “I like that story. It’s encouraging!”

“Nivan’s wound is small to God,” she said.

One day, when Nivan came to CURE for a wound check, Brenda exclaimed, “At least God answered my prayer. I said when we come today, let it be good!”

And it was! The last time Nivan came for a wound check, he was readmitted for more wound care and a subsequent skin graft. This time, his wound looked great and he got to go home the same day! 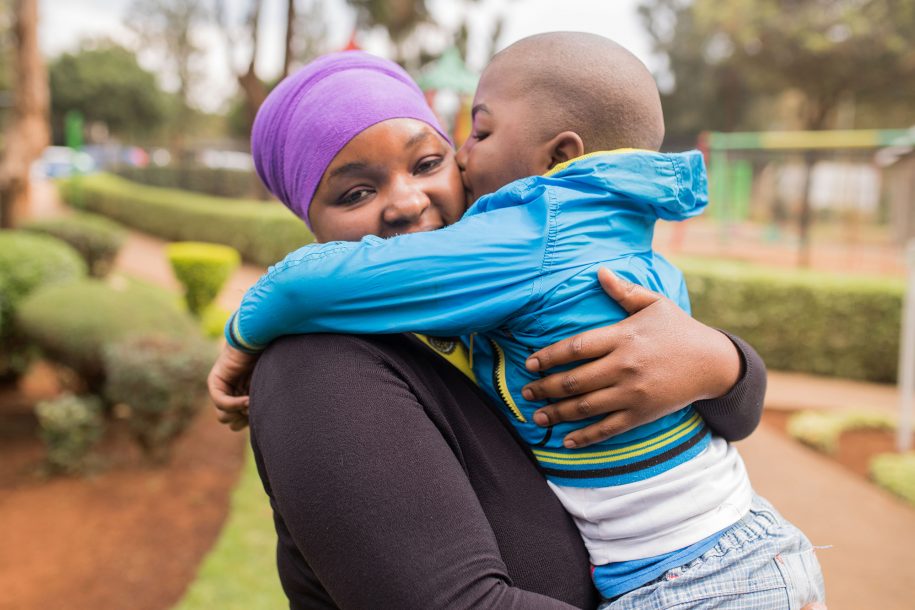 All of Brenda’s joy and hope doesn’t come without life’s challenges.

“Sometimes, it’s challenging; sometimes, you don’t have money. You don’t have fare to come here, but I just struggle and struggle so that I can come with my son ‘cause I wish all the best for him.”

How does she deal with all of this?

“I just cry. I just go to God and I cry. I cry to God and pray and listen to some music. Then, I feel strong again. The best medicine when I’m sad is I cry. I tell God to give me peace because on my own, I can’t do it.”

“CURE does great work. When I first came, I thought, ‘They can’t help.’ But now I know that they can!”

She’s so grateful for what she sees and experiences when she’s at the hospital. Brenda has shared how good things are at CURE and that she basically sees Jesus in our staff. 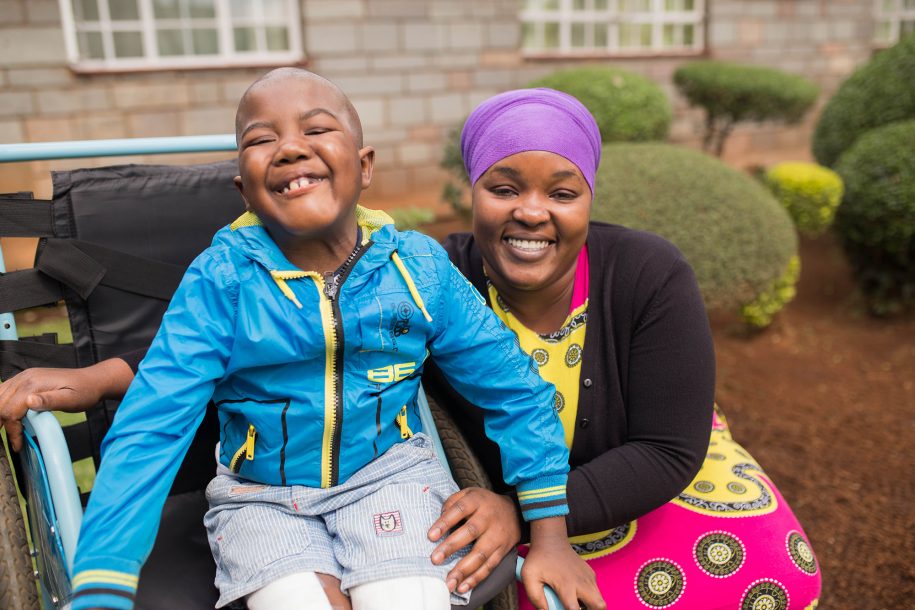 Because CURE  is a Christian organization, most of the employees at CURE Kenya are believers, from the doctor who assesses patients during rounds in the morning, to the person who smiles at the patients while changing their bedding. God appointments can happen at any moment. Nivan has been prayed for on many occasions, and because Brenda and Nivan have spent so much time at CURE, they’ve watched many interactions first hand. We know that they’ve seen bedside ministry happening not only for them, but for others also.

On more than one occasion, Nivan was given a book from the playroom because he was on a wound VAC and it was hard for him to actually go to the playroom. Another time, Pastor Emmy brought a balloon to Nivan while he was stuck in bed. Nivan was given a marker to write on the balloon. He wrote, “Nivan + Jesus.” Another time, Pastor Phoebe stopped at Nivan’s bedside to pray with him.

We’re thankful for Brenda. God has given her such faith, hope, and joy! Please pray that God continues to sustain her during this time, and that Nivan’s continued journey of healing will be swift, easy, and, most importantly, glorifying to God. 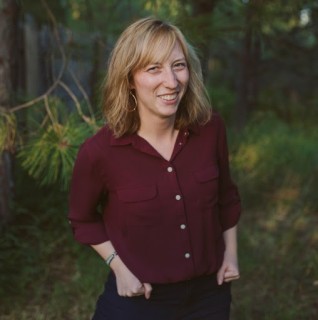 About the Author: Naphtali Foster

Naphtali served with CURE from 2016-2019 and brought joy to the kids in the ward with her sweet and playful spirit! She loved the kids we served well and was much loved by the staff at CURE Kenya. 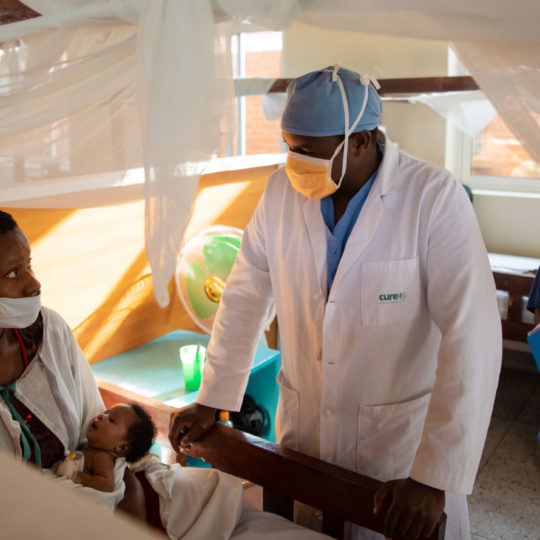 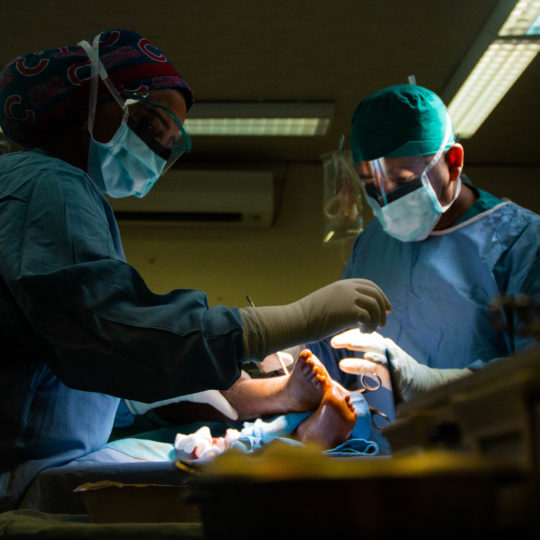 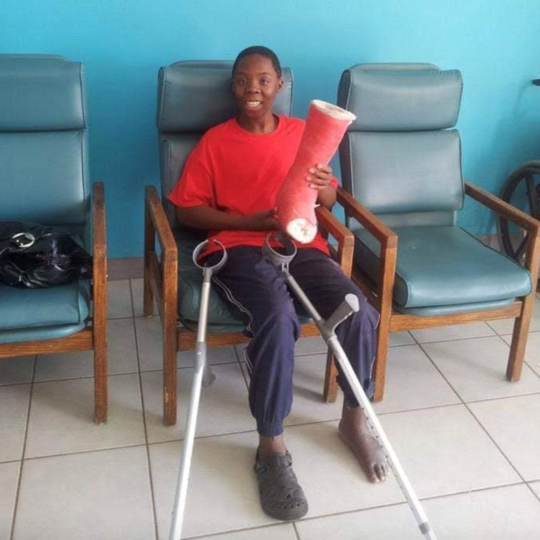