“Carry each other’s burdens, and in this way you will fulfill the law of Christ.” – Galatians 6:2

This is a story about restoring the broken.

Febi was a teenager when she had her child Florence. Florence was born with bilateral clubfoot. Febi was heartbroken, but determined to take her baby Florence to the hospital for treatment. The hospital staff started putting casts on her baby’s feet in the hopes that the feet would be straightened.

After months of trying, Febi was abruptly told by the hospital staff that they had tried all they could and that she should take her child home. The child would have to live in a disabled state, staff had said. Febi was discouraged by the outcome. She had seen so many cases of clubfoot before in her hometown. She was ready to succumb to the sad reality that her baby would be crippled for the rest of her life.

God’s plan was different though because Febi’s cousin happened to know about CURE! After four months in the hospital, and with hard work from the CURE staff, baby Florence was treated for clubfoot and cured.

The friendships that we form in our lives can either make or break us. First Corinthians 15:33 admonishes us to be aware that bad company has the ability to corrupt good character. God in His wisdom allows us to be connected to people who can help fulfill His plan for our lives. Febi had no idea that God was at work when He brought her to CURE. She had been hurting, crushed, and broken. To us, Febi was more than just another mother, she was a child—a child that needed to be loved with very little hope for the future. To us, Febi became one of us the moment she walked into the doors of our hospital and told us her story. 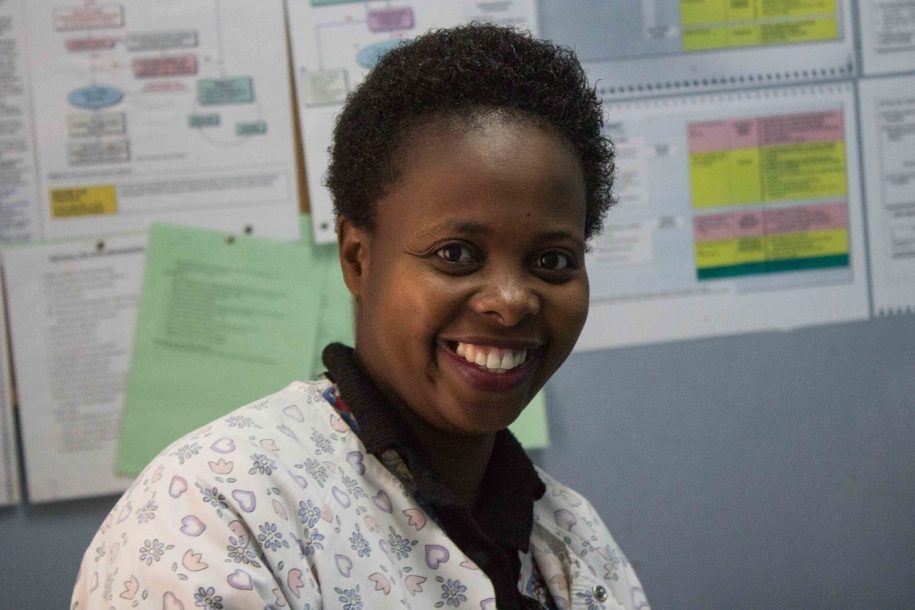 Febi, who has a bubbly personality, was able to form a close connection with Dainess. In Dainess, Febi found a mother and a friend. It was not long after Florence was discharged from the hospital that Dainess decided to help them. She invited Febi and Florence to come and stay with her, to help her ease the pressure of raising a child on her own. Dainess felt that if Febi could stay with her, she could also grow up with motherly love and guidance while helping with one or two house chores.

Last year, Febi was a teenage mother with a bleak future. Today, she is a happy, responsible young lady who dreams of going back to school as soon as she saves enough income.

This is a story about healing someone from the past, redeeming the present, and giving hope for the future. This is what CURE is about: restoring the broken.