Taking the Great Commission beyond the end of the road Enkorika is a scarcely populated area and the mission teams had to walk long distances to get to homesteads.


“There are no roads for cars here. We will go on from here on foot.”

We had literally just come to the dead end of a road, trying to get some of the team members to a homestead where they were supposed to preach the gospel. They still had a hill to go over. This was the second day at a spiritual mission campaign at one of the remote parts of Kenya: Enkorika and Kajiado.

We turn back, just me and Spiritual Director Rev. Earnest Kioko as the rest go ahead. In a few hundred meters, we meet two boys shepherding a herd of cattle. They appear to be in their teens. When they turn curious eyes on us, we decide to stop and say hello. They tell us that they thought something untoward might have happened to one of their neighbors when they saw a hospital van driving through the neighborhood. This introduction leads to an interesting conversation, and soon enough, we jump out of the vehicle. 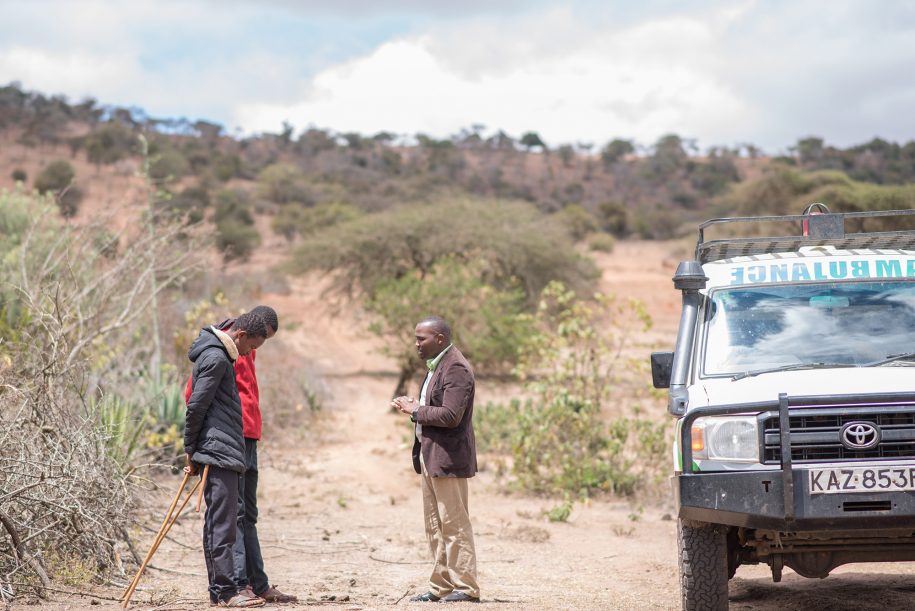 Our Spiritual Director Rev. Earnest ministers to two teen boys we met by the roadside.

The conversation gradually takes a good turn and graduates to the sharing of the gospel. These two young men comfortably and skillfully rest on their walking sticks, and for a while, we engage them. Several minutes later, the two young men decide to give their lives to Christ. Our Spiritual Director holds their hands and leads them to confession through prayer.

This man came forward hands raised and gave and surrendered his life to Christ.

Later in the evening, when the rest of the team gets back from the home visits, we set up a crusade at the nearby shopping center while the sun is beautifully setting over the Kajiado plains. As the people of Enkorika are about to close their businesses for the day, the sound of African praise songs fills the air. A crowd slowly builds up and joins in praising and dancing. One of us shares a sermon to the small crowd. An alter call follows and a man comes forward with his hands raised ready to give his life to Christ. The day culminates with the screening of a Christian movie at the shopping center. Men and women gather silently watching the film. Throughout the week, each day is a unique experience. Several souls join the family of believers each day. 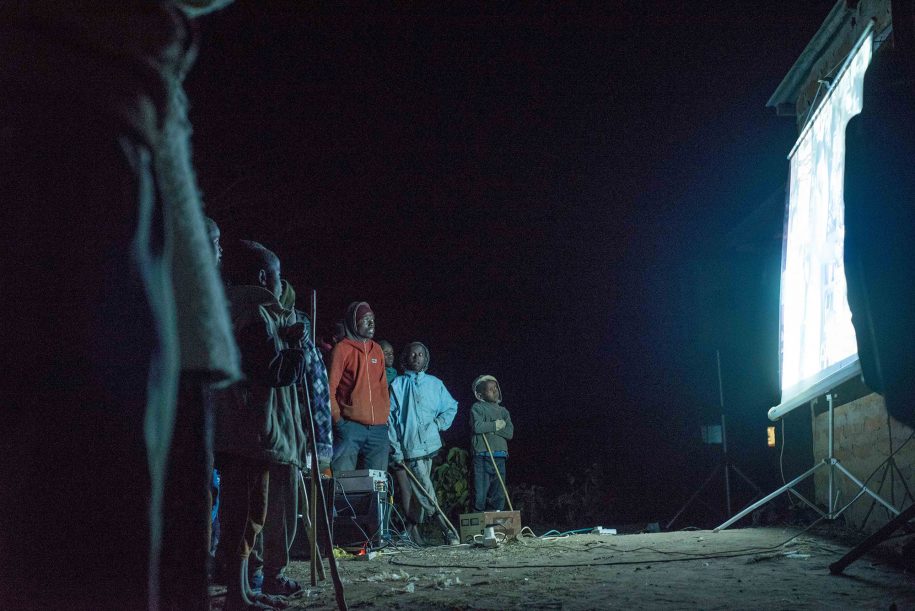 The residents of Enkorika gathering around the projector and screen in the evening to enjoy a christian movie.

Three times a year, our spiritual team organizes outreach campaigns to different parts of the country as part of CURE’s mission to proclaim the kingdom of God, which is in line with the great commission to all Christians. This mission is just not on documents, notice boards, and online platforms. It is ingrained in the hearts of most staff at the hospital; day in, day out. I have seen co-workers live out that mission in their daily ministrations. I have seen souls get transformed at the hospital. 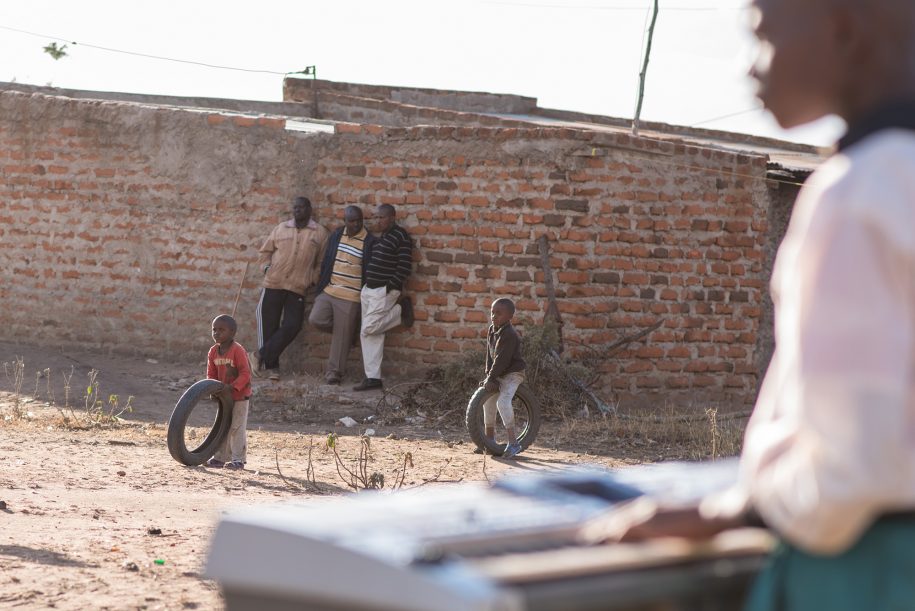 Even the little ones came and drew close, with their toys still in hand to listen to music and the preachings during the open air market sessions.

Over the years, the hospital’s spiritual team has made sure the gospel is proclaimed far and wide beyond the hospital walls. This past August, a team of 60 volunteer missionaries comprised of staff and friends of the hospital went out to a remote village in the southeastern part of Kenya to preach the gospel. The team was hosted by a local church: A.I.C Enkorika. 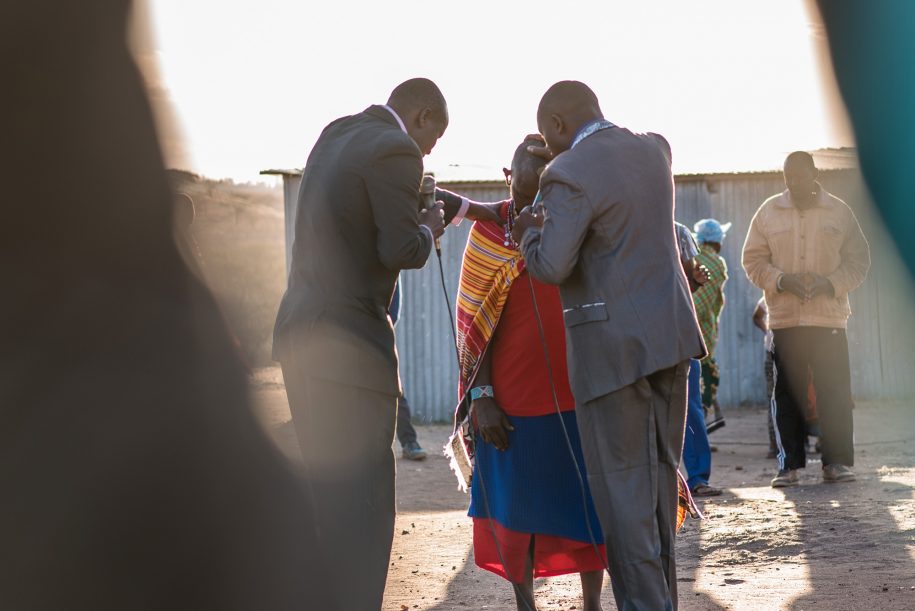 The pastors laid their hands and prayed with many who heard the gospel and believed.

The mission lasted seven days, and for each day, the team lived out of their comfort zones. They missed the company of their families and loved ones. They did not live in the best conditions, so they could make sure that together, with the other faithfuls of the host church, they would share the love of Christ with the people of that region. Every day in groups of three, we spread out to the villages. Some groups covered more than three miles to get to some homesteads. They woke up at 4:00 a.m. We’d shower in the darkness as there weren’t enough washroom facilities to accommodate everyone. But most were driven by love. This group reached out to more than 2,159 people during the week with the gospel. Out of that number, more than 164 people gave their lives to Christ and another nine were restored to faith. 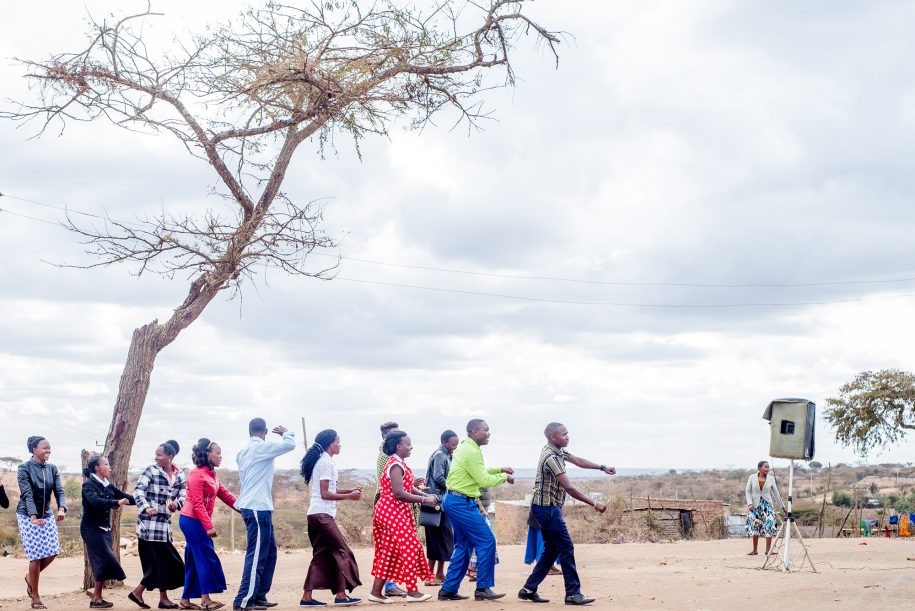 The mission team dancing and praising God at the marketplace.

When Jesus was leaving his disciples, he gave them the commission to go out and preach the Word unto the ends of the earth. He commissioned them to become missionaries. It is because of their obedience to that call that many of us, generations later, have come to hear about the Kingdom of God.

Does it ever cross your mind that there are people out there that need to hear the good news of the gospel? Do you feel the need to be part of this team that has been called to go and carry out this great mission?

We don’t always have to come to the end of the road to meet someone who needs to hear the gospel. Everywhere around us, there are souls that need transformation. We can be the vessel Christ uses to reach out to them. We only need to be available and willing to be used of Him and to share His love to the rest of the world.