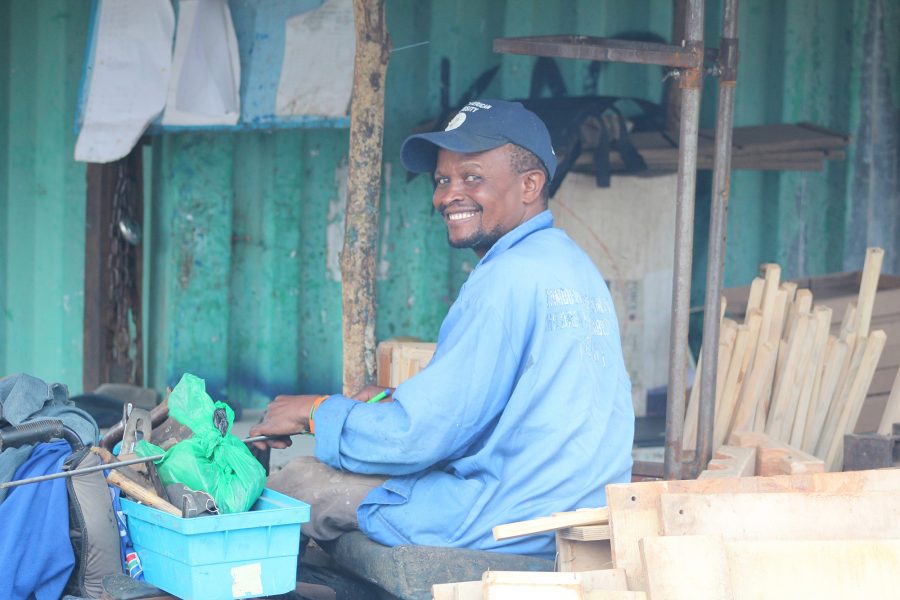 David: Two lives in one lifetime

This is a story of tragic loss when one man’s world was turned upside down forever. It is also a story of hope—how one man picked up his life pieces and decided to live life to the fullest after a tragedy struck.

David was born in 1966 and lived a normal life working as a carpenter and as a driver for a large, local food supply company. He married, and a few years later he and his wife had welcomed a baby girl. Life was good and going really well until the day that everything changed.

It was the year 2000, and David thought he was having a Malaria attack. His body was sore all over with aching joints and swollen legs. He didn’t feel good at all. Everything was happening so quickly. One day his body was sore all over, and the next day, there was swelling everywhere. He was rushed to the hospital where he started getting treated for malaria, and his condition seemed to get worse. He soon went into shock and lost consciousness.

The next thing David remembers is waking up with no legs. He had just become a double-leg amputee. 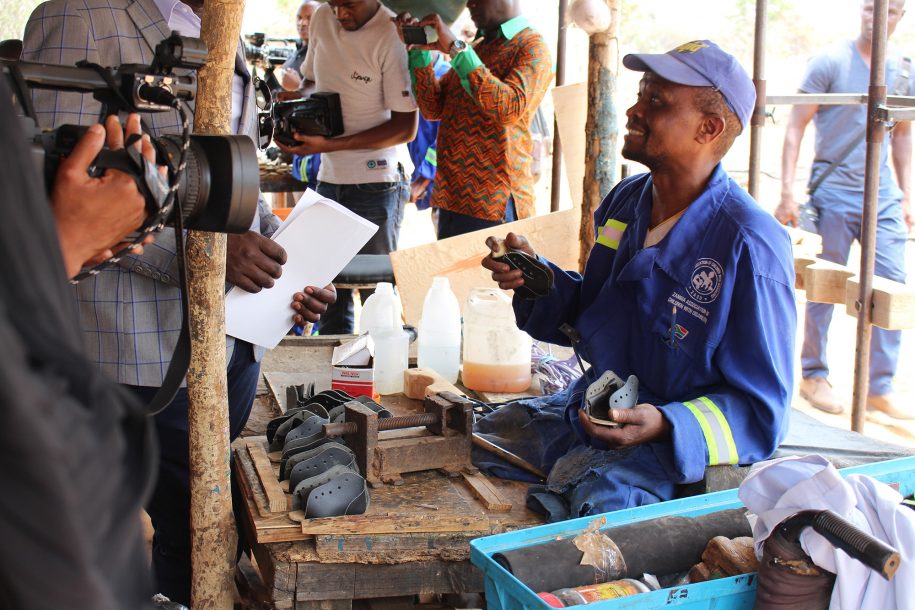 When David passed out, he stayed in that state for some time. Tests were run and it was discovered that his legs were gangrenous. The tissue was dying because of a critical lack of blood supply in his legs. The amputation had to be done and done quickly. Otherwise, David was at risk of death.

When David woke up with no legs, he was in shock as the news sunk in. He describes a sadness he had never experienced in his life. He would spend the next two months in the hospital recovering physically, but he was also coming to terms with his new life, his new reality. His heart was so heavy. He was the family bread winner. His job involved standing on his legs as well as driving to supply food to different places on behalf of the company. He had lost all of that. His ability to provide for his family through that job was gone forever.

Staying in the hospital for two months was a setback. The bills kept coming, and life kept feeling more and more unbearable. David considered ending his life, and then decided against it, telling himself he would keep living even if he didn’t know how that would work.

After the longest, most painful period of his life, David was finally well enough to go home. However, David and his family didn’t have a home to go to, so his sister took them in. For the first time, David was hopeful about the future.

Because David spent a lot of time at home, he started thinking about ways he could keep busy. He started making doormats out of old, used cloth. He made some money from this and this helped his family.

Geoffrey, an old friend of David’s, had heard about what happened and wanted to see how he could help. He is the founder of the Zambia Association of Children with Disabilities (ZACD) and has a workshop at Beit CURE Hospital where he and his team manufacture equipment for the CURE Clubfoot program. Geoffrey needed a carpenter on his team, and he thought David would make a great addition because David was a great carpenter and also understood disability.

David thought this was a great opportunity. At that moment, David said he perceived life differently from that day moving forward. He looked at himself and thought, “I don’t have legs, but what if I could help give kids a chance to get their legs fixed, so they can some day have proper use of their legs?” Right then, something awoke in his heart. He had a new mission in life. He was fired up and ready to help change the world, one kid at a time. 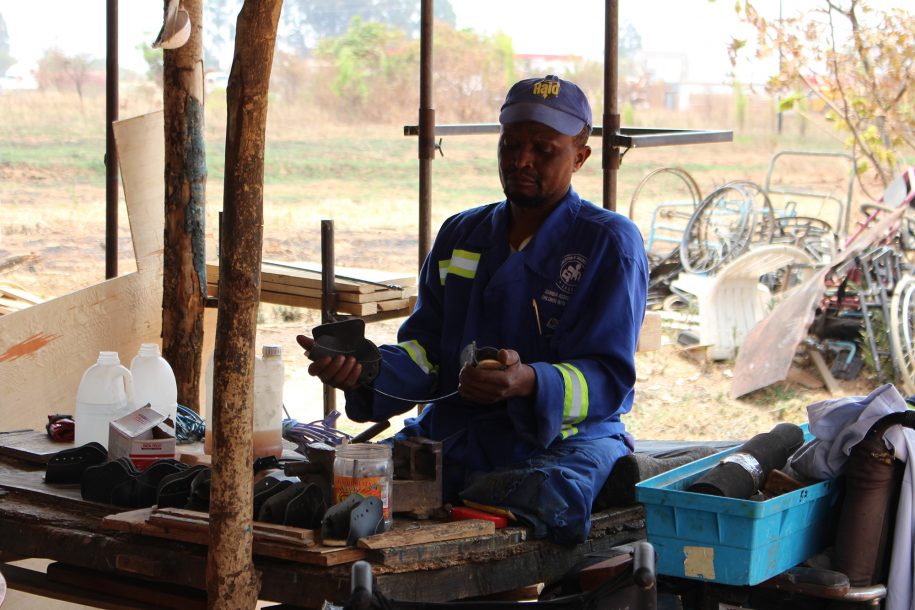 After joining the team, David has never been the same. It was no longer about him, but what he could do to help children get a real chance at using their legs some day.

David talks about having lived two lives: an able-bodied life and a life with disability. He talks about how many people don’t get a chance to live two different lives in one lifetime. It has taught him so much and has made his life so meaningful.

When asked where he draws such strong beliefs about hope and purpose, he talks about his faith in God. He says he doesn’t know how anyone could ever make it without God: from contemplating suicide while in hospital, to meeting people that spoke words of love and hope, to growing in his prayer life, which gave him great strength. He says it hasn’t been easy, but he has been aware of God being with him at every stage.

These days, other than working with ZACD at the CURE Zambia workshop, he takes time to meet up with fellow amputees to give them a listening ear, share his experience, and give them a word of encouragement. He says many amputees are on the streets begging for spare change, and he could have been one of them. However, he is grateful for the opportunity to make a change in this world alongside CURE, one child at a time.

What was pain, tragedy, and loss for David is now faith, hope, and love for what the future holds. He has moved from tragedy to triumph. 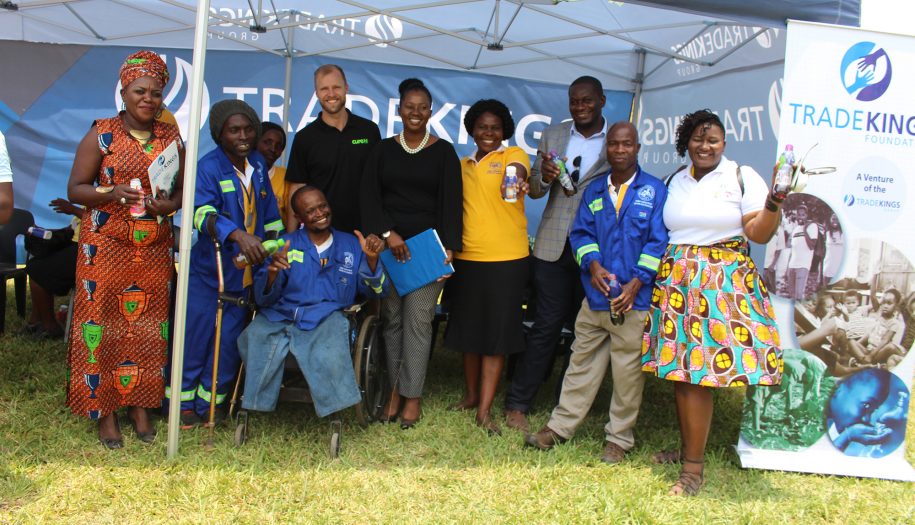 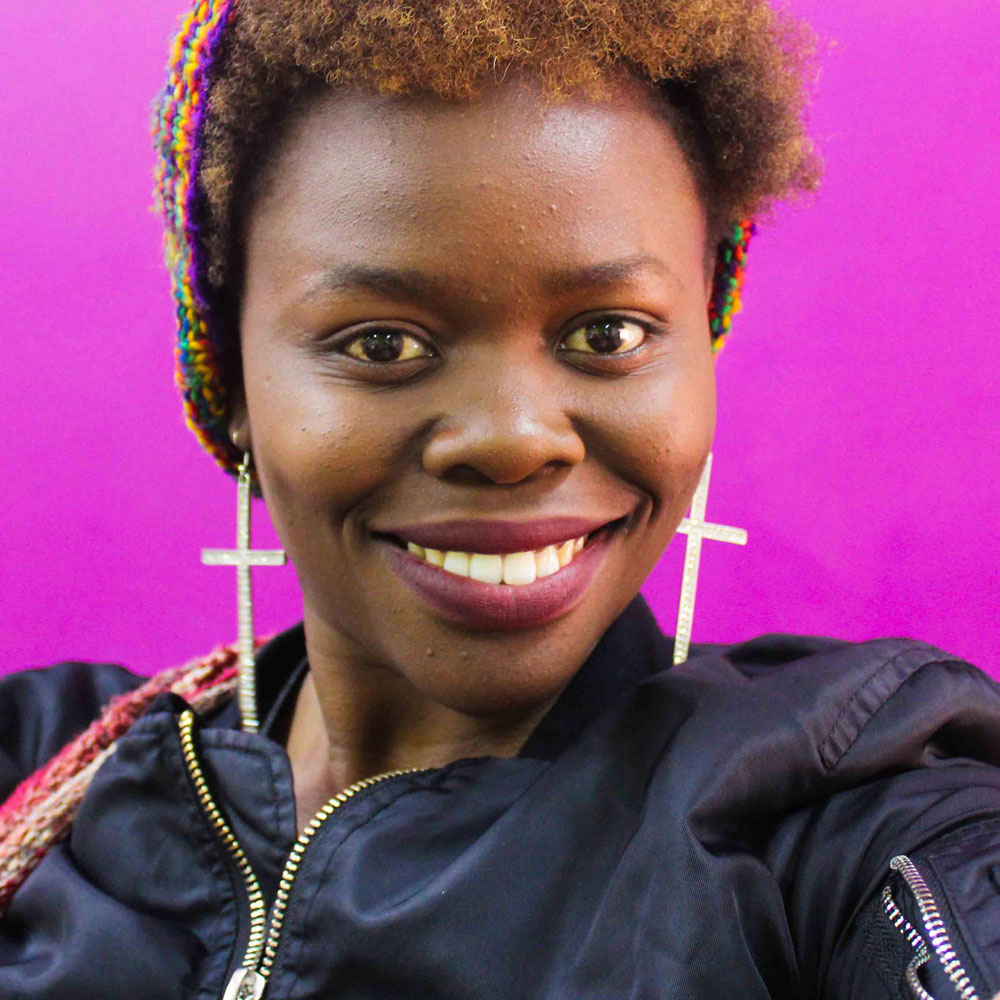 About the Author: Abby Tumelo

Abby serves as a CURE Storyteller at CURE Zambia. She says "The best thing about being a part of CURE is that I get to participate in the wonderful work that God is doing, world over. I get to love and serve people and make incredible connections with them. My favorite part is building relationships, and I get to do this while taking their photos and telling their stories." 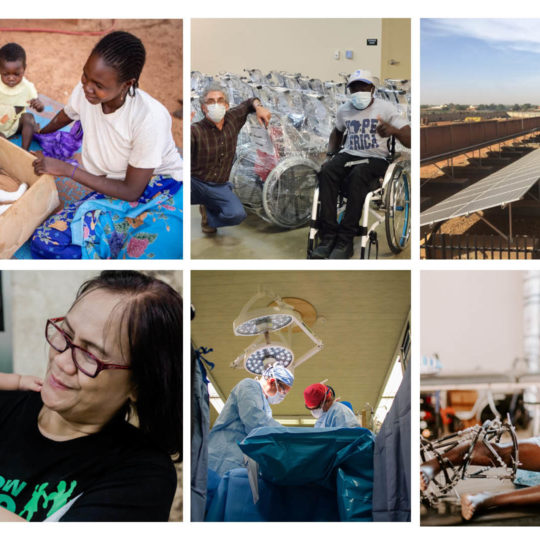 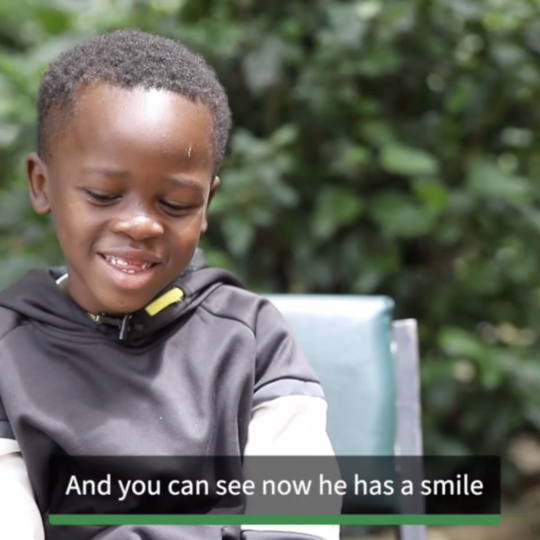