News & Stories Going, even when the map is red

Going, even when the map is red

The U.K. Foreign & Commonwealth Office publishes a tri-colored travel safety map for most countries in the world. The areas in green mean you’re good to go. The office urges caution in the yellow regions and red regions can be summarized by “just don’t go there.”

The maps are intended for citizens of the U.K., but are available to anyone with an Internet connection and are useful for everyone. The one for us in Niger looks a little ominous with about 80 percent of the country solidly red. CURE Niger is located in the capital city of Niamey, which is in the southwest corner of the country. Niamey is in a yellow zone, but there is nothing to fear other than an odd protest or two. By no means do our in-country staff walk around in fear. Life goes on as usual. People shop in markets. They go out to restaurants and visit both friends and family. People smile, laugh, and have no need to fear for their lives.

Now, the same cannot be said for the rest of the country. Certain regions are red for a reason. The U.S. Department of State has travel warnings out for Niger due to terrorist activity by groups such as Boko Haram, al-Qaeda in the Lands of the Islamic Maghreb (AQIM), and the self-proclaimed Islamic State West Africa. For most non-government organizations (NGOs) and private charities, these red regions are simply no-go areas. 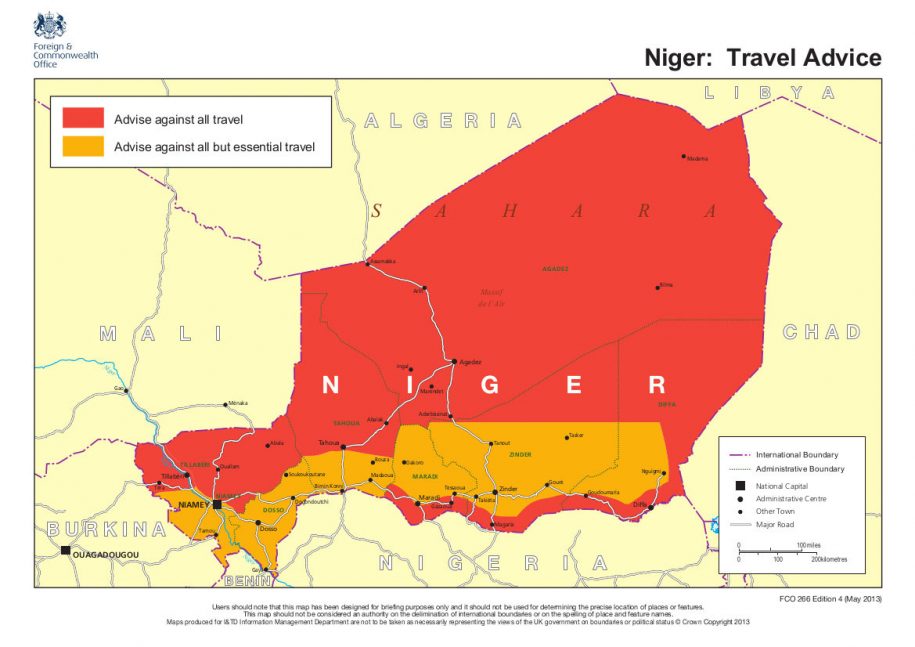 The problem is that there are men, women, boys, and girls in these areas that need to hear the gospel. There are also people who are needlessly struggling through life with curable disabilities. People like Abdoul who burned his hand on a red hot coal that had fallen out of his family’s cooking fire. Abdoul’s family knew about CURE Niger, but with Boko Haram being active in their area, traveling wasn’t an option. Traveling to our hospital in search of healing could have cost them their life. So, they waited. Thankfully, the tides turned against Boko Haram around Abdoul’s village, and he was able to travel and get the healing he needed to use his hand again. But for every success story like Abdoul’s, there are hundreds, if not thousands, of future patients in these red areas waiting to hear the good news and the healing that CURE offers. 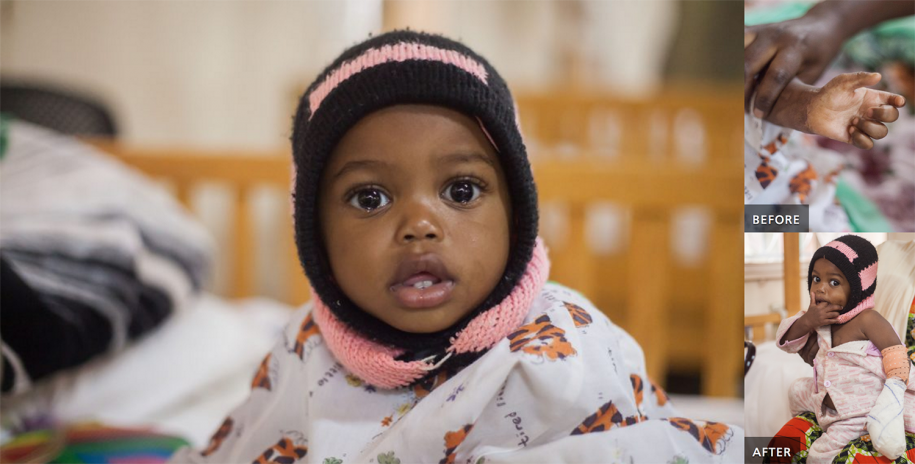 You see, when Jesus commanded his followers to go out, preach the good news, and heal the sick, he didn’t make it a conditional statement. He didn’t say, “Go out and proclaim the kingdom of God and heal the sick as long as you’re safe.” He didn’t command, “Go to the nations that don’t have red on the travel maps.” He just said to go, and to go to all nations. So, we’re going. 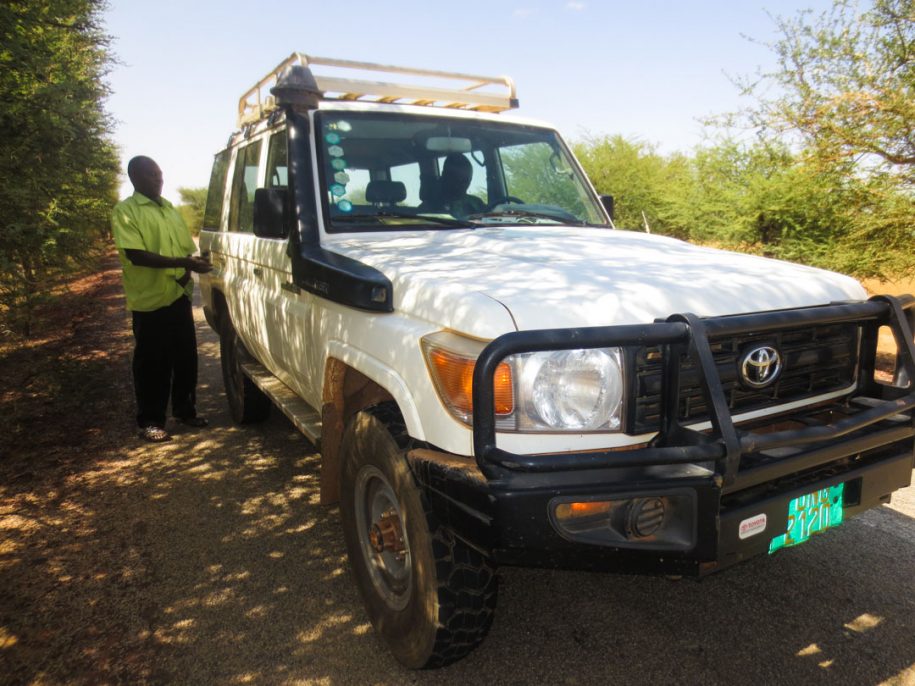 Recently, we were finally granted government permission to conduct one of our outreach clinics in the eastern Tillaberi region of Niger, along the Mali border: a solidly red region of Niger. 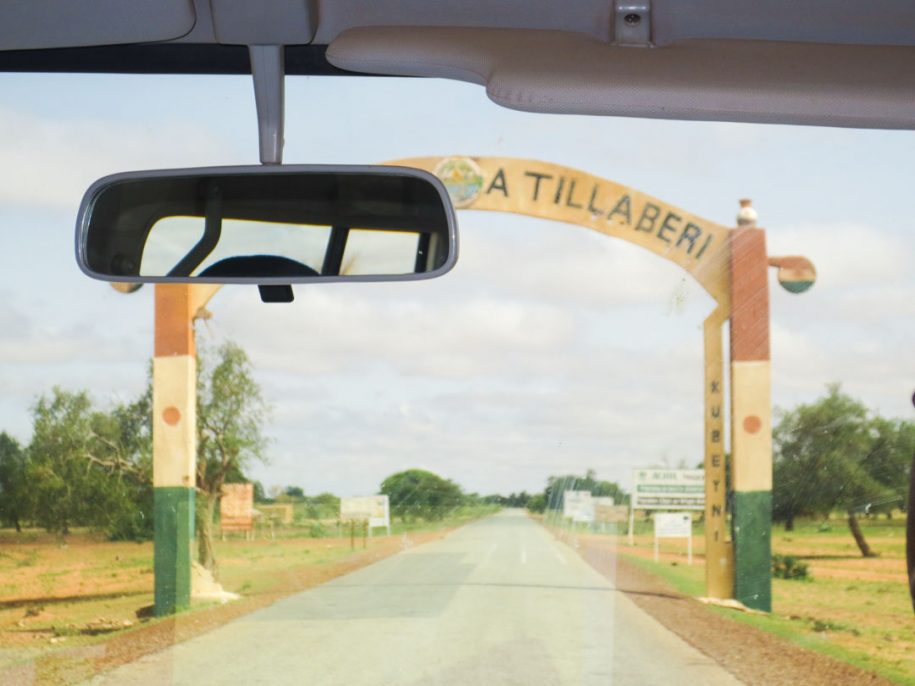 We sent a team of four out: a driver, our physical therapist, our assistant director, and a member of our spiritual team. The condition of the government was that we had to go with an armed, Army escort. The escort arrived in a pickup truck with two long and outward-facing benches welded into the bed. The soldiers all sat with their legs hanging over the sides of the pickup and their guns slung over various appendages. Photos of them were not allowed.

Our team met with local government officials and tribal leaders, connected with local radio and TV outlets, and met the convening masses as they came to the various small towns for the designated market day—all in a rather unstable region of the country where life continues of for thousands of people regardless of which terrorist group is stirring up trouble. This was an awareness mission, and because of it, hundreds of people—thousands if the radio and TV promoters are to believed—have now heard the messages of hope that CURE offers. 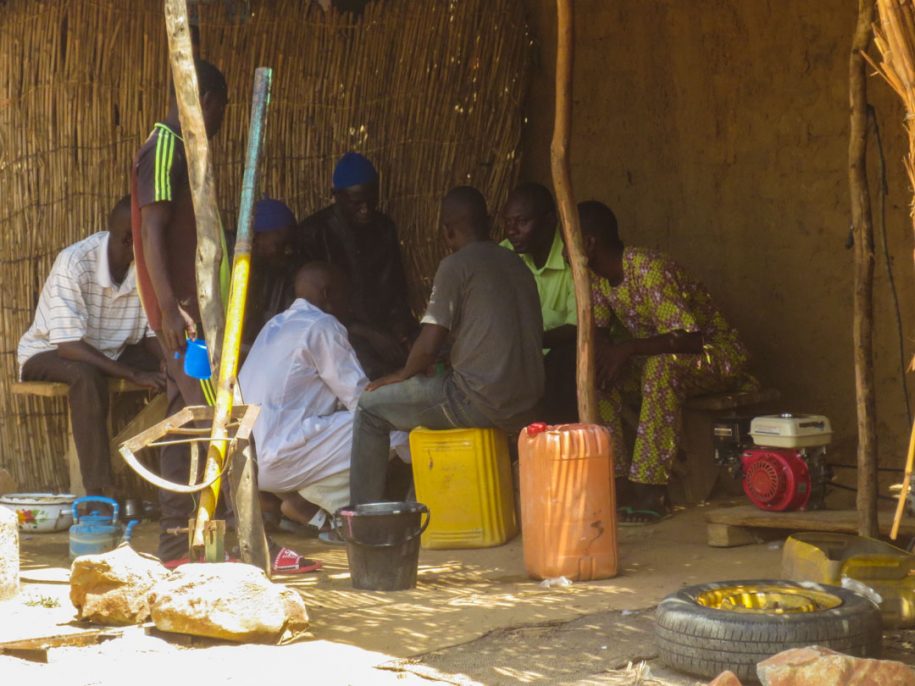 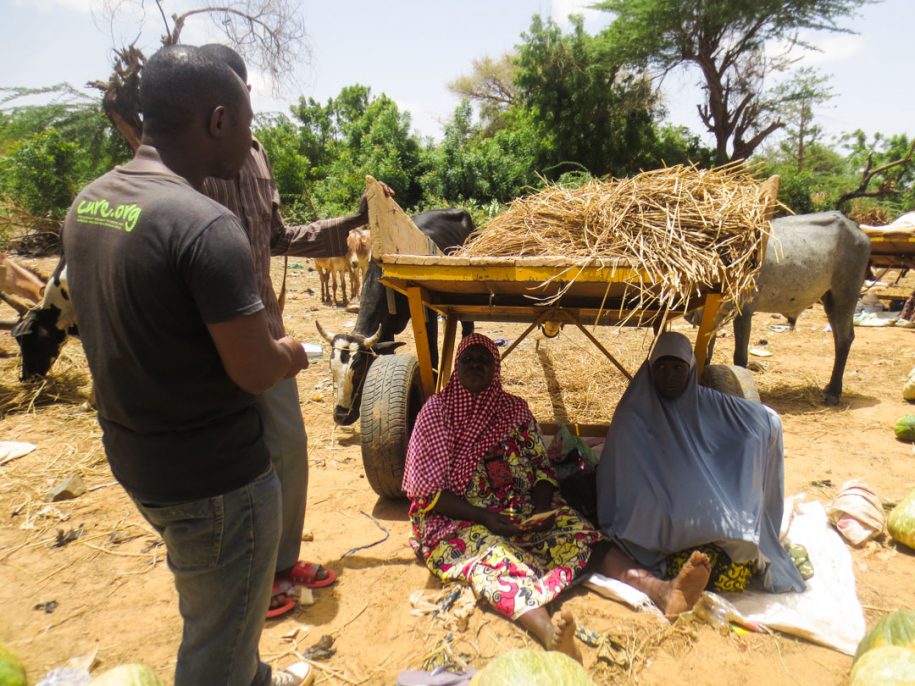 Soon, one of our medical teams will follow up in these same markets and towns to actually see patients and put into motion their journey of healing. We will schedule surgeries, and, in some cases, arrange transportation. God has laid it on our hearts to see the sick healed and to see the ones marginalized by society loved. We believe that healing changes everything. 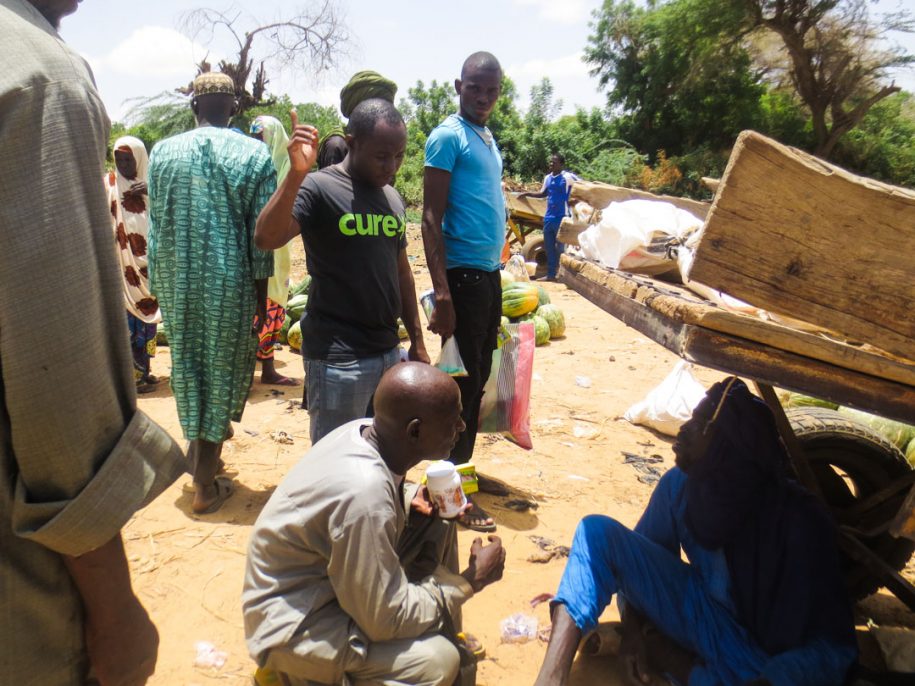 These outreach missions have varying levels of safety depending on who you listen to, but we at CURE Niger have been blessed to have never had an incident. If something were to happen on one of these outreaches, we firmly believe that it doesn’t reflect a lack of blessing from God, but a sign that we are needed all that much more. God has never called us to live safe life, but one that reflects our position as sons and daughters of Christ, as well as brothers and sisters to the people living day-to-day in these volatile regions.