Last Friday we had a going away party for former Malawi Executive Director Rob Brown and his family! It was quite a touching day, with much laughter and many tears. We’ll miss Rob and his family deeply, but look forward to seeing what God leads him and his family to do next! 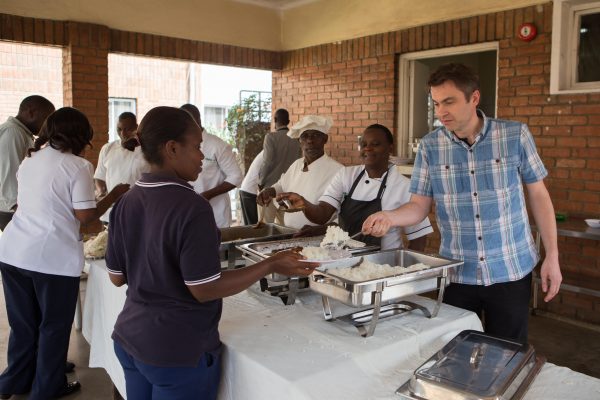 Rob helped serve the lunch to the staff as part of his going away party – even on his special day he was demonstrating his servant’s heart! 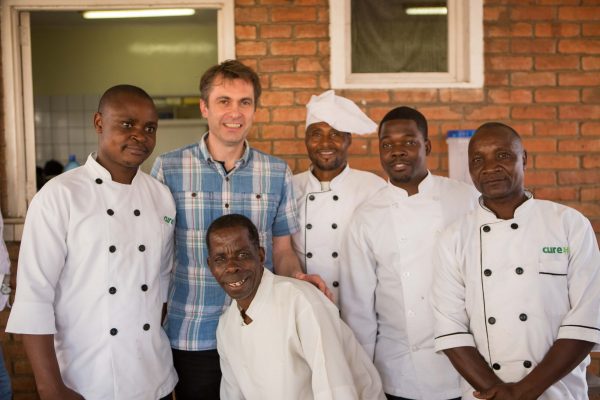 Rob poses with our amazing kitchen staff who prepared our lunch – and all the other meals for the hospital all the time! 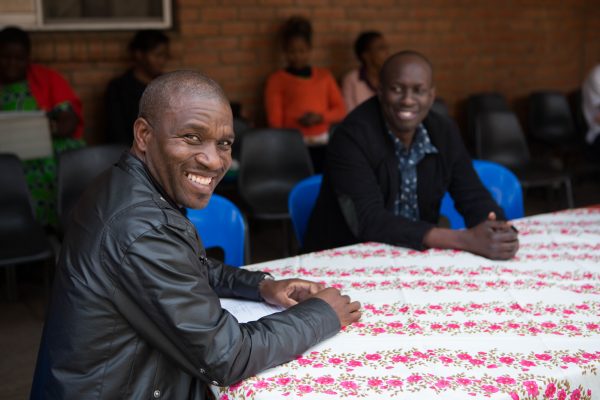 Spiritual Director Jimmy and Peter Kyalo smile for a photo! 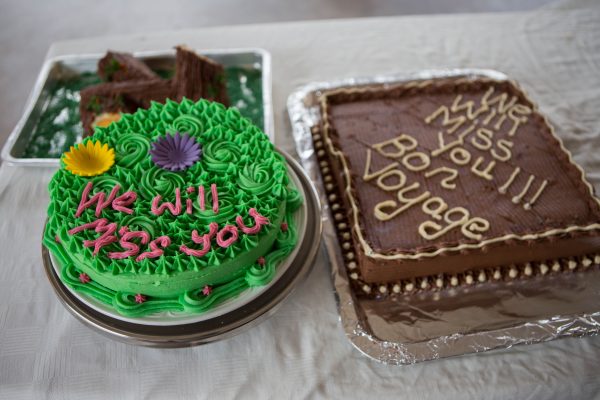 The Browns’ delicious going away cakes! 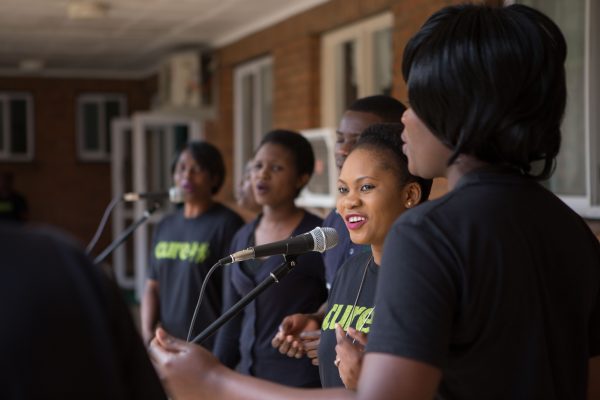 The praise team sings some songs of praise and worship for Rob’s goodbye party. 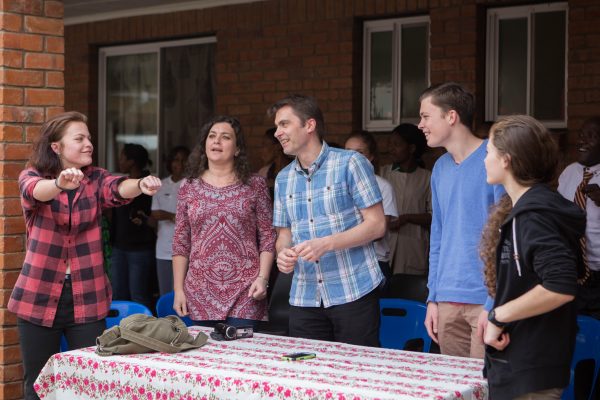 The Brown family sings and dances along while the praise team sings Rob’s favorite Chichewa songs. 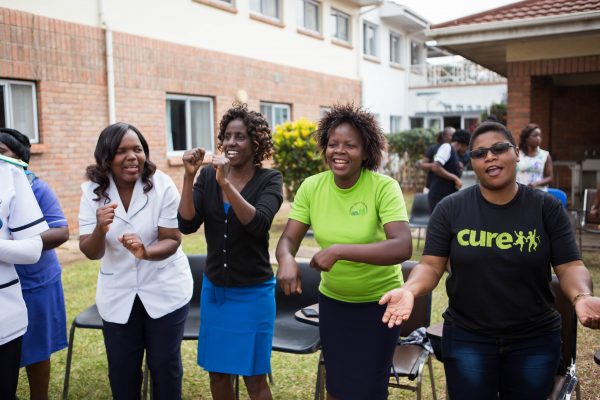 In Malawi, it’s not a party if there’s not dancing!

Our four morning devotion groups each did something special to say goodbye to Rob and his family! 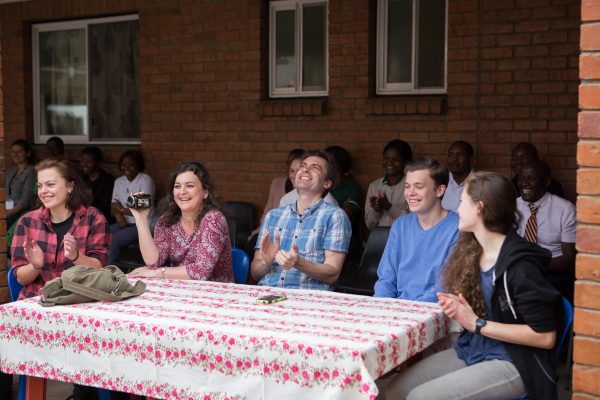 The Ameca devotion group did some hilarious skits about Rob and his family as a farewell. 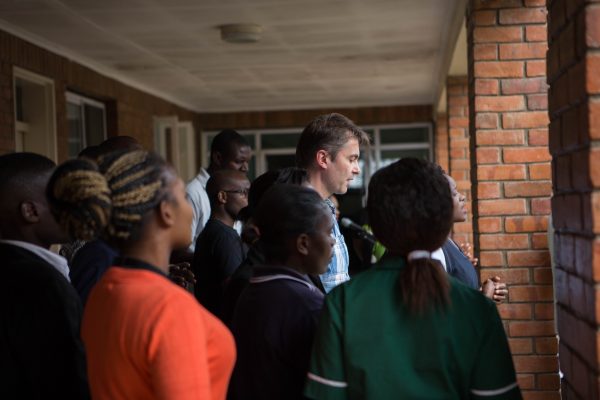 Rob is invited to sing along with the Antioch devotion group as they sang “How Wonderful is Your Name Oh Lord”, his favorite song. 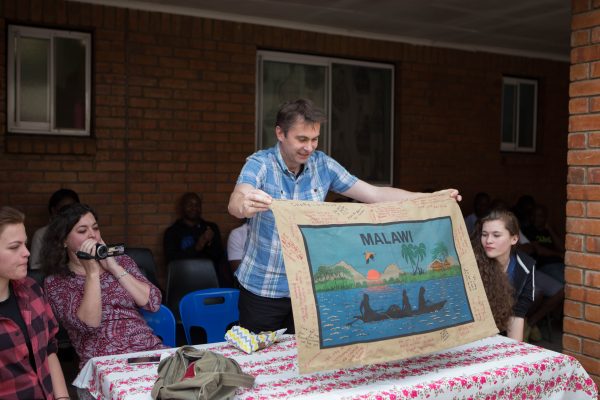 Chapel devotion group presented a picture of Lake Malawi that everyone in the group signed! 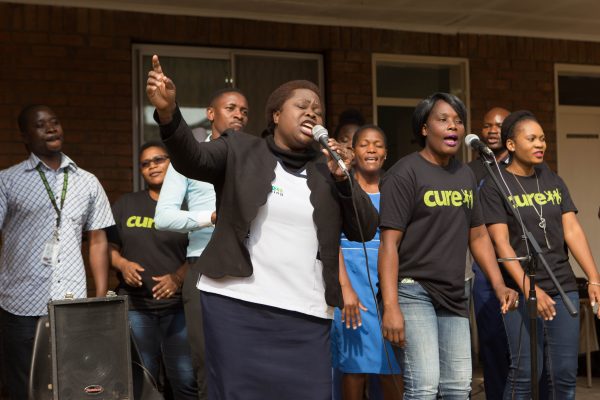 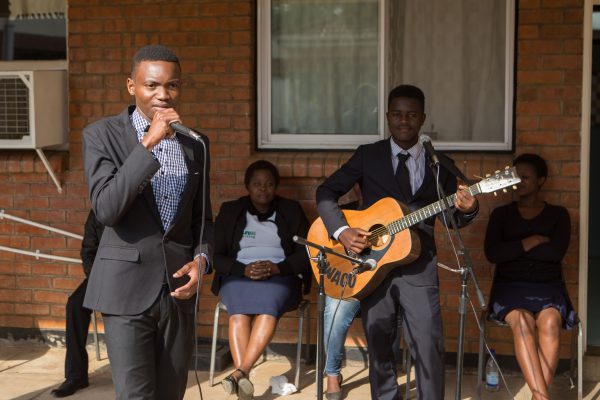 Francis, who interned with CURE for 8 months, sang a song with his friend as a farewell gift to Rob. 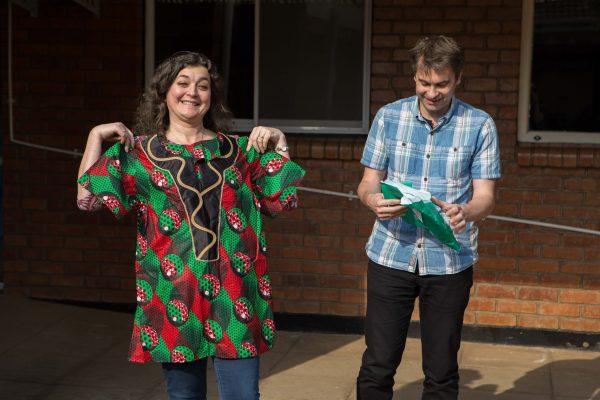 Davina models a chitenge shirt the hospital staff gave her as a thank you. 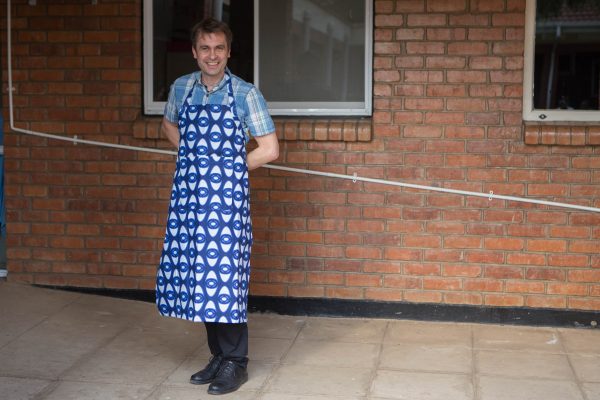 The Ameca Café presented Rob and Davina with matching aprons! 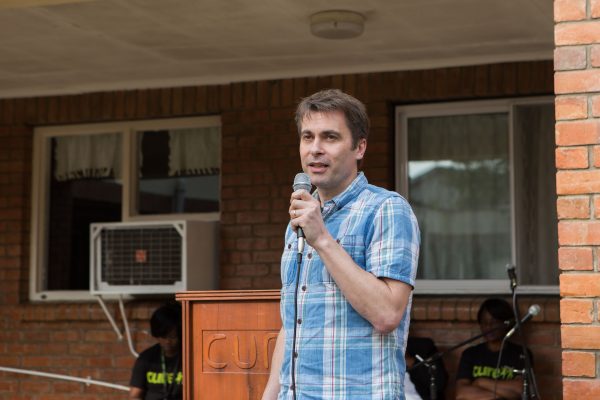 Rob says his final goodbyes to the hospital staff. 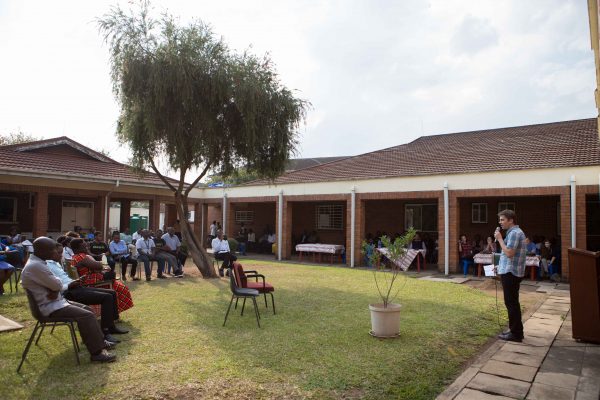 We met in the courtyard so there would be enough space for the party. Here Rob gives one last speech. 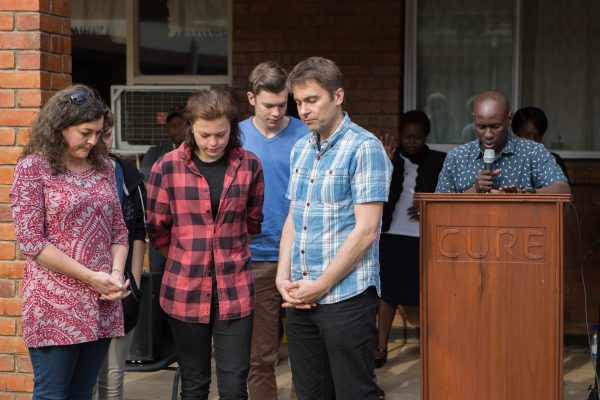 Peter Kyalo says a prayer over the Brown family. 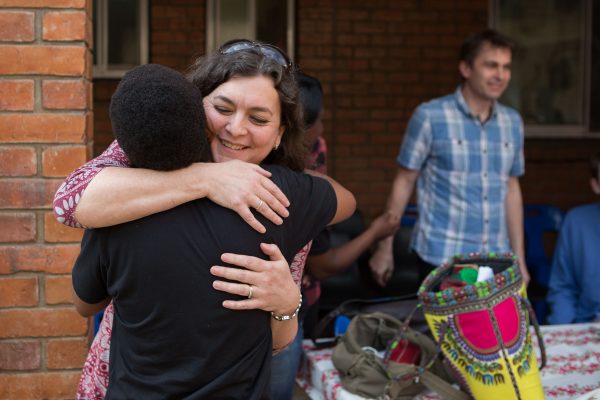 There were a lot of hugs afterwards! 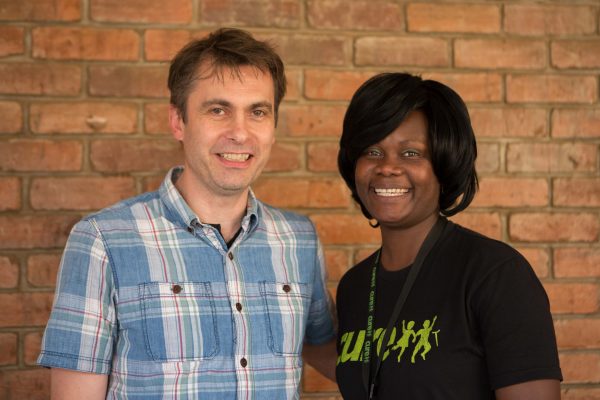 Rob and Sungi pose for a photo. Sungi’s speech was the one that got everyone crying! She’s worked as Rob’s secretary for quite a while and thanked him for being such a great encourager to her and others. 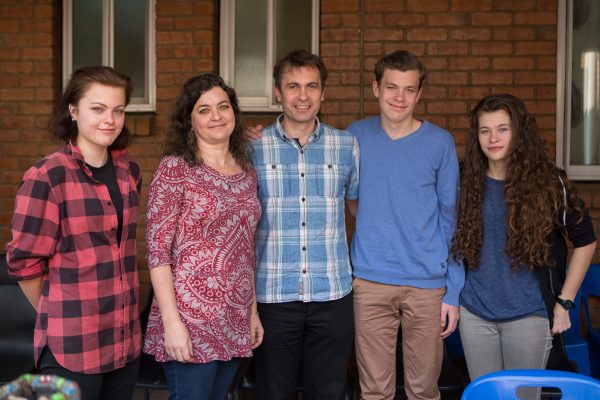 Davina and Rob pose with their kids.

We’re going to miss them so much and we are so grateful for all the good things they’ve done for our hospital! Please be praying that God will bless them as they return to the UK after being in Malawi for 10 years and at CURE for 4 of those!