Mr. Pedro with the box of pastries

Pedro and his smile that welcomes families on Thursdays.


On Thursday mornings, I meet old and new CUREkids for our charity clinic. The ones whom I’ve seen before scream, “Ate Kiiiiim!!!” This is a prolonged way of saying that I am now one of their big sisters. In return, I give high fives to the kids and little squeezes on the cheeks to the tiny irresistible cuties. I also make my way to the parents, shaking their hands and giving them pats on their backs for bringing their kids back, despite their terrible commute with casts on. If it’s not obvious yet, physical gesture is a very common greeting language in the Filipino culture. It’s how you welcome people in.

Some mornings though, I miss offering one particular parent a regular hand shake: Mr. Pedro. Although we walk by each other, he can only nod his head and say, “Hi Ma’am Kim” because his hands are full as he carries a box of pastries. He joyfully hands out bread and muffins paired with a huge smile on his face to families whom he’s never met before.

I think to myself, “Was he asked to do that?”

I curiously watch Pedro interact with the patients. He has so much joy! Remembering which group he came with, I follow him back to his friends as he tags along with Seeds of Dignity—a local missionary group that serves to transport and follow up with our CUREkids. It is one of the many things they do for the community. 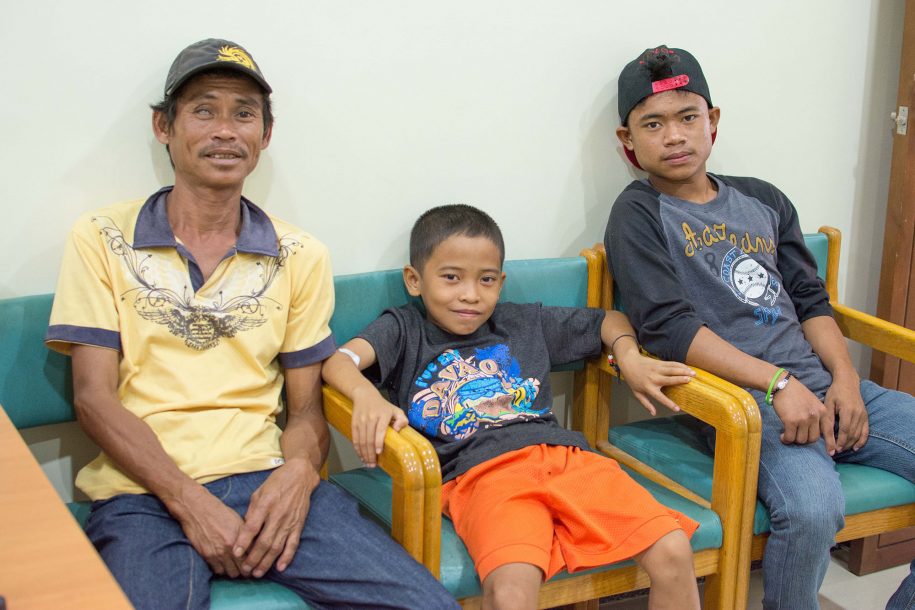 Pedro smiles with his kids during the start of Ben and Dexter’s healing as they wait in the admissions office.

Pedro is a father to five children, which includes Dexter and Ben. Both recently had surgeries at Tebow CURE.

“I met you guys at a mobile clinic and never realized that years after Dexter and Ben’s accidents, they would get proper treatment. I never really thought that they would have surgery because of financial constraint. I just knew there was a free clinic, so I am really thankful that they had surgery,” says Pedro in the few words he could gather as we started to chat.

Since he’s taken more than 20 trips to the hospital, Pedro has gotten the routine down from start to finish. Many families have never been on a bus.

“Some people get scared with the driver and he helps them out. He testifies to the patients about the care that they receive. Others think that they are left by themselves after surgery, and he speaks out about the quality of care that they experience,” shares Girlie, one of the Seeds of Dignity staff who gets to spend time with Pedro and his family on a regular basis.

Hanging out in the hallway, Pedro continues to gather words to fill in the silence and says, “I really have no words to say and explain how I feel. I am just thankful. Even in small things, I want to help because of the big thing that I have been helped with (through Dexter and Ben’s surgeries).” 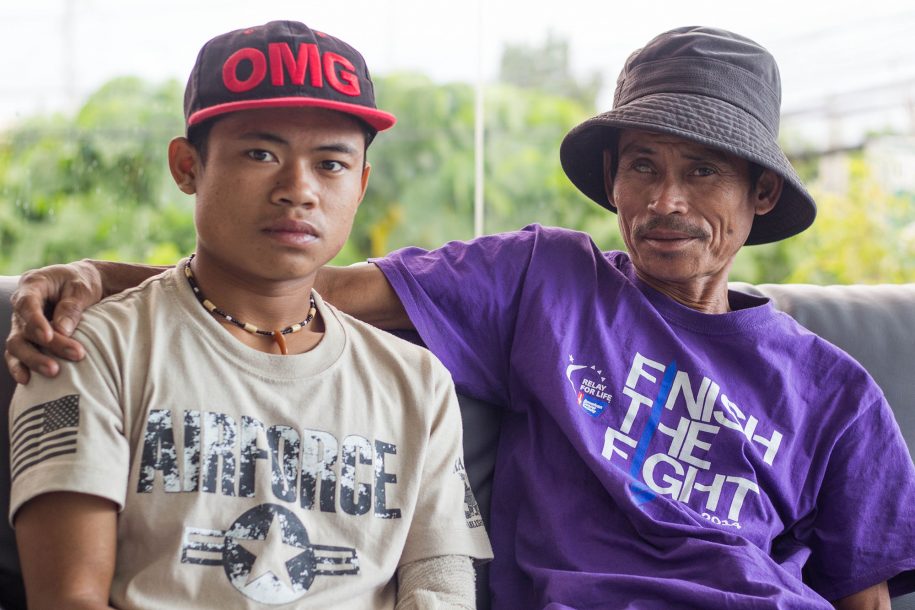 Even at the final stage of Dexter’s follow-up, Pedro is still present.

In his wise words, he proceeds to say, “There’s a way to survive; there will be a time that help will come. There are times that we don’t think that goodness will come, but truly, this is the greatest good that came to me.”

Pedro continues to show his love and gratitude in any way he can because of the ways he experiences our Heavenly Father’s generosity here at CURE. We never doubted that Pedro is a great dad, but Dexter confirms it as he says, “We are really loved by my Papa. We never go hungry and he tries to provide for us, his family. One day, I’ll raise my kids like him.”

It’s amazing to see Pedro and his heart full of gratitude as he pays it forward by serving others. He keeps saying that he doesn’t have many words to say, but through the moments of silence, his actions loudly speak as to the important role a father plays at home and in the community.