Pamela, Psalm’s mom, has prayed for her son’s healing for many years. This is my interview with her about their life long journey with their son Psalm. The text has been edited for clarity.

When I gave birth to Psalm, the pediatrician noticed he had short extremities and a short torso compared to other Filipino children. As he grew, we noticed that he was significantly shorter than other growing children of his age. When we had the opportunity to bring him to Manila, we consulted a pediatric endocrinologist, and Psalm underwent a skeletal survey and cranial ultrasound.

After those tests, the doctor said Psalm had skeletal dysplasia and needed an experimental growth hormone injection to support his growth. Also, Psalm had mild hydrocephalus. It was the saddest and scariest news I ever heard. Psalm was 14 months old at that time. We were advised to travel to Manila every six months so the doctor could monitor him and determine whether or not Psalm was ready for growth hormone injections, which were still under study to some patients.

We went home with broken hearts, but one day, a man of God prayed for Psalm’s healing. Six months later, the endocrinologist said Psalm was no longer a hydrocephalic baby. The water in his brain couldn’t be seen anymore, but we still needed to come back in two years to get ready for his growth hormone injection. We were given an estimated cost of P18,000.00 per injection per month for a minimum of 6 months. The duration of the growth hormone therapy would depend on how Psalm’s body was reacting to it. Two years later, the doctor said the hormone was still not available, and we would need to wait another two years to obtain it.

Our family couldn’t cope with the cost of the injection at that time. So, we looked for some means to save money. I worked as a teacher, and my husband was a worship leader at our local church. With the minimum rate we were saving, our income was only good for our daily living. One day, a job offer came to my husband to go to Canada to work as glass installer. Thinking that it was God’s answer to our prayer for Psalm’s injection needs, my husband worked out all pertinent documents and got ready to go at anytime.

Shortly after that time, our church went through some significant changes. My husband would need to stay as the Pastor, or else the church would be dissolved. Now, we were in a dilemma: go abroad to save money for Psalm, or be the leaders of our church and let God take care of Psalm’s needs.

We cried out to God for help. It was one of the toughest decisions we would ever make.

One night, while I was washing dishes, I overheard on the news that Tim Tebow, a famous football player, would be coming back to Davao to build a hospital specializing in children’s medical needs with bone problems. Then, the Holy Spirit began to tell me, “That hospital is the answer to Psalm’s needs.” Upon hearing it, I disagreed. I said, “That is a bone hospital, and Psalm needs a hormone injection.” 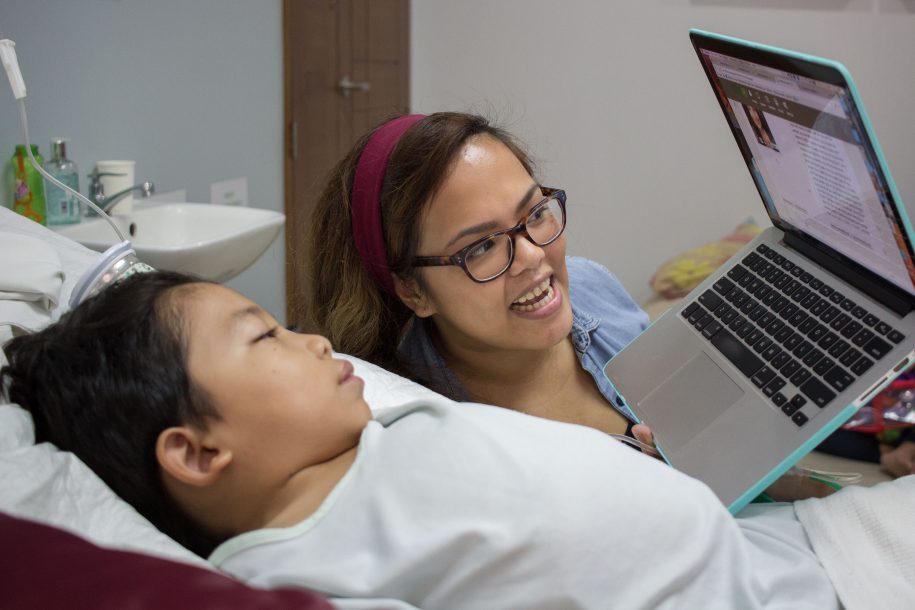 With our faith in God, my husband did not go to Canada, but instead accepted the challenge of being the Pastor of our church. We believed that God would supply our needs for the injections, or make a miracle of growing him even without injections. When Psalm was ready to go to school, I was afraid of the ridicules, hurts, and insults he would experience because of his lack of growth. I am thankful to God that he was loved by his teachers and classmates. In the mall, people would stare at him and he would be shy, but he was so secured by the love of our family, friends, and church family. He grew up as a jolly, smart kid.

Two years later, we went to Manila to see the doctor. Finally, she said the test for hormone therapy to other children was not successful, and we would need to wait for another possible treatment under study. It was very discouraging news, but we held onto God for His comfort, peace, and perfect timing.

When Psalm was 5 years old, I gave birth to our third child. This time, the baby had down syndrome. As a mother, I no longer knew what to do and what to prioritize. We had a need that had not yet been met and another need had come. So, I said, “Lord have your way in the life of my children.” 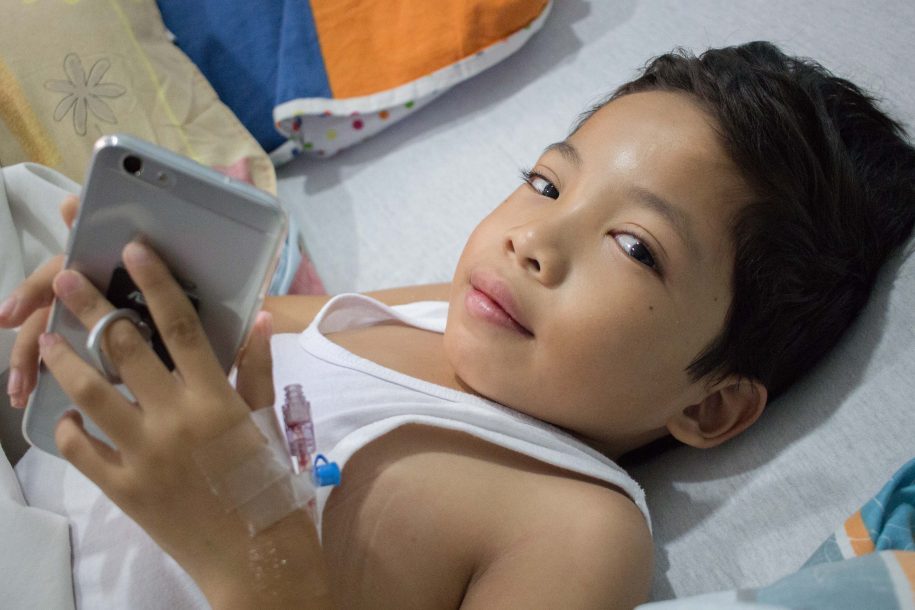 When Psalm was 9 years old, we visited an old missionary friend from America who had been coming back to the Philippines since before my husband and I were married. His name was Johnny Ramantanin. He noticed Psalm and said he knew people in Davao (Leron and Christine Leyman) who were part of Tebow CURE, a hospital for children with bone problems. Further, he said that he was travelling to Davao the next day to meet them. Oh, my heart just jumped! I was reminded of the word of the Holy Spirit while washing dishes.

When we went to Tebow CURE Hospital, we were warmly welcomed by the team. We also met Dr. Tim Mead. He ordered an X-ray and found that Psalm had severe scoliosis. Dr Tim talked to us about his experiences with children having the same problem. He said we would need to come every six months until it was time to perform the surgery.

Two years later, Dr. Tim said it was time to do it. We were referred to the social worker to get a schedule, and then we were given a slot for November 16, 2016. Tears ran down on my face. I saw God’s hand working in the life of my son. God reminded me that He was about to answer the prayer that my heart ever longed for. 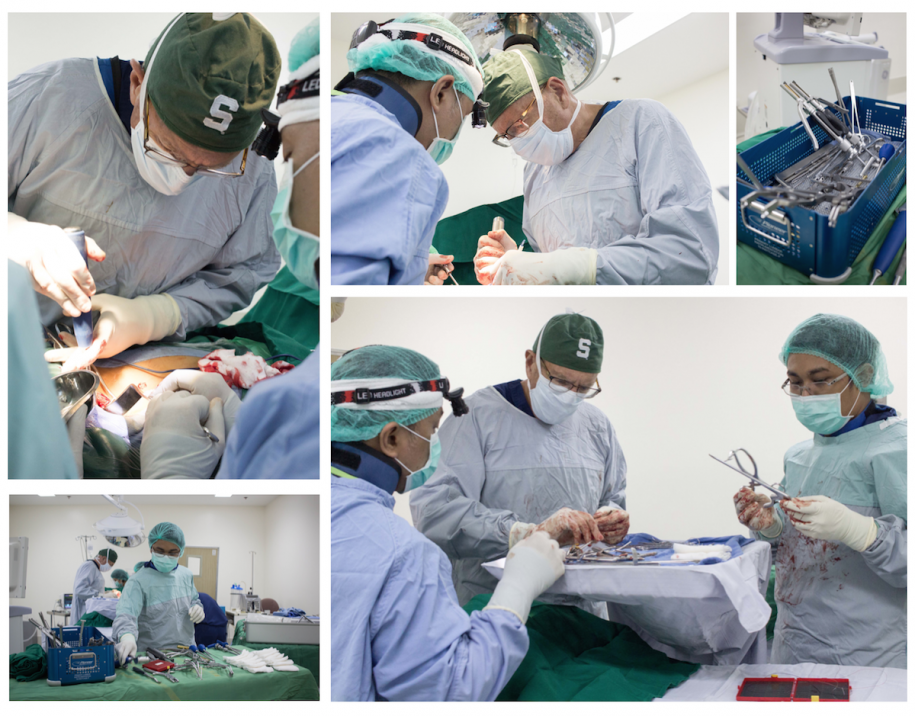 As a selfless mother, I learned to give all for my children. For 11 years, since Psalm was born, I prayed, “Lord, today is my birthday, but I will never ask for anything. Only please heal my son as my birthday present.” That, I have been praying since God gave me Psalm and entrusted him to my care. My birthday is November 14, and God ordained November 16 for Psalm’s surgery. I do not believe that it was a coincidence; it was God’s answer to my prayer.

On November 15, 2016, we went to Tebow CURE Hospital for admission. We had mixed emotions, but the staff helped ease our feelings. Their prayers, smiles, touch, and encouraging words helped us send Psalm to the operating room the following day. I sensed the presence of God in the hospital, too.

Today, Psalm is carrying God’s miracle wherever he goes, and Tebow CURE was God’s hand in making it possible. We will be forever thankful to God, to the Tebow family, the supporters of CURE, the administrators and staff, Dr. Mead, Sir Leron, and Maam Christine.

To God be all the glory and honor!