My CURE trip: How God made a way An adorable baby being treated using the Ponsetti casting method.


This post was written by Hannah Clark, who is a member of the CURE U chapter at  Appalachian State University in North Carolina. She served on a CURE U trip to Dominican Republic.

I will go before you and will level the mountains; I will break down gates of bronze and cut through bars of iron. I will give you hidden treasures, riches stored in secret places, so that you may know that I am the Lord, the God of Israel, who summons you by name. – Isaiah 45:2-3 (NIV) 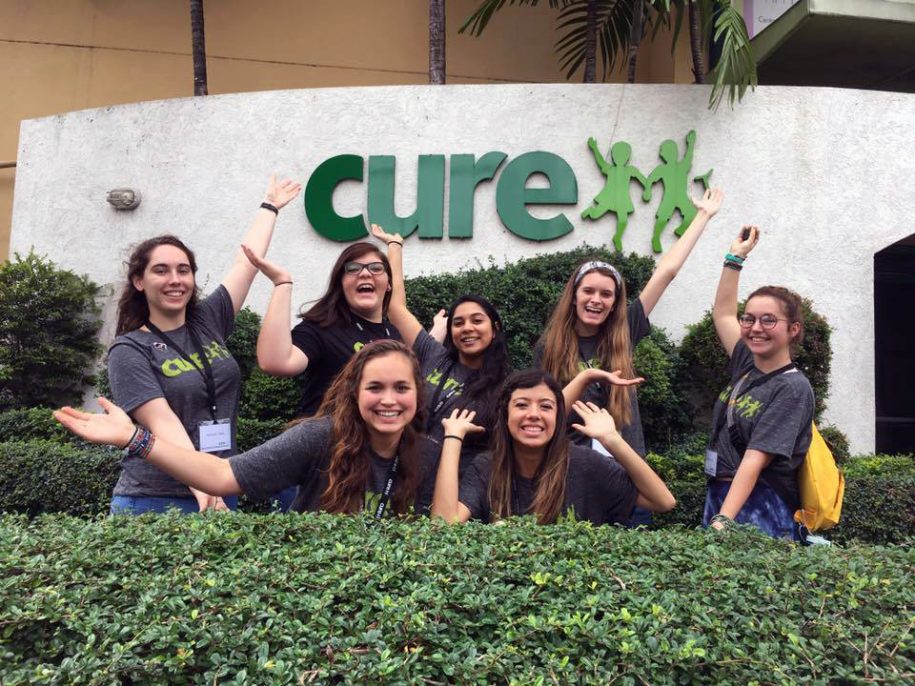 Our first day at the CURE hospital in the Dominican Republic.

God leveled the mountain of language.

The waiting room was packed full of people who looked and sounded different than me. I was a white, English-speaking American in a crowd of Spanish-speaking Dominicans. It was my job to comfort them and their children as they waited to see the doctor or go in for surgery. Many barriers would have to be conquered in order to be successful. Having expressed language as a concern of mine, a teammate reminded me of the universal language: love.

I approached the first family I saw with a warm smile and comfortable body language. Sheepishly, I used the little Spanish I knew, asked their names, and made a point to memorize and correctly pronounce each one. Nothing makes me feel more welcome than someone taking the time to remember my name.

I sat down with the family, so I was not standing over them. I shifted my focus to a little boy with a cast on his leg who was awaiting surgery. His name was Melvin. Paying extra attention to my gestures, I relied heavily on body language to communicate with this little boy. I offered him coloring sheets and bubbles, which he enthusiastically accepted. His parents watched with smiles on their faces as I took their son’s mind off his imminent surgery. Again, using the little Spanish I knew, I learned Melvin was eight years old. His favorite color was blue and his favorite animal was a dolphin. 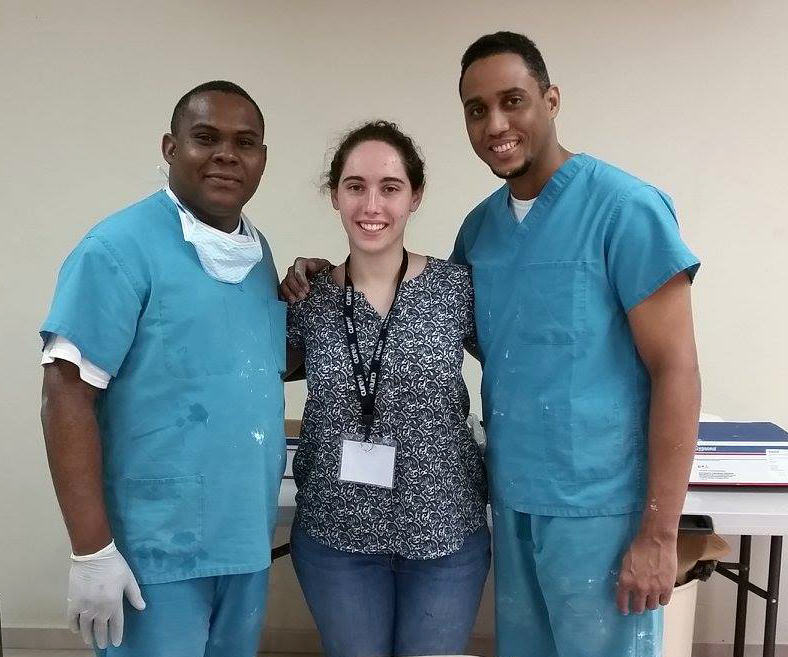 With the help of a translator, Melvin told me that he would be in the hospital all week. He wanted me to see him after surgery. Unfortunately, due to a severe infection in his leg, I was not allowed in his room after surgery. However, I saw his family throughout the week and asked them to tell him that I said, “Hello,” and that I was praying for him. At the end of the week, I made him a card and had it translated. In the card, I expressed how special and strong he was, and how he had helped me open up to others with his friendliness and patience. I told him I would not forget him, and that he would be in my prayers, even when I returned to the United States. I thanked him for being my first friend in the Dominican Republic (DR).

Our first day serving in the hospital was full of experiences much like this one. My teammates and I divided up, and we made an effort to reach each kid in the waiting room that day. In return, each kid touched our hearts in one way or another. Special bonds were formed, and barriers were overcome that we feared would hold us back—whether it be language, culture, fear, or anything else.

Throughout my time serving in the DR, God reminded me that no barrier is too great for Him. All I had to do was trust in Him and follow His lead. God used children like Melvin to remove the barrier of fear I placed upon myself. At first, I was afraid to try to use the little Spanish I knew for fear of mispronunciation, poor diction, and incoherence. God used the translators, my Spanish-speaking teammates, the English-speaking hospital staff, and grace from people who listened to me babble out a poorly, self-translated sentence to overcome the language barrier throughout the trip. 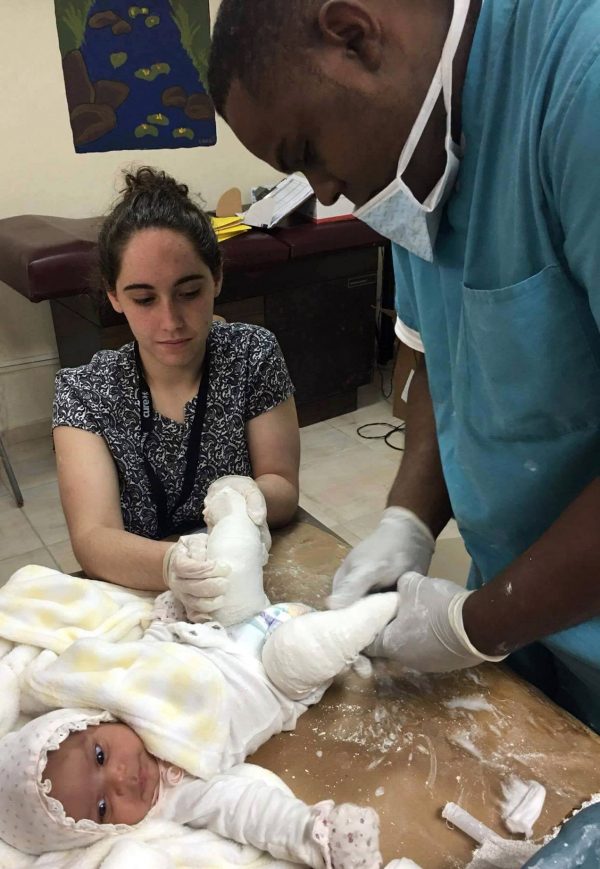 Lucas and I casting on a one-month-old baby.

God cut through bars of apprehension.

Initially, I was very wary of short-term international missions. Oftentimes, it appears that short-term missions benefit the people who go to help, not the people they are helping. Short-term missions have a tendency to provide a short-term solution to a long-term problem. For example, people go to foreign countries and build schools, churches, and houses, which is great, and I am not saying this is wrong, but did the mission leaders consider paying locals in desperate need of work to build the structure? How much more could be done with the money spent on travel, purified water, vaccines, etc., if it had just been used in a different way? For reasons like this, I have been very skeptical about these trips. The last thing I want to participate in is “voluntourism” which causes more harm than good. I am not going to help to make myself feel better if I go. I am going to further God’s kingdom and share His love.

CURE is part of the “Standard of Excellence” for sustainable, short-term missions. While the trip helped me grow in my faith and benefited me tremendously, I can confidently say that the positive reports I have shared came from the locals we ministered to. Members of the hospital staff have offered me free housing and food for “when I come back.” I am researching and preparing to earn new certifications to make myself more useful if/when I return. It is important we remain critical of ourselves when dealing with short-term intentional missions. This trip was a beautiful, impactful, learning, relationship-building experience. I am so incredibly blessed for my newfound family in the Dominican Republic.