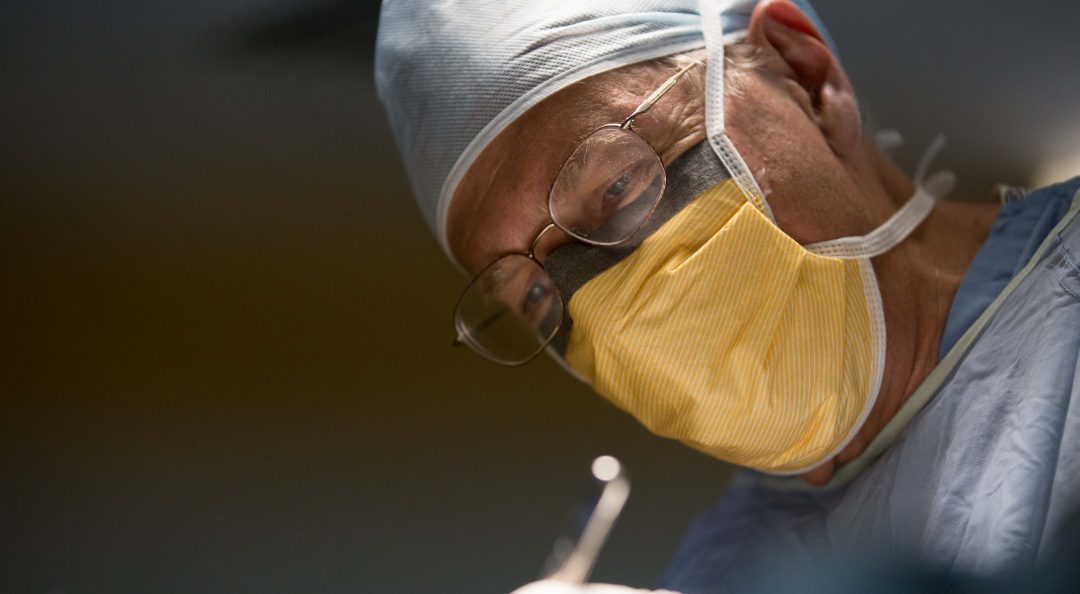 Mead Minutes: God of the impossible

Bonjour! Early in the mornings, a cool breeze blows in Niamey, Niger. The horizon has a brownish tint as the dust rises to shift position. People gather around small, charcoal fires preparing their morning tea or coffee. Soon, the sun will climb higher in the sky. The temperatures will soar up into the mid 90s. I have been told this weather is unusually cool. I remember my last trip to Niamey when the temperatures roared past 100 degrees baking the ground and chasing people to shelter.

CURE in Niamey is unique and similar to CURE hospitals in other countries. CURE Niger is unique in its location in west Africa. The culture of Niger is different from eastern and southern Africa. The dominant language is French with a mixture of various tribal dialects. Arabic is spoken as well. English is also a common language in Niger. Seek someone who can speak English to assist with directions, and you will meet many people. 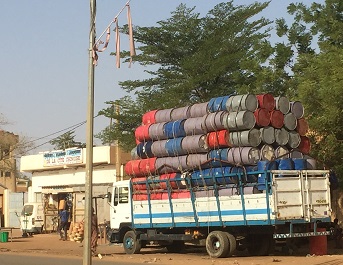 Niamey, Niger is similar to other CURE hospitals where children are provided emotional, spiritual, and physical care. The angular deformities, neglected club feet, cleft lips and palates, poorly treated fractures and burns, and congenital deformities are common to the developing world. Skills learned at one CURE hospital easily transfer to another.

The needs of children with disabilities and their families are great in the countries in which CURE serves.  Economic development lags way behind. “Handicap-accessible” is only a dream in most places. Education is not readily available even to all physically fit children, let alone someone who cannot walk to school.

As I was walking along the road one day, I saw a young man in his twenties riding a three-wheeled bike. This bike is one that is powered by the hands and arms; his legs looked like small sticks from loss of function. Imagine riding a vehicle utilizing such rough paths. The dust is often several inches—and in some places a foot—deep giving you major challenges. This man’s arms were massive, as you might expect, but what if he got stuck? He would have to dismount, scoot along the ground, and pull the bike free. Then, he would need to pull himself back up to the seat to resume travel. Wow! But then, think of all those who do not have a bike such as this one. What do they do? 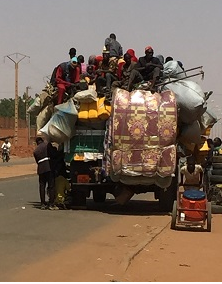 Later, I encountered the answer. A young teen was hopping along from hands to buttock dragging his contracted lower extremities along. Could surgery “fix” him and allow him to walk? Most likely not because the deformities are too advanced. But a wheelchair or tricycle would give him some greater independence and self respect. Fat tires that do not easily puncture would be best. Simplicity of design that can allow repair with simple tools is a must. Rough endurance is valuable as the machine faces the challenges of paths and rocks instead of smooth sidewalks and roads.

Missions have been founded to provide such vehicles for those in need. All too often, though, countries apply heavy, custom duties on imports even though the chairs are to be given away. Shipping costs are high. Partners are needed in country to assist in the evaluation of patients and fitting of chairs and bikes. A three-wheeled bike is of little value to a child or an adult with poor sitting balance or weak, upper body strength.

Creating a locally-made product at an affordable cost is the best solution. Even here, you can discover major challenges. Parts may be difficult to obtain. If you must import some parts, duties and supply chain issues raise their ugly head once again. Skilled fabricators must be trained, and there needs to be a plan to pay them a competitive wage for their skills. The workers have bills like everyone else and should be paid. 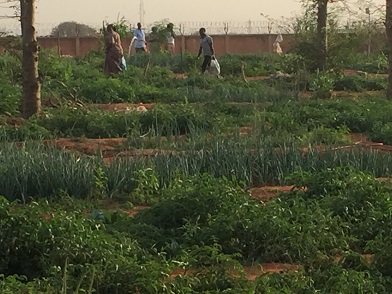 Many NGOs (non-governmental organizations) exist in the developing world. Often their visions intersect each other, but their organizations do not. Independence comes with a price. Yes, you can control your own destiny working alone. But partnering multiplies your effects.

CURE does seek strategic partnerships. Smile Train and CURE work to reach out to children with cleft lips and palates in CURE hospitals. CURE serves as a source of medical care for children with disabilities for local missions in host countries. Mobile clinics join with trained local pastors to serve as platforms to share both grace and truth to the population we serve.

Multiple organizations joining together in an overall common purpose would present a stronger voice to a host country. Families could enter a single network utilizing the different expertise of the various ministries. 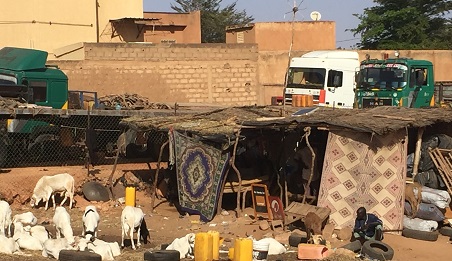 Imagine. Communities reach out to Charity Waters for safe drinking water to eliminate disease and improve the economy. A microfinance group joins in to develop a local system for economic development. Compassion arrives to assist in caring, feeding, and educating the children. CURE brings hope and healing to the disabled of the community. Wheels for the World provides necessary independence through wheelchairs. Vitamin Angels brings nutritional supplements. COSECSA and PACS train national doctors in specialty surgical care. MEDS provides safe, effective drugs at a reasonable cost for doctors to treat those in need. And on and on.

Do not look at the names themselves; many organizations are working diligently in the world. I only used a few that came to mind.

Now imagine multiple organizations sitting at a large table putting aside all ego and politics and frankly exploring how we can all make each other succeed. How can we lever our opportunities, connections, and skills to be a part of a more successful presence in countries where we serve? Could first world governments better serve the people in the host countries by supporting this group’s efforts rather than giving funds to a governmental body? Could our home countries use their influence to remove some of the duty and import restrictions? Could we share and decrease administrative costs? Are we helping people or making a dependent society? Are we efficiently utilizing our resources? Are we focused, or is there costly redundancy of efforts? 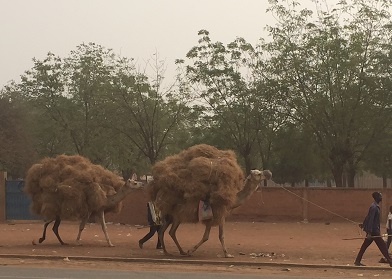 You could not sit down in a single meeting and create a comprehensive plan. I am not that naïve. Putting egos, politics, and power aside would be a major challenge (see my disclaimer above). This vision is likely to be called a “pipe dream” by most, but I ask, “Why not?” We put so much effort into developing our own narrow field of influence. Why not look around and see if we can get help to do more?

In many ways, this vision requires divine intervention. Cooperation among diverse groups is a God-sized vision. But I believe in miracles. Why not? I have witnessed many miracles first hand.

When I first went to Kenya, I had the missionary’s dream to work myself out of a job. This goal is described in some circles as seeking the Holy Grail; many talk about the goal, but few succeed. Was it really possible? Most would and did tell me, no, but I serve the God of the impossible.

I witnessed CURE being a partner in training to young Kenyan doctors for them to become qualified, orthopedic surgeons. I witnessed CURE being a player in creating the first, certified orthopedic residency in Kenya utilizing other missionaries’ visions and efforts of COSECSA (College of Surgeons of Eastern, Central, and Southern Africa), which has internationally recognized and accepted training programs under the auspices of the University of Edinburgh.

In 2011, we sadly, but confidently, left CURE Kenya in the hands of fully trained and talented leader-orthopedic surgeons, and a phenomenal Kenyan CURE staff. Since 2011, CURE Kenya has flourished and is reaching children in grand ways by providing the uniquely integrated emotional, spiritual, and physical care of CURE International. The COSECSA residency continues to train other doctors to maintain and grow CURE Kenya, as well as to enlarge the numbers of trained orthopedic surgeons in Kenya. Moi University and Nairobi University created their own orthopedic training programs utilizing the special skills of CURE Kenya to teach their residents pediatric orthopedic care. 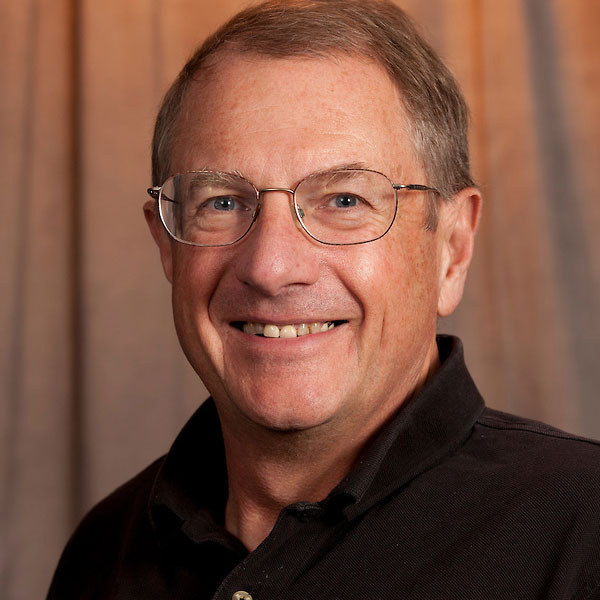 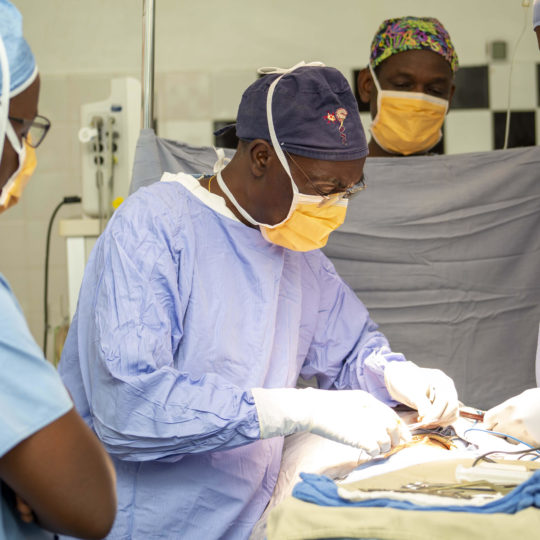