My CURE trip: How big is God? My absolutely perfect team that I couldn't have been more thankful for.


This post was written by Marina Faith Mixon, who is the president of the CURE U chapter at Mercer University in Georgia. She served on a CURE U trip to Dominican Republic.

If there is anything that I have learned in my six years of being a Christ follower, it is that hanging out with Jesus is an unpredictable journey that changes every day, usually by the minute.

Last summer, after fighting with God for months about going on my first international missions trip, He pushed me—rather forcefully—to trust Him and take a leap of faith to serve with CURE in the Philippines.

After I returned home from the best three weeks of my entire life, I dealt with this severe longing to be somewhere I was not, and the discontent in my life was almost unbearable. I prayed every night that God would ease this heartache. Rather than showing me some burning bush to lead the way on His next grand adventure, He gave me a gentle nudge, which was nothing more than a whisper in the wind. He asked me once again to follow His lead. 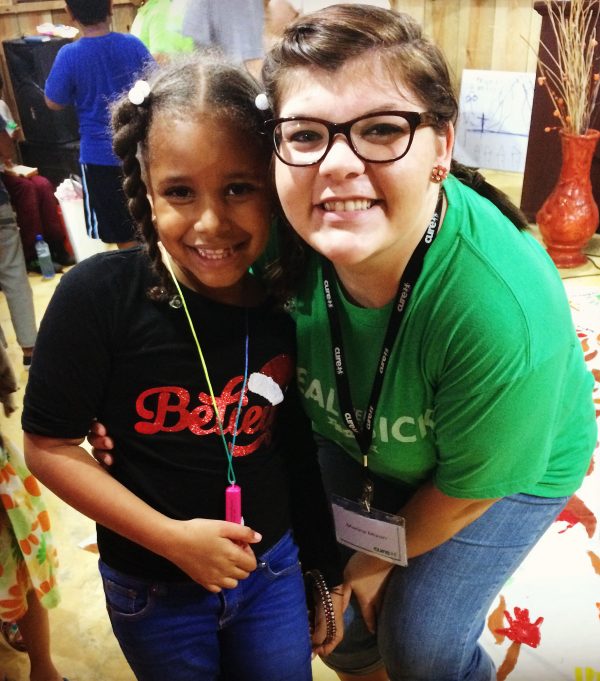 Loving on kids during outreach is one of the best experiences ever!

The night before the application was due, might I add.

I did not believe it would be possible: trying to do fundraising again after having recently returned from a big trip, but God worked it out right before my eyes. He led me to serve with CURE in the Dominican Republic (DR) over Thanksgiving break. Never before have I been so humbled by how much He can do (as opposed to how much my limited mind thinks He can do).

The trip was amazing, unlike anything I could have hoped for, and I will be thankful forever that He gave me the opportunity to serve Him once again with an organization that I love wholeheartedly. I began the trip with very mixed emotions, and honestly, I struggled a lot with comparing it to the Philippines the first few days we were there.

However, I could feel Him gently prodding me to trust Him, open my eyes, and see what else He had to offer. Each day was spent in the CURE hospital, loving on precious children with physical disabilities and reminding them of just how amazing they are, even if they did not always feel like it. Bubbles were the preferred method of entertainment, of course, but stickers never failed to disappoint and neither did balloons.

We played and played until each kid had seen the doctor and been admitted for surgery or had gone home with plans for healing. At the end of each day, I left feeling more fulfilled than the day before, knowing all of these kids were so precious and loved by their Creator. How blessed I was to be loving on them, too. 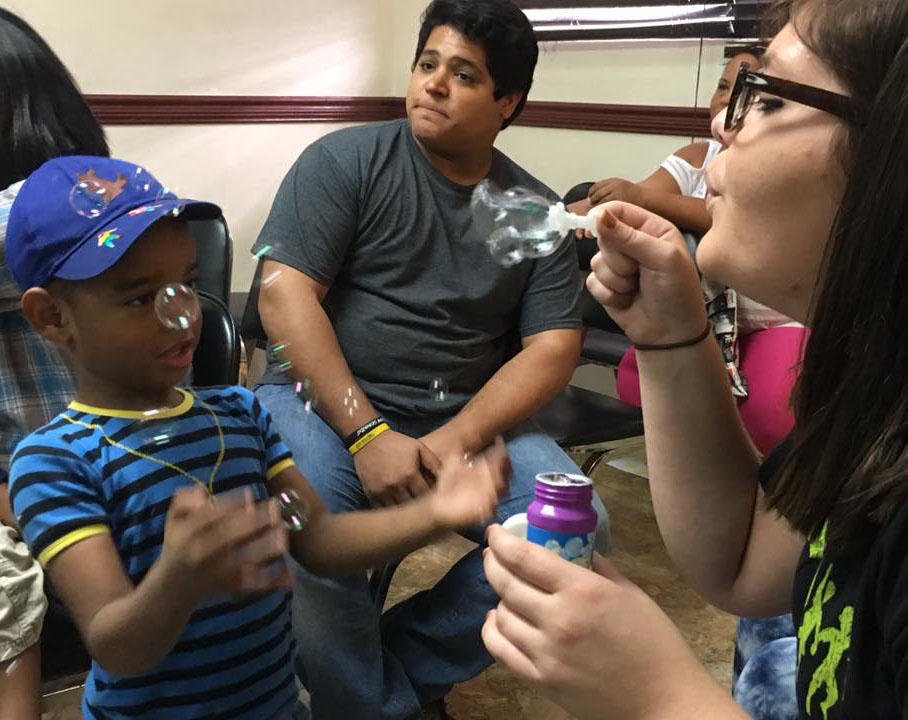 Bubbles are everything in a CURE hospital waiting room.

On Clubfoot Clinic Day, I met the kid that changed it all. They say when you visit a CURE hospital, chances are you are going to meet a lot of special kids, but one is going to tug on your heart in surprising ways. I met a girl in the Philippines that gave meaning to my life in ways that are far too much to say for this one story.  So, my hopes of having another awesome encounter were not very high for the DR. But, since God knew every thought and conflicting emotion I was struggling with, He did not fail when He introduced me to Stiven.

Stiven was an older kid in the waiting room at CURE Dominicana on Clubfoot Clinic Day, and when I first saw him, I could tell balloons and bubbles just were not going to cut it. He was a cool kid; too old for bubbles and kids games (or so he thought). So, a rocket ship sticker to go on the back of his phone was all that would do. Seeing that I was not going to get much more out of him, I moved on to the next kid that I could love on with bubbles. I wished him well as I left.

Later that day, after the waiting room had slowly emptied, we moved to the Children’s Ward to see what kind of work we could do in there.  Low and behold, my new pal Stiven was there! He probably thought I was crazy, but I was determined to be friends with him and I was not going to let his big-kid mindset get in the way of such an awesome friendship. So I didn’t. With the help of our awesome translator, Sam, Stiven and I became quick friends and ended up having a huge dance party in the Children’s Ward. 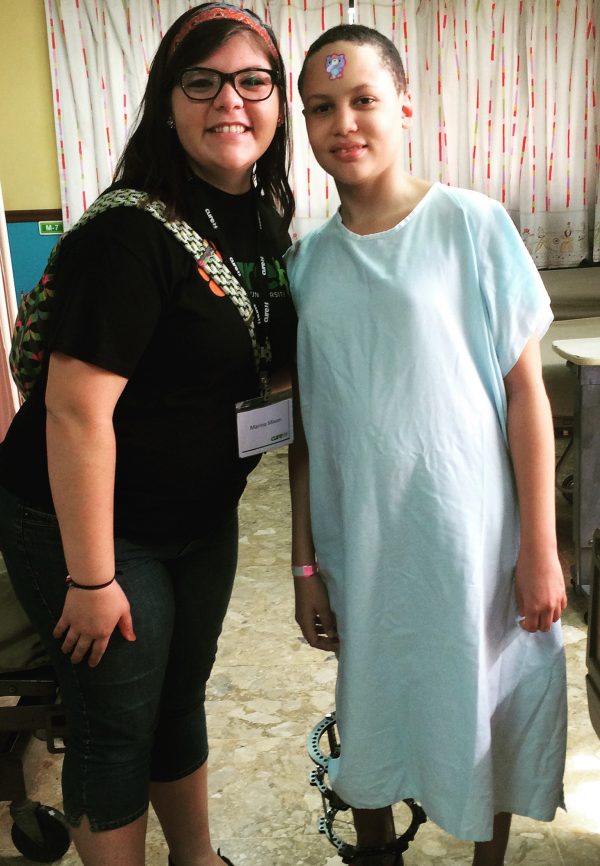 Let me tell you friends, these CUREkids have some serious dance moves, even with external fixators on their legs! Stiven was a superstar! We laughed and laughed. I laughed for fun; Stiven laughed at my poor ability to speak Spanish and my thick southern accent while trying to speak in his language. By the end of the day, we had showered him in cards, stickers, and enough laughable memories to last him a whole year. He was the kid I needed in order to see what God had been showing me all along.

The God I serve, He is massive. My third-year college brain is definitely not big enough to comprehend all that God has to offer me in this life. As I sat with my incredible team after a night of devotions and testimonies that could have only been so perfectly orchestrated by the Maestro Himself, I saw how truly grand God is. The same God that “called me out upon the waters,” who led me far out of my comfort zone and did amazing things in my life, was the very same God that was doing incredible works in the Dominican Republic. He is the very same God that is in total control of my life at home. The year 2016 had been a rough year, but my God has His hands in my life, and in the lives of the people in the DR, in the Philippines, and all over the world. My circumstances may be too big for me, but they are never too big for Him because He is bigger than it all. The whole world is in His hands, and I’m just along for the ride while getting to witness His magnificence in it all. 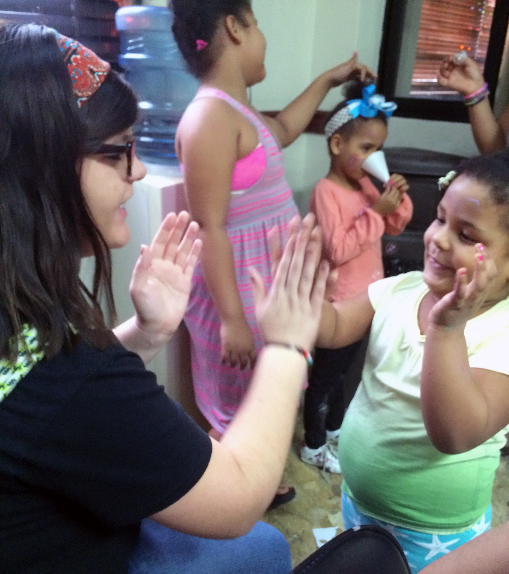 You can make friends with anyone if you know how to play the same game.

I have been honored to lead worship for both trips that I served on with CURE. Each trip had a specific song that just sticks and fits with the experience. With this past trip, we happened to sing “I Will Follow” by Chris Tomlin quite often. As I sit now, recalling my time spent in both places, feeling the amazing awe of the God I serve, I have peace about finals, post-graduation plans, and everything else going on in my life because I know that:

That my friends is a beautiful reminder that no matter how small we feel, we are sheltered, guided, and loved by a God that is bigger than anything we can imagine. That’s pretty amazing.