It’s been a year since I first met Charles. He was lying on a bed wailing in pain. The first couple weeks I knew him he was like that: immobile and constantly crying. When he wasn’t crying, his eyes were glazed over from painkillers. His pain was just so raw that you wanted to cry with him. 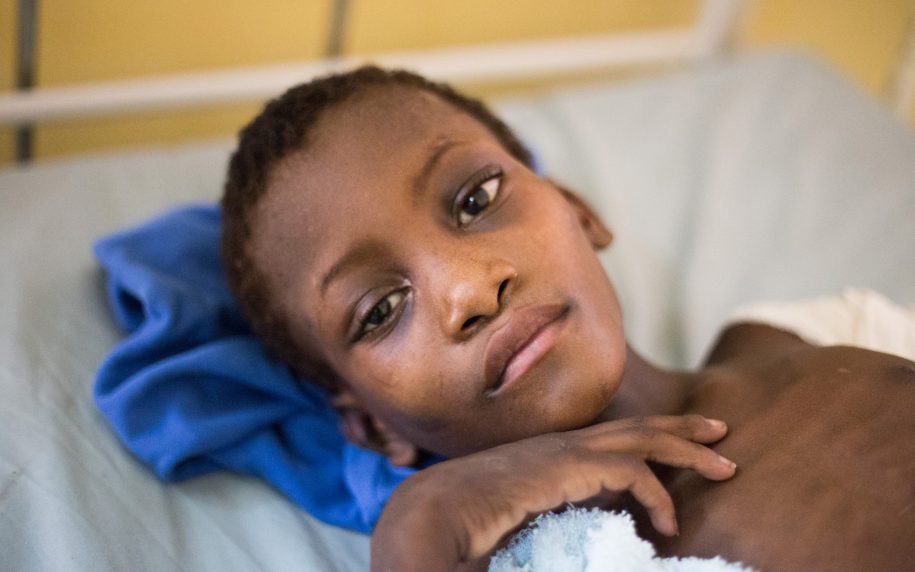 The first couple of days Charles was crying, so I didn’t feel comfortable taking a photo for his CUREkids profile. This photo was taken after a couple of days and some strong medication.

Charles was walking to school in September 2015 when he was hit by a truck. He was rushed to a local hospital, where his right leg was amputated at the knee as well as his entire left arm. His left leg and pelvis were fractured as well, and he sustained a head injury. Most of the doctors did not think he would make it. He was malnourished before the accident. By the time he was referred to CURE a few months later, he was barely there; his ribs were sticking out of his skinny chest. When he arrived, there wasn’t much more to do in terms of operation; really, all he needed was rest, food, and daily wound care. He needed a lot of attention and quality care. After his arrival, I got the sense that his previous doctors didn’t communicate to him or his grandmother about what would happen next, and he had no continuity of nurses or doctors. Public hospitals don’t feed their patients in Malawi, so Charles’ grandmother had to provide food for him. 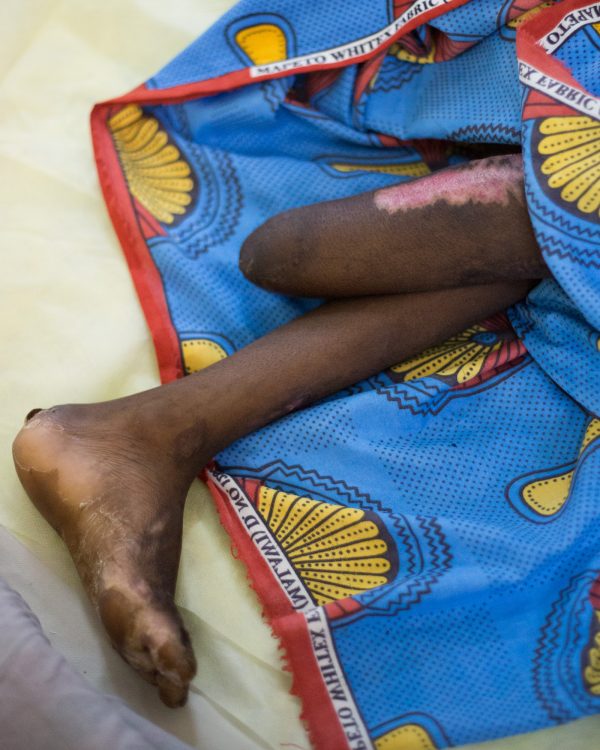 When he came to CURE, it was under the pretense of revising his leg amputation, but I’m pretty sure that Dr. James just saw him at Queen’s Hospital and decided someone needed to take care of him, since ultimately, he didn’t need a revision to his stump.  He was put on a high-protein diet and received dressings for his pelvis fracture. Other than that, we just let him be. It was a slow transformation. This broken, seven year old lying in bed, his pitiful little body curled up and weeping, gradually became someone else entirely. 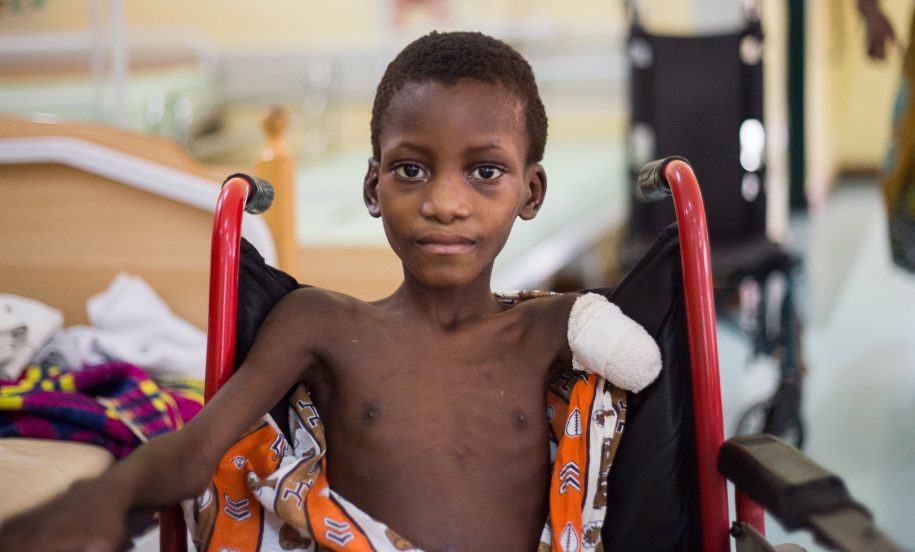 One day, I found him sitting in a wheelchair. His face was still long and deadpan. He wouldn’t smile, but neither was he crying. He was sitting! 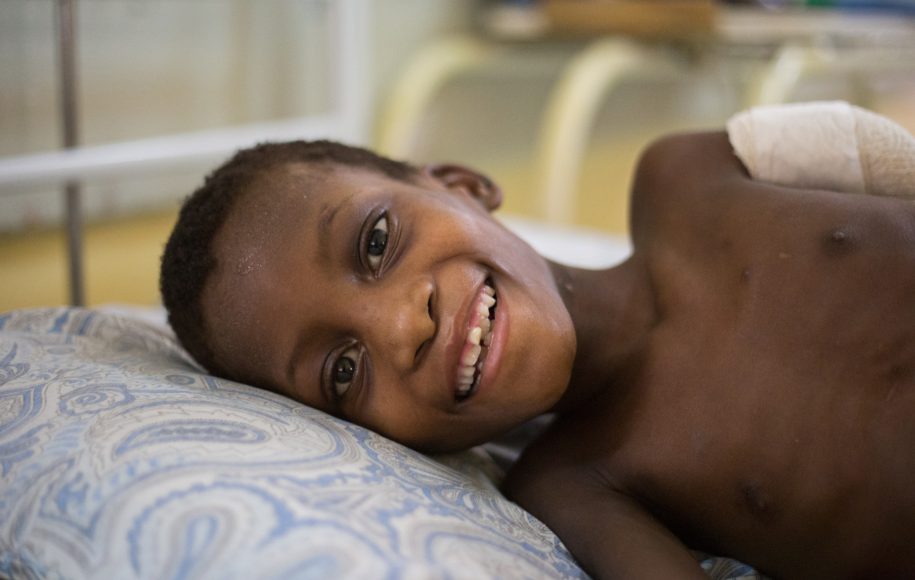 I still remember how happy I was the first time he smiled for me. Can you imagine seeing a kid smile for the first time in months after such a tragedy? It makes you want to cry almost as much as witnessing his previous pain. He had such a wonderful smile, too. It was happy and genuine despite what he had lost. 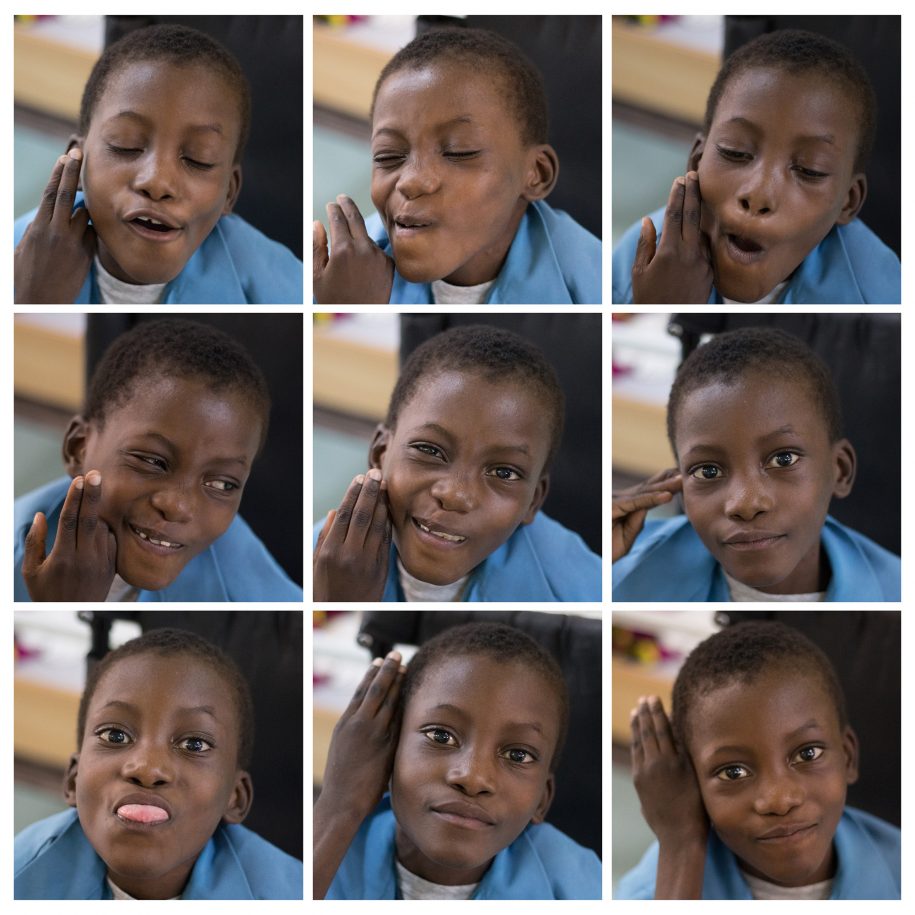 Slowly, it was revealed that Charles was actually a very goofy boy with a great sense of humor who loved making faces at the camera as much as the next kid.  He loved taking selfies on my cell phone.

It made my heart sing to see him smile and goof off. 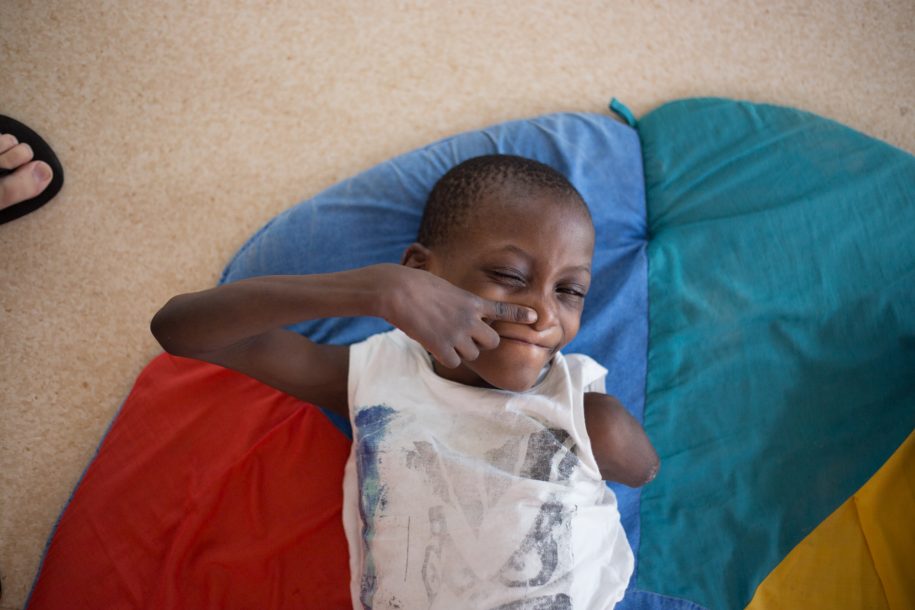 After several months, Charles was doing well enough that he was able to get a prosthetic and walk his first steps with the physiotherapist. 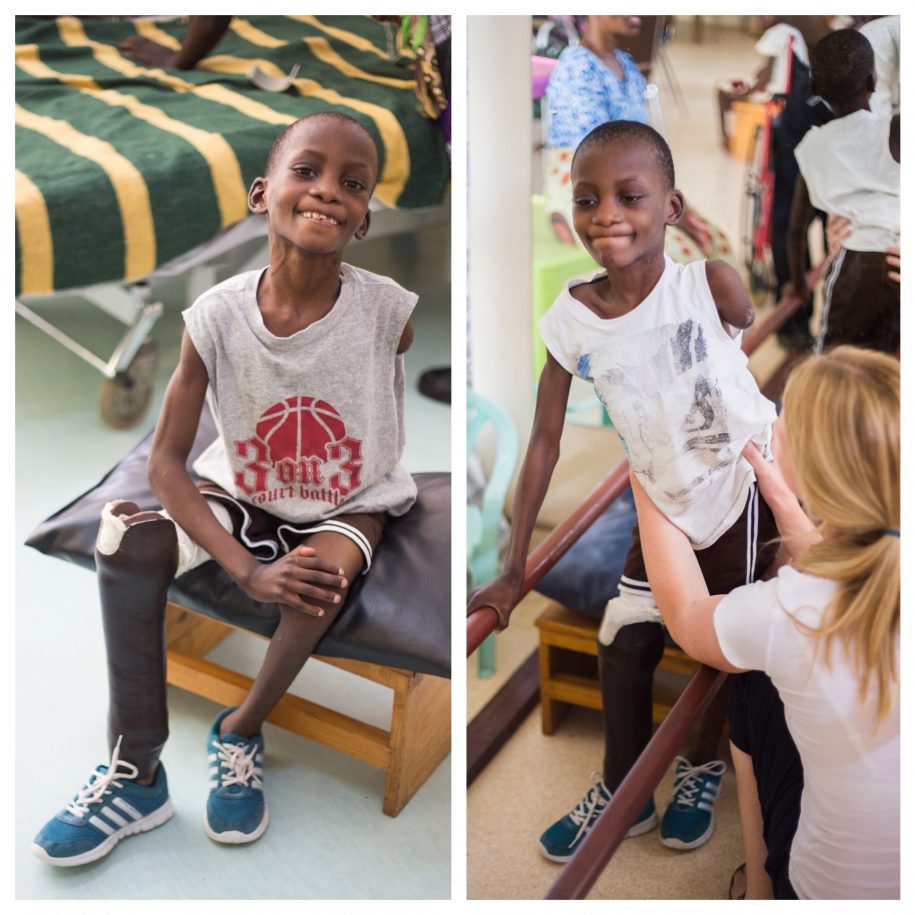 L: Charles was so proud and happy to get his prosthetic finally! R: Charles takes his first few steps on his prosthetic with therapist Sarah’s help. His pelvic and femoral fracture were still healing, so it caused him a bit of pain, but he soldiered on!

I’m not sure what the lesson of this story is. Maybe it’s of the miracle of our human bodies, which can recover from such great tragedies. Maybe it’s that the real before and after isn’t the healed condition, but this child’s joy from being healed of pain. Maybe it’s hidden in the story of his grandmother who faithfully took care of Charles at the hospital for months on end.

For me, the lesson is the example that Charles gave to me. This boy had almost nothing in life but his body and strength, and then he lost a great deal of that. After he was out of the valley of pain, despite his loss, he handled the situation with such grace and joy. Whenever something even remotely upsetting happens to me, I have a tendency to be sad for days, weeks, or months. This little boy literally lost an arm and a leg, and he didn’t let it change who he was. After his body recovered from the pain, he wasn’t sad, or ashamed; he was just happy, funny, and completely himself. I pray he remains that way, and that God uses him to do great things in life through his joy and courage. 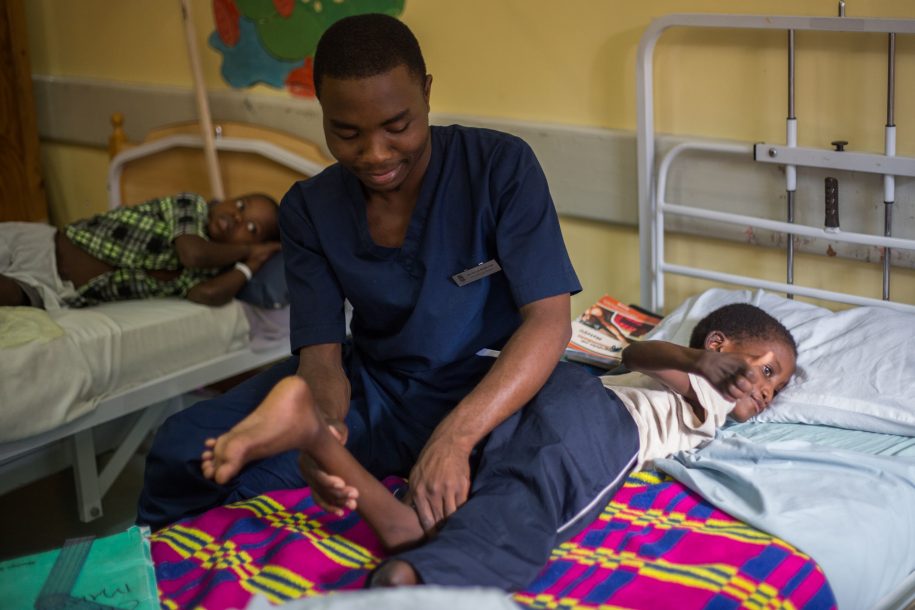 Charles gives a thumbs up during physical therapy after a plate was taken out of the fractured femur on his left leg.