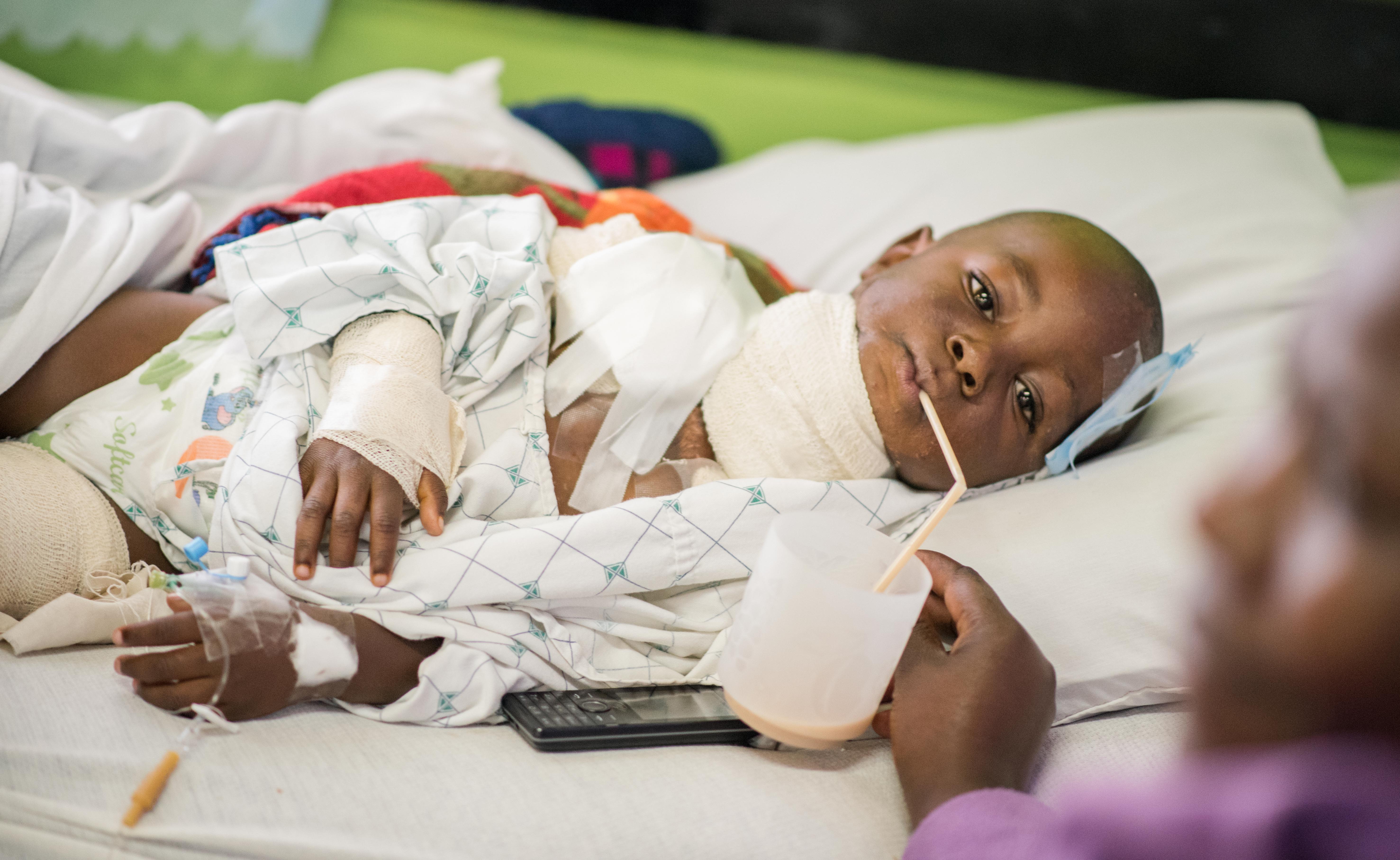 “That is a day I won’t forget soon. It was in the evening, I had decided to do some laundry before the day was over so I placed Dennis on a seat nearby as I did the laundry not so far away. He was only four months old then. After a while I heard some commotion. Going to check, I found my son inside a sauce pan with boiling water. We rushed him to the hospital where he was admitted for eight months. Now I see him and thank God for how far he has brought us.”

Nelson Muoki Nelson is a CURE Storyteller at the AIC-CURE International Hospital in Kijabe, Kenya.