News & Stories At the end of a rope

At the end of a rope 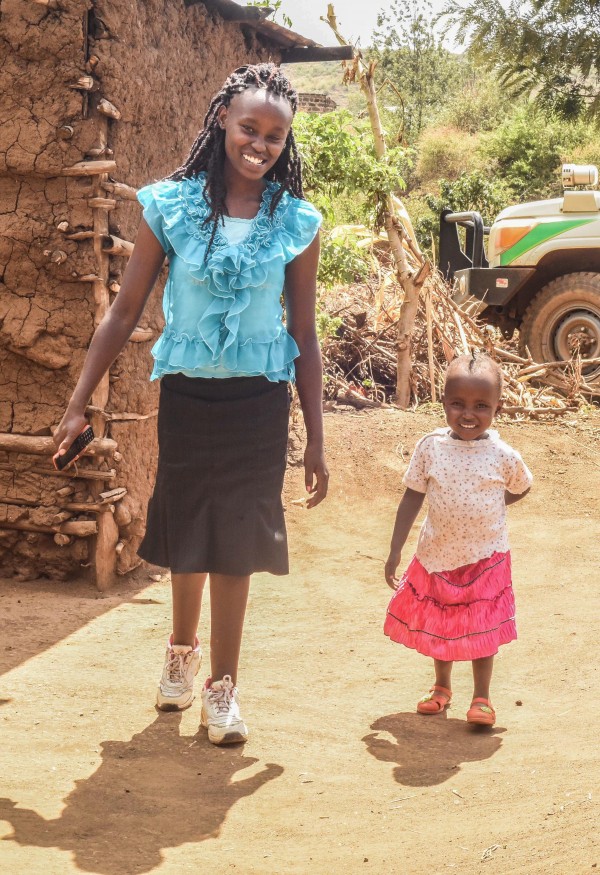 Nancy walks in her straight feet with her daughter, Joy.

“Sometimes we can only see right around us, so I was fearing so much. But God knew what was in the future,” Nancy recounted as she explained her journey with CURE. Nancy Wanjiru, now 22 years old, was the first patient I ever met in Kenya. She had come to the hospital for a bad infection on her previously corrected clubfoot. We spent each afternoon at her bedside talking, reading, and being silly. She taught me my first words of Swahili, “kuja hapa,” meaning “come here.” She said it would be useful for me so I could get the kids to come to me, but I think, now, about all the times Jesus called His people to return, to follow, to come to Him. For Nancy, He called her over and over until she finally answered.

Nancy was born with clubfoot on both sides, and has been living with her grandmother ever since. “My grandmother told me that it’s probable that [my mother] saw the shape of my feet and thought I would never walk, so she just abandoned me.” Nancy adapted to walking on her deformed feet, but once she became a teenager, she was ready for help. “I would go to those organizations that are supposed to help people with disabilities. All they would do is just make us do registration and no help would ever go to us,” she explained with frustration. By eighth grade, she was no longer able to pay for school fees and had to drop out in order to find work. 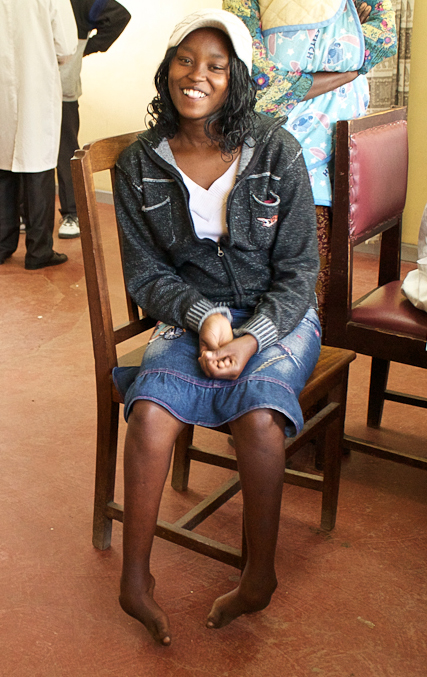 Our first photo of Nancy, taken long before surgery

One day, in 2010, when walking home from work, she met a stranger who noticed her deformity and told her about a doctor who might be able to help her. Hesitant, Nancy eventually found CURE’s mobile clinic in Nakuru. “I heard them talk about surgery and I knew I would need a lot of money, which we didn’t have. When I went back home and told my grandmother about it, she was nervous and since I was already walking, I decided to not to go back.” This was the beginning of Nancy’s long journey with CURE, as the staff wasn’t willing to leave her alone. She was called a few months later asking why she never showed up. CURE social workers even stopped by her place on their round of home visits and gave her a date to come for surgery. Still, Nancy didn’t show.

“My family did not want the surgery. We did not trust those things,” Nancy admitted. “I remember Livingstone (a CURE staff member) would call to ask why I was not coming, and I would give all sorts of excuses. At some point he even threatened to call the chief and report me,” she laughed. More than a year went by avoiding the surgery. Nancy was working in a field making 50 cents a day to support herself and her grandmother when she found she was pregnant. “God blessed me with Joy, my daughter, but her father abandoned me because of my disability,” she explained. Nancy was now trying to support the three of them with severe clubfoot when CURE called again. “That was the first time I told them I had a baby. I was fearing what they would say,” she admitted. “But they told me to bring Joy to the hospital and someone would watch her so I could have my surgery. They told me not to think about the money anymore, just to come.” 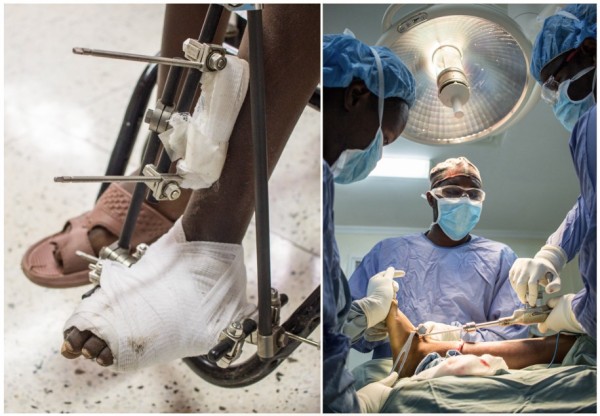 Dealing with an infection

Nancy arrived at CURE in 2014 with her aunt and her baby girl for her first operation, and in early 2015, she came back for her second foot to be corrected. The procedures went well, but when she came in for a follow-up, doctors found the foot had been infected. Dr. Mailu explained that less than 2% of these cases result with this kind of infection. “But I know to you, it doesn’t happen to 2% of people, it happened to you,” he said to Nancy, understanding how she felt. Nancy recounted the period of darkness and regret she went through, “I remember when they exposed the wound from the plaster, I saw the infection and I regretted having ever come to CURE for the surgery. It didn’t look like it was ever going to heal.” 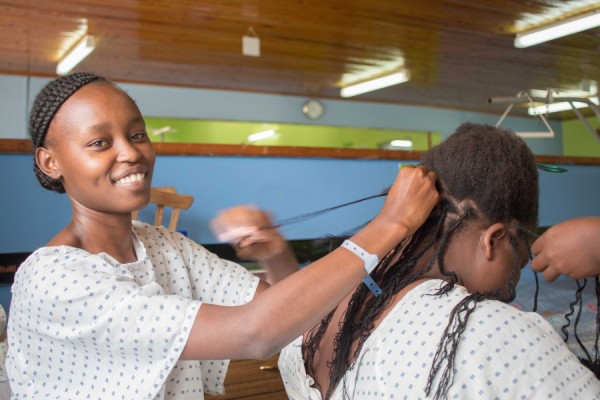 Nancy’s story isn’t a perfect one. It hasn’t been an easy one. But as she recalls now, she is so grateful for God pursuing her. “Without coming to CURE, I would never have met all these people. With my disability, sometimes I would find my friends were not my real friends. But now, the people at CURE are real to me,” she expressed. Nancy remembers every time a member of the spiritual team prayed with her, she remembers every kind word, every follow-up call, and every get-well message. The last time Nancy was admitted for her infection, she wrote a letter to thank all her supporters. “You guys make me want to exist in this world. My life had reached into an end, but you made me want to survive,” she wrote. “I had seen in the Bible, it tells us God is husband to widows and father to orphans, so I dearly stand by His word and now am seeing His hands.” 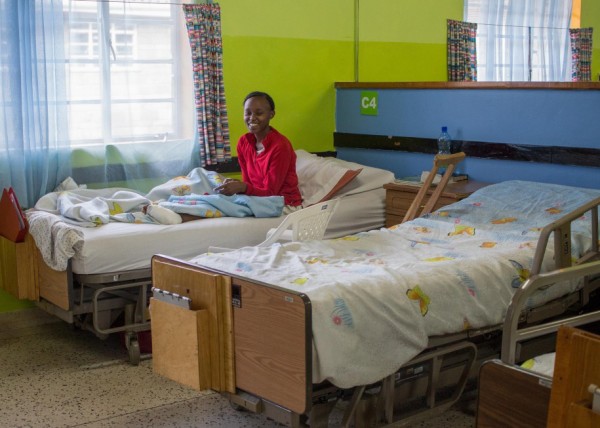 When I first met Nancy, she told me just a little about her background. She talked about Joy and how much she loves mangos, she sang to me her favorite hymns, and she encouraged me. When I asked about her mother leaving, she told me, “I have not seen her even once. But if she came back today, I would forgive her,” and I was taken aback. Nancy is a fighter with so much faith in God, even when she sees hopelessness all around her. She is still battling a small infection on her foot, but is coming to all of her follow-up appointments, determined to be free of it. Nancy has grown from a teenager to an adult, become a mother, all the while, walking alongside CURE. I am thankful to know Nancy and am even more grateful that we serve a God who seeks us—who persistently invites us to come to Him.

You can follow Nancy’s updates and send her get well messages through her CUREkids profile, at https://cure.org/curekids/kenya/2015/01/nancy/.