Resilience, determination, and a restored faith One grandfather’s struggle to find healing for his granddaughter

Mwamba stares at the camera with a confident yet unsure smile. It has been a long journey to her healing, and her relaxed yet shy demeanor shows her victory.

Like any other child at the age of three, Mwamba loved playing in the backyard. It was during one of these innocent playtimes that her little life and that of those around her changed. Mwamba was running around in the yard when she decided to jump over a pot of boiling hot water, which was set aside for their morning tea. Unfortunately, her little legs miscalculated the danger involved. She tripped on the pot, and all the contents of it spilled on her little body. She was rushed to the local hospital. Her screams of pain also alerted her grandfather, Patrick. Without hesitation, he decided to rush to the local hospital, where he found his wife and granddaughter in the clinic. The clinic was not used to handling such severe burns. They decided to refer Mwamba to a bigger hospital. It was at this hospital that Patrick’s faith was severely tested. 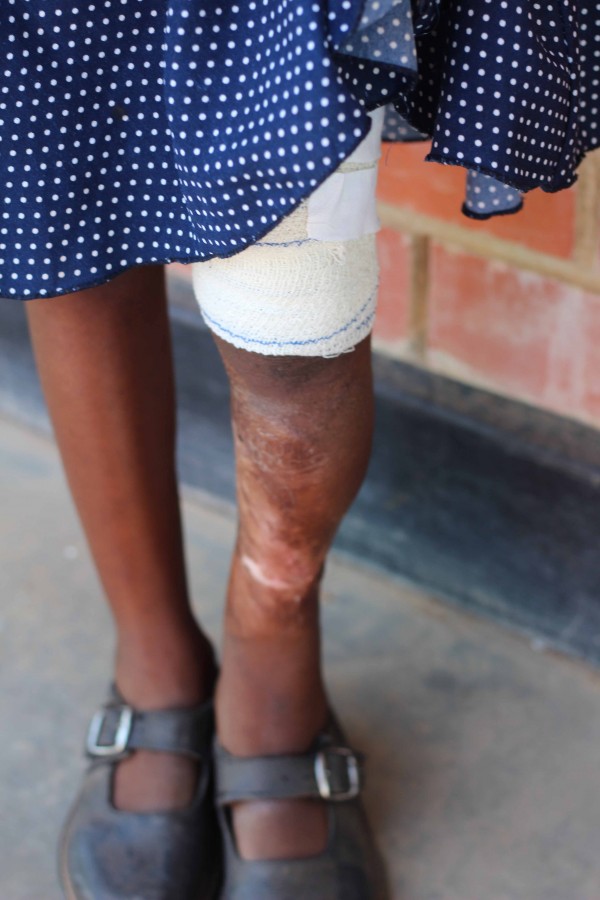 Mwamba’s leg was burned as a toddler. She found healing at the CURE hospital.

While in the new hospital, Patrick observed that Mwamba’s wounds were not getting any better. He was not satisfied with the level of care and attention she was receiving, and he feared that he would watch his granddaughter rot and die in his presence. Patrick’s assumption was that the hospital’s staff were afraid to touch the burn wounds. He refused to let this be the end of Mwamba’s life story.

Patrick decided to act and get Mwamba out of hospital without the consent of the medical staff. In anger, the doctor wrote “ALM,” meaning “Leaving Without Medical Advice” on Mwamba’s file. The hospital took this as a precaution, saying that they would not be responsible for any misfortune that happened to Mwamba after Patrick left the hospital.

Back home, Mwamba’s sickness put a strain on her parents’ marriage. Her father lost hope and gave up on his daughter and walked out of the family home.

With nowhere else to turn to, Patrick decided to go to a traditional herbalist, who said he could heal Mwamba’s wounds. For the next couple of months, the herbalist worked on Mwamba, and the wounds contracted and healed. Sadly, no physiotherapy was rendered on Mwamba to counter the skin contraction, and this would greatly affect her in the future.

Patrick and Mwamba returned home feeling a bit better, though their spirits were shattered by this tough experience. When Patrick’s elder brother came to see them, he was shocked when he saw Mwamba. She looked pale, and he advised Patrick to go back to the hospital they had come from earlier on because it looked like Mwamba needed blood. 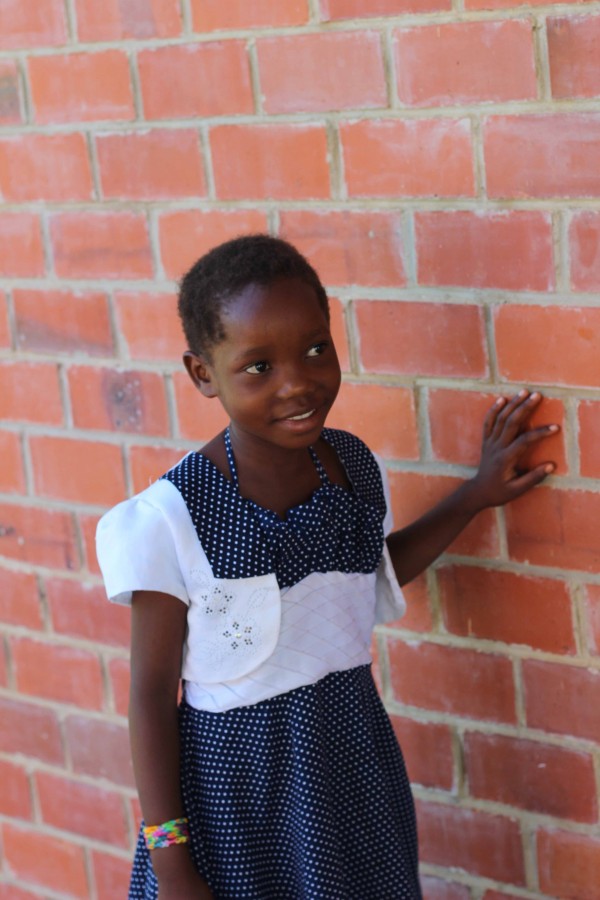 Mwamba after she was treated for her burn contractures.

When Patrick got to the hospital, he found the same doctor who had advised them not to leave. The doctor was angry that they had left in the first place, and he started calling Patrick a wizard. These accusations hurt Patrick, who was already feeling low in spirit. The doctor went on to tell Patrick that there was no hope and that Mwamba would die within 24 hours! To make matters worse, there was no blood at the blood bank. Never one to give up, Patrick decided to donate blood, which was needed for the transfusion. Mwamba was able to recover, and they spent two weeks in hospital.

Shortly after they got home, Mwamba’s grandmother died, and this was a devastating and heartbreaking blow for Patrick and Mwamba. To top it all, Mwamba had lost mobility; she was not able to walk. For a year, Mwamba was home. One day, Patrick’s former workmate, Mr. Njobvu, came to see Patrick’s home. Mr. Njobvu happened to be the Human Resource Manager of Beit CURE hospital at the time, and he advised Patrick to bring Mwamba to CURE.

Patrick and Mwamba’s first visit to CURE was in 2012. Patrick was humbled by the care that they received, both on a spiritual and physical level. Mwamba was able to receive help for her burn contractures. She was one of the candidates for plastic surgery, and she also received orthopedic surgery because one of her legs was growing longer than the other. Patrick was humbled and amazed by the care that they were given while at CURE. He was speechless when he discovered that the treatment would also be at no cost. This brought so much joy and happiness to him because he is a retired school head teacher who can’t afford hospital bills. 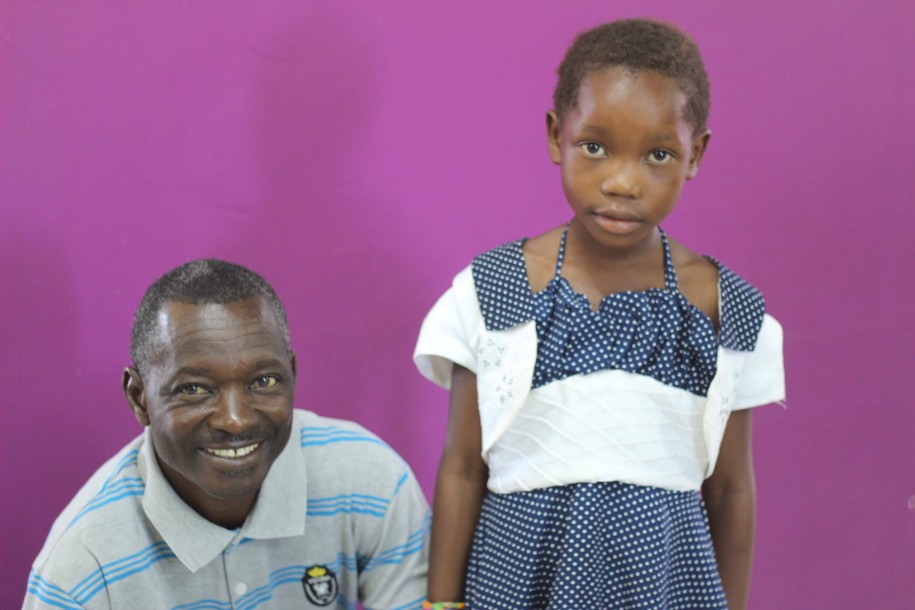 Mwamba and her grandfather. Healing changes everything.

After many hospital visits, in 2015, Mwamba and her grandfather were able to walk out of the hospital with huge grins and smiles on their faces. Letting go of all the pain and resentment harbored was not easy for Patrick, but he managed to forgive everyone, including the doctor who called him a wizard.

Patrick believes that he received a lot of healing as well. Even though his desire was not physical healing like that of Mwamba, he believes that he was able to receive emotional healing, and this has strengthened his faith in God. He was so happy about the care that they received while at CURE that Patrick was willing to do any type of job for free as a sign of gratitude. Patrick is now an ordained church elder at his church, and his faith has been restored because of the blessings that he received.

Mwamba also got her share of happiness. She was able to start first grade in 2014, and she is now a proud second grader. She was also able to walk out of our hospital on her own two feet, and she is finally able to be a normal eight year old. It is hard to believe that this precious doll has spent so much of her life in hospital. God truly extended his hand to touch the wounds and heart of this little girl. 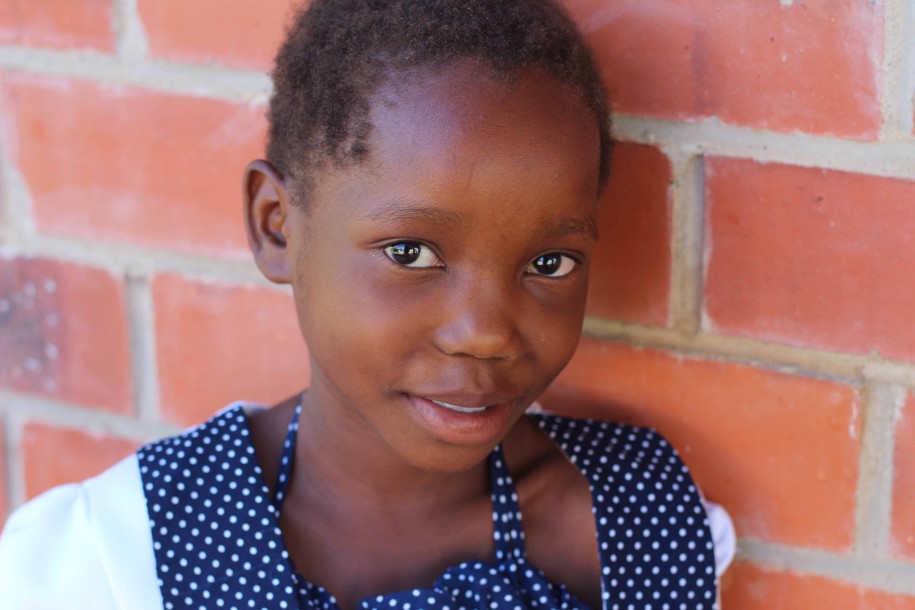 Mwamba and her grandfather taught us so much and were our heros.

Every day at CURE, we meet many mothers and their children. Sometimes, we do not know their stories or how God brought them to us. The love and empathy we extend should be a reflection of God’s heart to them, and we must always strive to show them care and affection. In the case of Patrick, it was touching to see a grandfather go through so much trouble for his grandchild. Even when faced with adversity, he refused to back down and give up. Such resilience and determination is worth emulating. Even though Patrick says he learned a lot from us, we believe that he also taught us the true attributes of going the extra mile, fighting on, and showing people Jesus’s love. His determination also helped us become better people, and that is why we think that Patrick is a hero!