Being a teenager isn’t easy 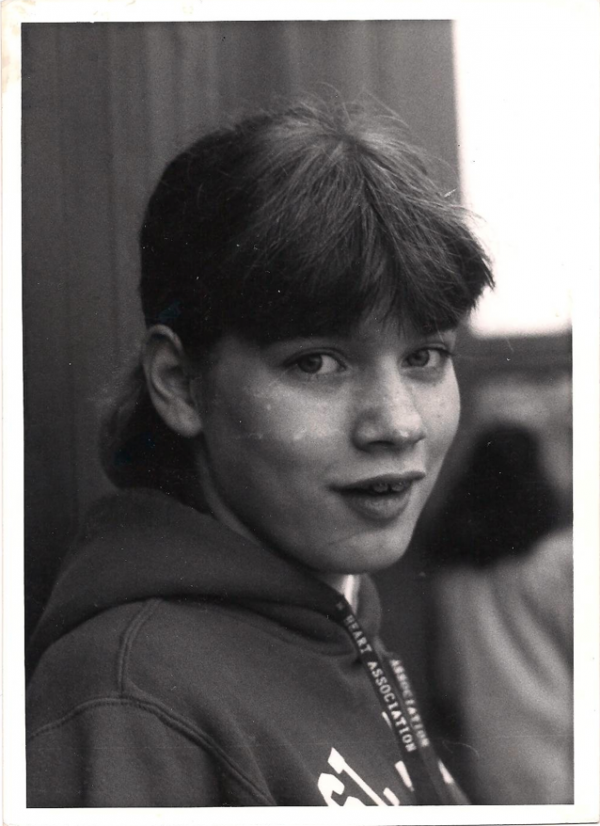 These were my teenage years

Let’s face it. Being a teenager isn’t easy. I was a teen in the late 80s and have fond memories of neon sunglasses, plastic charm necklaces, and countless Swatch watches, along with not-so-fond memories of braces on my crooked teeth, bangs that were usually just a bit too short (thanks to my older sister, the aspiring hairdresser), and the horribly placed pimples that always managed to crop up at the worst times. My high school friends and I laugh that we are so glad the internet didn’t exist when we were teens, saving us from an eternity of reposts and embarrassment. And we were “normal.” Like, totally. But we were self conscious as heck.

We see teenagers on a weekly basis at Tebow CURE Hospital. Instead of braces on their teeth, they have big, bulky braces on their legs—that is, if they’re not saddled by a wheelchair. They would gladly wear short, crooked bangs if it meant trading in the permanent burn scars on their bodies. And a pimple? Laughable compared to their clubfeet that people have stared at since birth. They deal with whispers, questions, and teasing daily, yet a handful of these kids amaze us with their ability to “rise above” and still be normal teens. Although I’m old enough to be mom to all of these kids, they inspire me with their confidence, their mature, outgoing demeanor towards everyone, and their trusting, open-door approach to friendships. Let me introduce you to four of these wonderful teenagers. 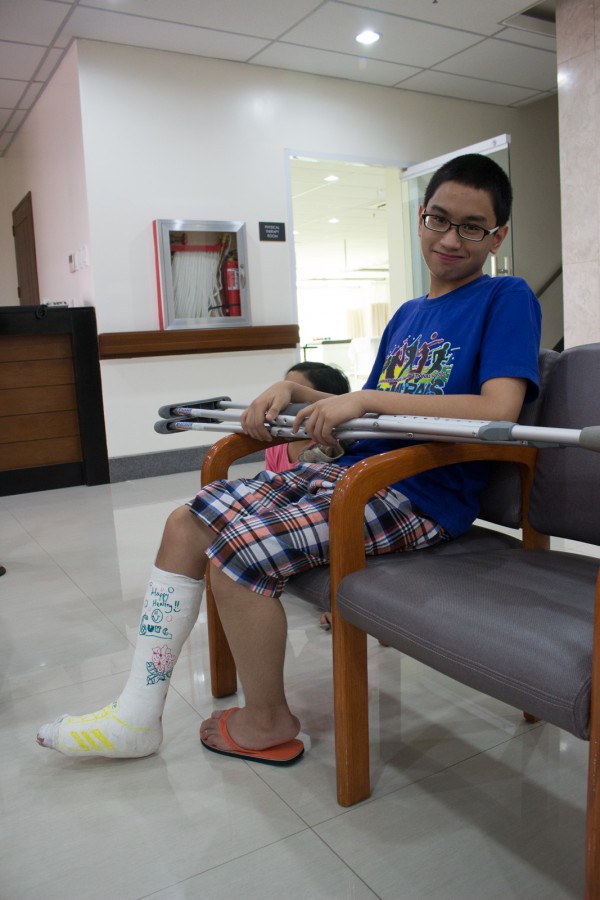 Kleizmer is the resident comedian, full of goofy pop culture references and wisecracks that don’t stop. Kleiz always keeps us laughing with his good, old-fashioned chutzpah. Kleiz had what was considered a minor operation, but he showed us how much work goes into recovery. His achilles tendon was lengthened, and he was in the physical training room week after week, learning to walk correctly. It was never without commentary or comment, though. One week he was doing balancing exercises and told us in an exasperated tone, “I build computers; I don’t do yoga!” Another day he scolded us with a smile for publishing a picture of his little sister decorating his cast. He told us “It’s not fair, I’m doing all the work! Why does she get the glory?!” All joking aside, Kleiz’s boldness also helped calm a nervous patient who was going through the same procedure. Without hesitation, Kleiz hung out with him and told him it’d all be OK. His confidence is hard to top. 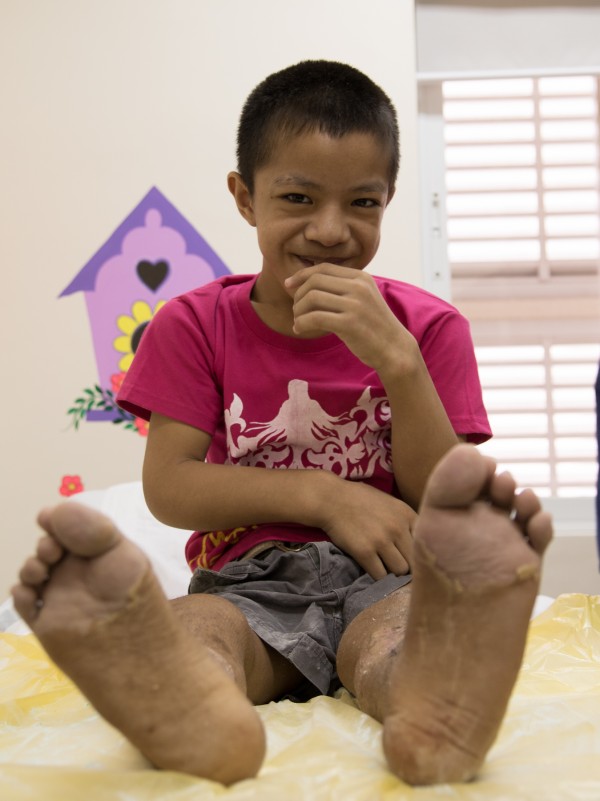 The only child of two of the coolest parents we’ve ever met, J-Vie follows closely in dad Joel and mom Elvie’s footsteps. He inherited Elvie’s condition, which causes severely deformed bones, making it very hard to walk. J-Vie made the difficult decision to take a year off of school to focus solely on healing and physical therapy, and now, just a few months after major surgery on both legs, he’s already walking again. He visits his school on occasion just to touch base. He recently invited several of the staff members to his 14th birthday, and it was standing room only. This kid knows how to party! When he’s not busy walking all over, he makes goofy Dubsmash videos and shows them to us during his follow up appointments, or quietly chats with Dr. Reyes about his secret crush, whom Dr. Reyes has yet to divulge. The guys have to stick together! 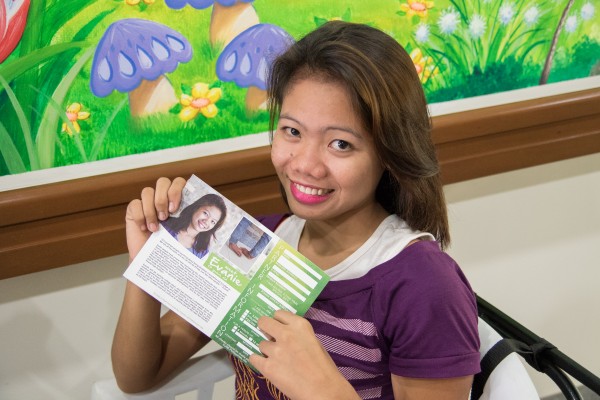 This amazing girl has already accomplished so much

At 16, Evanie has already accomplished more than most of us probably will… ever. She’s on the worship team at her church, she is secretary of her small town’s local government, and president of the town’s Persons with Disabilities Organization. She openly says that she wants to prove to the world that having a physical disability doesn’t have to slow you down, and that those with disabilities are just like everyone else. She has already proved that. She is a high achiever and was anxious to seize the opportunity to excel even more by having her clubfeet corrected, but it’s refreshing to see Evanie expose her “inner teenage girl” on occasion. Evanie always makes sure her makeup, hair, and smile are all perfect before we take any pictures of her! She makes beauty, inside and out, look effortless. 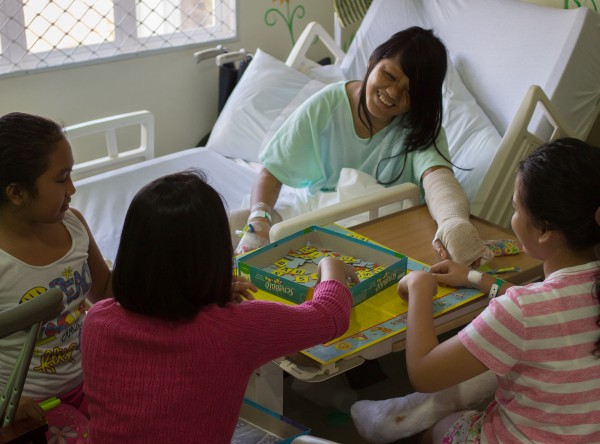 Kimberly’s world was rocked when, at 13, her village was attacked and burned by rebels. Several of her family members were killed. She lost both legs and suffered severe burns to her face and arm. She was an aspiring volleyball player, and instead of playing the victim, she decided that she needed to find a new passion. She took up singing and, now five years later, has a voice that would make most celebrities jealous. Instead of hiding from the world like we did as teens every time we got a pimple, she is living life, most recently on her new prosthetic legs. She tags us in inspiring Facebook posts and messages us on a regular basis, just to let us know that she’s praying for us and that she’s thinking about us at the Tebow CURE hospital. We covet every prayer this girl says.

Just four kids and four condensed stories. We could easily write volumes of books on the kids we serve at CURE. We’ve loved watching them smudge that line between being a “normal” teen and one with a disability, although mentally, it’s been smudged all along. Scott Hamilton said “The only disability in life is a bad attitude.” It’s a controversial quote; on one hand, it suggests that if someone has a disability, physical or mental, they can overcome it with a “can-do attitude,” which we know isn’t always the case. But, in the case of these teens, they are overcoming their disabilities with an incredible, hardcore attitude that never ceases to impress me. They are my heroes.