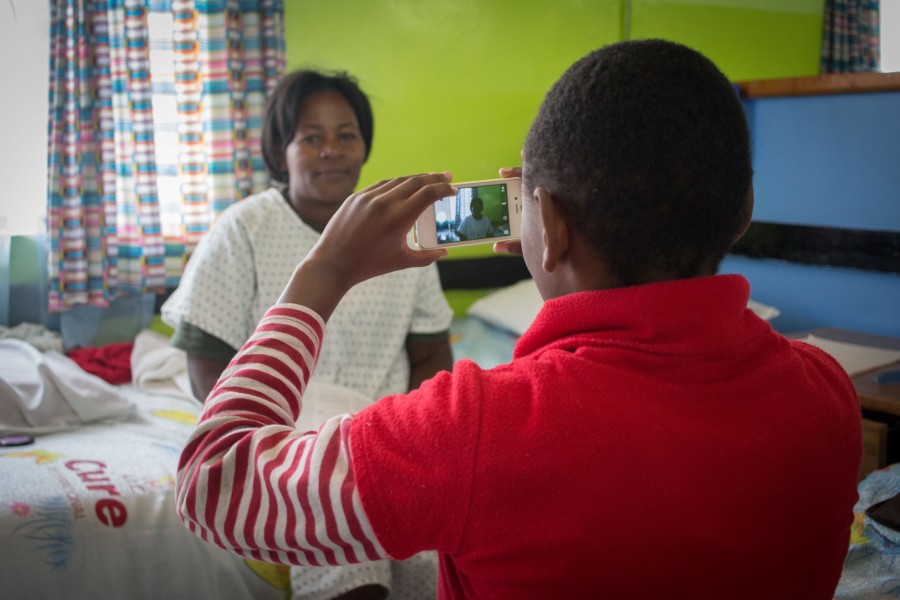 This was a fascinating concept for the kids—a picture of a picture!

When I first came to CURE Kenya, I spoke no Swahili, the local language. Although many families speak English, some children have yet to learn it. It was an uncomfortable feeling to approach these kids with no real way to communicate with them. What I found over the last few weeks is how little words are needed. I began to realize that with a camera in hand, something happened to our dynamic. The children would light up; they would smile, laugh, and motion for me to take a photograph.

With a camera in hand, we are inviting a third friend into our play date, and somehow we don’t need words. Many of these children have never seen a photo of themselves and most have certainly never used a camera. I decided to allow the camera to bridge that language gap.

Right before surgery, I give this little boy a camera phone to play with while he waits—what a smile it brings

Maybe it’s because I’m not coming in with needles or medicine, but now when the patients see me coming with my camera in tow they perk up. They sit up, open their beautiful eyes wide and shyly ask to see what is on that little screen. As a general rule, I am used to children being impatient with very short attention spans. I am used to young teenagers wanting to be left alone or claiming to be bored with anything I deem “cool” or “fun.”

Samuel is completely mesmerized at his own reflection. He sits for a long time, just playing with his face in front of the camera.

But what I see here in Kenya, in a small hospital ward, are kids who are grateful for any visitor—anything to play with.

I wanted to give some kids a chance to be photographers for the day. I knew they would have fun, but mostly I wanted to see things through their eyes. What do they see as beautiful? What a gift to see CURE through the eyes of a child—through the lens of a camera. 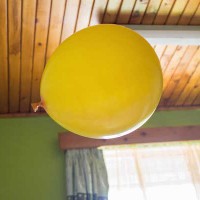 Rebecca, a young teenage patient, asked me to toss the balloon over and over until she could take just the right photo. 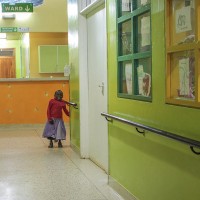 This little girl follows me around the corner after we take a photo together. One wasn’t enough. 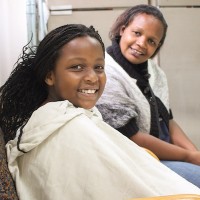 With a little help, this photo is taken by a 5 year-old boy of his sister and mother. He says he wants to be a photographer (and a soccer player). 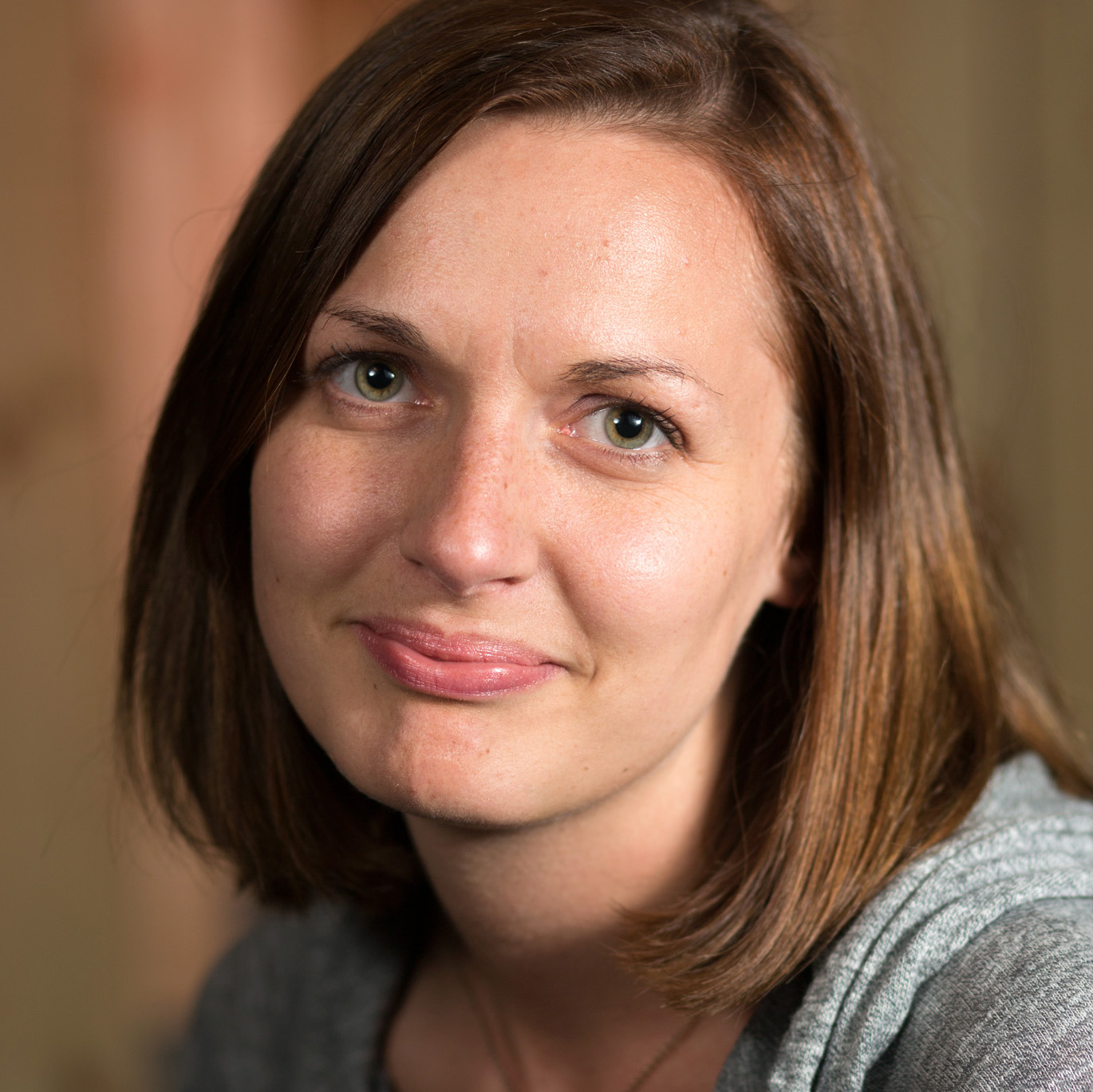 About the Author: Elena Brown

Elena served as a CUREkids Coordinator at CURE Kenya from 2015-2016. Originally from Washington State, she studied film and writing in college and has a passion for learning from children and serving young families. Many of her friends are under the age of five, and she wouldn’t have it any other way. 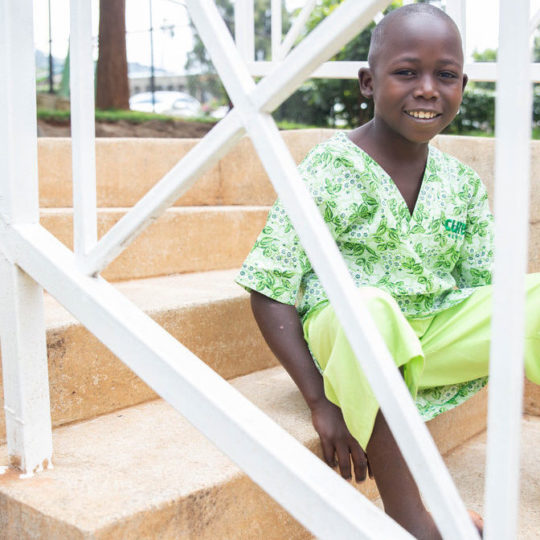 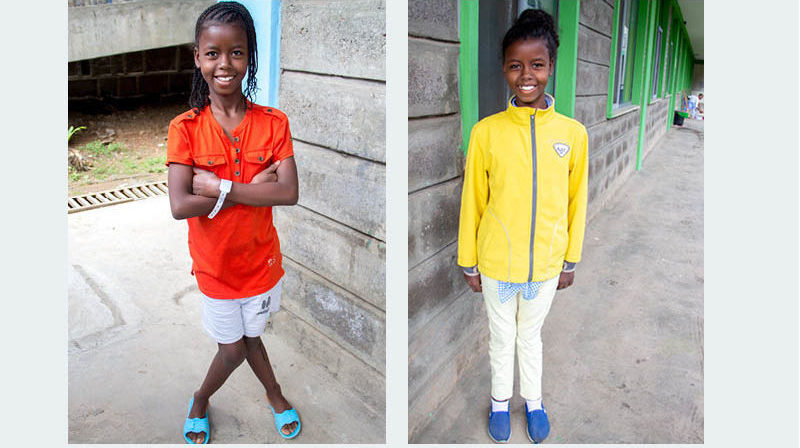