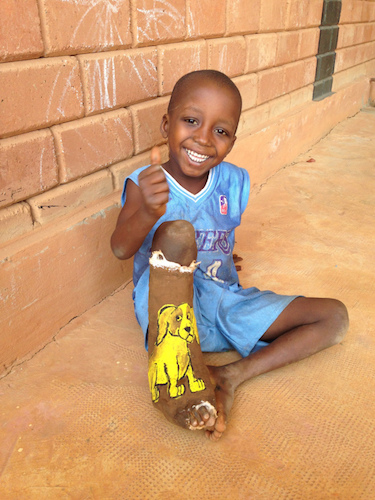 Last week, an unintentional theme started to develop on the casts in the art therapy room at the hospital. All the children had animal casts, and it all started with Abdoulaye. He asked for a giraffe on his cast. Once we did a giraffe, he realized (actually, we both realized) that the possibilities were endless – we could do all kinds of animals.

Something that is great about animals, especially when working with these kids, is that they are universal. Even if you don’t speak the same language, you can act out the animal you are talking about and make the sounds that the animal makes. This is easy with a dog or a cat, but more difficult with other animals. What sound does a lizard make for example? And even with animals that have very familiar or recognizable sounds like dogs or cats, you have to do some guess work, since different countries and cultures have different sounds for different animals. In America, dogs go “Woof woof,” whereas in Israel, dogs go “Hav hav.”

Once Abdoulaye had his giraffe on his cast the other kids started getting into the idea. Soon, they were all coming up with ideas for animals on their casts, and acting out the animal sounds. I’ve written before about how painting on a child’s cast is a great way to bring positive attention to the healing process. I think that having a theme week like we did last week is also a great way to unite the kids and bring emphasis to the fact that they aren’t alone. These kids feel singled out and cursed – a lie that society wants them to believe. But when they’re surrounded by others who are going through the same thing, they no longer feel alone. In fact, they feel special. Who else gets to walk around with awesome animals casts?

As the kids kept coming for art therapy sessions and then returning to the patient guesthouse, they would huddle together and point at each others casts, giggling and talking about the different animals they each had. It was another way to bond and join together in the healing process, another way to recognize the beauty within themselves and also the beauty within their peers. 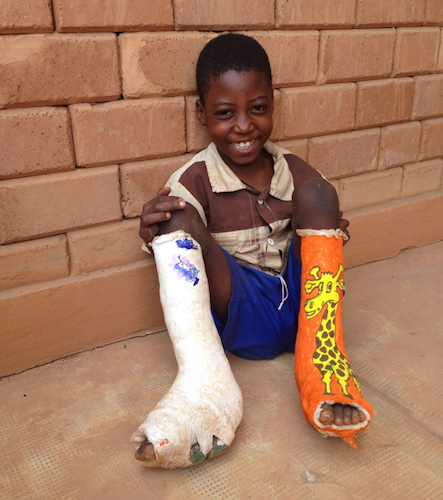 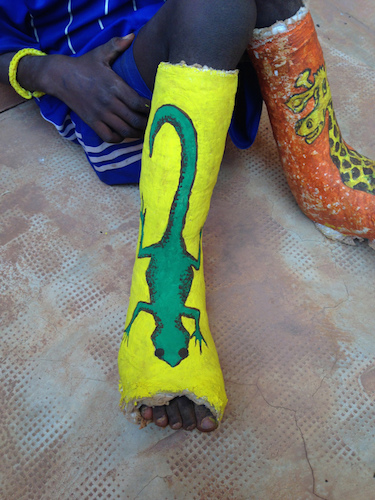 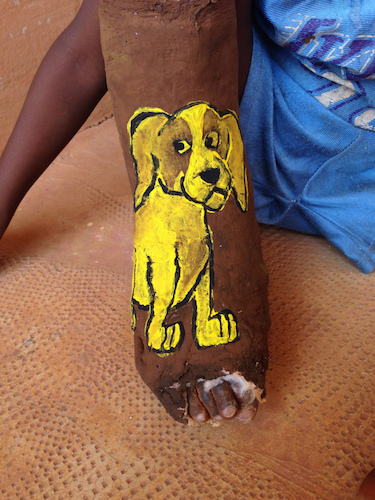 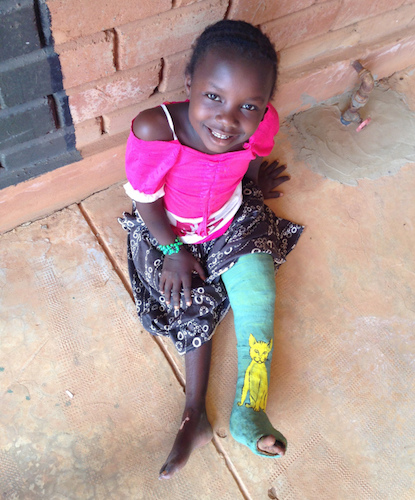 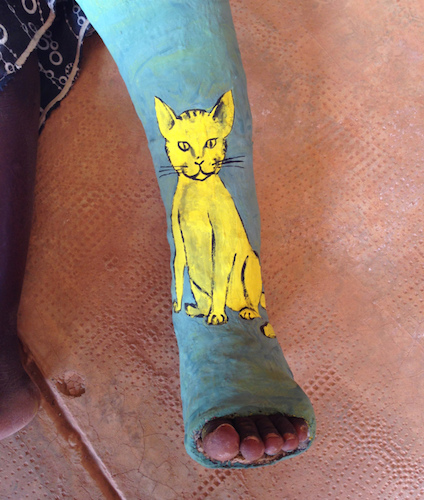 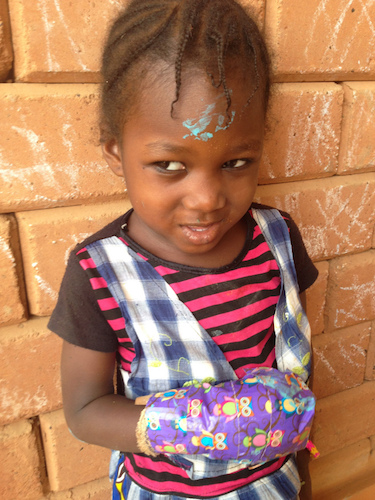