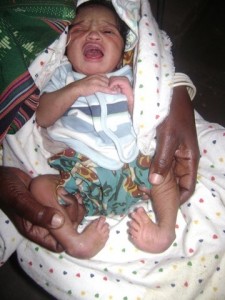 David Niyobyose’s mother died immediately after his birth at home in Nyamasheke, Rwanda. To add to his father, Damien’s, distress, David was born with bilateral clubfoot. No one else in the family had ever seen clubfoot before; however, David’s uncle had heard of the Ponseti treatment available at the local clinic at Gihundwe. David was lucky to be brought to the clinic at one week of age.

At the beginning of the treatment, the father was very quiet. He said little about anything, and especially made no comment about the disability or treatment of his baby. The counselor assumed it was because Damien had only just lost his wife, and visited him many times at home to both support him in his recent loss and encourage him to continue with David’s appointments.

After the second plaster cast was removed from David, Damien realized that his feet were getting better and achieving a good position. He finally spoke, saying, “Now I can say something, because I see that you will be able to treat my child. I am very happy about what you are doing. At least this is some good news I have since I lost my wife. Thank you.” David’s feet are now fully corrected, and he is wearing braces at night. 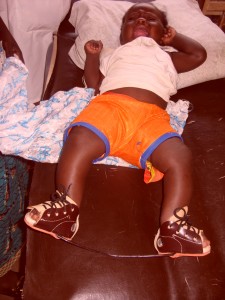 David – after treatment, in brace 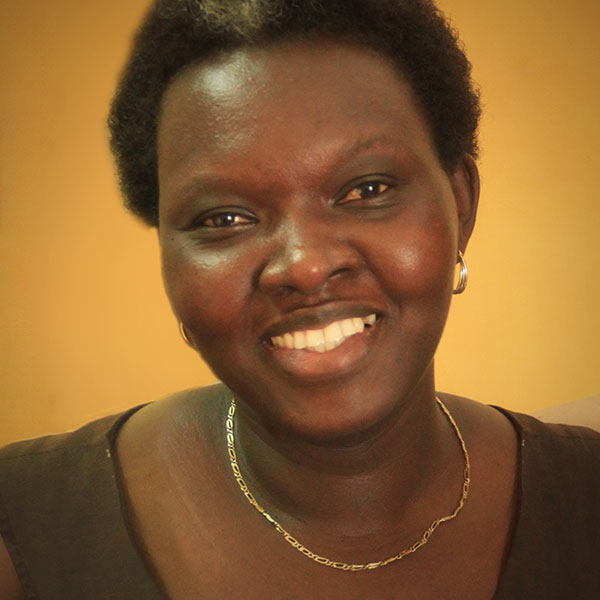 About the Author: Esperance Uwizeye 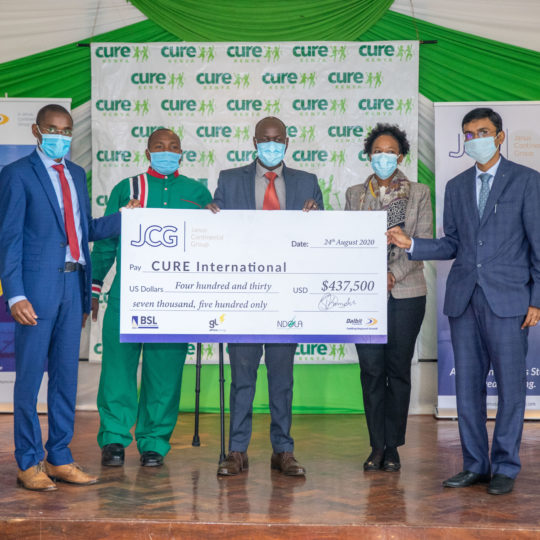 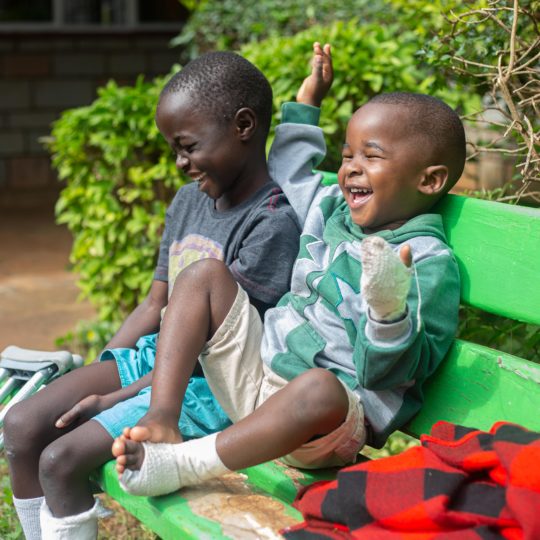