Lemoyne, Pa. October 18, 2010: CURE Children’s Hospital of Niger officially opened today in Niamey, extending a warm welcome to the hundreds of thousands of Nigerien children suffering from physical disabilities like clubfoot, osteomyelitis and other orthopedic deformities.

CURE Children’s Hospital of Niger is the first hospital in the country to offer First-World specialty surgery to children with curable orthopedic disabilities, regardless of their family’s ability to pay. It is operated by CURE International, the developing world’s largest provider of pediatric specialty surgical care. This facility is CURE International’s 11th hospital worldwide, including its sixth in Africa.

“CURE International has brought the hope of healing to the suffering children of Niger, a hope that their families never dreamed was possible,” said Dr. Scott Harrison, CURE International’s president and CEO.  “Niger is one of Africa’s saddest stories. Her people have endured famine, flooding and government upheaval. But an untold story is the plight of the country’s children with physical disabilities. For them, the famine, flooding and government upheaval are but tragic backdrops in an already hopeless life. But today, thanks to the generosity of others half a world away, our hospital changes everything for them.”

The CURE Niger hospital has the capacity to perform more than 2,000 complex orthopedic surgeries every year and will employ more than 100 medical and administrative staff.

Each patient enjoys the benefits of a holistic care program that includes advanced surgical care, daily meals and access to a social services team in an atmosphere designed to provide healing not just for the physical disability, but for the soul as well. This facility also functions as a teaching hospital and will educate Nigerien medical professionals in advanced orthopedic procedures.

Among the world’s poorest countries, Niger’s medical system faces significant challenges in its efforts to care for its population of 15 million. According to a recent World Health Organization report, only one-third of the population even has access to care; the majority depends on traditional medicine.

The situation is much worse for children with physical disabilities. There are fewer than 10 orthopedic surgeons in the entire country and, until now, no hospitals capable of offering them advanced surgery.

By providing expert orthopedic surgery and extending its expertise to others through training, CURE International can expand its reach far beyond Niamey, according to Leron Lehman, CURE Niger’s executive director.

“Our hospital ensures that children with physical disabilities will have the chance to live a normal life,” said Lehman. “In the Western world, you rarely see the types of disabilities we commonly see here, the feet twisted by clubfoot, the legs curved by bone diseases, and the unrepaired limbs shattered by tragic accidents. Here, they are an everyday part of society. CURE Children’s Hospital of Niger will help change this.”

The hospital’s opening was celebrated with a ceremony on October 18. In attendance were CURE cofounders Dr. Harrison and his wife, Sally, and representatives from the Nigerien government and U.S. Embassy in Niger.

CURE International’s mission is to reach the developing world’s children who suffer from curable physical disabilities through a holistic blend of physical and spiritual healing.

Because of limited resources, treating disabilities is not a high priority for most developing countries. This has resulted in a global underclass of people who are neglected, with little hope for an education, employment or an otherwise normal life.

Through its hospitals and initiatives, CURE is leading the way in bringing First-World surgical care to the countries where it is needed the most.

About CURE International
CURE International is a nonprofit organization that transforms the lives of children and their families in the developing world through medical and spiritual healing. The organization has treated more than 1.1 million patients and performed more than 78,000 life-changing surgeries. For more information, go to: www.CURE.org. 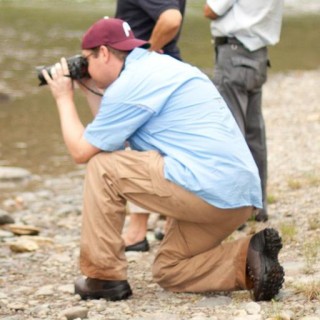 About the Author: Noel Lloyd

Noel Lloyd is CURE's communications specialist and frequent contributor to the blog. He is also an ardent fan of the Philadelphia Phillies and bad sci-fi movies. Noel welcomes your comments and feedback.